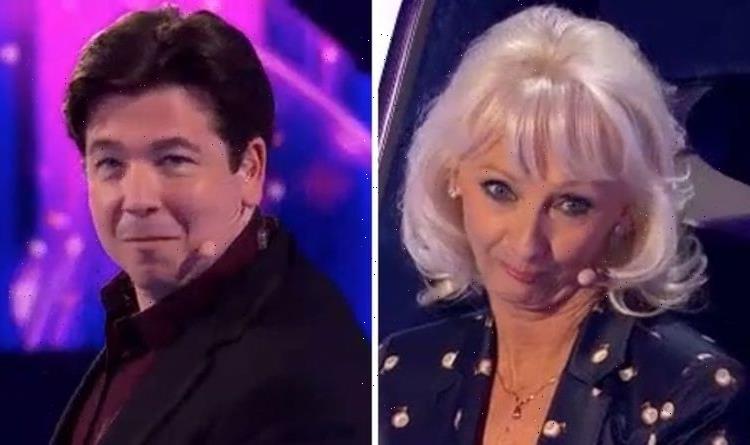 The Wheel: McIntyre desperate to land on Claudia Winkleman

Introducing Debbie onto the BBC game show, the 45-year-old host said: “Debbie, your swag is exceptional and you look absolutely beautiful in that trouser suit.”

Debbie, 63, was wearing a navy and white polka dot trouser suit with a white camisole top underneath and her hair was down and wavy.

The 36-year-old musician and TV personality added: “You’ve got the drip.”

A flattered Debbie raised her eyebrows following the compliment from the grime artist, and teasing replied: “Why thank you.”

However, Michael appeared flustered and embarrassed by their flirty exchange which he clearly wasn’t expecting.

A flushed Michael McIntryre chimed in: “Well that has made me feel remarkably uncomfortable.

“So if we are starting the night dripping, where will it end? Hopefully with a big winner.”

The stand-up comedian swiftly introduced the contestants hoping to go home with a cash prize.

Later on in the episode, Debbie helped a contestant called Onkar win a life-changing £43,000.

While Claudia failed to answer a video games question correctly to help a player called Antonia, she made up for her lack of knowledge with her own generous offer.

Antonia told the Strictly Come Dancing star she was engaged and wanted to buy a wedding dress but was concerned about how expensive they are.

Before the answer to the video game question was revealed Claudia said: “You and I are going to go wedding dress shopping, can we just decide that?

“I am going to buy you a wedding dress because I don’t think that’s the right answer.

“Mine was disgusting so I won’t lend it to you, but that’s what we’re going to do.

An emotional Antonia broke down in tears following Claudia’s generous offer before learning she’d selected the wrong answer to the question.

However, Claudia reassured the contestant by saying: “Don’t worry, we are going [wedding dress] shopping.”

Following the filming of the show, Claudia stayed true to her word and took Antonia wedding dress shopping to find her dream gown.

Michael McIntyre’s The Wheel continues on Saturday at 7.55pm on BBC One. 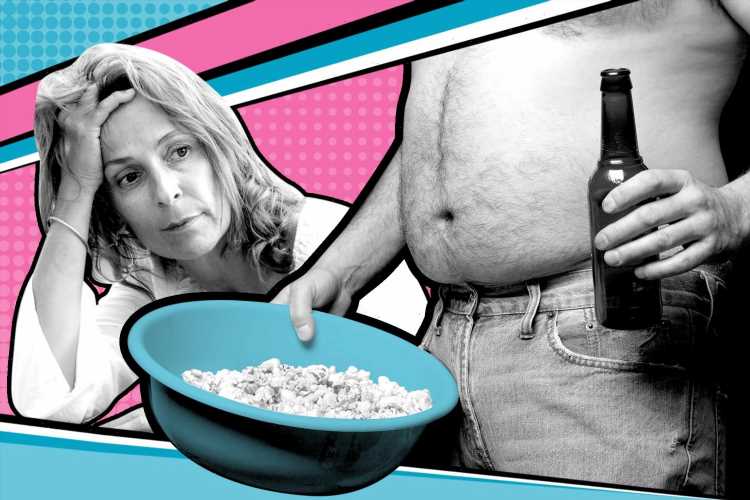 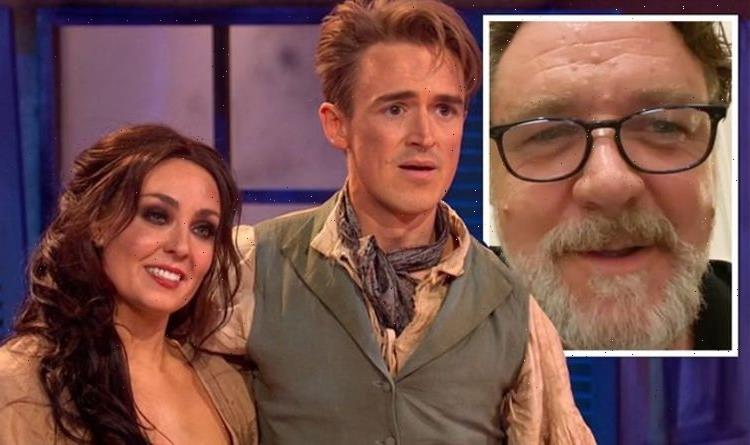