Speaking on Lorraine, Dermot O’Leary and Alison Hammond opened up about having private meetings with one another to discuss that they did and didn’t like about each other’s presenting. However, it seems Dermot has grown to love the habits he originally “hated” about his This Morning co-host.

“I think I’ve brought out Dermot, I’ll be honest with you,” Alison commented.

“He was a bit dry before he met me, I’ve brought his personality out.”

Meanwhile Dermot argued: “I’ve calmed her down. She was like off the wall. I was like, ‘Babe, you don’t need to start off the roof.’”

Alison continued: “I’ll give you an example, this is really funny, you know sometimes when I do this to the camera,” before pulling a cheeky face, “he absolutely hated it”. 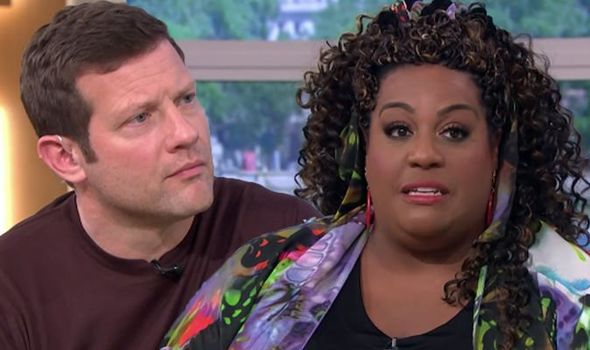 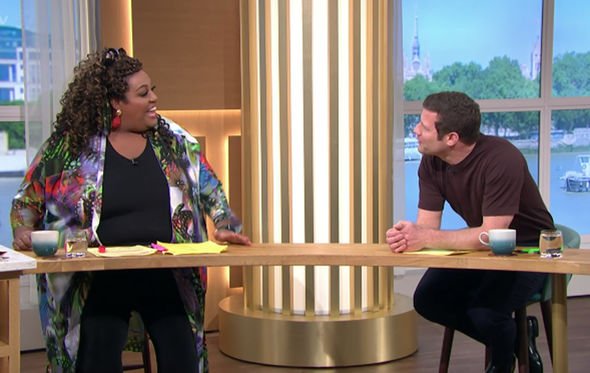 “I hated it and now I absolutely love it,” Dermot admitted.

“I’d be like, ‘I’m actually talking to you,’ and Alison would be like this to the camera,” Dermot continued before doing an impression of his co-host. 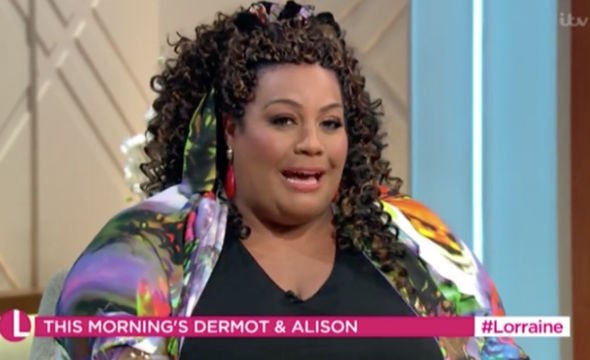 The pair ended in a fit of hysterics as they laughed at the small things they disliked about each other when they first started presenting together.

In the same interview, Alison revealed she wanted to go back to her old job at a cinema following her stint on Big Brother.

“After Big Brother I went back to the cinema and they said what are you doing here you’re too famous” she recalled.

“Yeah, I went and signed on and went to the job centre.”

However, Alison received a phone call from This Morning and she went to sign a three month contract as a showbiz reporter.

Years later and she is now Friday host with Dermot having taken over from Eamonn Holmes and Ruth Langsford.

The pair will be hosting the half-term coverage from next Monday as Holly Willoughby and Phillip Schofield take time off.

Alison said of hosting with Dermot: “It’s been an absolute dream.

“I’ve loved every minute of it to be honest! I think the best thing really is getting to know Dermot.

“We had obviously met before and had seen each other over the past twenty years, but we didn’t really know each other.

“He always shows me pictures and videos of his baby and his cats, so I’m finding out so much more about him and his wonderful family. He’s just a really cool person.”

This Morning airs weekdays on ITV at 10am.