It’s been a long time coming, but following years of conversations, Shang-Chi is finally coming to the Marvel Cinematic Universe. Played by Simu Liu, the master of kung fu is positioned to be a major player in the MCU going forward. Shang-Chi has a rich history in the comics, and already he seems like Marvel could be teasing at a team-up with none other than Spider-Man. 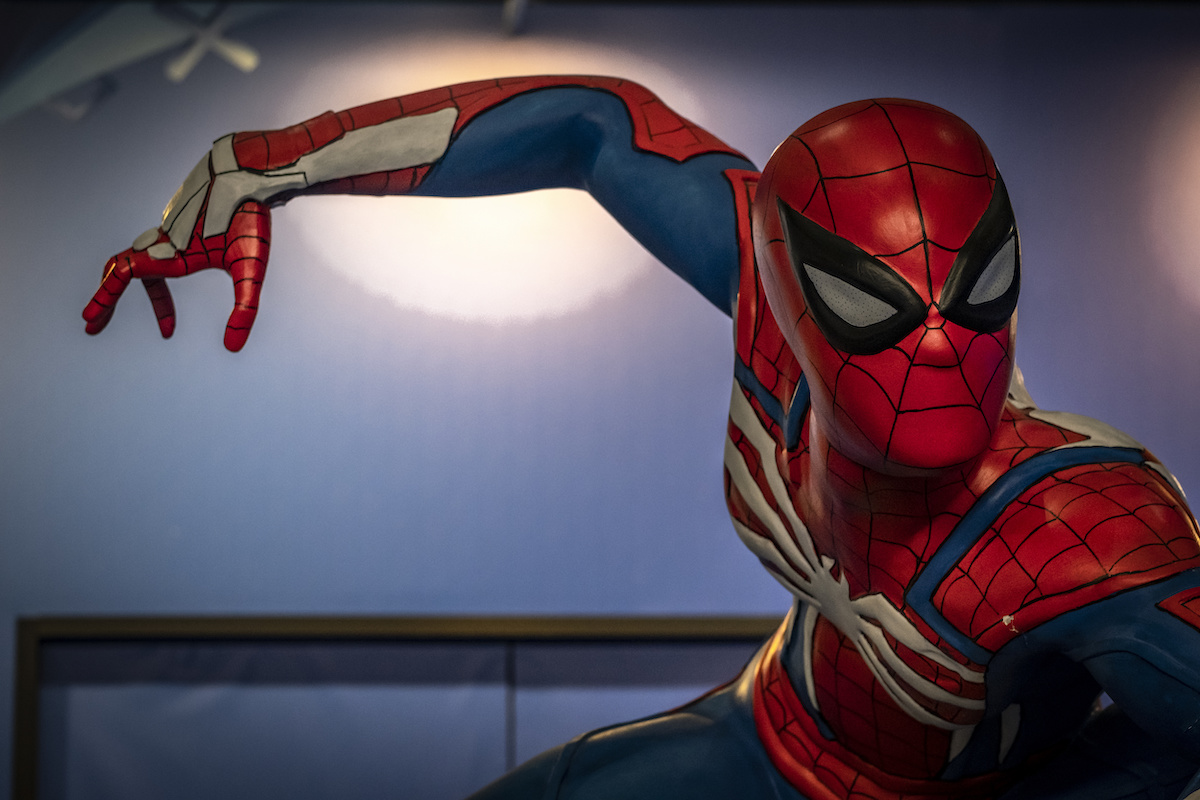 Due to the coronavirus (COVID-19) pandemic, Marvel has run into persistent delays with launching Phase 4. But now the next era of the MCU is finally kicking off. The September 2021 release of Shang-Chi and the Legend of the Ten Rings is only months away. Yet, Marvel still took fans by surprise by celebrating Liu’s birthday with the movie’s first teaser trailer.

The footage doesn’t reveal anything plot-related. However, it does give fans their first real glimpse at the Mandarin (Tony Leung), a Marvel villain previously teased in Iron Man 3. Moreover, the Shang-Chi trailer offers a taste of the kind of action director Destin Daniel Cretton will bring to the MCU. But eagle-eyed fans spotted something even more intriguing.

Soon after the Shang-Chi teaser trailer released, fans online noticed a familiar face in the background of one shot. During a scene on a subway, one of the background characters appears to be actor Zach Cherry. Fans and journalists reached out to Cherry via his Twitter account, where the actor more or less confirmed his role in Shang-Chi and the Legend of Ten Rings.

What makes Cherry’s role significant is the fact he has appeared in the MCU before. The actor makes a brief appearance as a street vendor in Spider-Man: Homecoming. So his role in Shang-Chi seemingly confirms Liu’s superhero will end up in New York at some point. But what if it teases something bigger Marvel has planned later on in Phase 4?

Just as Avengers: Endgame set up this initial round of MCU Disney+ shows, Shang-Chi’s debut could be planting the seeds for a partnership with Spider-Man. No Marvel character is as inherently tied to New York as the webslinger. And the superheroes have been known to work together in the comics. Perhaps Cherry’s small role is the subtly laying that groundwork.

Could Simu Liu show up in ‘Spider-Man: No Way Home’?

As of now, fans have no clue what the future has in store for their friendly neighborhood webhead. Spider-Man: No Way Home is set to hit theaters on Dec. 17, 2021. Although the multiverse is said to play a key role, it’s still uncertain what the main plot of the movie will involve. Could Liu’s Shang-Chi make a cameo appearance alongside Tom Holland’s Peter Parker?

It certainly seems possible. If Phase 4 builds on itself like past Marvel films, it would be the logical next step. Spider-Man: No Way Home comes out only a few months after Shang-Chi and the Legend of the Ten Rings. Presumably, both heroes will occupy New York at various points. By now fans know to expect the unexpected when it comes to part threes in the MCU.