Episode nine of The Crown season four, titled Avalanche, begins with Princess Diana (played by Emma Corrin) and Prince Charles (Josh O’Connor) attending a private event at the Royal Opera House in London. In a jaw-dropping twist, Diana then appears on stage and perform alongside Wayne Sleep. Did this actually happen in real life? Express.co.uk has everything you need to know.

While many of the events in The Crown are not entirely historically accurate, the scene of Diana’s dance performance actually did happen in real life.

Marlene Koenig revealed to Express.co.uk Diana did dance with Wayne Sleep in December 1985 and also revealed the routine had been planned and rehearsed.

Koenig told Express.co.uk: “Diana did not perform at the Royal Ballet. It was at Charity Concert at Covent Garden in December 1985.

“She danced Uptown Girl (by Billy Joel) with Wayne Sleep. 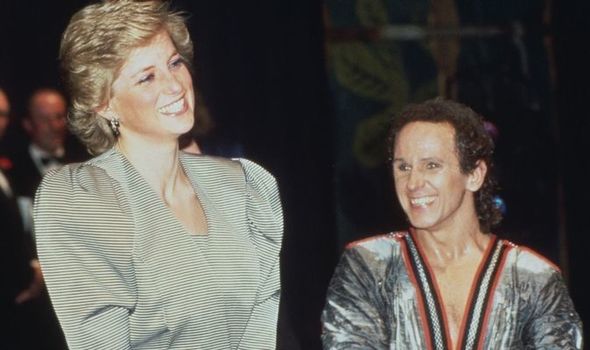 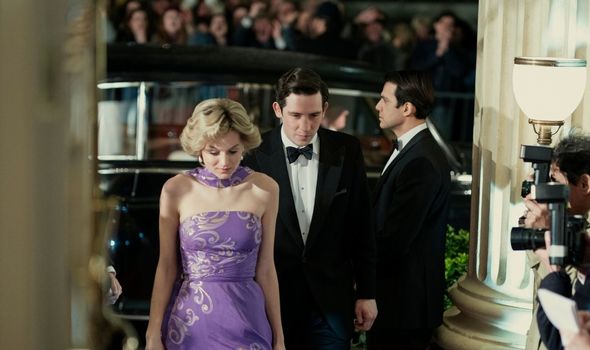 “She was sitting with Charles, slipped away and then turned up on stage to dance (she had been working with Sleep) but no one knew that she was going to do this on stage.”

Diana surprised her husband, Prince Charles, with a dance performance on stage at the Royal Opera House in December 1985.

In The Crown, the dance is portrayed as a birthday treat for Prince Charles but the performance took place around a month before his actual birthday.

Additionally, photographs of the routine did not emerge until 1995 and not the day afterwards as seen in The Crown. 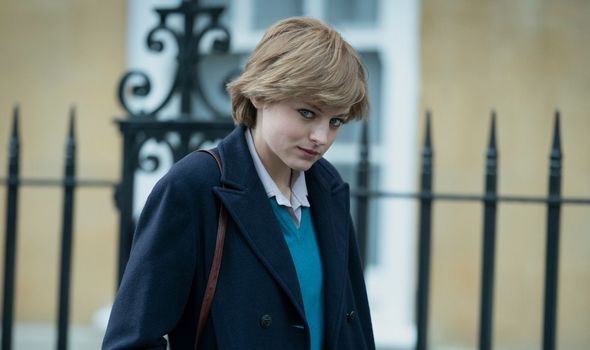 The real Charles and Diana were attending the annual For Friends of Covent Garden show at London’s Royal Opera House which usually featured a celebrity guest at the end.

Much to Charles’ bewilderment, the guest this year was Princess Diana.
She performed with Royal Ballet dancer, Wayne Sleep (Jay Webb) for the performance.

They danced a short routine to Billy Joel’s 80s hit ‘Uptown Girl’ to a standing ovation.

Years later, Sleep wrote in The Guardian: “She loved the freedom dancing gave her. A few days later, I got a letter.

DON’T MISS…
Does the Queen watch The Crown? [INSIGHT]
The Crown’s Michael Fagan admitted he urinated on corgis’ food [DETAILS]
Prince Harry urged to ‘stand up to Netflix’ over The Crown ‘ridicule’ [ROYAL NEWS] 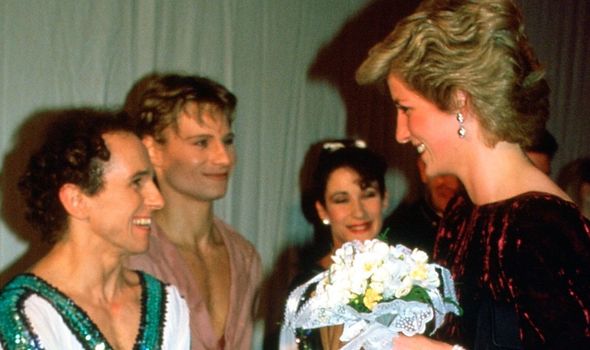 “She wrote ‘Now I understand the buzz you get from performing.’”

He also explained the performance was Diana’s idea.

Sleep reflected how Diana reached out to him asking to help her surprise supporters of the Royal Ballet and her husband Prince Charles at the private show.

He said: “Charles was going to be in the audience and she wanted to surprise him; it was all top secret.

“We met in a rehearsal studio in west London. She was in leg-warmers and a leotard.

“But I soon realised she had a good sense of humour, and that we could have some fun with our height difference.

In The Crown, Prince Charles Is seen exclaiming to Diana: “What were you thinking?” and calling the performance a “grotesque, mortifying display”.

Unfortunately, there is no footage of the real life performance left, only photographs.

The Crown is streaming on Netflix now