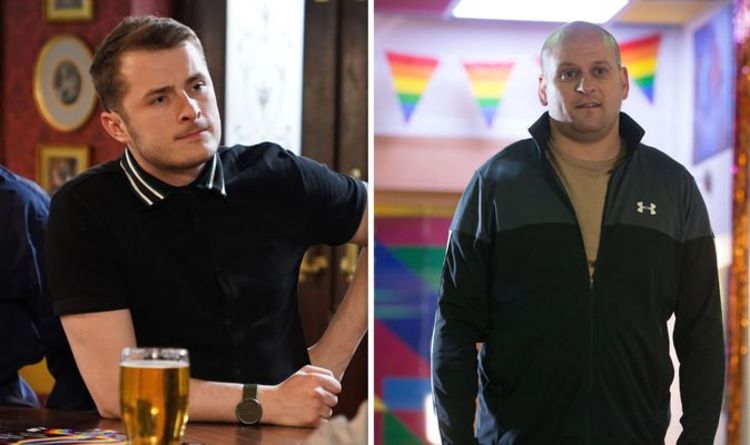 EastEnders bad boy Ben Mitchell (played by Max Bowden) came face-to-face with Halfway’s (Tony Clay) father in tonight’s instalment of the BBC soap and the pair didn’t get off to a good start.

Halfway is struggling with his sexuality as he prepares for his wedding with Whitney Dean (Shona McGarty) and shared a secret tryst with Ben a few weeks ago.

After a tense meeting in the Queen Vic, Jonno (Richard Graham) followed Ben into the toilets and proceeded to abuse the Walford resident.

Explaining what happened in the toilet, Ben said: “He tried to bottle me so I battered him and I stopped, because I didn’t want him to take it out on you.”

“I’m sorry,” Halfway replied, at which point Ben said: “Don’t… Ain’t your fault is it? You chasing dresses for the wedding were you? Helping him plan a little speech.”

“He ain’t coming. I messed it up like I mess everything up,” Halfway remarked.

“He ain’t going to do it, you know, say the things or do the things that you want,” Ben continued before Halfway quipped: “I don’t want nothing.”

“I spent years telling myself that, since I stopped myself caring I mean really stopped caring,” Ben added.

“See, I don’t think you realise how much of what you do is trying to make that person happy that person who couldn’t care less about you.”

Hitting back, Halfway said: “He’s my dad,” to which Ben remarked: “No, Callum, he ain’t. He’s just some bloke who got your mum pregnant.” 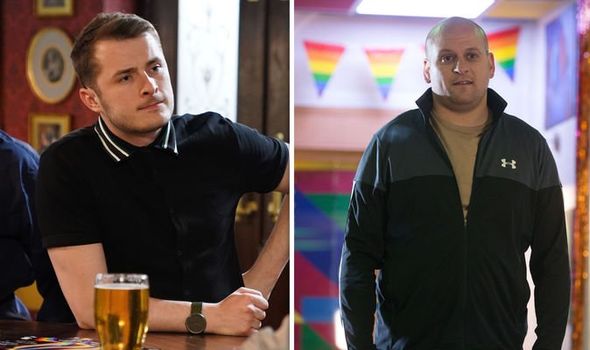 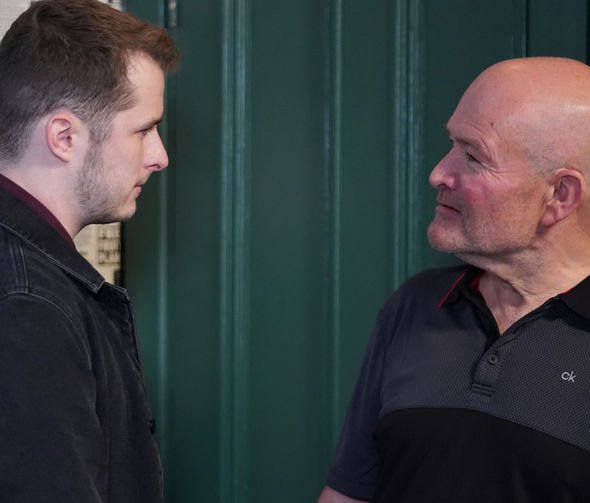 “You know what hurt more, more than my old man’s criticisms, the things that he used to say, was telling myself those things too,” he added.

“Telling myself that I was dirty, that who I was was wrong.

As the pair embraced in the market, Stuart (Ricky Champ) could be seen watching the two of them.

Before walking away, Ben kissed Halfway on the cheek and gripped his hand in an attempt to comfort him. 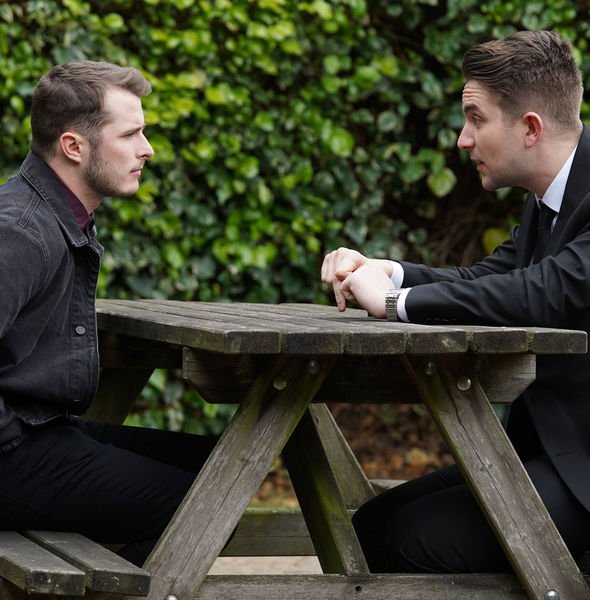 Could Stuart have spotted the chemistry between the pair and suspect Halfway of having an affair with Ben?

Both Stuart and Ben have a temper so if Stuart decides to confront the Mitchell son about what he’s seen, they could end up coming to blows.

If Stuart discovers the truth about Halfway’s affair, could Ben be in danger?

Meanwhile, Bernadette Taylor (Clair Norris) was distraught in tonight’s episode after discovering Tiffany Butcher (Maisie Smith) had lied to her.

Will their friendship last or is the end for the youngsters?

EastEnders continues tomorrow at 8pm on BBC One. 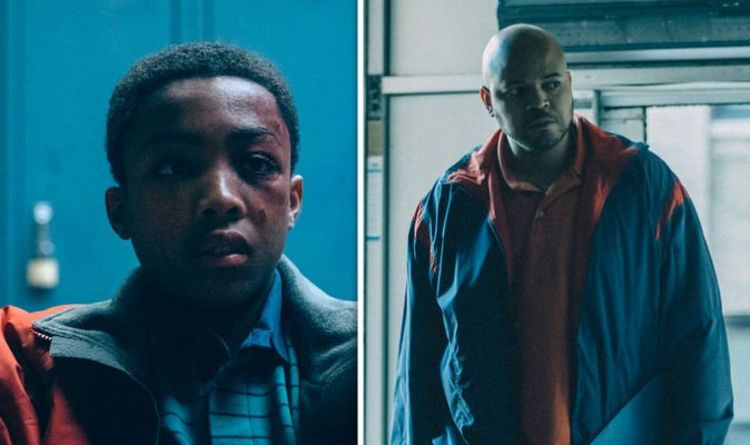