Chantelle (played by Jessica Plummer) is currently embroiled in a harrowing domestic violence storyline on EastEnders with husband Gray (Toby-Alexander Smith), even though the pair are keeping up appearances as the picture-perfect couple.

The BBC soap newcomer has been seen cowering in terror when her husband’s dark side surfaces, often as a result of her family causing tension between Chantelle and Gray.

It seems Chantelle could find herself in another violent exchange with her husband in upcoming scenes after she confronts him over a supposed betrayal he’s committed.

However, as it looms on Chantelle her husband isn’t having an affair, could Gray lose his temper with his wife and follow through by sleeping with Mel (Tamzin Outhwaite)?

Since her son Hunter Owen (Charlie Winter) was put behind bars for murdering his step-father Ray Kelly (Sean Mahon) earlier this year, Mel has been turning to Gray for legal advice.

Last night’s episode saw Mel reach out to Gray once again as she learnt her son was being transferred to a prison up north after getting into trouble behind bars.

Although their relationship is purely professional, it didn’t stop paranoia setting in for Chantelle about Gray’s antics when they’re not together.

There were several clues dropped throughout the episode Chantelle was becoming concerned about Gray as she seemed suspicious when her husband took a call from a client when they were spending time with their children.

Later in the episode, Gray met up with Mel to give her an update on whether he could do anything to stop Hunter being transferred, which he regrettably told her he couldn’t.

After receiving the news from Gray Hunter was being moved for his own protection, she left the house, but her visit didn’t go unnoticed as Chantelle spotted her leaving. 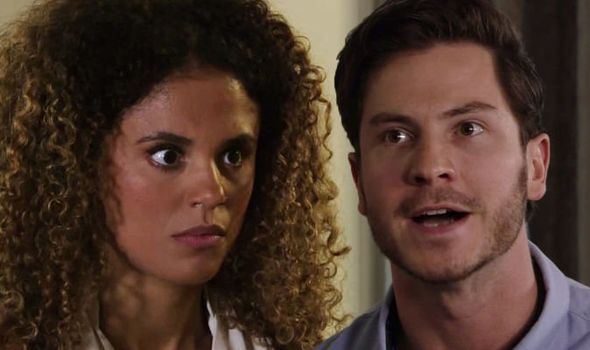 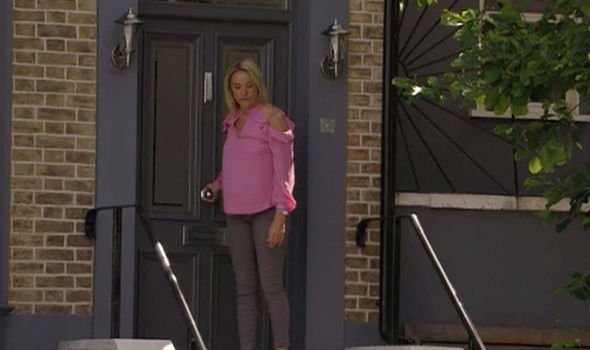 Domestic abuse is the biggest issue affecting women and children

Will Chantelle confront Gray about her suspicions he is betraying her? And if so, how would he react to his wife questioning him?

Gary may not be physically violent with Chantelle this time, but instead, emotionally taunt her by teasing he is is having an affair with Mel.

Speaking about the plot, Sandra Horley, CBE, chief executive of Refuge said in a statement released by the BBC: “Domestic abuse is the biggest issue affecting women and children in this country today.

“The more we all understand domestic abuse, be it the physical, emotional, sexual, financial control exerted by one partner over another – and are able to spot the signs – more women, like Chantelle, will be able to seek help from specialist organisations like Refuge.”

Viewers will have to wait and see what Gray’s next move against Chantelle will be, but whatever happens, Mel will be leaving in the coming weeks. 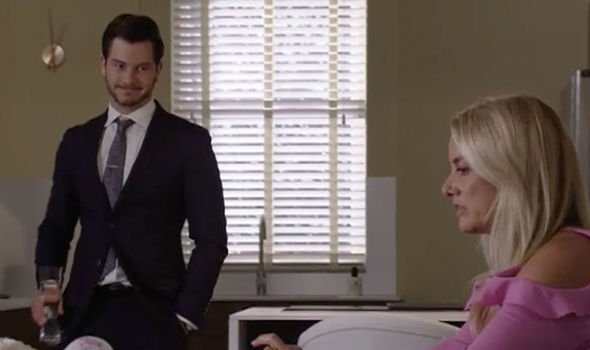 In upcoming scenes, Mel will discover Hunter has escaped from prison and next week, she’ll come face-to-face with the killer.

Only wanting her son to be free, Mel will agree to go on the run with Hunter, but not before they hit a hurdle.

Ben Mitchell (Max Bowden) will discover what Mel is planning, with the ruthless businesswoman making the rash decision to leave the Square before she gets caught.

However, Mel will be stopped in her tracks once again by Ben and soon the realisation of what she’s leaving behind hits her.

Will Mel go on the run with Hunter, or will she turn him in to the police?

EastEnders continues Thursday at 7.30pm on BBC One.