EastEnders: Gray Atkins asks Whitney to stay for a film

Gray (played by Tobey Alexander Smith) has been keeping Whitney (Shona McGarty) close by as she helps out with his children Mia and Mackenzie. However when the EastEnders hot shot lawyer asked her to move in with him, Whitney rejected the offer and will instead move in with Dotty Cotton (Milly Zero). When Kush (Davood Ghadami) also moves in, he grows closer to Whitney, which leaves Gray furious.

EastEnders fans know Gray likes to have control over those around him and while Whitney has helped him out a lot since Chantele’s (Jessica Plummer) death, she isn’t prepared to replace her.

Instead she has rejected Gray, insisting she cannot move in with him and become a surrogate mother to Mia and Mackenzie.

The push back from Whitney has clearly shocked Gray who becomes green with jealousy when he spots her with Kush.

In upcoming scenes, Dotty asks Kush for an answer about the spare room in her house with Whitney. 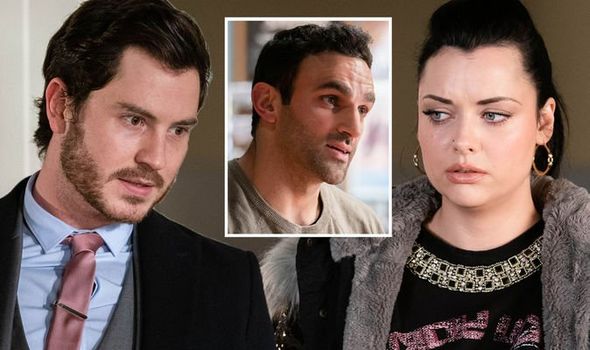 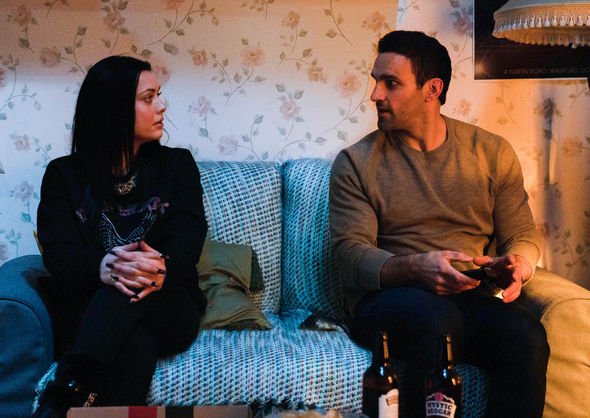 With no plans for Valentines Day planned, Kush suggests to Whitney they enjoy a housemates date.

The pair head off to buy snacks at the Minute Mart where Bernadette Taylor (Clair Norris) comments on how close they appear with a flirtation building between them.

While the coulee brush it off, when they sit down to watch a movie, they realise their pizza is heart-shaped. 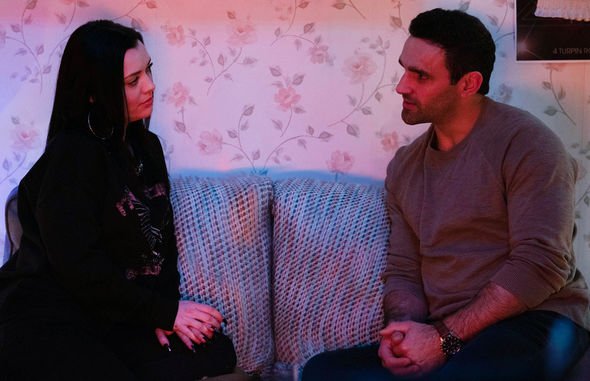 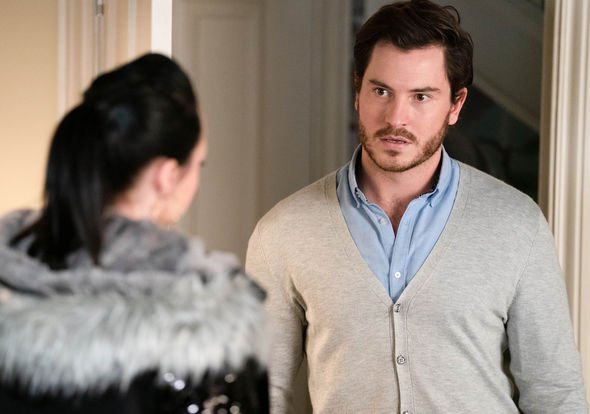 Making the atmosphere even more romantic, the power cuts out and the couple are plunged into darkness.

When Whitney lights some candles, she shares a kiss with Kush.

With Gray already making it known he’s not impressed with Whitney and Kush’s flirting, how will he react when he hears they’ve gotten even closer?

Fans know Gray doesn’t like anyone standing in his way and having already killed Chantelle and Tina Carter (Luisa Bradshaw White), it’s unlikely he’d care about hurting Kush too.

Kush is set to leave Walford soon as actor Davood leaves the long-running BBC soap but details of his exit are yet to be revealed.

Could he be leaving Albert Square in a body bag?

Whitney has already come close to learning the truth about Gray’s abuse and Chantelle’s death so if Kush is targeted next, could it push her to investigate the lawyer further?

Devastated over losing both a friend and new lover, Whitney could be set on exposing Gray once and for all.

Bosses have teased Kush will leave in an “explosive storyline” so it’s likely he could be part of the plot which will see Gray arrested for Chantelle and Tina’s death.

The Carter family are desperate to know what happened to Tina and their attention will no doubt soon turn to Gray, who is the last to have seen her.

Could the Carters and Whitney work out the link between Tina’s disappearance, Chantelle’s death and Kush’s attack?

If so, it would mean Kush’s death would include some of the biggest characters in Walford.

EastEnders continues tonight on BBC One at 7.35pm.