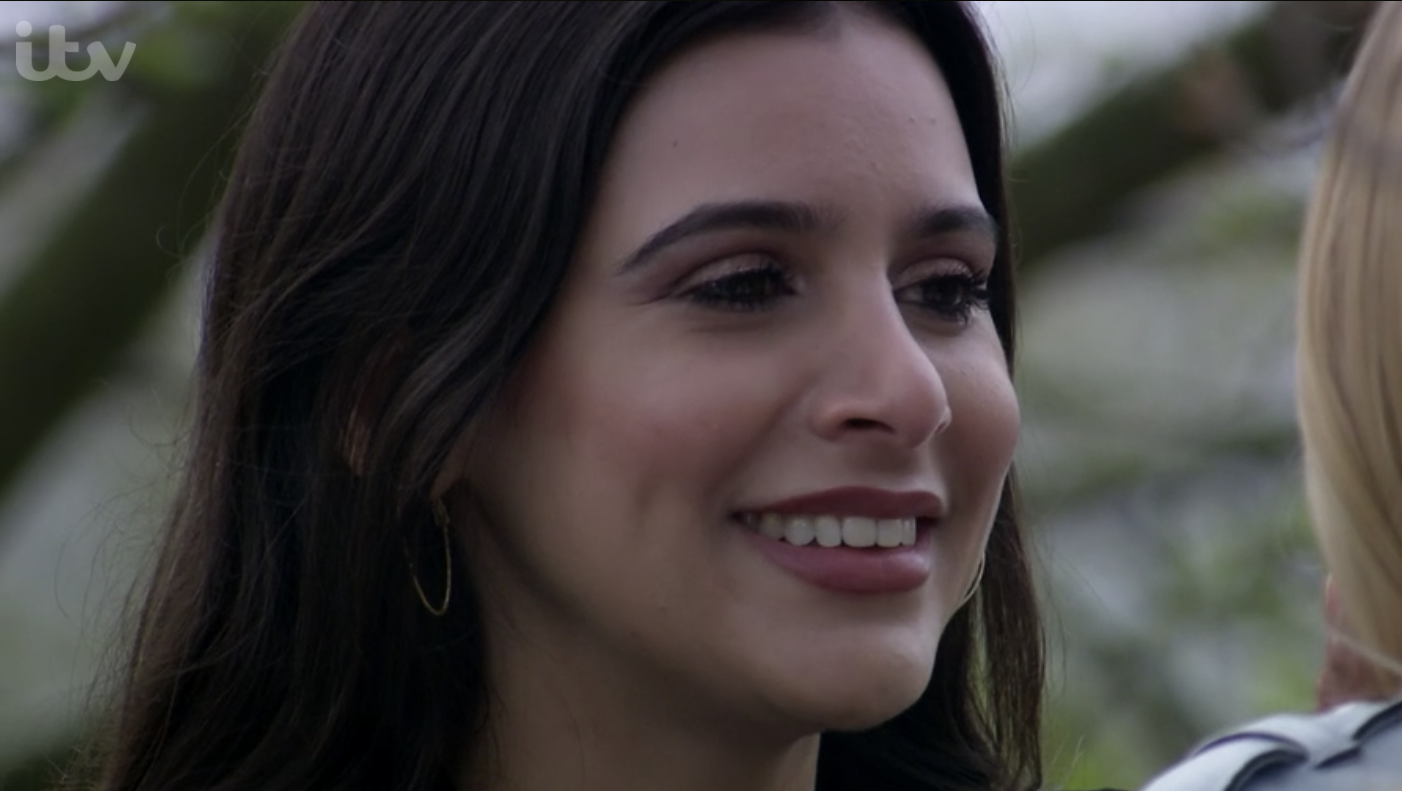 The young woman had previously told Diane Sugden (Elizabeth Estensen) that Nadine had taken her own life.

But Leanna found an old newspaper clipping in the first of tonight’s double-bill, which suggested that Nadine had actually perished in suspicious circumstances.

Leanna didn’t think much of it at first, and quizzed Meena on why she had such an item in her possession. Meena explained all about who this Nadine was, but in her attempts to keep her cool, she inadvertently confirmed she had a role to play in her death!

Horrified, Leanna made a run for it, hoping to get to safety before Meena caught up with her. 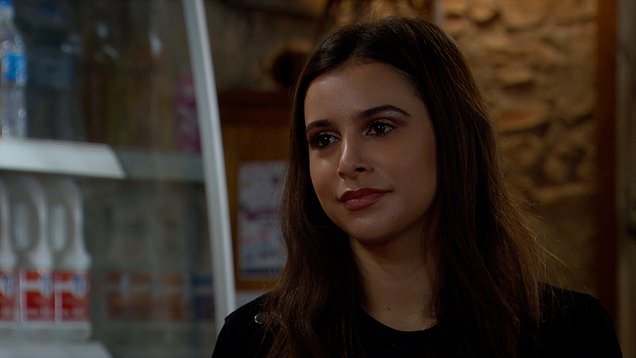 Unfortunately, it was not to be, as Meena cornered her on the bridge.

‘I’ll forget everything!,’ Leanna said, hoping to win Meena’s trust, ‘[everything] about Nadine.

Meena, stalking her prey, closed the gap between she and Leanna, reminding her that Nadine was her best friend.

‘No! Not me’ she said, claiming she’s innocent, before taking the young woman’s face in her hands. And with that her expression changed.

‘Okay, yes! I lied!’, she exclaimed, confirming that she did, in fact, murder Nadine.

Leanna then became her next victim, as Meena pushed her to her death from the bridge.

Emmerdale continues Friday July 9 at 7pm on ITV, or catch the next episode right now on ITV Hub!