The teenage spy was found fondling pregnant Gabby’s bra in the kitchen of Home Farm. 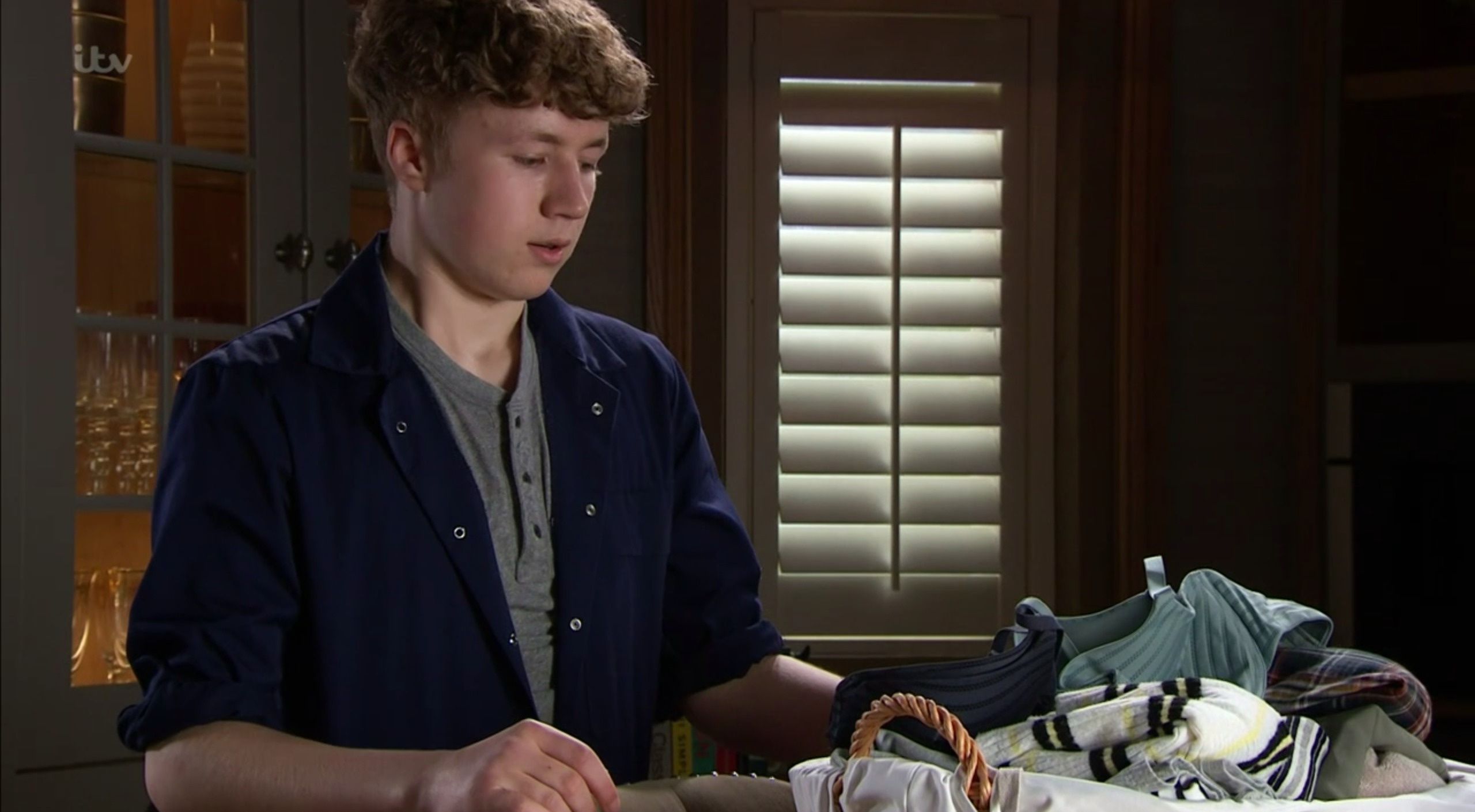 And unfortunately for him – he was caught red-handed by Will Taylor.

Noah made a habit of sniffing through things he shouldn’t as he later searched through Will’s tool box and found a box of diazepam.

They are the same drugs used to poison Kim Tate.

“What are you doing?” thundered Will as he caught Noah. 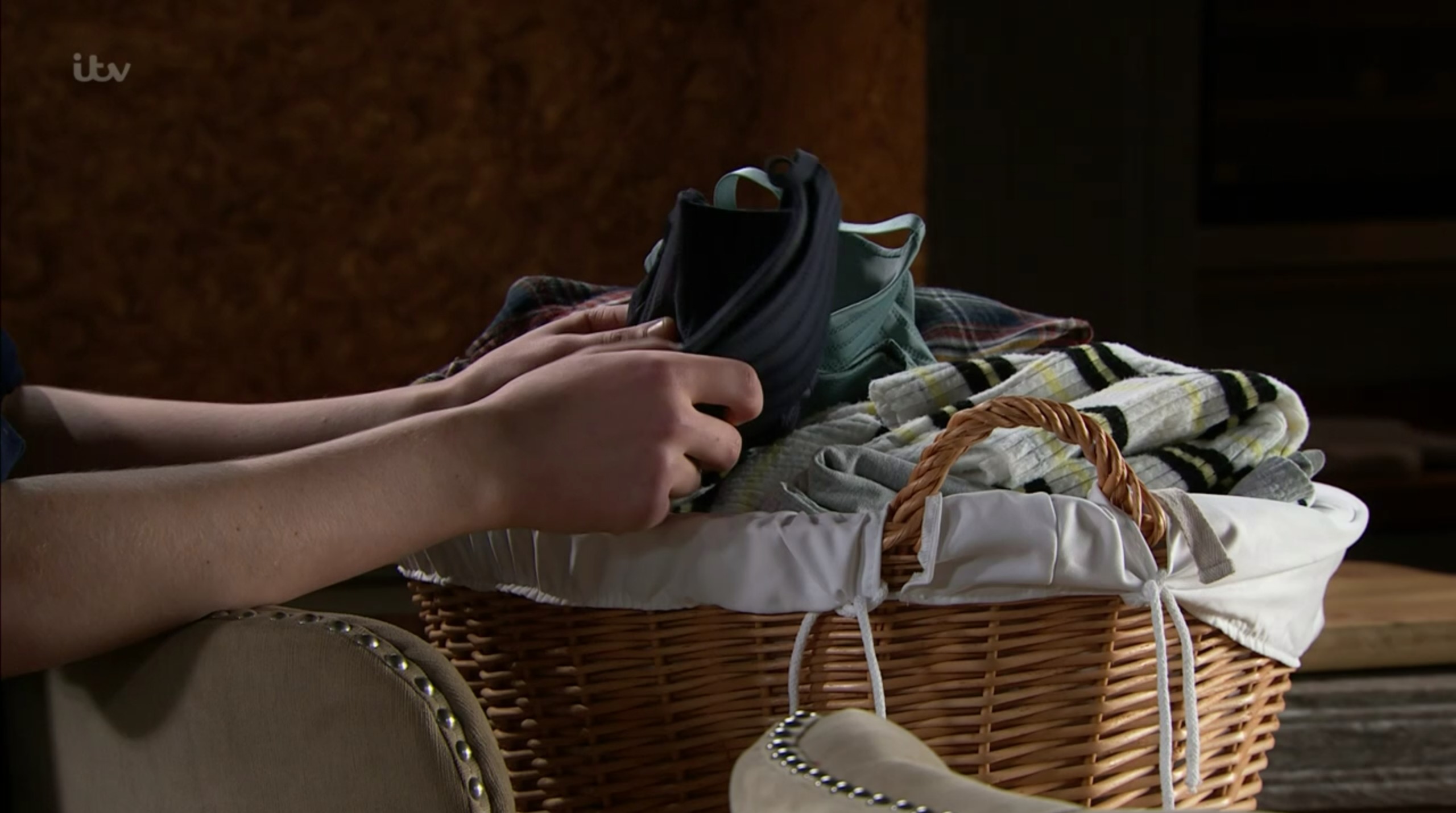 Lying he said: “I’ve got a bad back alright – one of the pitfalls of grafting for a living – you should try it sometime.”

But when Noah questioned him, Will revealed he had seen Noah snooping through Gabby’s underwear – and blackmailed him.

“You keep your mouth shut and stay out of my way or I’ll be telling everyone what a pervy sex pest you are.” 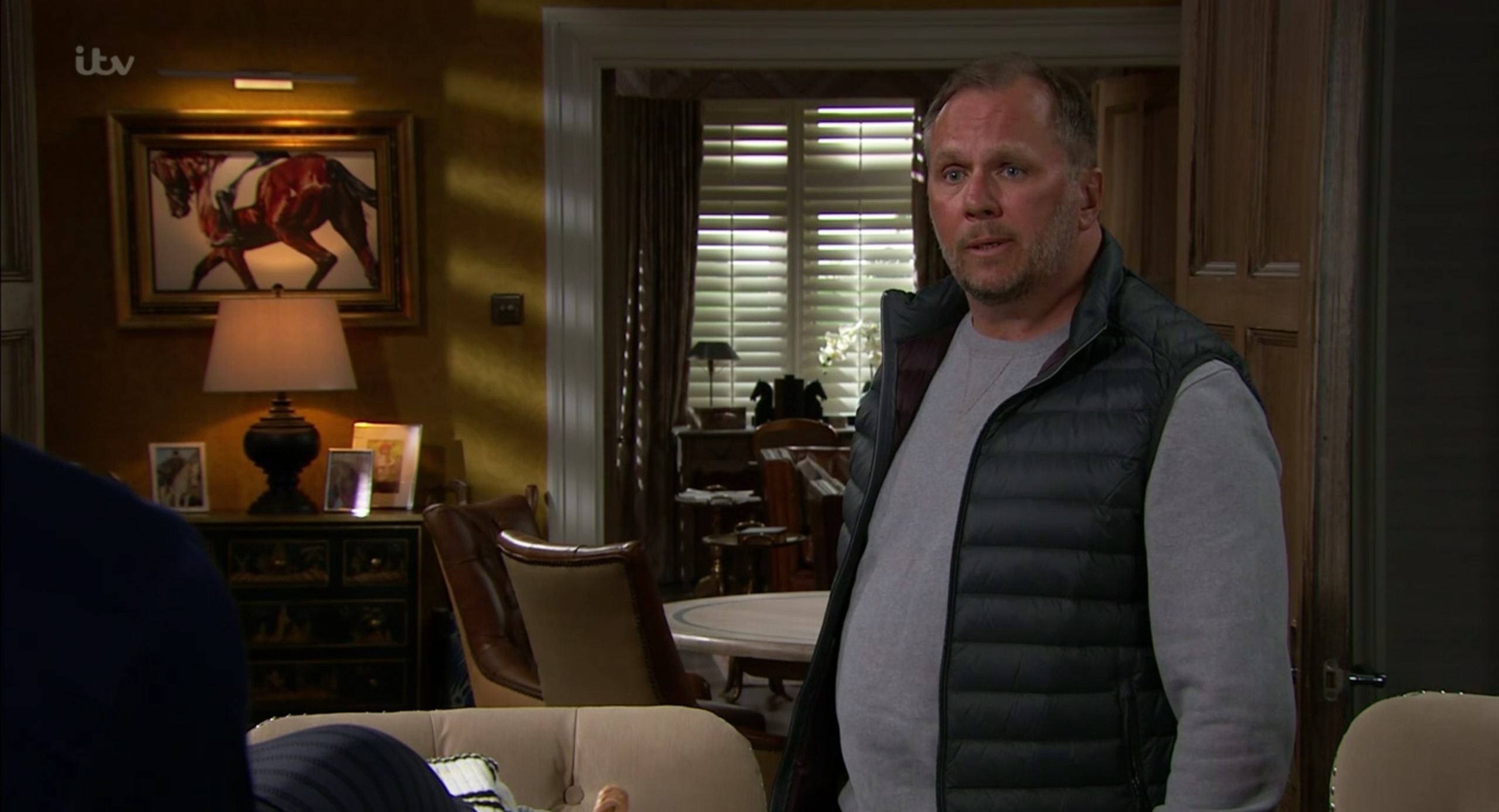 Viewers were shocked at Noah’s behaviour and took to Twitter to voice their outrage.

One wrote: "Noah is so f***ing nosy. He's definitely after some of Gabby’s soiled underwear."

Another added: "Put the bra down Noah!"