Emmerdale fans have seen Marlon Dingle (played by Mark Charnock) famously unlucky-in-love over the years and most recently, the chef was left humiliated when his wife Jessie Dingle (Sandra Marvin) cheated on him with her ex-husband, Al Chapman (Michael Wilding). However, one person who has always been there for him is ex-girlfriend Rhona Goskirk (Zoe Henry) – but is there a reunion on the cards on the ITV soap?

It looked like their romance was over for good after a rocky year after the birth of daughter Eve.

But they managed to finally put their differences aside and their union was sealed in heartwarming scenes.

And whilst Marlon was delighted for Paddy, it seems the event will cause him to rethink the need for romance in his own life. 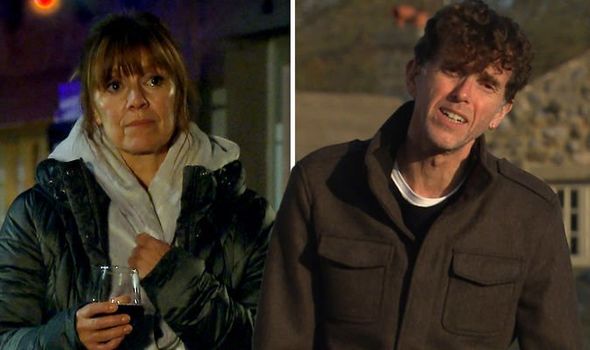 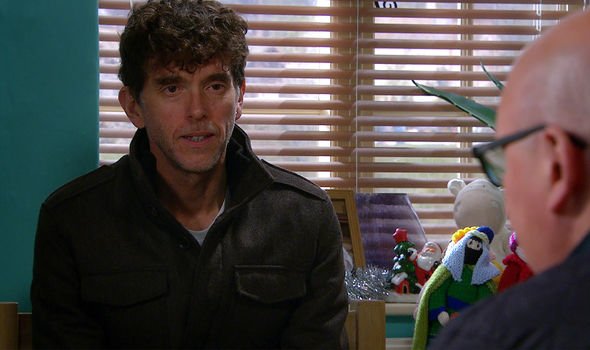 In episodes to come, loneliness will take its toll on Marlon as starts to realise what – and who – he wants.

Marlon will be despondent about his own romantic life and admits to Paddy that he’s feeling lonely.

But luckily, Rhona comes to the rescue as she is also struggling without a partner in the festive season. 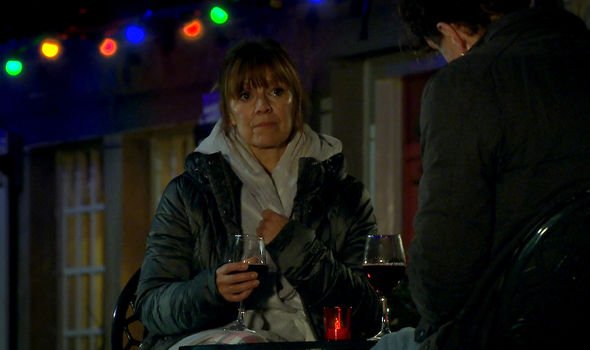 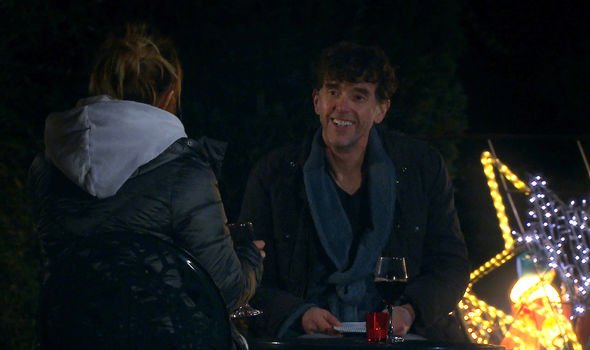 There has always been a suggestion of unfinished business between the pair with a near-miss earlier this year.

And it seems the book may be opened up again as the pair begin to realise their feelings for each other.

Rhona lights up when Marlon agrees to spend New Year’s Eve at her place.

As the New Year looms, Marlon and Rhona chat the night away and there’s a flicker of attraction in Rhona’s eyes as Marlon confirms how much he’s enjoyed spending the evening with her.

Could this cause the pair to reconsider the nature of their relationship when it becomes clear there are still feelings between them?

It seems Paddy could prove vital in helping the pair admit their feelings to each other.

Both Rhona and Marlon will tell-all to Paddy and as ever, it will be down to the latter to try and play matchmaker.

However, there could be a slight bump in the road when Marlon’s jealousy is exposed elsewhere.

When new vicar Charles (Kevin Mathurin) confirms he will be staying in the Dales for some time, Rhona offers him a room to rent.

Marlon soon gets wind of Rhona’s plan and he is left worried there will be nowhere for him to sleep next time he stays round.

Rhona makes her intentions clear, telling Marlon he can sleep in her room.

But will the pair finally admit their feelings for each other and start their romance up again in episodes to come?