Emmerdale has aired an intense week of episodes as viewers have turned detective whilst trying to work out who killed Graham Foster (played by Andrew Scarborough). Tonight, the murderer was finally revealed as Pierce Harris (Jonathan Wrather) as the actor has admitted he “doesn’t know” how the secretive storyline will unfold.

This week has put several residents in the spotlight as seven different suspects were all given obvious motives for wanting Graham dead.

The businessman has clashed with a number of fellow villagers such as Jai Sharma (Chris Bisson) and Charity Dingle (Emma Atkins) throughout the week.

Tonight, Graham was knocked over by Jamie Tate (Alexander Lincoln) as his estranged wife Andrea (Anna Nightingale) emerged from the woods looking suspicious.

The ITV soap instead threw viewers a massive curveball in the double-bill as it emerged none of them were responsible for his murder. 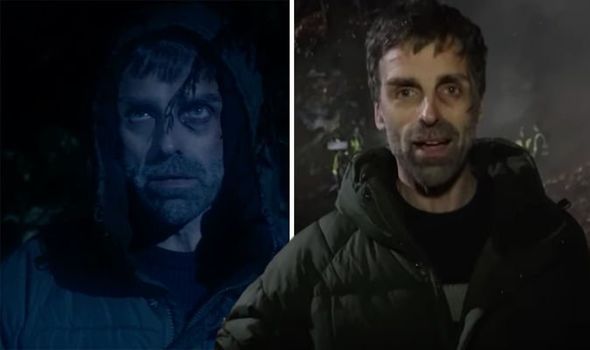 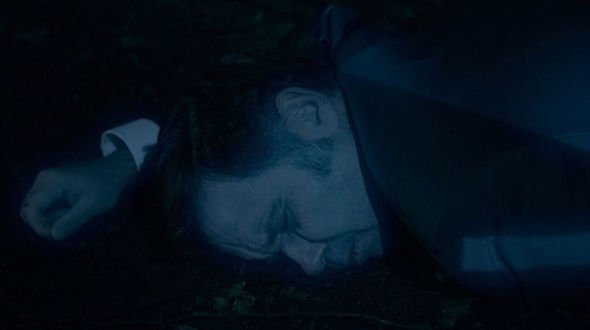 The killer was exposed as Rhona’s ex-husband Pierce, who was sent to prison after raping her on their wedding day.

Jonathan spoke to the soap in a behind the scenes clip about what could be in store for his character after Pierce made his shock return.

He said: “There were many suspects, but it was none of them, it was Pierce who was revealed.

“Pierce is back in Emmerdale to ruffle even more feathers, which is a bit of an understatement,” teased Jonathan. 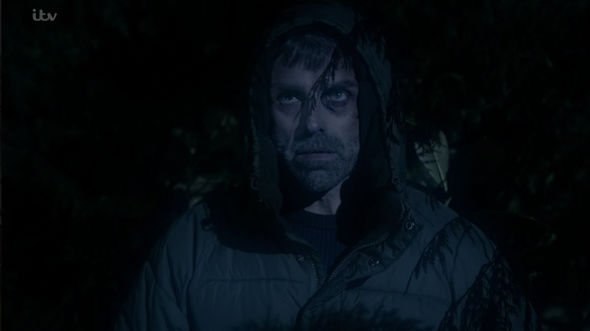 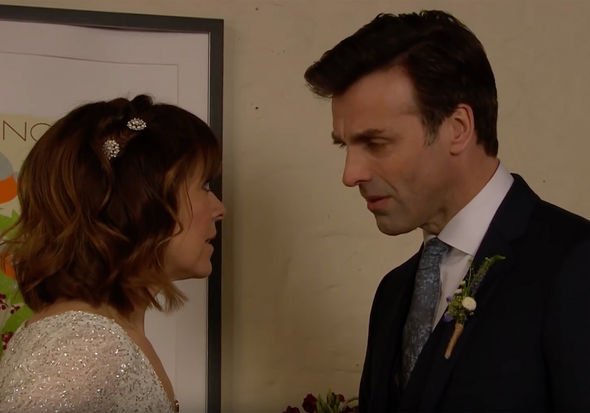 Pierce was initially in the soap between 2016 and 2017 as the love interest of Rhona.

The pair found comfort in each other after they discovered both their respective partners at the time were cheating on them.

Things quickly turned dark as he became controlling of his new lover before raping her on their wedding day.

Rhona initially blamed herself for Pierce’s abuse but later found the courage to report the ordeal to the police.

Pierce was subsequently arrested and sentenced to five years in prison before he exited the show, but Jonathan’s character is now back to cause more upset.

It comes after Rhona recently mentioned her ex was soon to be on parole, leaving her worried at the fact she could come face-to-face with him again.

Jonathan confessed: “The whole thing has been shrouded under immense secrecy so not even cast knows, I have a code name in the script.

“One or two folks still haven’t twigged it’s actually me!”

After his brutal murder of Graham, it’s clear he has returned to get revenge on his ex-wife.

However, Jonathan insisted he was unsure what was next for his character, leaving viewers to theorise what his next move might be – could Rhona be in grave danger?

Jonathan explained: “I don’t know everything that’s going to happen yet, I keep getting snippets of stuff, in a way I don’t want to know just yet.

“We thought we’d seen the last of Piers a few years ago, but he’s back… for how much longer? You’ll have to wait and see.”