Mackenzie (played by Lawrence Robb) has made his fair share of enemies since arriving in Emmerdale village only last week as the estranged brother of Moira Barton (Natalie J Robb). One person he’s certainly got on the wrong side of is his brother-in-law Cain (Jeff Hordley) and it seems the newcomer is hellbent on making the bad boy of the ITV soap pay for crossing him. However, after striking up a deal with another of Cain’s enemies, Jamie Tate (Alexander Lincoln), viewers are predicting the villain could become collateral damage as a new family war breaks out.

The drama kicked off tonight with Cain and his brother Sam Dingle (James Hooton) trying to get their own revenge on the ruthless businessman.

After ploughing him with drink, they had hoped to put him behind the wheel of a car and then call the police who would arrest Jamie for drink driving.

Enter Mackenzie, who waltzed into Home Farm like he owned the place, telling the Dingle brothers he wasn’t going to let them frame the villain.

After thinking they had the upper hand, the siblings’ plan was ruined as the newcomer had recorded them discussing their motives in getting their enemy drunk which he could easily have handed over to the police.

Instead, he decided to keep it to blackmail them but the brothers knew they’d been done over and left without following through with their scheme. 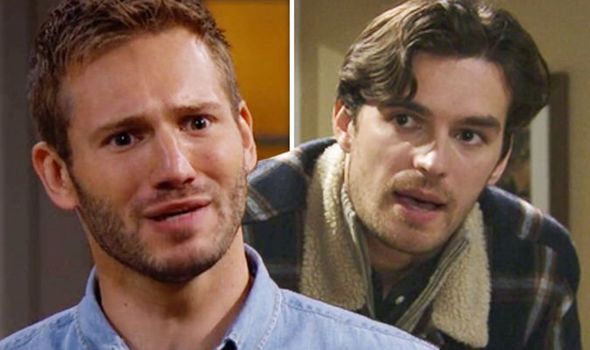 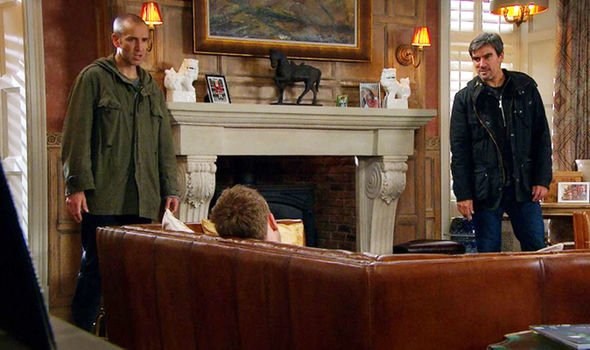 At the end of the episode, Jamie was curious as to why Makenzie had saved him, with the newcomer explaining he wanted to be the villain’s bodyguard so Cain couldn’t touch him.

“They seem to really have it in for you,” Moira’s brother observed, adding: “I feel like you could do with a minder.

“Someone to help you deal with scum like that,” he continued to which the businessman said he could “handle it himself.”

“Obviously, but every little helps,” the newcomer remarked, telling the Home Farm socialite he wanted paying if he was going to protect the villain from his brother-in-law. 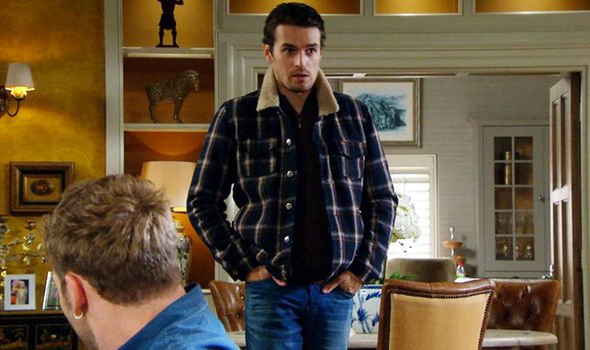 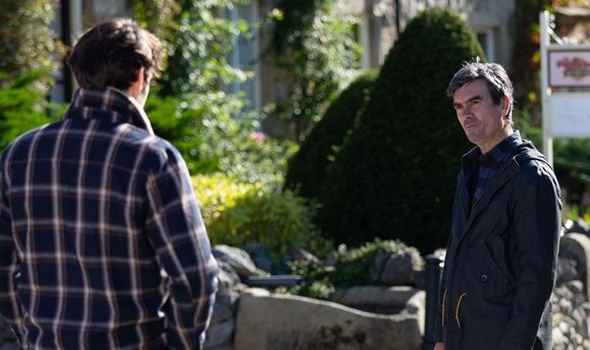 “You realise that won’t make you very popular in this village,” Jamie replied, to which the newcomer commented: “I can hack it if you can.

“We can be unpopular together,” he continued before the villain asked his new employee what family stuff it was he needed to sort after Mackenzie referred to his relationship troubles earlier in the scene.

“Building some bridges and burning down others,” he menacingly explained, hinting he is not done with Cain yet.

However, could his intentions in getting closer to Kim Tate’s (Claire King) son be to use him as a pawn in a very dangerous and deadly game?

I bet Mackenzie is going to kill Jamie

One fan wrote: “How about this. Mackenzie kills Jamie and runs, Cain and Sam are seen standing over the body when the Police arrive. #Emmerdale.”

Another added: “I’m guessing they’re building up to a whodunnit in Emmerdale with Jamie? Gotta say this story isn’t the best #Emmerdale.”

Whilst a third commented: “If Mackenzie hurts Jamie (fingers crossed!) but Cain and Sam go down for it, I will be f****** livid! #Emmerdale.”

A fourth posted: “I bet Mackenzie is going to kill Jamie. Even if he did why would he though? What would be the beef between them? Unless he is doing it for Moira. #Emmerdale.”

If Mackenzie were to kill Jamie, he could manipulate the situation to make it seem as if his brother-in-law was the guilty party.

With Moira beginning to think whether she should give things another go with her estranged husband, this would be a devastating blow for her.

The village bad boy has carried out his fair share of attacks and displays of violence over the years, so trying to please his innocence would be tough.

Seeing his brother-in-law behind bars for a crime he didn’t commit could leave the newcomer very pleased with himself, but a danger to his new neighbours who wouldn’t have a clue what he’s really like.