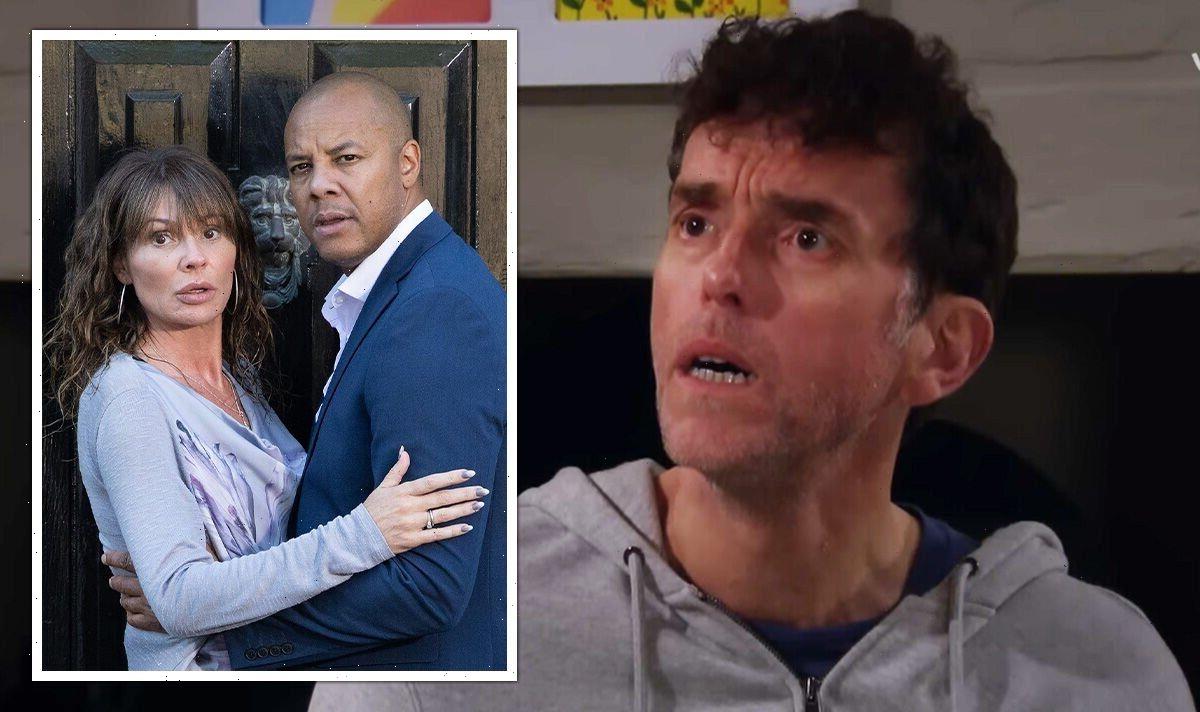 Emmerdale: Faith prepares for 'the end' in emotional scenes

Emmerdale is turning 50 years old next month, with the ITV soap airing its first episode on October 16, 1972. Producers have revealed a storm is set to rip through the village as part of the anniversary week, but they have kept tight-lipped on the details. However, Mark Charnock, who plays village chef Marlon Dingle, has teased the upcoming storylines as “nothing short of sensational”.

The 54-year-old has portrayed Marlon for more than two decades and the character has been at the centre of some major storylines over the past year.

The chef suffered a stroke in March and he has been on the long road to recovery with his new wife Rhona Goskirk (played by Zoe Henry) by his side.

The couple tied the knot this summer, with Marlon leaving Emmerdale viewers in tears as he summoned the strength to get out of his wheelchair and step down the aisle.

Marlon actor Mark recently opened up to Express.co.uk about married life with Rhona as well as what is in store for the highly anticipated 50th-anniversary episodes. 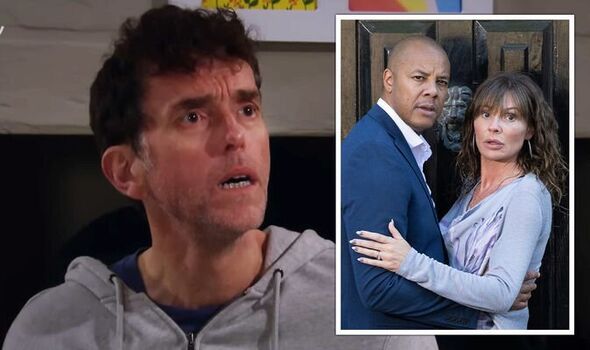 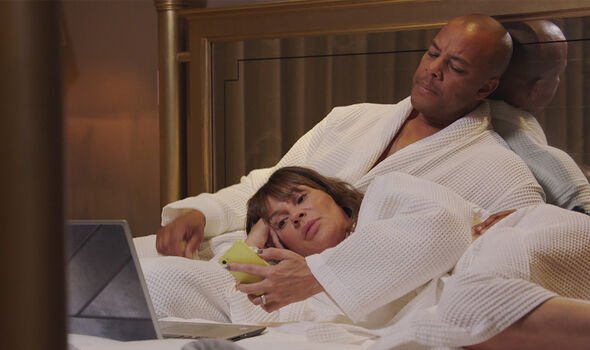 He said the upcoming episodes will be “nothing short of sensational”.

When asked what will happen to Marlon, Mark coyly replied: “The only thing I can talk about in terms of Marlon is his progress. He is making a slow amount of progress.”

Mark added: “It is and they have had to be consistent with this and have a very realistic timespan.

“They don’t want to do it quickly, they want it to be real and we are lucky as a soap that we can do that and take that time with it.” 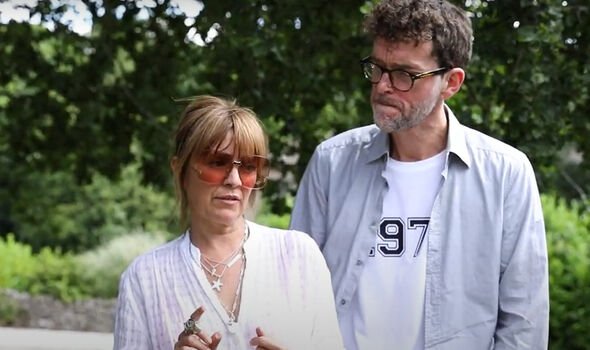 Will their affair be rumbled when the storm sweeps through the Yorkshire Dales?

Emmerdale producer Jane Hudson, who was part of a press event to celebrate the show’s 50th anniversary, hinted at what might unfold in October.

Jane added: “There is one element which nobody has done and no other soap could do it apart from Emmerdale apart from where we are, that is a hint for you all.”

The producer also commented on Chas and Al’s affair behind her husband Paddy Kirk’s (Dominic Brunt) back.

“Chas and Al, I mean it’s a storm, if you are going to get it on you have the storm for cover, do you know what I mean?” Jane quipped. “Chas and Al feature very heavily.”

Only Belle Dingle (Eden Taylor-Draper) knows about their raunchy affair on the ITV soap, but Al and Chas might be exposed in upcoming scenes.

Spoilers for Emmerdale have revealed Al’s partner Kerry Wyatt (Laura Norton) proposes to him in rap form no less.

Al feels he has to say yes in the moment but later makes sure Chas knows he still wants to be with her when they have a minute alone together.

How will Kerry and Paddy react when their partners’ secret is finally unearthed?

Emmerdale airs on weeknights from 7.30pm on ITV. 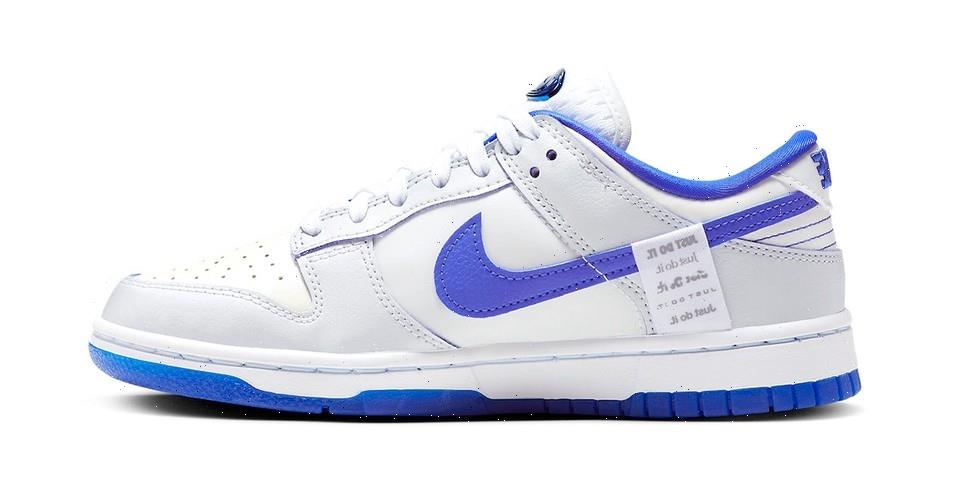 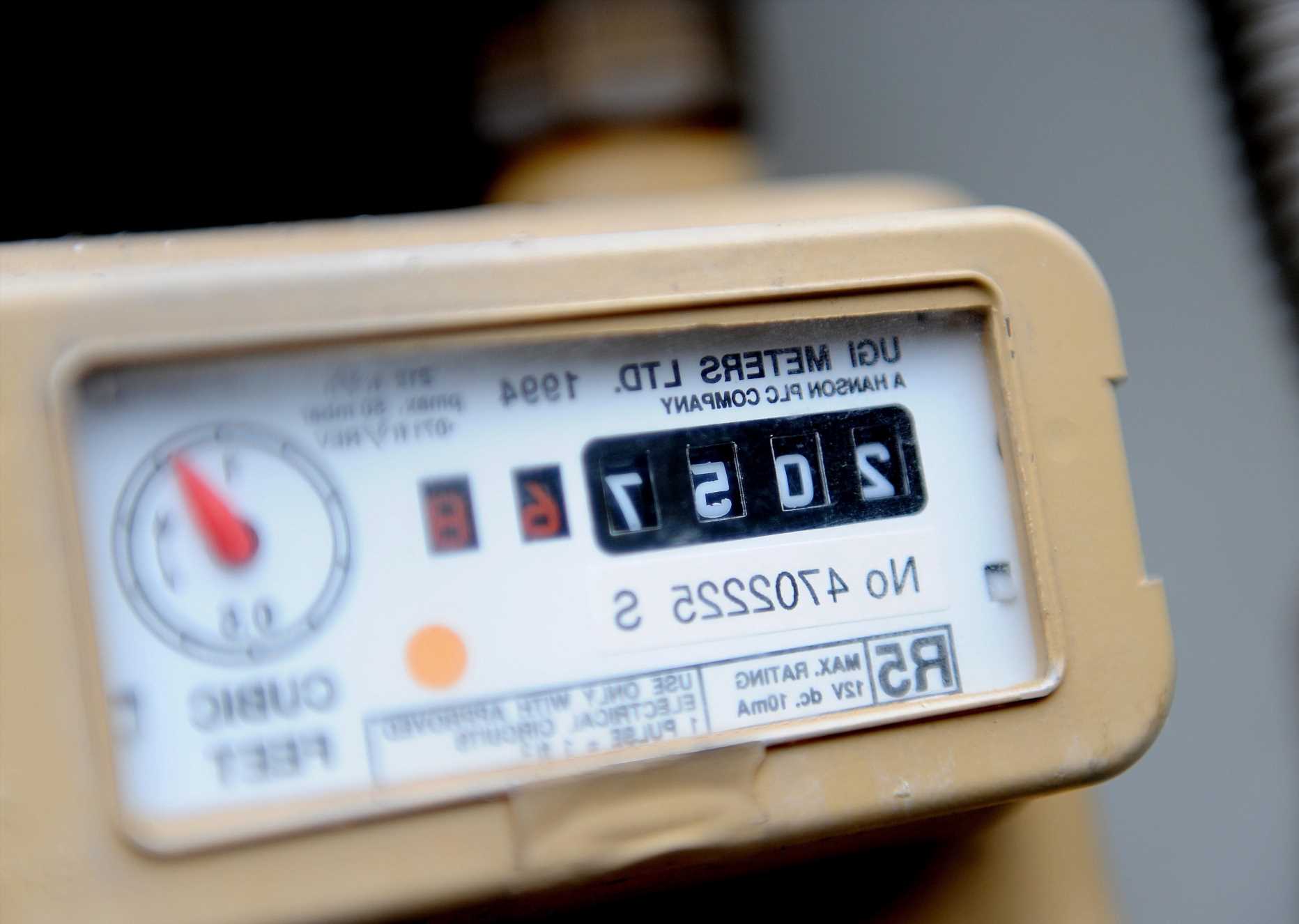