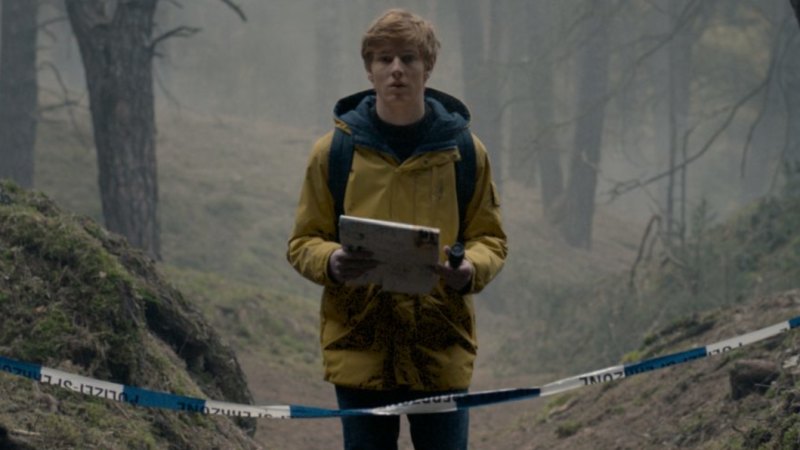 This article includes spoilers for Stranger Things and the first season of Dark.

It's a dark night in a rural town surrounded by woods. People are frantically searching for a boy who has gone missing. The police seem inept to help. The reason he has gone missing is inexplicable and, perhaps, supernatural. 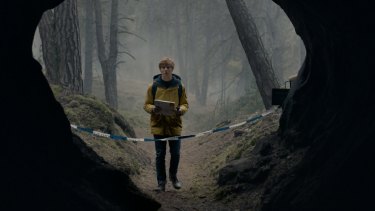 Dark on Netflix has a 94 per cent approval rating on Rotten Tomatoes. Credit:Netflix

No, this is not a description of the very first episode of Stranger Things but of another engrossing Netflix sci-fi thriller set (partly) in the past: the German time-travel adventure series Dark. The two shows are often compared, and understandably so – when the characters in Dark go back in time, for instance, they often travel to the mid-1980s, the same period in which Eleven and Will explore the Upside Down. There's also a core group of kids, who share a dynamic not unlike the Stranger Things friends in Hawkins, Indiana.

But the similarities end there. While Matt and Ross Duffer's nostalgic trip explores the lives of their characters for the sake of the plot – each Stranger Things season begins by establishing relationships and characterisations before it's all largely forsaken when the monsters turn up – Dark uses the plot to explore and deepen its characters and themes.

The first season was generally well received when it came out in 2017, drawing comparison to Twin Peaks as well as Stranger Things. But in its second season, the show's ambitions are closer to those of The Wire, as it builds out its world and uses its genre trappings – primarily time-travel, in this case – less as plot gimmicks than as ways to deepen the characters and explore their decision-making.

The scope of Dark is sprawling, but the foundation of the story involves the fictional town of Winden in rural Germany, four families, a nuclear reactor and time travel. (The story begins in 2019 but also moves backward to 1986 and the early 1920s and 1950s.)

The series creators, Baran bo Odar and Jantje Friese, have built a world of intrigue: infidelities and secrets from the past abound, and some of the kids harbour secret crushes on one another. And the search for Mikkel, the young boy who goes missing in the woods, sets off a chain of events that eventually leads to an exceptionally complicated and uniquely rewarding time-travel story.

Many films and TV shows such as Doctor Who and Quantum Leap get lost in the weeds explaining how the time-travel device works — how it's taking place, what will be the result if people from different timelines meet.

Entire plotlines are dedicated to making sure characters from different timelines do not see or interact with each other, à la Back to the Future (one of the many films referenced in the most recent season of Stranger Things). While these trappings are sometimes fun, the viewer might be left thinking more about the mechanics of it all than about the people doing the traveling.

That's not how Dark works. Even when the show echoes those tropes with a scene explaining the narrative device in the first season, it's done in a hand-waving kind of way, mercifully brief. Odar and Friese are more interested in devoting time to their characters' emotional journeys. 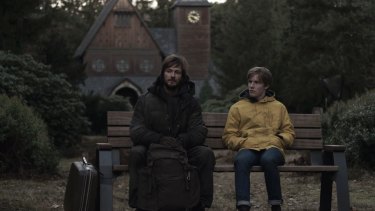 Andreas Pietschmann and Louis Hofmann in a scene from Dark. Credit:Stefan Erhard / Netflix

A significant time-bending twist in season one reveals a familial connection between Jonas Kahnwald (Louis Hofmann), a high school student in the present day timeline, and another character – but the reveal turns out to be more than just a convenient narrative provocation; instead it permanently alters how he views the world and the decisions he makes in the other timelines.

Noah, a priest, played with quiet conviction and a touch of sadness by Max Schimmelpfennig, is a multi-layered villain: he commits sinister deeds at the beginning of the show (he's seen kidnapping children), though by season two, it becomes clear that his divine devotion to the ideas of good and decency have led him down a path of evil.

And in a standout performance, Karoline Eichhorn plays Charlotte Doppler, a longtime resident of the town who is a police officer working to find Mikkel, the boy who disappeared. She is reminiscent of Hopper in Stranger Things, if only he was a good detective.

As season two, released last month, delved deeper into the mood and aesthetic established by season one, The Wire began to seem like the more apt comparison. Introduced as a cops-and-dealers drama, David Simon's ambitious saga was soon revealed to be an astute examination of politics and crime in Baltimore that unpacked how each decision made by its characters affects others — the crime is connected to the police which is connected to city government which dictates what happens in the schools, and so on.

Dark is just as incremental in its world building; every character introduced is meticulously and intricately woven into the time-travel narrative.

Dark isn't an easy watch – also like The Wire, the pacing is deliberate and plot threads introduced early on are sometimes not paid off until episodes later. But those who are able to binge the first two seasons will likely find it worth it.

When you're done with the Battle of Starcourt, feel free to visit Winden, Germany. There are even stranger and better things happening there. 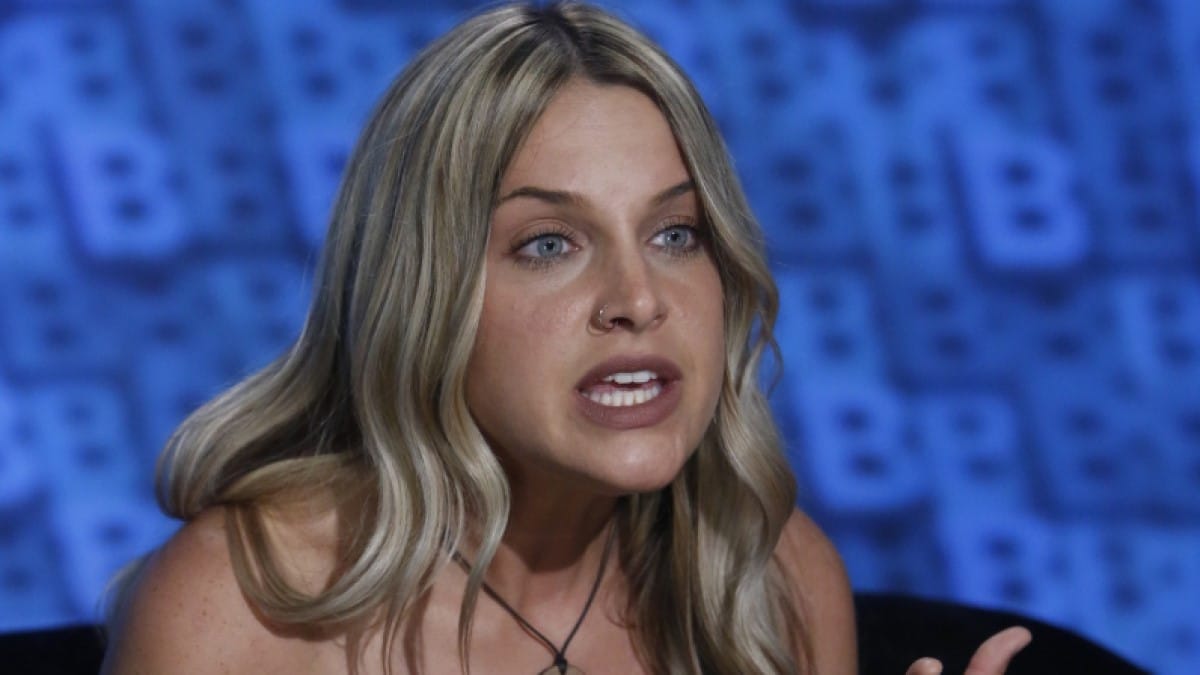 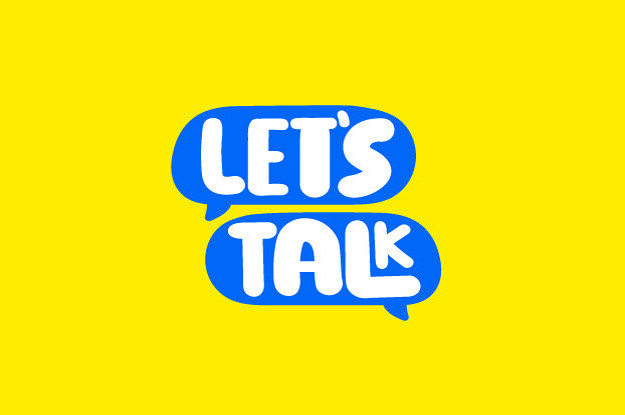 Next post Let Your Voice Be Heard. Tell Us Your Opinions!
Related News
Lifestyle
Recent Posts