GEMMA Collins bagged a bargain with a trio of Prada dupe cushions from her local market.

Far from forking out huge sums on designer interiors, the savvy The Only Way Is Essex favourite picked up apparent fakes of the items instead. 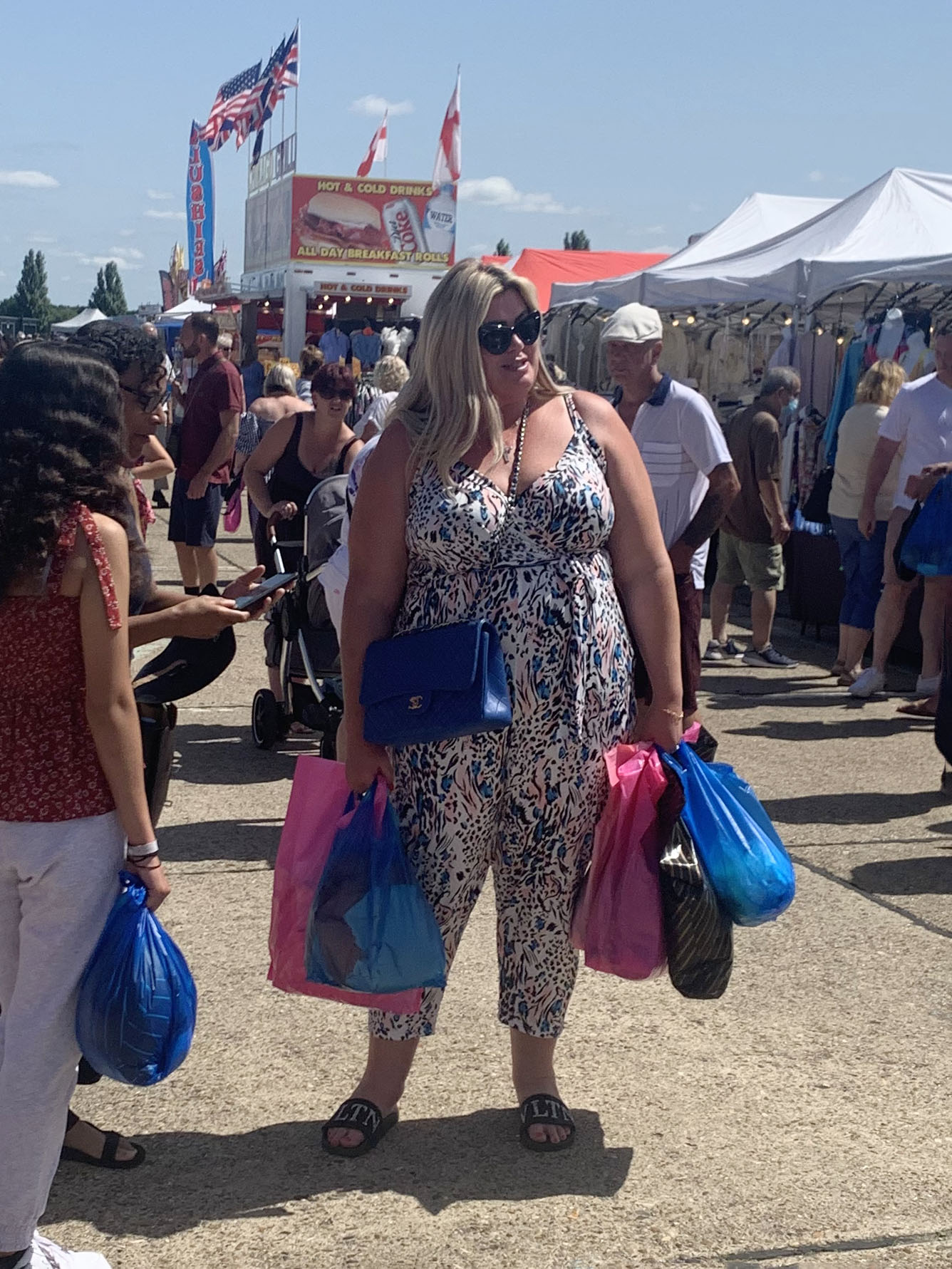 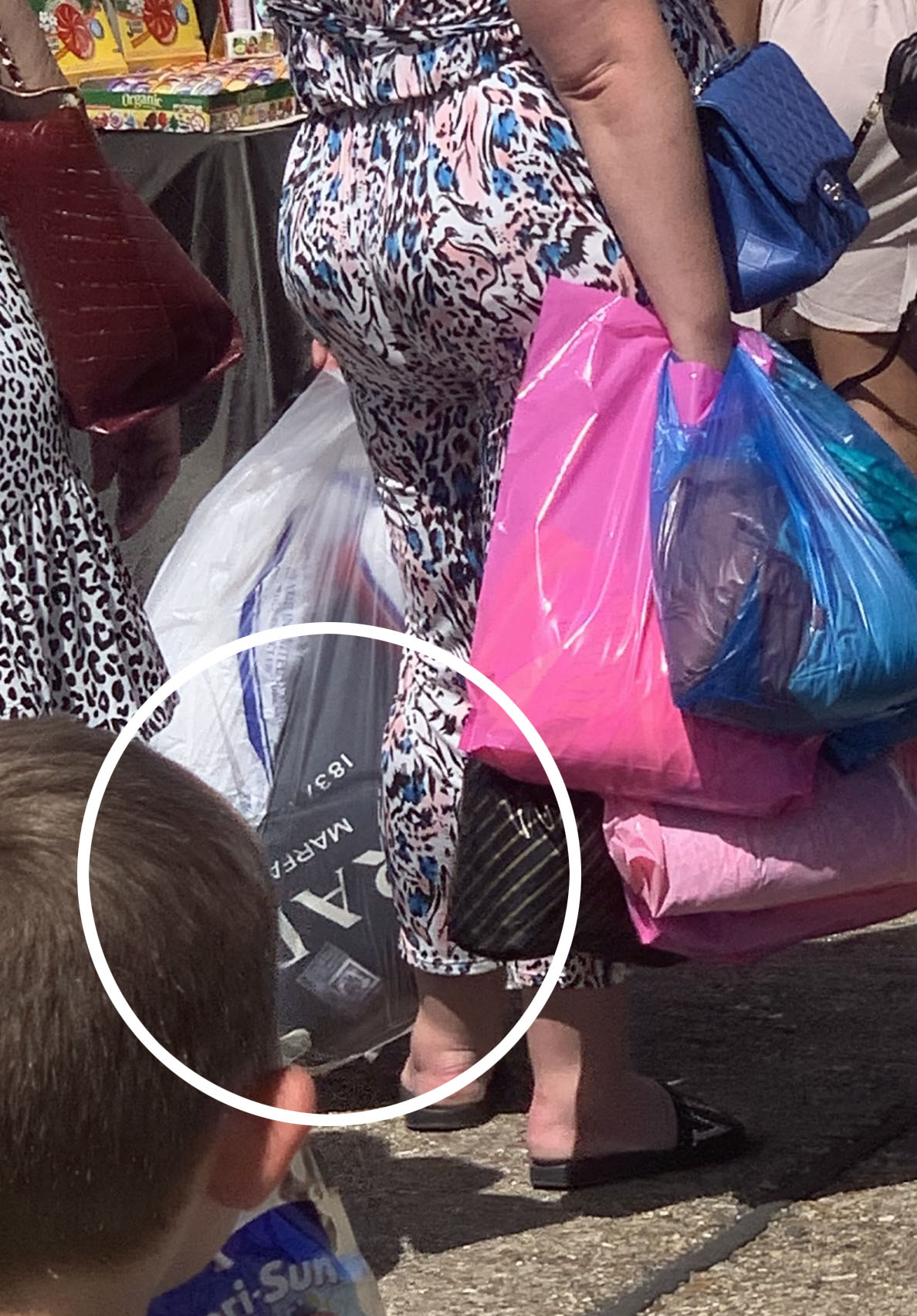 Images captured Gemma, 40, showing off her amazing three and a half stone weight loss in a pretty patterned jumpsuit as she strolled the stalls in North Weald's open-air shopping area.

She was dressed perfectly for the weekend's heatwave in huge sunglasses and matching black sandals, and appeared set for a big spree.

The GC, who stopped to chat with fans and sign autographs, clutched a pair of pink carrier bags as well as two blue bags and a clear sack.

It was the latter that gave away her mimic Prada cushions, with the logo seen peeking out of the side.

Later, the reality TV star placed the black and nude accessories onto her garden furniture to give it a classy look.

In 2019, Gemma was accused of buying "fake designer clothes" in a market in Manchester.

At the time, the Mirror reported she was spotted picking up knock-off Fendi and Givenchy T-shirts for £12 – and was asking if various items were available in XL.

They have published pictures of the 38-year-old shopping in a lockup on Manchester’s Bury New Road opposite Strangeways prison two weeks ago.

The area is reportedly raided by police regularly and has been given the nickname "Counterfeit Street" because almost every shop sells fake designer goods.

A source said: “She was looking at fake Gucci and Balenciaga but ended up buying Fendi and Givenchy.

“She has so much money and she brags about her designer wardrobe on TV and Instagram yet she is buying knock-off stuff.”

Gemma told ITV broadcaster Piers Morgan her dad now gives her a £3,000 a month allowance after she blew £50,000 in just two months.

She made the shock confession on Piers Morgan's Life Stories, where she astounded the host with her lavish lifestyle.

Gemma told Piers: "I'm a spender – my dad wrote me up as an absolute disgrace, I'd spent £50,000 in two months up in Knightsbridge.

She confessed: "I felt disgusted in myself; I went absolutely crazy in Gucci – shoes, bags, coats- I was staying in the Dorchester more or less every night of the week, £600 a pop, and I was wining and dining in there.

"I got absolutely massive, I could barely walk – it was kind of like self destruction in a way, and I'm pleased that my dad took my card off me as I am telling you now I'd have ended up in trouble."

Gemma went on to tell Piers that her dad controls "everything", but she asks for extra money if she is going on holiday or on a shopping trip to London, fearing that her card will be declined.

Admitting that it had been declined in Gucci before, she explained: "I get a budget, I get an allowance each month – only £3,000." 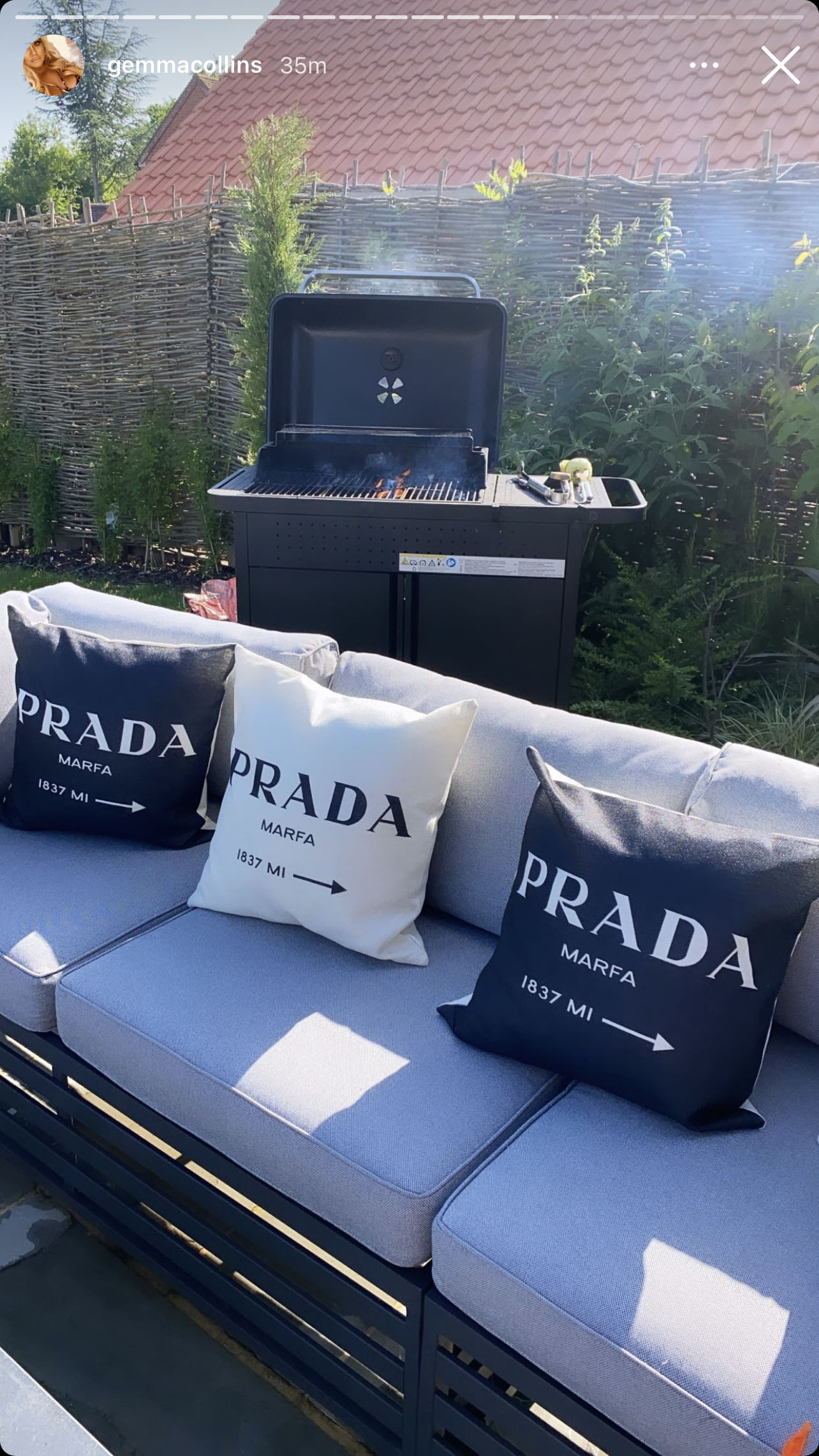 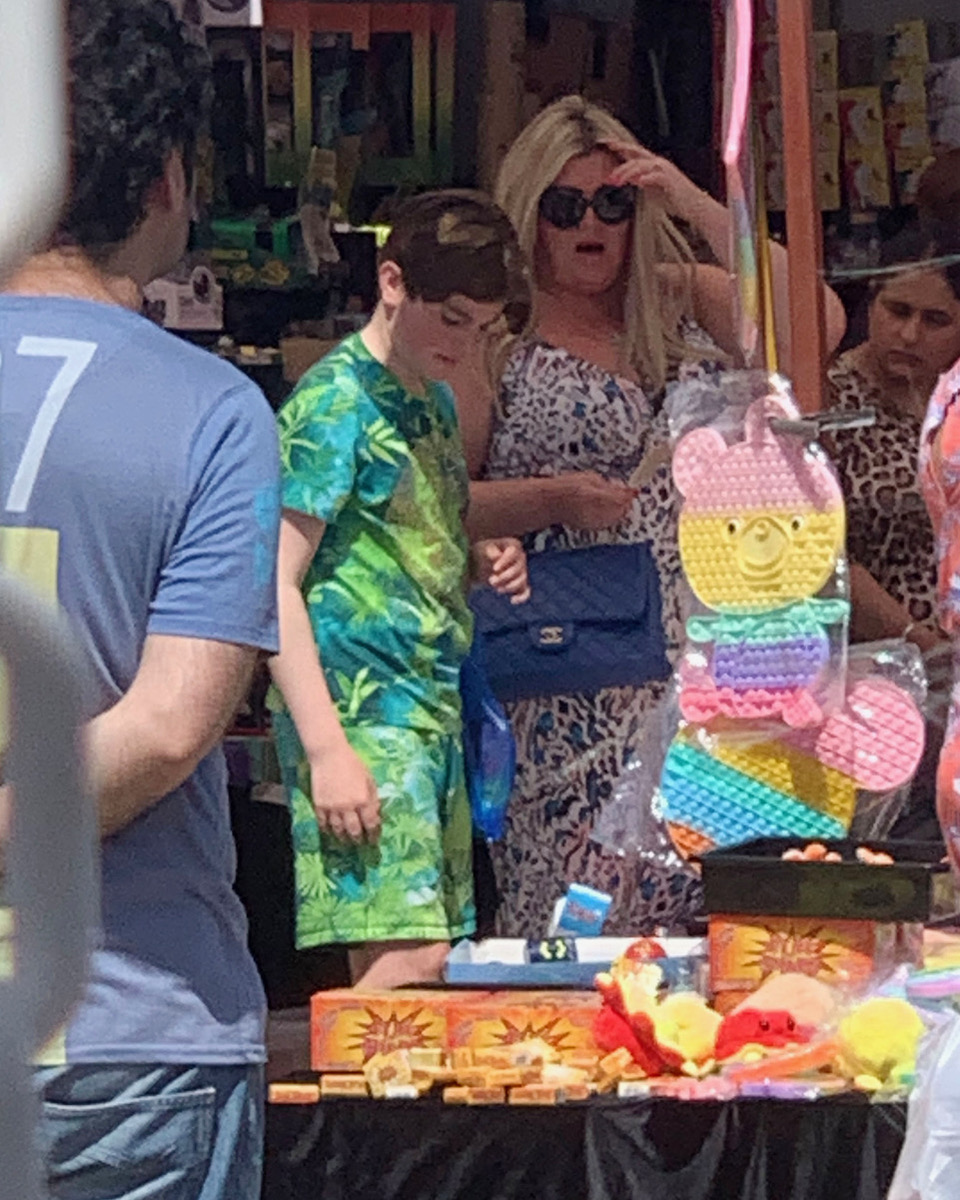 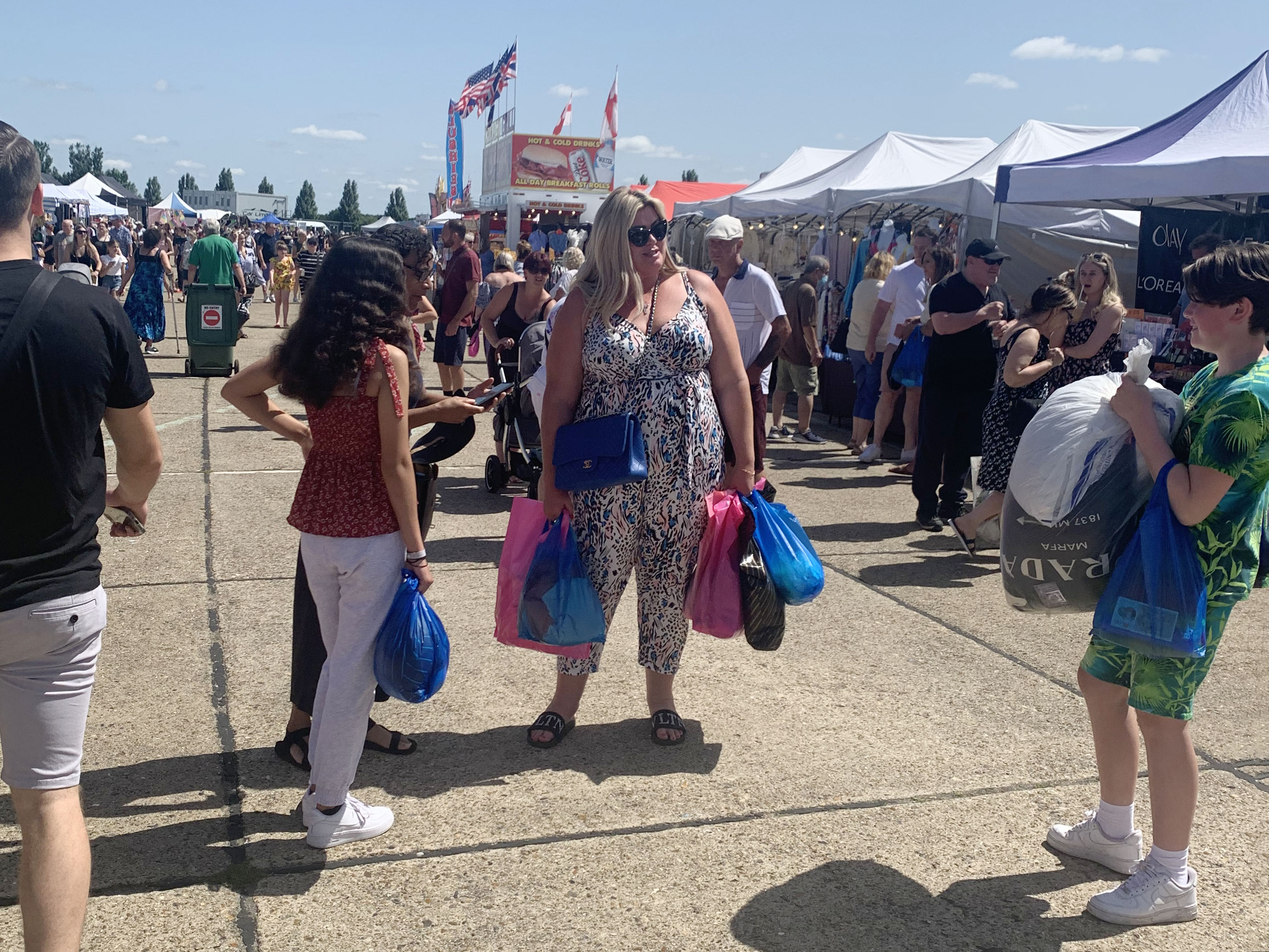