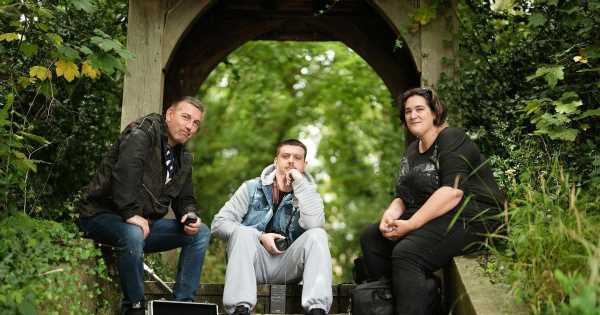 Black magic, sex rituals, satanic worship and the "slaying of a bloodsucking spectre" – the tale of the Highgate Vampire has it all.

But could one of the mystery’s psychic investigators now be cursed to lurk in the creepy cemetery at the heart of the notorious case?

North London’s Highgate Cemetery is home to 50,000 graves including those of philosopher Karl Marx and singer George Michael.

It’s an eerie, gothic place, but things started getting seriously spooky in 1970 after tobacconist David Farrant reported seeing a ghostly "grey figure" there.

Soon a host of others came forward to tell of their own chilling experiences there.

The case would eventually take over Farrant’s life, see him jailed, and feud for years with another investigator, Sean Manchester, who sensationally claimed a vampire was on the loose.

Now a new discovery+ TV documentary, The Curse Of The Highgate Vampire, features recent footage taken by three YouTube paranormal investigators, Claire, Tony and Alex, of an apparent phantom appearing at one of the cemetery’s tombs.

Asked to give its name, a presence seemed to reply: "David!”

He added: "If the entity that is David Farrant carries on in spirit anywhere, I can’t imagine a more appropriate place."

Farrant believed he’d encountered a paranormal being, conjured up by Satanists carrying out secret rituals, after finding symbols on tombs.

Then occultist Manchester emerged saying he had evidence that local women had been bitten by a "king vampire".

When the pair were interviewed on TV at the cemetery on March 13, 1970, a vampire-hunting mob descended, desecrating graves, with an iron stake driven through one coffin.

Farrant began trying out black magic as he tried to banish the entity, saying: "I was experimenting with forbidden rituals, some of which involved sex."

Expert Andrew said there was "a lot of nakedness, a lot of 1970s vibe".

Amid the mania surrounding the case the charred, headless body of a woman pulled from a grave was found abandoned in a road outside the cemetery.

In 1974, Farrant was jailed for damaging memorials and interfering with dead remains at the cemetery.

He would spend three years in prison, maintaining Satanists were the real culprits.

Andrew, who believes Farrant was both "authentic” and innocent, said: "He paid a great price for his passion."

Meanwhile Manchester claimed to have tracked down the vampire, beheaded it and driven a stake through its heart, before setting fire to the remains.

The case would inspire a Hammer horror film and both Farrant and Manchester wrote books about the mystery as they continued to argue over the vampire theory.

In his own investigations Andrew found the imprint of a 15-inch stake under a boulder just outside the walls of the cemetery.

But he said: "Crazy, unexplained events continue to this day.

"I’ve personally spoken to taxi drivers that have picked up somebody in the back seat who has red piercing eyes, is large in stature and gets out of the moving taxi and when they look behind he’s walking through a wall."

In fact, Andrew reckons sightings can be traced back to 19th Century reports of “Spring-heeled Jack" – a clawed creature with bulging red eyes that stalked the capital.

He adds: “It’s the number of occurrences that tells me that where there’s smoke, there’s fire!”

The Curse Of The Highgate Vampire is available to stream from Friday exclusively on discovery+. 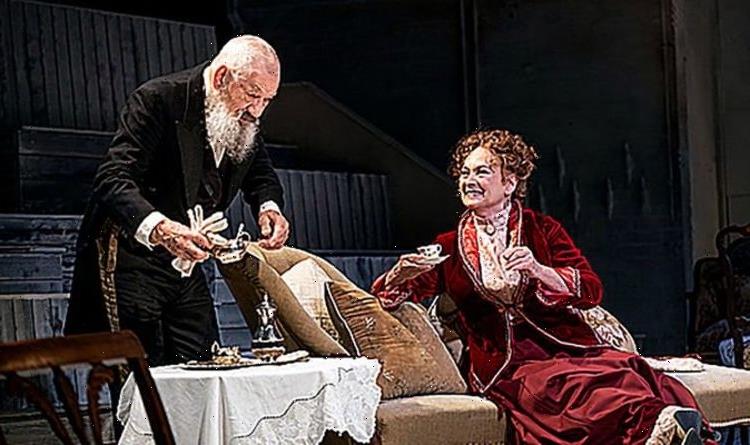 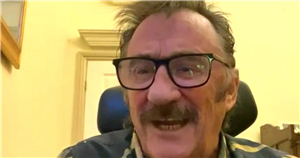