Angry viewers lodged official complaints about the row that aired on Good Morning Britain two weeks ago showing the host blasting Mr Hancock's "woeful" management of the Covid crisis, which has killed more than 120,000 Brits. 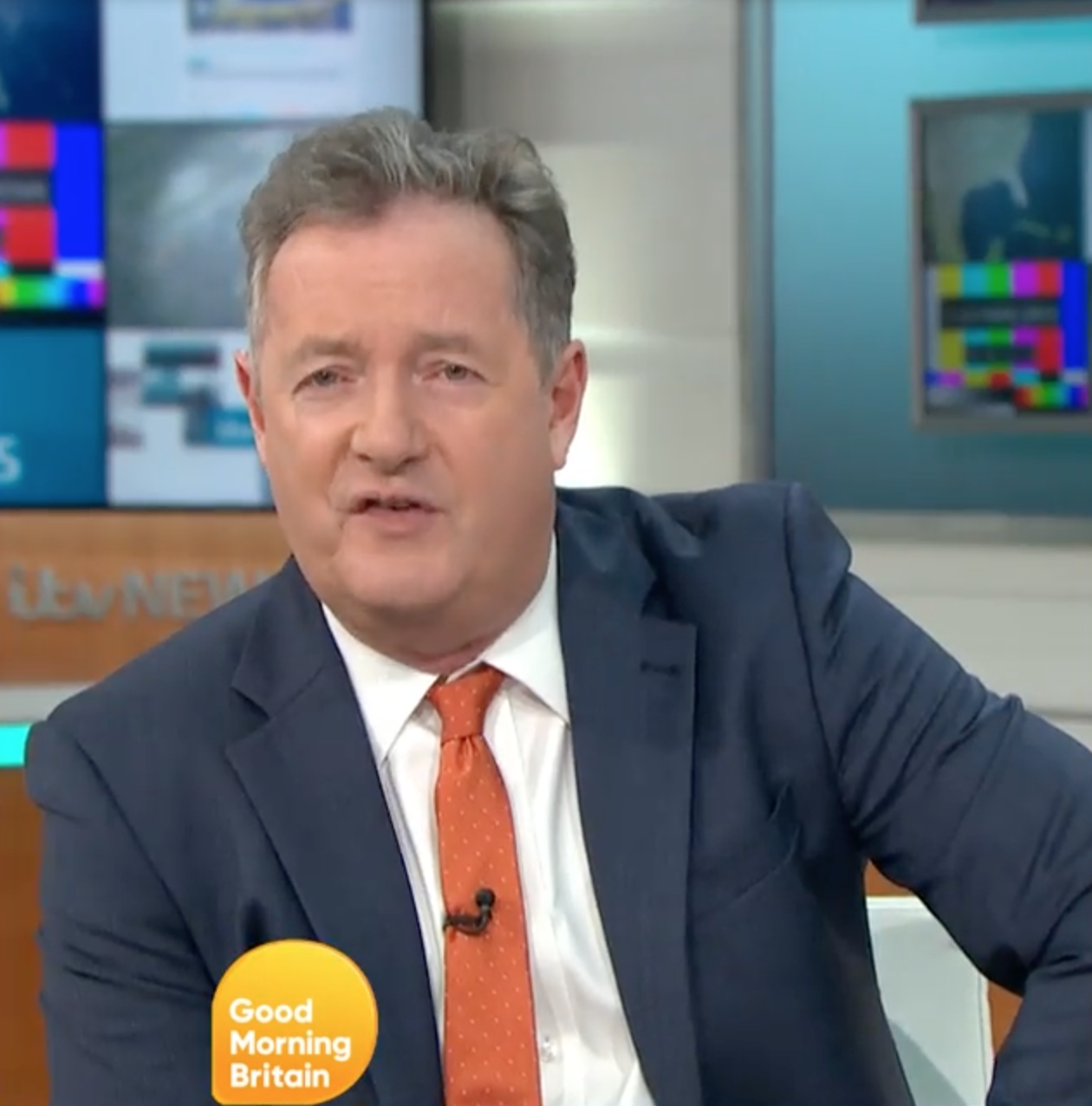 Telly watchdog Ofcom told The Sun 151 people had reached out over Piers attacking Mr Hancock when he said his NHS buying team should be "thanked" for sourcing PPE during the coronavirus pandemic.

It all kicked off when Piers grilled him on why he hadn't apologised after a court found he had acted unlawfully by failing to publish details of dozens of PPE contracts the government signed during the pandemic.

A defiant Health Secretary insisted he wouldn't say sorry, before insisting there had been no "national outage" of PPE after Piers accused him of a "barefaced lie".

Piers then showed a picture of NHS staff wearing binliners at the height of last year's first Covid wave. 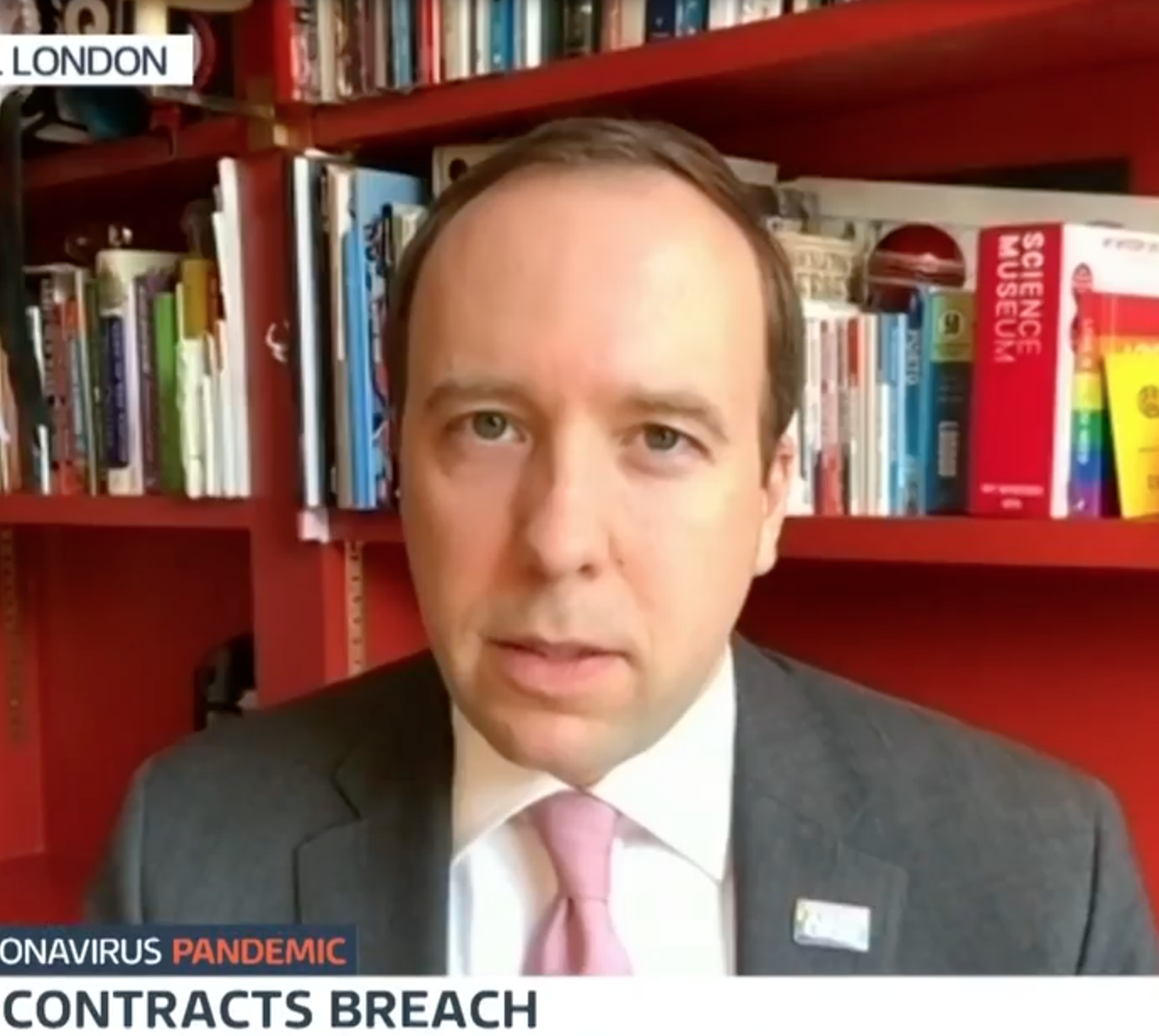 But the Health Secretary claimed his PPE-buying team should be thanked, which drew a withering response from the ITV presenter.

As their heated duel raged on, Piers accused him of sounding "exasperated".

Mr Hancock said: "I think we should be on this programme thanking my team. They work so hard."

"You and your team have presided over a woeful handling of this pandemic that has led to us having the worst death toll in Europe, 130,000 people dead. 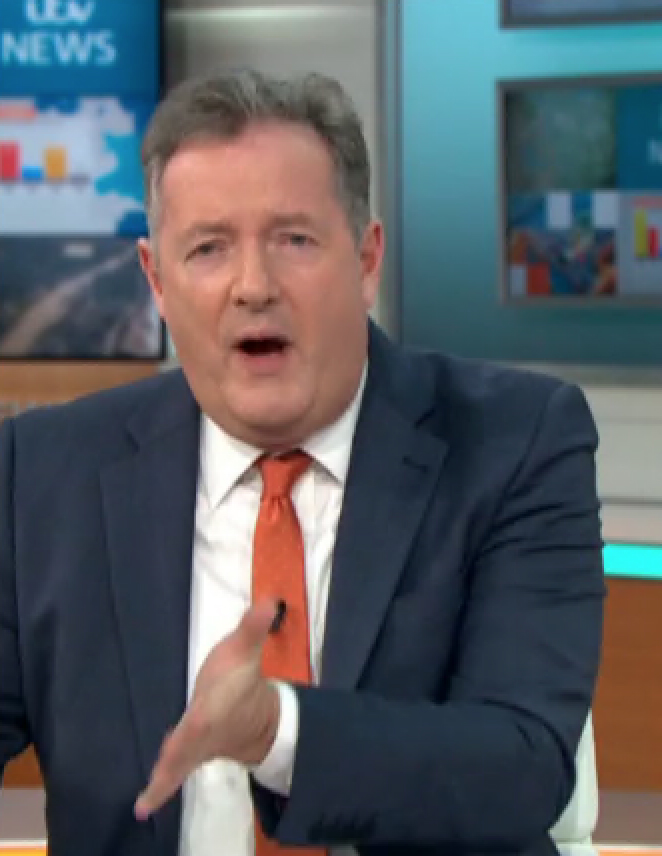 "So I'm sorry if my first thought when you come on is not to thank you and your team for your brilliant handling of the pandemic.

"I don't think 130,000 deaths shows you have handled it well. I am sorry I am not thanking you and applauding you."

Mr Hancock hit back, claiming "as soon as I start answering a question you cut in" and insisted he would "just keep finishing the answers".

To which Piers replied: "Don't be so patronising, Health Secretary. We gave you a chance to answer.

"But when you give a completely disingenuous answer we are going to call you out on it".

I don't think 130,00 deaths shows you have handled it well. I am sorry I am not thanking you and applauding you

Mr Hancock was adamant he wanted to answer the point before repeatinghis claim that his PPE-buying team "deserved our thanks and praise".

Piers then questioned him about his former pub landlord, Alex Bourne, whose company is being investigated by medical regulator the Medicines and Healthcare products Regulatory Agency (MHRA).

Mr Bourne, 36, landed a £30 million deal to supply the NHS with tens of millions of Covid test tubes after WhatsApping the Health Secretary, his former neighbour.

Hinpack, a manufacturing business run by Mr Bourne, partnered with a supplier to provide the Covid-19 specimen collection tubes and funnels.

Mr Hancock said: "I did not have anything to do with that contract.I didn't reply to the message.

"Lots and lots of people have helped in this response and all these people that came forward to help us as a country respond to this unprecedented challenge, they deserve our thanks, too.

"All of this was done properly and above board and the national audit office has confirmed that."

But Piers continued to press him, saying: "I am really struck by the fact you feel incensed that we are not thanking you enough for your handling of the pandemic."

Mr Hancock replied: "I am asking you to thank people who spent 18 hours a day, seven days a week to make sure we got the PPEthat we needed and saved lives as a result."

"We have nearly 1,000 health workers have died on the front line. I don't know why I should be thanking you. You should be apologising."

Mr Hancock responded: "You should listen to my answers. I said you should thank my team, the PPE-buying team, in particular.

"There is no evidence from a lack of PPE to any of the front line workers who very sadly have died."

As the clash continued, Piers said: "What I am really struggling with is your determination to be thanked for working hard in a pandemic when you are Health Secretary.

"And your refusal to hold your hands up and say, I am really sorry we have got the worst death record in Europe.

"Why don't you say that? Rather than demanding thanks. Say 'I am sorry that we failed you. I will try and do better'. That is more honest, isn't it?"