Gogglebox viewers were hoping they tune in to the latest episode of the Channel 4 point-of-view programme to get some light relief from current matters. They watched as the infamous families commented on the highlights from this week’s selection of television, including moments from Strictly Come Dancing and the Great British Bake Off. However, when it came to viewing a segment from American web series The Toe Bro, fans had to switch off as graphic scenes from an operation on an ingrown toenail was shown.

The programme features YouTube sensation Jonathan Tomines, who is a registered foot doctor and helps patients by providing chiropodist services.

Viewers watched as the medical professional assisted a young man who had several infected ingrown toenails, but there was one which was worst than most.

Even the doctor was shocked by what he was seeing, telling the patient his problems needed treatment “as soon as possible”.

Watching the graphic scenes, one of the popular stars of the show Tom Malone Jr said he would have told the professional to “cut his toe off”.

However, it was clearly a struggle for viewers watching at home to keep their eyes on the screen as one wrote on Twitter: “The Toe Bro on #Gogglebox I was not prepared. I had little notice.” 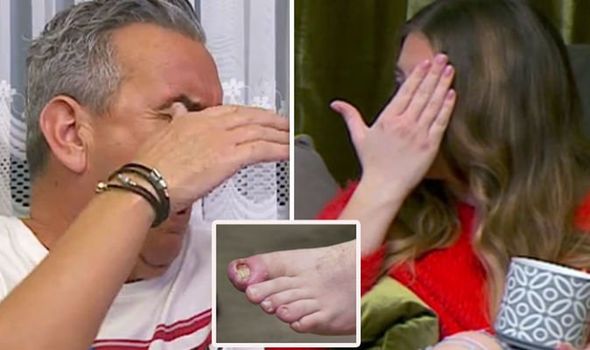 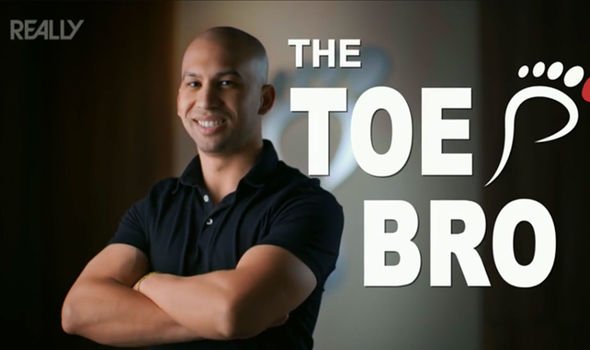 Another avid fan posted: “Right since the Toe Bro came on I haven’t been able to look at the screen. Hearing it all is enough to turn my stomach.”

Whilst a third commented: “Watching the Toe Bro bit on tonight’s #Gogglebox, with the daughter hiding behind my shoulder. She couldn’t fathom how I could sit and watch it!”

“#Gogglebox Couldn’t watch the Toe Bro part. I thought my toe was bad when I had it sliced open and the nail bed killed on the sides to stop me having issues and the abscesses cut out but it was tame compared to that,” a fourth commented.

A fifth shared: “The Toe Bro is possibly one of the vilest things I’ve ever witnessed on tv #Gogglebox,” with a sixth remarking: “#gogglebox have crossed a line here with the toe fella. Keep toes off the telly!” 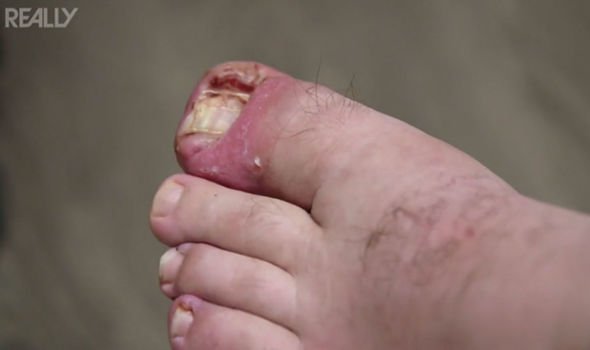 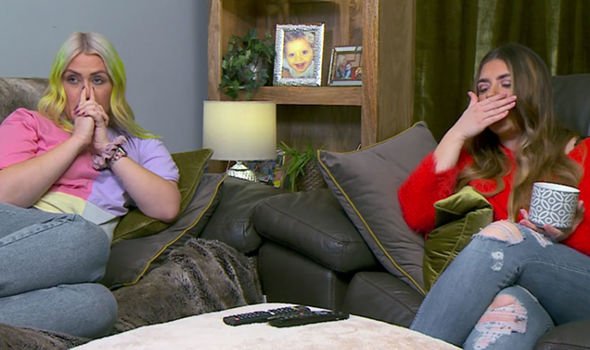 “Catching up on #Gogglebox. The Toe Bro. I can watch anything, but Jesus, I had to take my specs off so I couldn’t see it,” a seventh opined.

An eighth viewer claimed: “This Toe Bro might genuinely be the most horrific thing I have ever seen #Gogglebox.”

After getting a glimpse of the infected toenail, those viewers who could watch saw Jonathan carry out a procedure.

The Toe Bro had to apply anaesthetic to the toe before taking a closer look at the damage which had been caused by the infection.

Jonathan then removed the source of the infection, telling his patient: “There is no way this baby is coming back.”

Showing the young man what was causing the discomfort, a jagged-edged, ingrown toenail was presented to viewers.

The Toe Bro then explained he was also going to remove some of the flesh around the toe to enable the area to recover.

As the procedure was being carried out, the stars of the show could be heard wrenching and putting their hands up to their face.

Rounding off the segment, viewers were shown the infected toe bandaged up after being treated by foot doctor Jonathan.

The web series began airing last year, with episodes being made available on the global video-sharing YouTube.

Each episode has had thousands of views, with The Toe Bro securing over 800,000 followers on his social media channels.