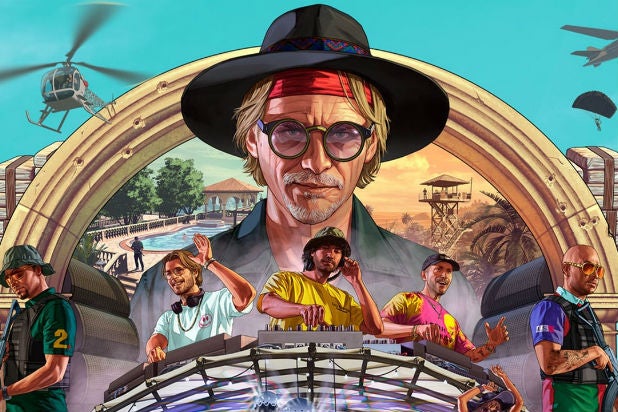 If you’re reading this, then likely you’ve experienced a weird problem that’s made “Grand Theft Auto Online” pretty much unenjoyable if you don’t like being forced to play in a room full of bigoted trolls: You suddenly can’t invite any of your friends to join you.

The good news: You didn’t accidentally do something to damage your PC or console, this is actually a known problem, and it’s GTAO developer Rockstar Games’ doing, not yours. The bad news: It’s going to be a while before the problem is fixed with another update (sorry).

Anyway, let’s take a second to explain the situation. On Dec. 15, GTA Online received an absolutely gigantic update, the “Cayo Perico Heist.” It not only added a ton of new missions and vehicles but a whole new playable region, the island of Cayo Perico, that is entirely separate from the parody version of Southern California where the game has exclusively taken place since GTAO’s launch in 2013. Also, in a first, “Cayo Perico” is designed specifically to be played either solo or with a team.

But GTA Online updates are traditionally pretty buggy and “Cayo Perico” is no exception. So it is that after it was added to the game, many players — apparently a disproportionate number of them PlayStation 4 users, including me — discovered that when they tried to invite friends to join them, they received a confusing error message: “Sending invites is disabled until both you and this player have completed the GTA Online tutorial.

Now, that message looks familiar because it’s the same one you see when you start up GTA Online for the very first time, or with a completely new character. Basically, all players need complete a few very easy missions to get used to the game and level up a little, before they can go out into the wild. Until they do so, they can’t join public sessions, invite friends to private sessions or accept invitations to either.

But the thing is, the users receiving that message now have long since already completed the tutorial. My character, for instance, is at level 53. Not only that, unlike new arrivals, the players affected by this new bug can still access public GTA Online rooms, or create private sessions that only they can use. So, you’re free to wander around an empty world doing missions that require only one person, or you’re free to enter a fully packed world filled with homophobes and transphobes and racists who play solely to grief other players. You just can’t actually invite your friends to either place, and you can’t receive invitations from other people.

Rockstar Games has released no public statement on the issue, but customer service reps are confirming to affected users that the company is aware of the issue and is working on a fix that will be included in a future update. Unfortunately, in Rockstar’s typically opaque manner it is providing no timetable for the fix or even a vague estimate. So, it could be tomorrow or sometime in 2021.

So now you’re asking, is there anything you can do right now in lieu of an official fix? Unfortunately, probably not. The solutions being proposed — for instance on this Reddit thread — assume the issue is something to do with your machine. As I said above, I’m using a PS4 and to be thorough I tried every single recommended fix. I also tried recommendations for fixing a similar glitch that affected users back in January. Nothing worked.

The problem is in the update, not your hardware, and since this is an online game, you can’t just delete the update and play the game as it existed before. Basically, if you’re experiencing this issue, you’re probably stuck until Rockstar pushes another update through.

But there is a workaround that will get you into the same servers as a friend. On your PS4’s home screen, go to your friends list and select the profile of a friend who happens to be playing GTA Online. On the next screen, look to the right side under “Now Playing” and click the game itself. And on the next screen, click “Join.” This will throw you into the same GTA Online session as your friend, as long as there’s room, or they don’t quit.

On the bright side, as we mentioned above Cayo Perico is designed to be played either with a team or solo. So if you’re just dying to check out the new GTA Online expansion, you can at least try and enjoy it while you wait for Rockstar to fix this annoying issue.