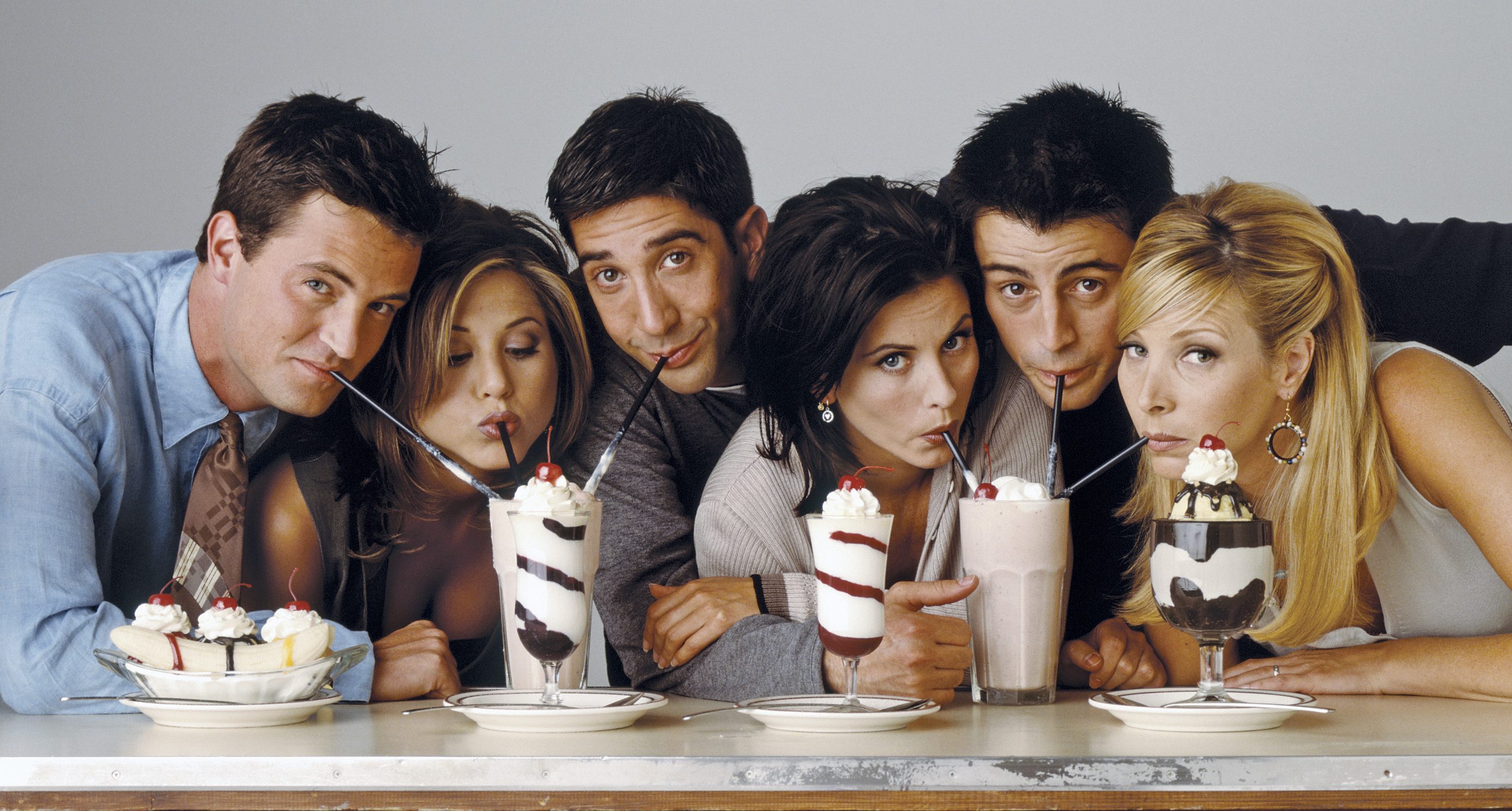 After 10 years of spending almost every waking hour together filming Friends the cast has finally answered the question burning on everyone’s lips ahead of the reunion – which of them hooked up with each other?

Ahead of their hotly-anticipated reunion on HBO Max, Jennifer Aniston, Courteney Cox, Lisa Kudrow, Matt LeBlanc, Matthew Perry and David Schwimmer revealed that there was a pact behind-the-scenes that prevented them from hooking up.

Although said pact may or may not have been more of an ‘unspoken’ agreement.

‘There was a rule that we had, it was really important to the six of us, that we kept a friendship,’ Matthew recalled.

‘If we were hooking up or there were any strangeness going on, that might mess with things. So, we kept a friendship, and we did become really good friends.

‘And we are really good friends to this day. And we kept that going.’

‘We didn’t want to jeopardise any of the great relationships and friendships we were forming and had established,’ David added in an interview with Acccess. ‘So it was kind of unspoken.’

However, Jennifer, Courteney and Lisa said they don’t remember a pact.

‘It’s a smart idea, but I don’t remember actually talking about it,’ Courteney confessed.

A trailer for the Friends reunion finally arrived last week, with the cast re-enacting an iconic episode and Jennifer consoling a visibly emotional Matthew.

Although not a new episode of the much-loved show, the cast have reenacted iconic scenes as well as sharing backstage secrets as they chatted to host James Corden.

‘I think everyone is even more excited to have this experience having been locked in a home for so long, and going through this past year, which was extremely heartbreaking and hard just to endure,’ Rachel Green star Jennifer enthused to Entertainment Tonight.

‘I think it’s going to be an even more welcomed time for people to see it.’

The beloved TV comedy’s celebrated run ended in May 2004 after 10 seasons and 236 episodes.

Friends: The Reunion airs on HBO Max on May 27.