THE measure of success now for many celebs is their social media fan base. 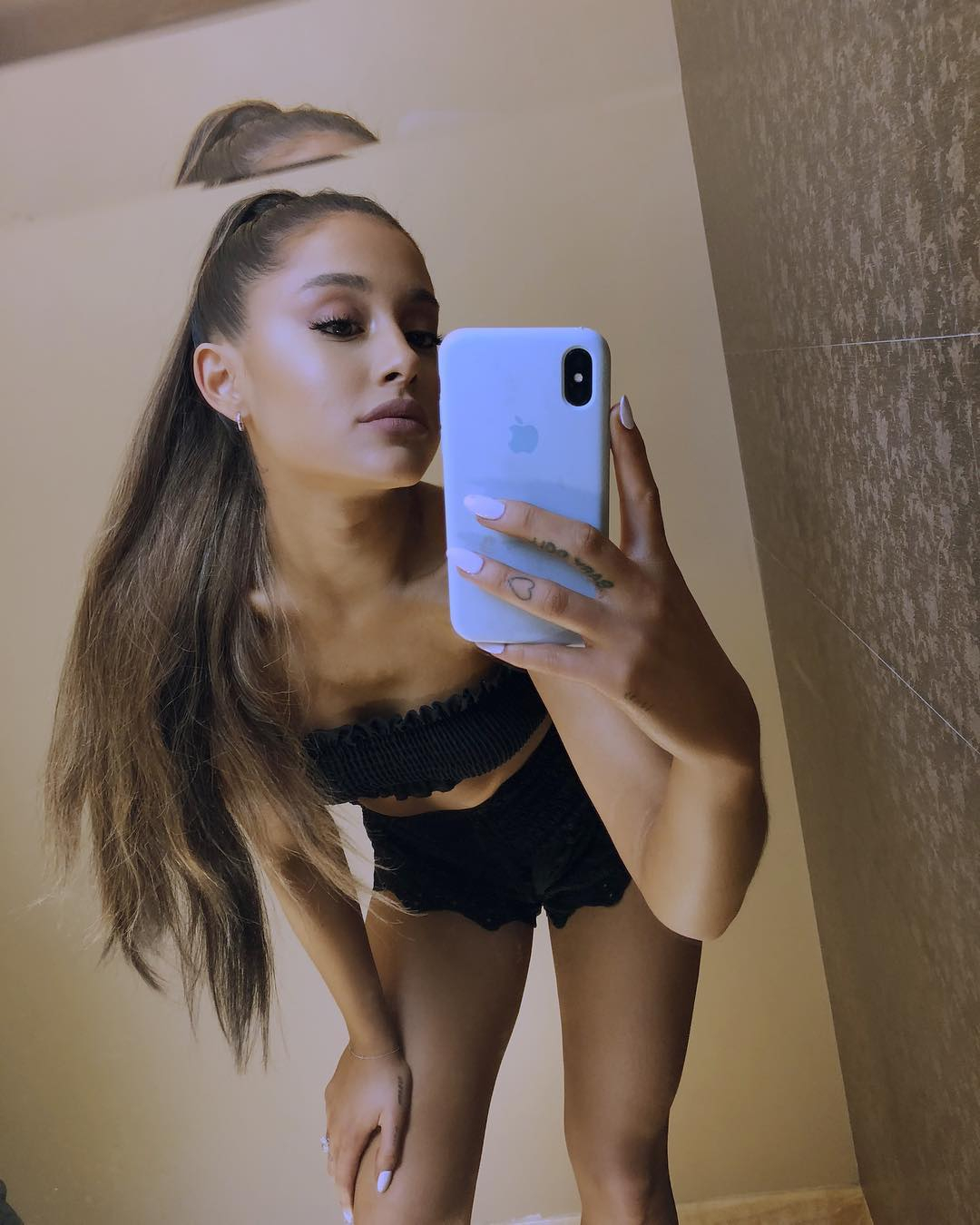 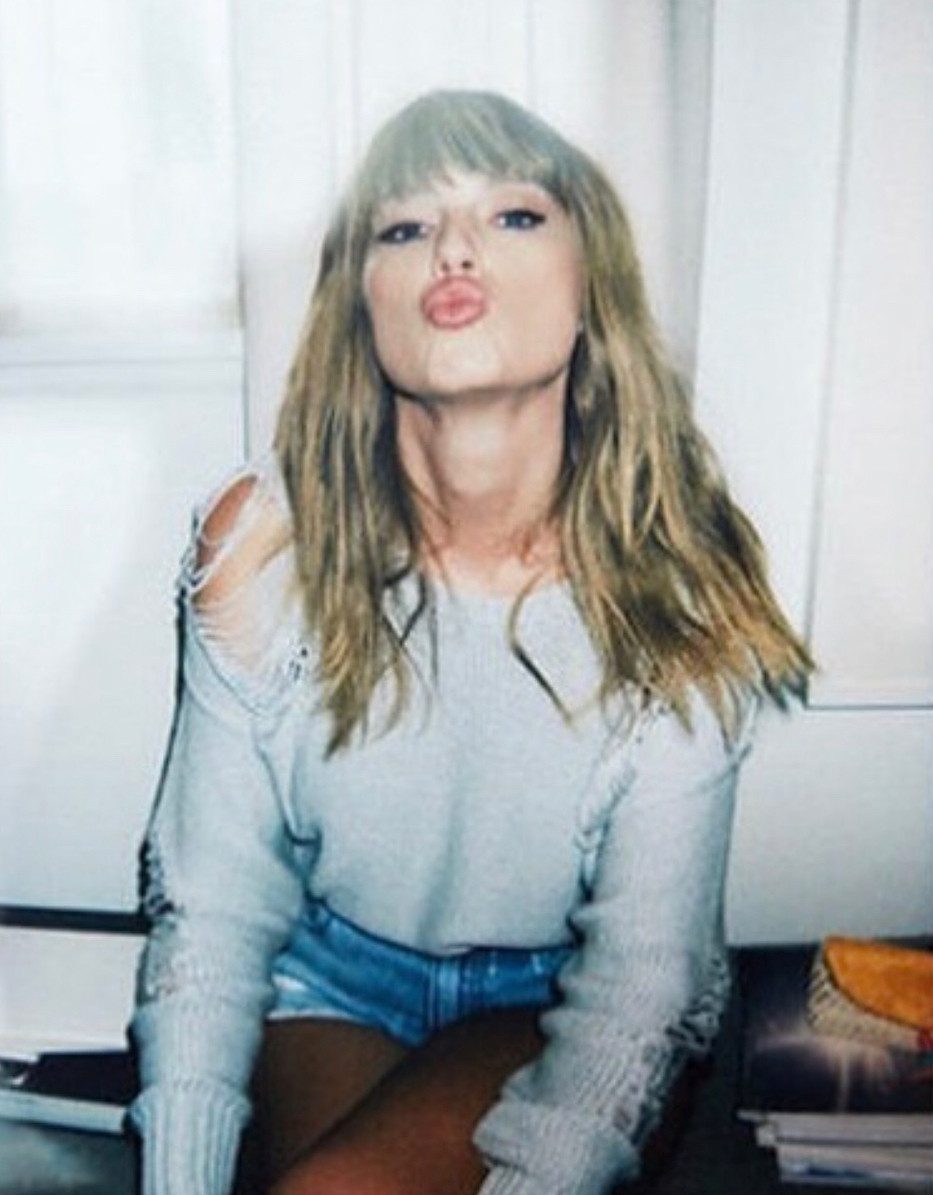 But a new report has listed the celebs who have the most “fake” followers.

Many are simply defunct accounts, but others are bots that can boost a user’s influence. 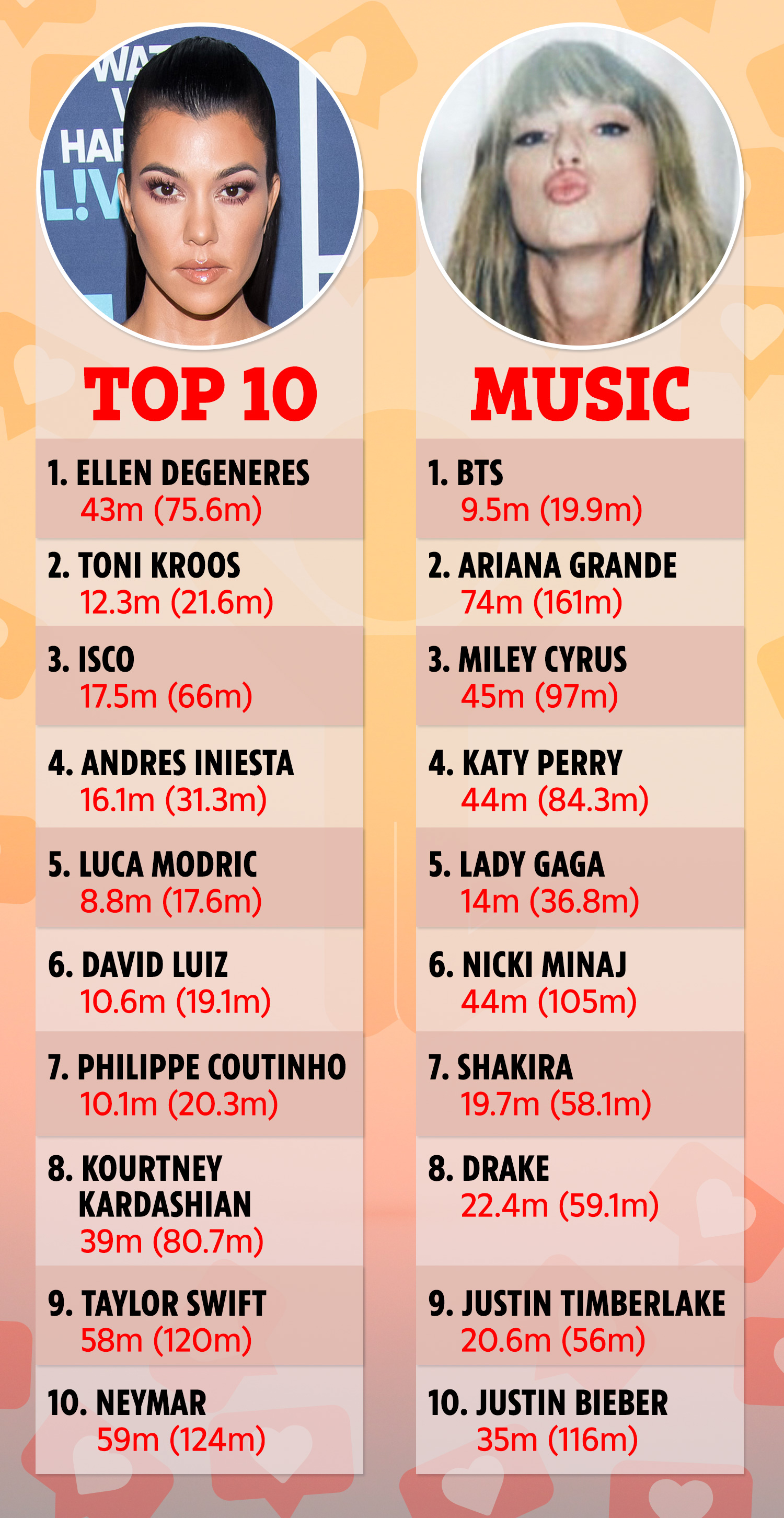 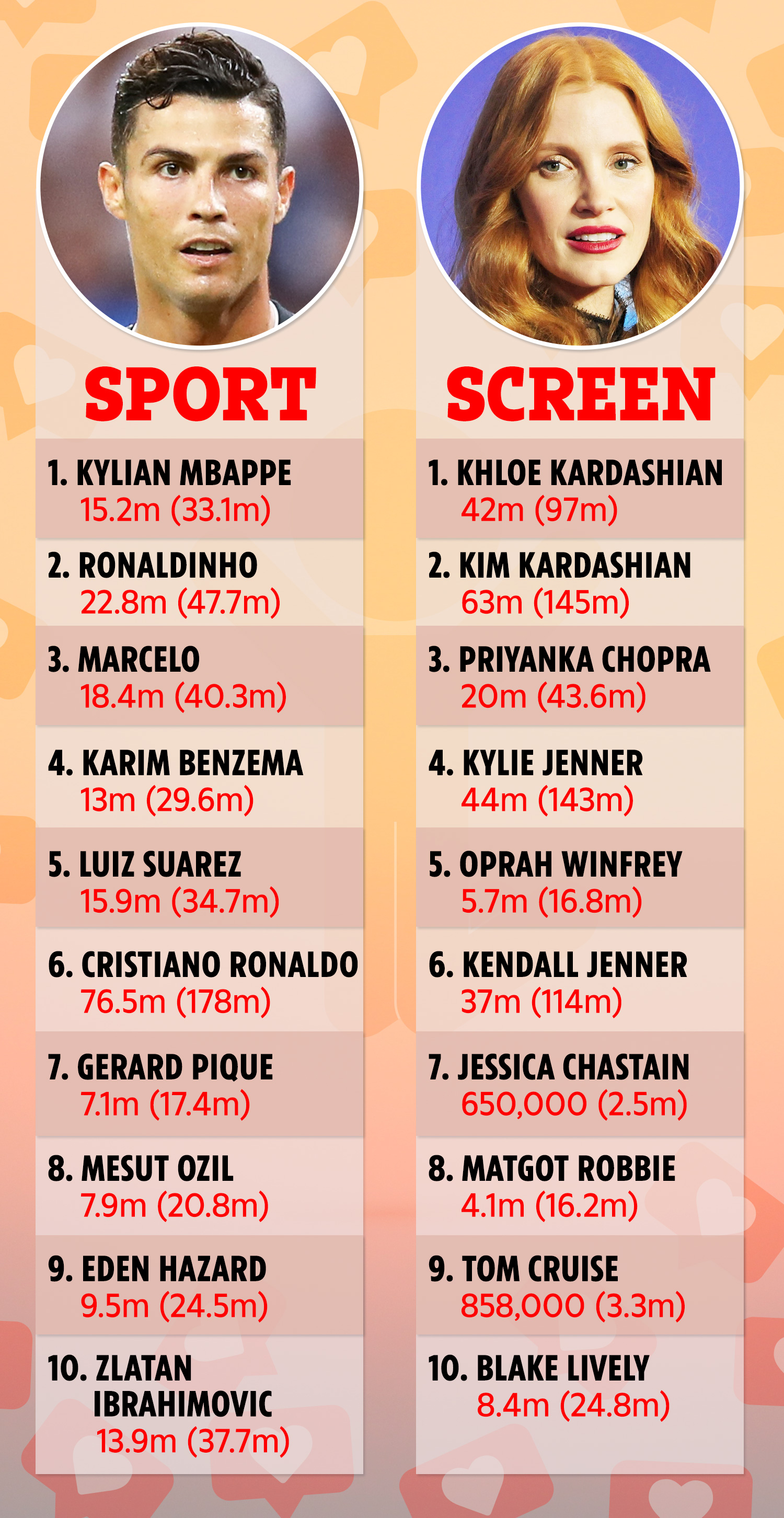 The sham is costing advertisers millions every year, as they splash out on stars to flog their products to their followers – some of whom don’t even exist.

Ellie Henman has put celebs in order of who has the highest percentage of questionable followers – showing the number of “fake” accounts in red – with the total number of followers in brackets. 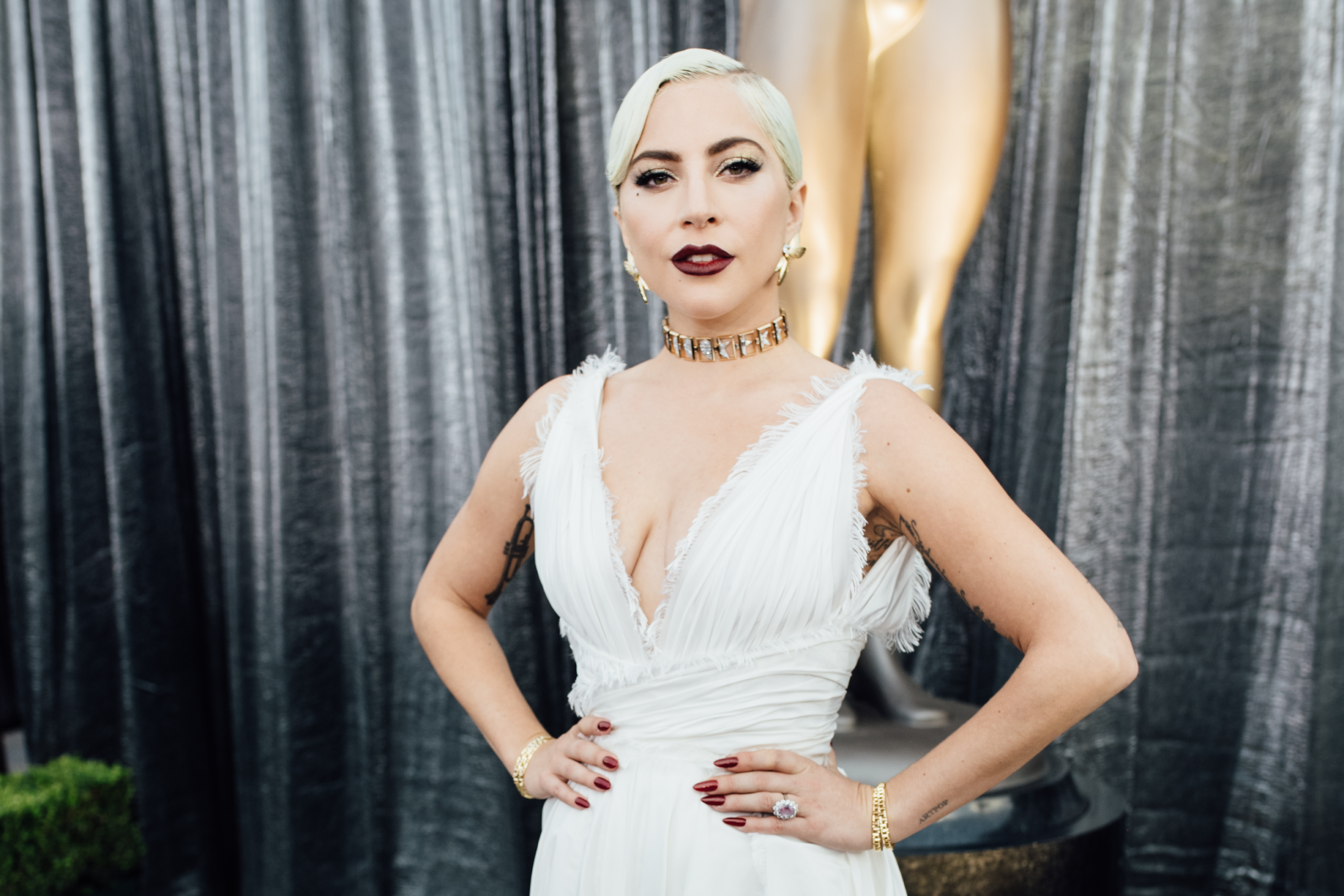