ITV crime drama Midsomer Murders shows no signs of slowing down since it launched way back when in 1997. The show has broadcast a new series each year since it premiered. Given the show has been running for so long, fans want to know how many instalments of the show there have been to date.

How many episodes of Midsomer Murders are there?

So far, there is a total of 126 episodes of Midsomer Murders with many more on the way.

The show has seen varying season lengths with some only consisting of four instalments while others have been double this at eight episodes.

All episodes of Midsomer Murders are available to watch on the streaming platform BritBox.

Given the enduring popularity of Midsomer Murders, there are likely to be many more episodes and indeed series of the drama going forward. 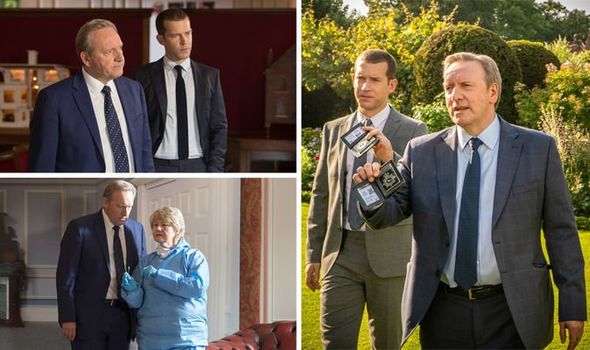 Episode one of Midsomer Murders aired back in March 1997 and was called The Killings at Badger’s Drift.

The pilot was based on the 1987 mystery novel of the same name written by author Caroline Graham with an elderly detective trying to crack a series of slayings in a sleepy English village.

British author Anthony Horowitz adapted the book for television and it proved to be so successful with viewers, marking the birth of Midsomer Murders.

Horowitz went on to write several more episodes before others came on board to work on the ITV series.

Sadly, Horrowitz seemed to confirm his time on Midsomer was over after he was asked about it on Twitter by a fan in 2016.

He responded to the post, saying: “Thanks. But no – as much as I enjoyed it, Midsomer is behind me!”

Since launching Midsomer Murders, the show has gone on to become a national institution with many well-known actors appear on the series early on before going on to find success.

Actor John Nettles was the main detective on Midsomer Murders between 1997 and 2011, portraying DCI Tom Barnaby.

He was replaced by Neil Dudgeon, who played his cousin and detective DCI John Barnaby.

Dudgeon has now been in the role for 10 years and looks likely to be staying with the show for the foreseeable future.

ITV confirmed in 2020 filming had commenced on season 22 of Midsomer Murders with the series expected to be returning soon but the broadcaster has yet to confirm a date.

Dudgeon said about returning to filming: “Everyone is excited to get back to work.

“Sadly there won’t be as much hugging and kissing on set as usual but we’ve all got to make sacrifices!

“It’s bound to be a bit strange at first with all the safety protocols but hopefully we can all keep each other safe and shoot another great series.”

Fans can expect another spate of perplexing murders rocking the quiet village life of middle England.