Ariana Biermann might not have the name recognition that her mother Kim Zolciak has or make as many headlines as her older sister Brielle Biermann does, but that doesn’t mean she’s not successful in her own right. At just 19, she’s had a longer reality television career than many people, seeing how she made her debut back in 2008 on the “Real Housewives of Atlanta” when she was just 7-years-old.

Seeing how Ariana has been in the spotlight for most of her life, it shouldn’t come as a surprise that she has huge plans for the future. Ariana is continuing her education, even though her plans were slightly sidelined last year. She told Page Six in 2020, “I am right now taking online classes at Georgia State because it was canceled in person here.” She continued, “So I’m doing online right now and then my plan for the next couple of years is either to transfer to UCLA and move to L.A. or go to SCAD in Atlanta and study fashion.”

Although Ariana is still figuring things out, she has already With that said, so how much is a person like Ariana Biermann worth? Read on below to find out.

Ariana Biermann has aspirations outside of reality TV 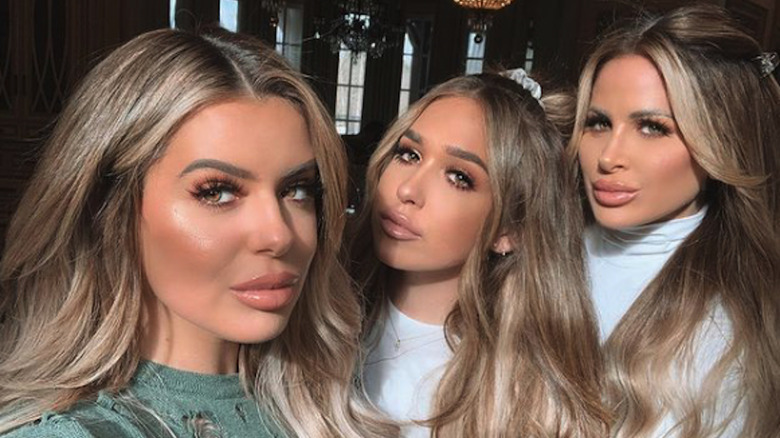 Now that Bravo has canceled “Don’t Be Tardy” after eight seasons, Ariana Biermann is focusing on her own plans that she currently has in the pipeline. Not only does she want to be the hottest name in the fashion world, but she also wants to try her hand in acting. She told Hollywood Life in October 2020, “I want to start doing stuff with fashion, and designing clothes that people can feel so beautiful in. I also want to be an actress — doing movies. I love that realm of things.”

Although Ariana Biermann might not have the same clout that the Kardashians have, she’s certainly not far behind them with her own cosmetics line. Yep, your read that right — Ariana (along with Kim and Brielle Biermann) have a makeup line called KAB Cosmetics. Ariana revealed in June that the brand got picked up by Walmart. “We are so grateful that we finally get to share this huge milestone with our amazing #kabcosmetics family!” she gushed on Instagram. And because you can’t be a celebrity these days without adding “influencer” to your many job titles, Biermann also shills products like FabFitFun boxes on her IG page.

So, how much has Ariana’s ambitions awarded her so far? According to Celebrity Net Worth, the reality star is worth $300,000, which is not bad for a reality television star her age. And who knows, maybe when Ariana heads to L.A. to follow her dreams, she’ll double that amount in no time.

Tags: Ariana, Biermann, How, is, Much, Wo
Recent Posts