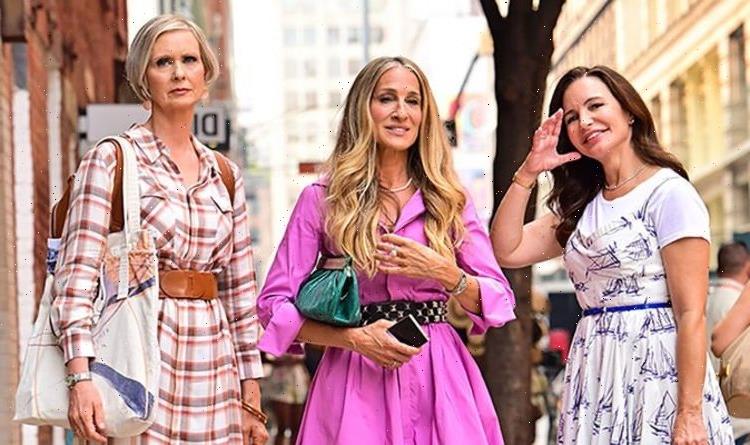 You thought it was a trifle OTT when Succession came back and, for weeks, you couldn’t turn on the radio without Brian Cox growling on about how brilliant he was? Again, this is nothing compared with the hysteria attending the Sex and the city reboot titled And Just Like That on Sky comedy and HBO Max.

Between now and December (when it begins) the airways will be alive with the sound of chirpy young women commentators who were in nursery school when Sex And The City was first broadcast in 1998.

They’ll be telling us that Sex And The City was both ground-breaking but also sadly problematic in the #Metoo era.

One stern young cultural commissar, who has already committed to print, was so perplexed as to how she should respond to the sequel that she returned to the original: “I sat down and rewatched all 94 episodes to see how the show fares”. all 94…

Which is either dedication to duty or the admission of someone who is hopelessly hooked.

That was always the trouble with Sex And The City. It was so addictive it made crack cocaine seem as more-ish as a mouthful of rancid castor oil.

The first few bars of that jaunty theme tune and you drool with pleasurable anticipation.

It ruined my life of course, as it ruined the lives of so many other women journalists.

We can and should blame Candace Bushnell, who worked on the New York Observer and wrote a column for the paper between 1994 and 1996 called Sex And The City.

In her guise as a “sexual anthropologist” she wrote about her dating woes and those of her friends.

That was the basis for the series which ran until 2004 and made stars out of Sarah Jessica Parker as heroine/narrator Carrie Bradshaw, Kristin Davis (as upper East Side princess Charlotte York), Cynthia Nixon (as lawyer Miranda hobbes) and Kim cattrall (as the insatiable libertine Samantha Jones).

When I say it ruined my life, I mean it condemned me to discontent and longing.

I was fairly happy with my humdrum lot before Sex And The City came along. But then I “began to wonder” (as Carrie Bradshaw herself would say) how she could maintain that fabulous lifestyle on the basis of one ditsy article a week and get her picture on the side of buses.

So unfair. This was a woman who could always make time for a glamorous lunch with her coven when I (along with all the journalists I knew) ate a Greggs cheese roll al desko.

How could she drink so many cocktails without falling over?

How could she run around in four-inch heeled Manolos without feeling pain and why did she never need a cardie? I know New York and it can turn chilly.

My idea of accessorising is a small pair of earrings. Hers was a rattling cutlery drawer of statement necklaces, an exotic corsage, a belt of aneurysm-inducing tightness and a hat with six feathers and a cactus. How did she ever leave the house?

The sensible part of my brain does understand that Sex and the city was an aspirational fantasy.

For instance, although it ran between 1998 and 2004 there was never any mention of 9/11 (in 2001). But the idiotic, base and envious part of my brain wanted to be more Carrie. “I couldn’t help but wonder…”, she would prattle in that dreamy way, maintaining the fiction that she was working on her column.

She “wondered” why younger men were attracted to older women, if it was possible to believe in love at first sight, if you could be friends with an ex, if even the hottest relationship can grow cold.

She made all her wonderings sound terribly wise when in fact they were unfailingly banal.

The theme of female friendship was what gave Sex And The City kerb appeal.

Samantha’s salty one-liners about unmentionable sexual practices and the business-like attitude to casual flings strike young women today as ahead of their time and rather shocking.

But Sex And The City was the first time such a thing had been on mainstream television.

Talking in a frank, filthy and brittle manner with your girlfriends is after all a consolation in the face of being dumped.

Sex And The City got the camaraderie right.

That’s why young women in their 20s (like my daughter) still enjoy rewatching old episodes. Maybe all 94 of them.

When the awful Sex And The City films came out (in 2008 and 2010) I went along with a load of other old girls, like some hideous hen party, quaffing cocktails in advance and making jokes about Fendi baguette bags.

By then I felt a kind of loathing for it all. The wheels had come off the global economy and suddenly all that conspicuous consumption looked old-fashioned and slightly unpleasant. And the scripts were dire.

But it’s true that just when you thought the series was irredeemably stupid there’d be a line which worked.

As when Carrie says (re. the bounder boyfriend Big): “Was I addicted to pain, the addictive pain of wanting someone so unobtainable?” And your eyes watered a bit.

The feeding frenzy greeting And Just Like That is tempered by the new puritanism.

Vanity Fair explained that while the original series had offered a “story about proudly imperfect women” (it did) “it also used it as a cheap excuse to centre a very specific viewpoint: straight white affluence as written by straight white women and gay white men”.

At the time of the 20th anniversary of the show in 2018 there were many reproving pieces about Sex And The City’s lack of diversity (practically everyone is white and middle class), the altogether regrettable nature of such frivolity in the stern #MeToo era, the smoking, the drinking, the general lack of anxiety.

Instead of alerting the authorities or reporting a misogynistic hate crime when they had a bad sexual experience the Sex And The City women would laugh it off.

They were all unashamed libertines: “When did everybody stop smoking?” complained Charlotte, “when did everyone pair off? I’m so bored I could die”.

But they didn’t die. They’re back. Still sashaying down the sidewalk. Apart from Samantha which may be a big loss.

Whereas 9/11 never got a look in, the new series will mention the pandemic.

Will Carrie be “wondering” about climate change in her podcast?

There are parts for black women and no more mentions of “ghetto gold” which is another way of saying bling that now carries unacceptable racial overtones.

The characters are older (in their 50s now) and possibly no wiser. I hope they still like sex as much. Obviously I have not the slightest intention of watching it. Because if I do, you see, I may find I can’t stop. 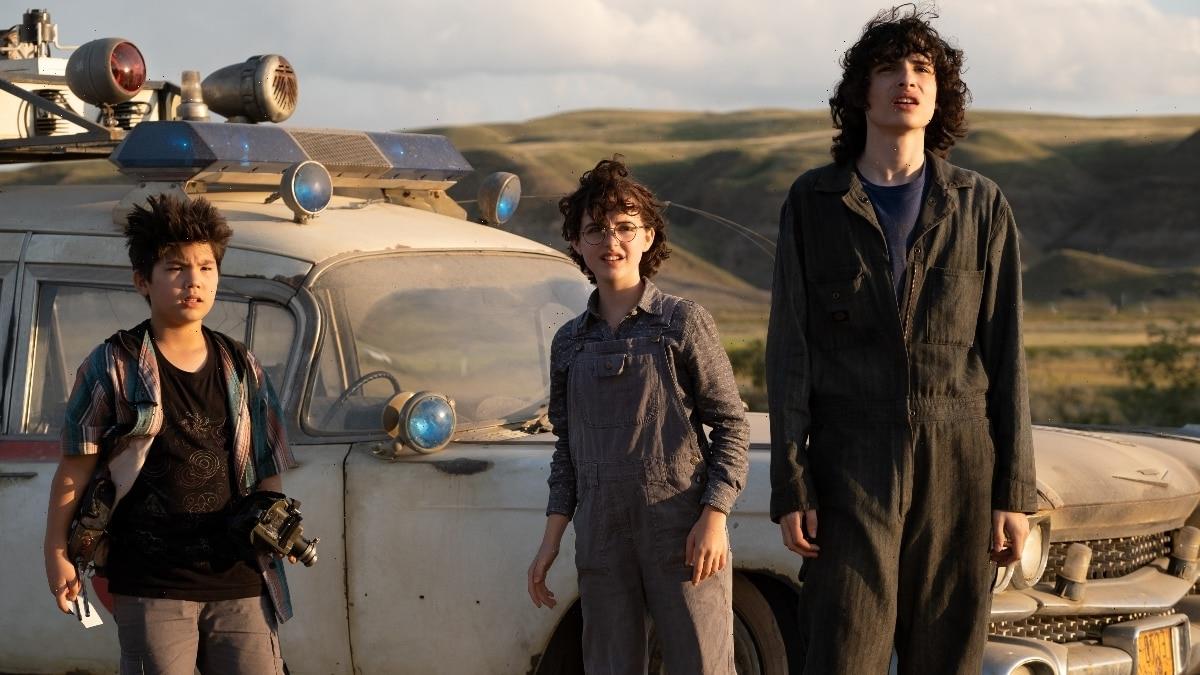 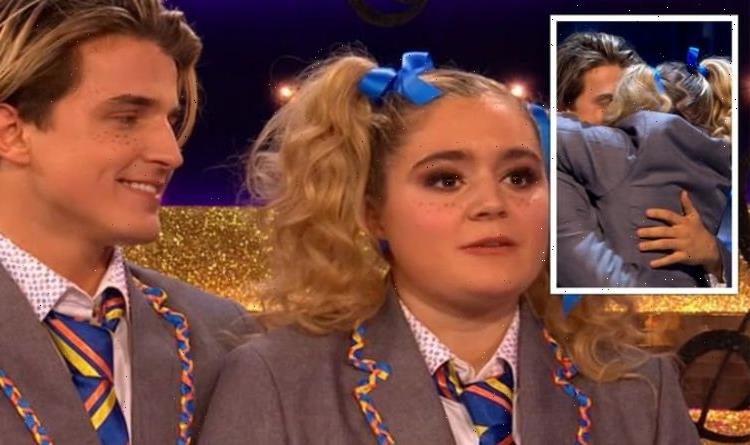