“Wonder Woman 1984” had to skip theaters, so consumers are bringing theaters home with them

The COVID-19 pandemic forced “Wonder Woman 1984” to bypass theaters for a Christmas Day streaming release in viewers’ homes, but an increasing number of consumers are trying to bring that theater experience into their living rooms.

The pandemic has forced theaters to close and studios to choose either to push their films until next year or reroute them toward streaming. While that has led to an increase in those paying for streaming services — Disney+ rocketed past 86 million subscribers in its first year largely thanks to stay-at-home orders that has kept everyone in front of their TVs far more than usual — they’re also seeking out ways to improve their man (and woman) caves.

Computer and consumer electronics ecommerce sales in the U.S. are expected to hit $156.5 billion this year, an increase of 18% from last year and account for the largest share of all online retail (22%), according to eMarketer.

A November Dolby survey found that consumers have increased spending on both the quality of their streaming subscriptions (Netflix’s most expensive option allows for streaming in 4K resolution) and the quality of their devices: 64% of respondents stated they had upgraded at least one streaming service to a premium subscription within the past six months, while 82% plan to purchase a new device to upgrade their entertainment viewing experience in the next six months. Of those, 64% plan to buy something specifically for their living room.

In fact, there was a strong correlation between improving or adding more streaming options and spending more on quality: 81% of those who have paid to upgrade their streaming services said they also plan to improve their living room entertainment experience.

John Couling, senior vice president of commercial partnerships for Dolby, attributes the increase in spending not only to theater-starved consumers wanting to re-create that experience at home, but the financial entry point becoming more accessible. It used to be that souping up the living room was a way to show off one’s wealth.

“The consumer electronics companies, they’re working to make high performance more accessible and affordable. That’s definitely one trend,” Couling said. “So you can access displays or sound bars for below $300 from big manufacturers.” That also drives companies like Dolby and Sonos to put even more investment on the technology side.

This Friday’s streaming debut of Warner Bros.’ “Wonder Woman 1984” on HBO Max forced the streaming service to ramp-up its timeline to implement 4K ability for its consumers. The film will also be the first HBO Max title to have Dolby Vision and Dolby Atmos capabilities. 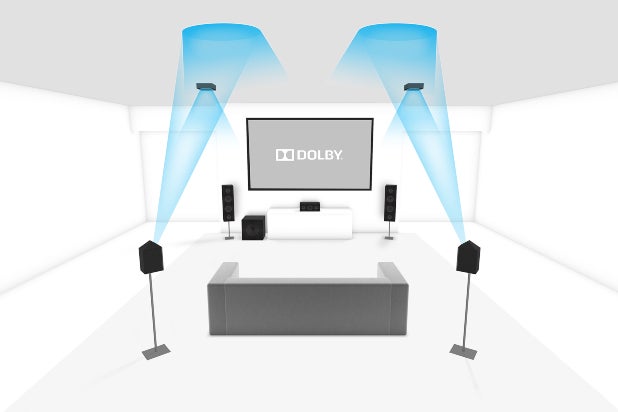 “It’s not just about how do we keep things more accessible or affordable? It’s also how do we keep driving the overall performance,” Couling continued. “We’ve expanded Dolby Vision with Dolby Vision IQ that makes things react to your the light in your room and a picture.”

Sonos, which found a way to skirt around the shut down of brick-and-morter retailers by selling directly to consumers, said it outperformed its expectations this year (particularly in its most recent quarter) and successfully launched three new products. Revenue grew nearly 6% to $1.3 billion for the fiscal year ending Sept. 30, and Sonos expects revenue to increase by as much as 15% this coming year to $1.5 billion.

Demand for Sonos products has gotten to the point where it’s outpacing supply — and the company won’t be fully stocked until the second quarter of 2021. “We continue to see demand outperform our expectations, which continues to put pressure on our supply chain even as we increased our capacity,” Sonos’ CFO Brittany Bagley said last month following the electronics company’s most recent quarterly earnings report.

That demand should only continue as the exhibition industry faces another daunting year, as the push-pull between theaters and streaming continues. Warner Bros., in attempt to rid itself of uncertainty and constantly shifting theatrical release dates, made the landmark decision to put all 17 of its 2021 films on HBO Max the same day they release in cinemas. That means that, even if few theaters are open, movies like “Dune,” “Space Jam” and Godzilla vs. Kong” will debut at home.

Depending on the state of the pandemic, and the dissemination of coronavirus vaccines, many of those films could be viewed primarily on streaming — something that has become an extremely contentious point among filmmakers. “We looked at the projections, and we looked at this option, and we thought it is better for theaters, it’s better for viewers — because they have options. It is better than leaving content on the shelf,” HBO Max boss Andy Forssell told TheWrap earlier this month about the decision.

But even after the pandemic recedes, consumers will get used to a whole new level of home entertainment, and that means they’ll expect more. It happened when high-definition TVs became ubiquitous. That physically changed how TV shows were made — the aspect ratio for widescreen TVs added more screen space — and allowed TV to mimic the cinematic quality of big-screen films.

“Consumers get used to great quality and start to expect it everywhere,” Couling says. “If you’ve upgraded one of your TVs you now can see what that’s going to be. If you’ve added a sound bar, you now understand what that sounds like. And I think that causes people to push for that experience in more and more places.”

Tags: a, Has, How, Led, Pandemic, THE, to
Recent Posts
We and our partners use cookies on this site to improve our service, perform analytics, personalize advertising, measure advertising performance, and remember website preferences.Ok