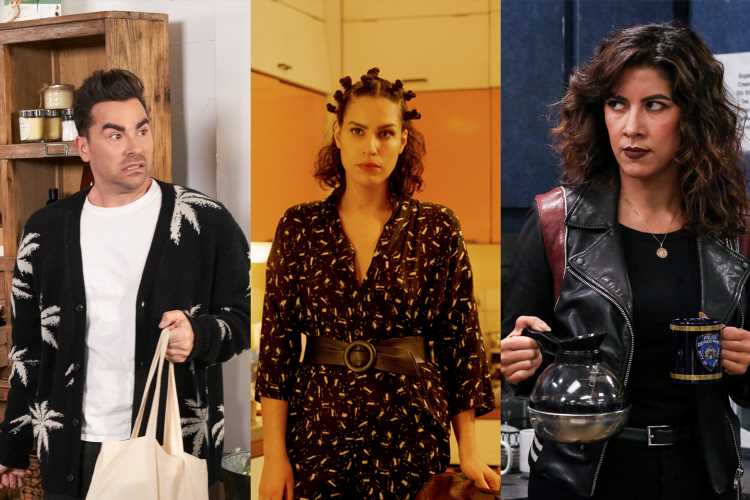 “Mom. Dad. I know you don’t want to talk about this, but I do. I might get married to a man, like you so clearly want. And I might not. Because this is not a phase, and I need you to understand that. I’m bisexual.” That’s Rosa Diaz (Stephanie Beatriz), Brooklyn Nine-Nine’s resident no-nonsense detective, pouring out her heart to her parents in the show’s landmark 100th episode. To which her dad (Danny Trejo) stoically replies, “There’s no such thing as being bisexual.”

Beatriz, who is bisexual herself, wrote in GQ: “When does it end? When do you get to stop telling people you’re bi? When do people start to grasp that this is your truth? …When do you start seeing yourself reflected positively in all (hey, even any?) of the media you consume?”

There’s a real cognitive dissonance to identity erasure. You can be standing right in front of someone telling them exactly who you are, and they can just look right through you, and intone, like a Westworld robot, “That doesn’t look like anything to me.” Nevertheless, it’s a daily reality for LGBTQ folks, and bi- and pansexual people in particular. (Pansexuality, a term that’s come into wider use in the last few years, intends to go beyond bisexuality’s definition by encompassing not just attraction to cisgender men and women but to all genders on the spectrum. Or, as self-identified pansexual Janelle Monae put it in Rolling Stone last year: “I consider myself to be a free-ass motherfucker.”) Until recently, sexual and gender identities that existed outside the binary have been anathema to mainstream culture — and often, even, to more traditionalist branches of gay culture.

For a long time, people who identify as bisexual or pansexual didn’t have a whole lot of visible role models — particularly on television. But as our understanding of the LGBTQ spectrum has become more diverse and nuanced over time, there’s been a blossoming of bi- and pansexual representation. In the past few years, characters such as Rosa on Brooklyn Nine-Nine, David Rose on Schitt’s Creek, Darryl Whitefeather on Crazy Ex-Girlfriend, and Leila on The Bisexual — to name just a few — have been at the forefront of a bi- and pansexual renaissance on the small screen.

But it wasn’t always this way. Even after television began to centralize gay characters and their experiences — on shows like Ellen, Will & Grace, Queer as Folk, and The L Word — the “B” in that alphabet soup fell to the wayside. Bisexuality was seldom mentioned at all, and if it was, it existed chiefly as a punch line — an easy ba-dum-CHING moment for savvy characters to nose out someone who wasn’t as in the know as they were. On Sex and the City, Carrie Bradshaw called bisexuality “a layover on the way to Gaytown”; and on 30 Rock, Liz Lemon dismissed it as “something they invented in the Nineties to sell hair products.”

Even some of the earliest shows to break ground for queer representation didn’t factor bisexuality or pansexuality into their worldviews. The designation basically didn’t exist in the gay-straight binary world of Queer as Folk, and was largely seen as a phase on The L Word. Buffy the Vampire Slayer gave many TV viewers their first-ever depiction of a same-sex relationship in 1999 with the Wicca-fueled romance between Willow Rosenberg (Alyson Hannigan) and Tara Maclay (Amber Benson), but the show too neatly glossed over Willow’s years-long relationship with her boyfriend Oz (Seth Green) as a fleeting step on the way to full-time lesbianism. Or, as Willow succinctly put it in Season 5: “Hello! Gay now!”

Characters who labeled themselves as bisexual were considered to be confused at best and dangerously promiscuous at worst. On The O.C. in 2004, Olivia Wilde’s bi bartender character, Alex Kelly, appeared as a destabilizing force of chaos in the lives of the show’s otherwise straight characters. On a 2011 episode of Glee — a show which, at the time, was breaking ground for gay representation on TV — Kurt Hummel (Chris Colfer) savagely shot down his crush, Blaine (Darren Criss), when Blaine mentioned that he might be bi: “‘Bisexual’ is a term that gay guys in high school use when they want to hold hands with girls and feel like a normal person for a change.” By the end of the episode, Blaine assures Kurt that he is, don’t you worry, “100 percent gay.”

One of TV’s first enduring portrayals of nonbinary sexual attraction came with the entrance of Captain Jack Harkness (John Barrowman) into Russell T. Davies’ 2005 Doctor Who reboot. (Davies also created the original U.K. Queer as Folk.) The time traveler swashbuckled into the series to equal-opportunity flirt with the Doctor (Christopher Eccleston) and his companion Rose (Billie Piper), because, as the Doctor explains, “He’s a 51st-century guy. He’s just a bit more flexible.” Captain Jack went on to feature in his own spinoff series, Torchwood.

Then came Callie Torres on Grey’s Anatomy. Portrayed by Sara Ramirez (who came out as bisexual herself in 2016), Callie had a seasons-long arc that spanned from her burgeoning realization of her bisexuality in 2008 to her complex relationships with both men and women over the years. Callie’s drunken rant from the 11th season would make a great T-shirt to wear to Pride if it weren’t quite so long: “So I’m bisexual! So what? It’s a thing, and it’s real. I mean, it’s called LGBTQ for a reason. There’s a B in there, and it doesn’t mean ‘badass.’ OK, it kind of does. But it also means bi!”

Once the 2010s rolled around, representation began to pick up steam. True Blood’s Tara Thornton (Rutina Wesley), The Legend of Korra’s titular hero (Janet Varney), Game of Thrones’ Oberyn Martell (Pedro Pascal), The Good Wife’s Kalinda Sharma (Archie Panjabi), and Peep Show’s Jeremy Usborne (Robert Webb) all were portrayed in romantic relationships on both sides of the binary. But these characters’ sexual orientations were seldom given a name.

In some cases, this felt quietly revolutionary. On post-apocalyptic CW drama The 100, for example, set a century and change in the future, protagonist Clarke Griffin (Eliza Taylor) is romantically involved with both men and women with no mention of labels. Because on the show’s nuclear fallout-ravaged earth, humankind has presumably gotten over that particular prejudice. On other series, however, not putting a name to the thing seems like a calculated choice. Take Orange Is the New Black, a show that has broken a lot of barriers but steadfastly avoids using the B-word to describe its clearly bisexual central character, Piper Chapman (Taylor Schilling).

A few years ago, though, tectonic plates began to shift. On Pop TV sitcom Schitt’s Creek, David Rose (co-creator Dan Levy) explained his pansexuality to his friend via a now-famous metaphor: “I do drink red wine. But I also drink white wine. And I’ve been known to sample the occasional rosé. And a couple summers back, I tried a merlot that used to be a chardonnay.”

Bisexuality got its literal anthem on the CW’s Crazy Ex-Girlfriend with “Gettin’ Bi,” a jubilant Huey Lewis & the News-style number sung by Darryl Whitefeather (Pete Gardner) about waking up to his latent bisexuality as a middle-aged man. “It’s not a phase, I’m not confused / Not indecisive, I don’t have the gotta-choose blues,” he croons, dancing in front of the bi pride flag. Darryl’s exuberant ode to his identity felt like someone levering a window open in a musty room — a celebration of something that, less than a decade before, TV was loathe to acknowledge.

For Hulu and the U.K.’s Channel 4, Desiree Akhavan (Appropriate Behavior, The Miseducation of Cameron Post) cowrote, directed, and starred in a series picking apart the subject, titled, aptly, The Bisexual. In it, Akhavan portrays Leila, a thirtysomething woman coming to a dawning awareness of her bisexuality after having identified as a lesbian for most of her life. The show navigates the tricky territory that bisexuals inhabit when they’re misunderstood — or sometimes outright rejected — by queer and straight communities alike. Akhavan, a bisexual Iranian-American woman, has said the idea for the show came to her after repeatedly hearing herself described as a “bisexual director.” She told Vanity Fair that “there was something about being called a bisexual publicly — even though it’s 100 percent true! — that felt totally humiliating and in bad taste, and I wanted to understand why.”

As Leila shuttles her way between sexual partners and fields tone-deaf comments from friends on both sides of the binary, The Bisexual offers no easy answers. But it also never flinches. “I’m pretty sure bisexuality is a myth. That it was created by ad executives to sell flavored vodka,” Leila remarks in the first episode, unconsciously echoing 30 Rock’s throwaway joke from a decade ago. Except this time, the stakes — and the bi person in question — are real.

The next generation — younger millennials and Gen Z kids in particular — tends to view sexuality as a spectrum rather than the distance between two poles. Akhavan neatly encompasses this evolution in an exchange between Leila and her male roommate’s twentysomething girlfriend, Francisca (Michèlle Guillot), who questions why Leila is so terrified to tell anyone that she’s started sleeping with men as well as women. When Leila tells her it’s complicated because it’s “a gay thing,” Francisca responds, “So? I’m queer.” “Everyone under 25 thinks they’re queer,” says Leila. “And you think they’re wrong?” Francisca counters. Leila considers this for a moment before answering, “No.”

Representation matters, and here’s why: Seeing who you are reflected in the entertainment you take in gives you not just validation for your identity, but also a potential road map for how you might navigate the world. For many years, bi- and pansexuals existed in a liminal place where we were often dismissed outright by not just the straight community, but the queer community as well. Onscreen representation is not just a matter of showing us something we’ve never seen before, but of making the invisible visible, of drawing a new picture over what was once erased. 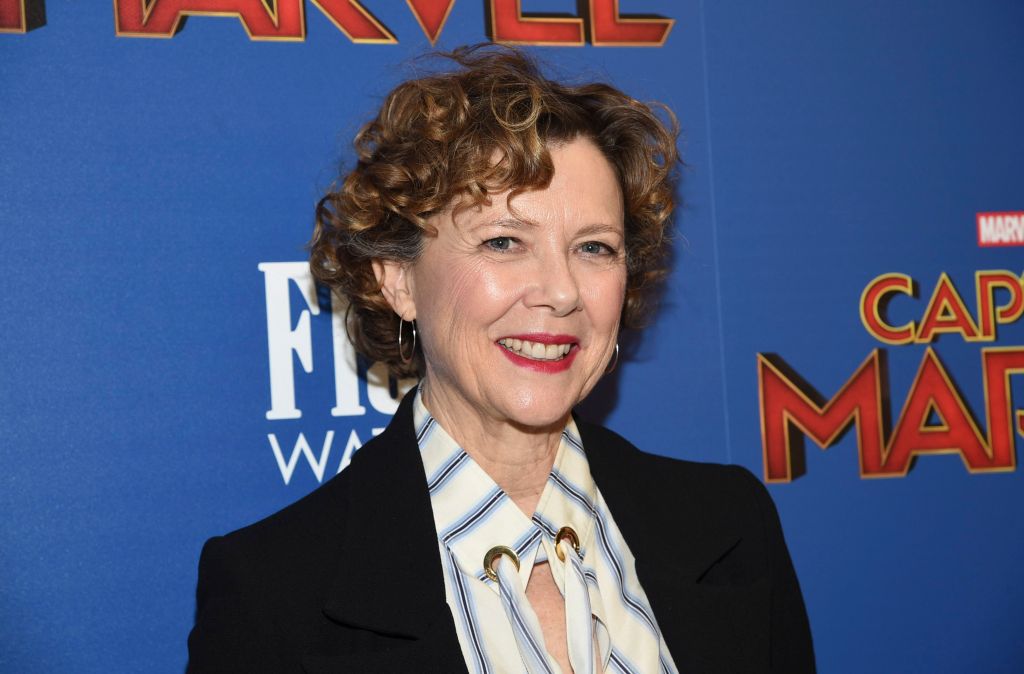