The iCarly stars are spilling the tea on the upcoming Paramont+ revival!

Nickelodeon and Awesomeness have started production on the 13-episode season, which picks up nearly 10 years after the original show ended. The revival finds Miranda Cosgrove’s Carly Shay, the original influencer, and her friends “navigating work, love and their family in their twenties.”

ET spoke with Cosgrove, Nathan Kress and Jerry Trainor, where they shared what their characters have been up to since saying goodbye in 2012. 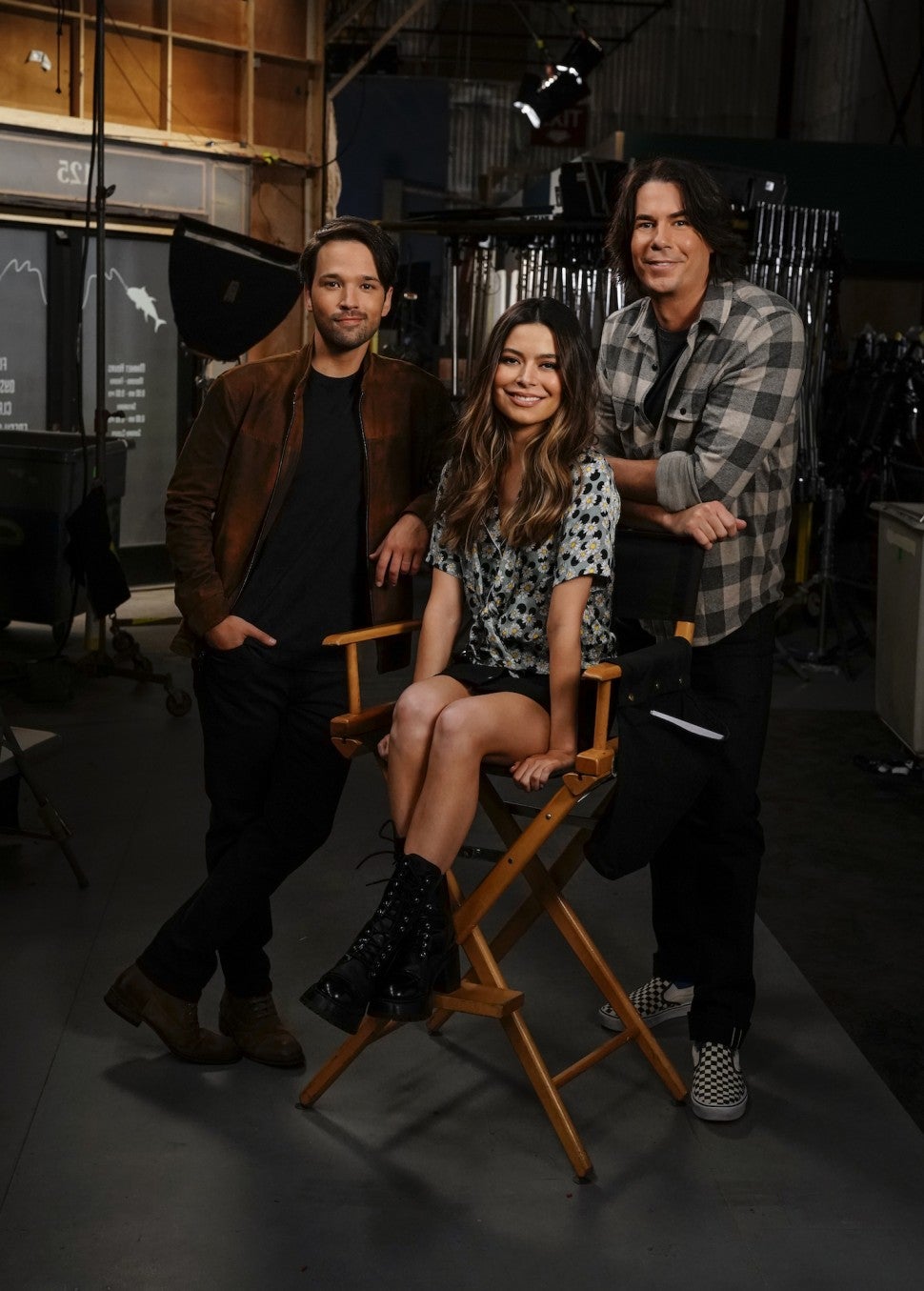 The three actors all agreed that they found it “easy” to pick up their characters after so many years. The trio is also adding some new faces to the gang. Laci Mosley stars as Carly’s new best friend and roommate, Harper, while Jaidyn Triplett will be playing Freddie’s snarky and social media-savvy stepdaughter.

“The cool part is what makes it different too is we have new characters that are coming,” Kress divulged. “It’s a lot of familiar faces, but there’s new people involved who are going to change up the story a ton and will make it very interesting and I think somewhat unexpected.”

“I have a kid [on the show] now, so that changes the dynamic a little bit,” he continued. “In real life too…Yeah in two weeks I’ll have two kids. So just kids everywhere.”

“I have no kids,” Trainor quipped, with Cosgrove adding, “Me either.”

When fans last saw Carly and Freddie, the two shared a goodbye kiss in the series finale. But what’s their relationship status in the revival?

“TBD! I don’t know,” teased Kress, adding, “I have no idea, and even if I did know, I wouldn’t tell you. We gotta keep things spicy for the folks at home. Right, Miranda?”

“Yeah, let’s keep things spicy,” the actress replied, with Trainor adding, “Too juicy to say! I feel like there are a lot of secrets.”

“I’ll say the scripts are really funny, but I don’t think anyone is expecting what we’re doing,” he continued. “I don’t think a revival has been done quite this way.”

Jennette McCurdy was also part of the original series as Carly’s other friend, Sam. McCurdy, though, is not expected to return for the revival, as she shared earlier this month that she’s quit acting and said that she’s “ashamed” of her career and past roles.