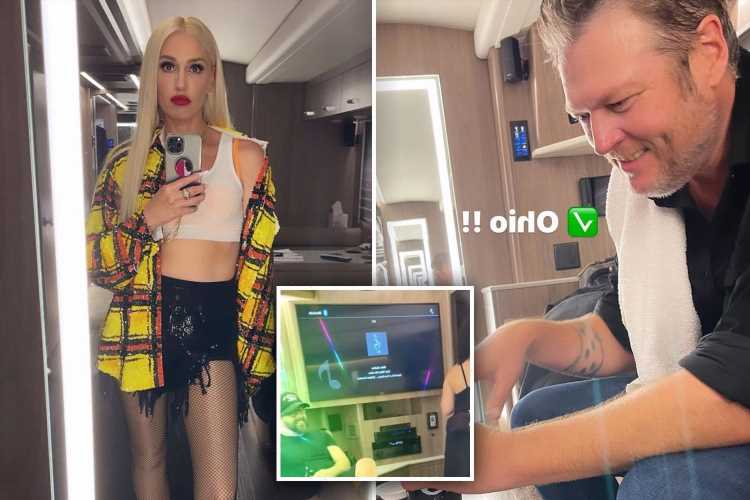 GWEN Stefani has been giving fans the inside scoop of her honeymoon tour with Blake Shelton.

The 51-year-old Sweet Escape singer took to her Instagram stories to most a multitude of pictures and videos, showing off her lavish tour bus. 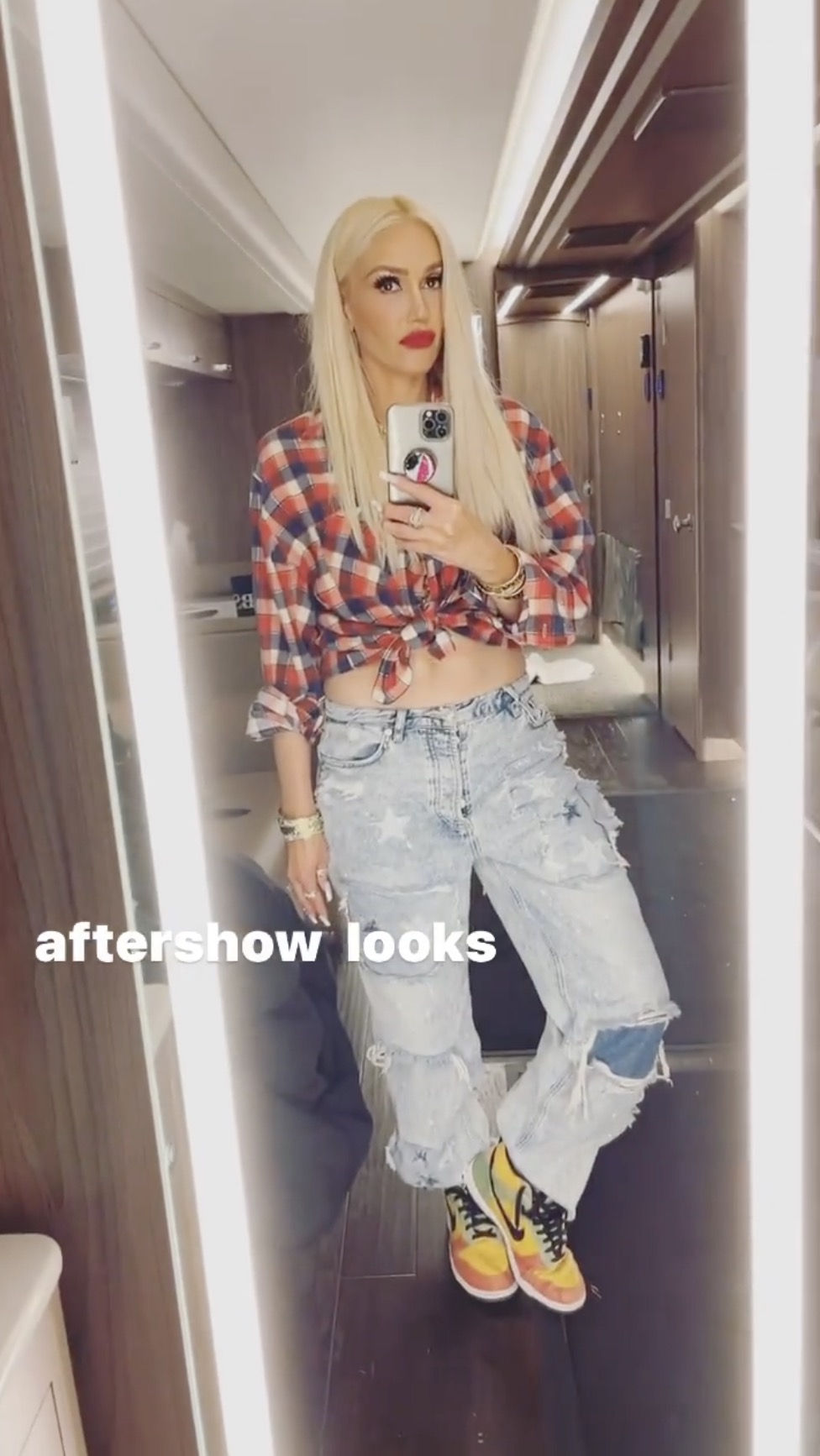 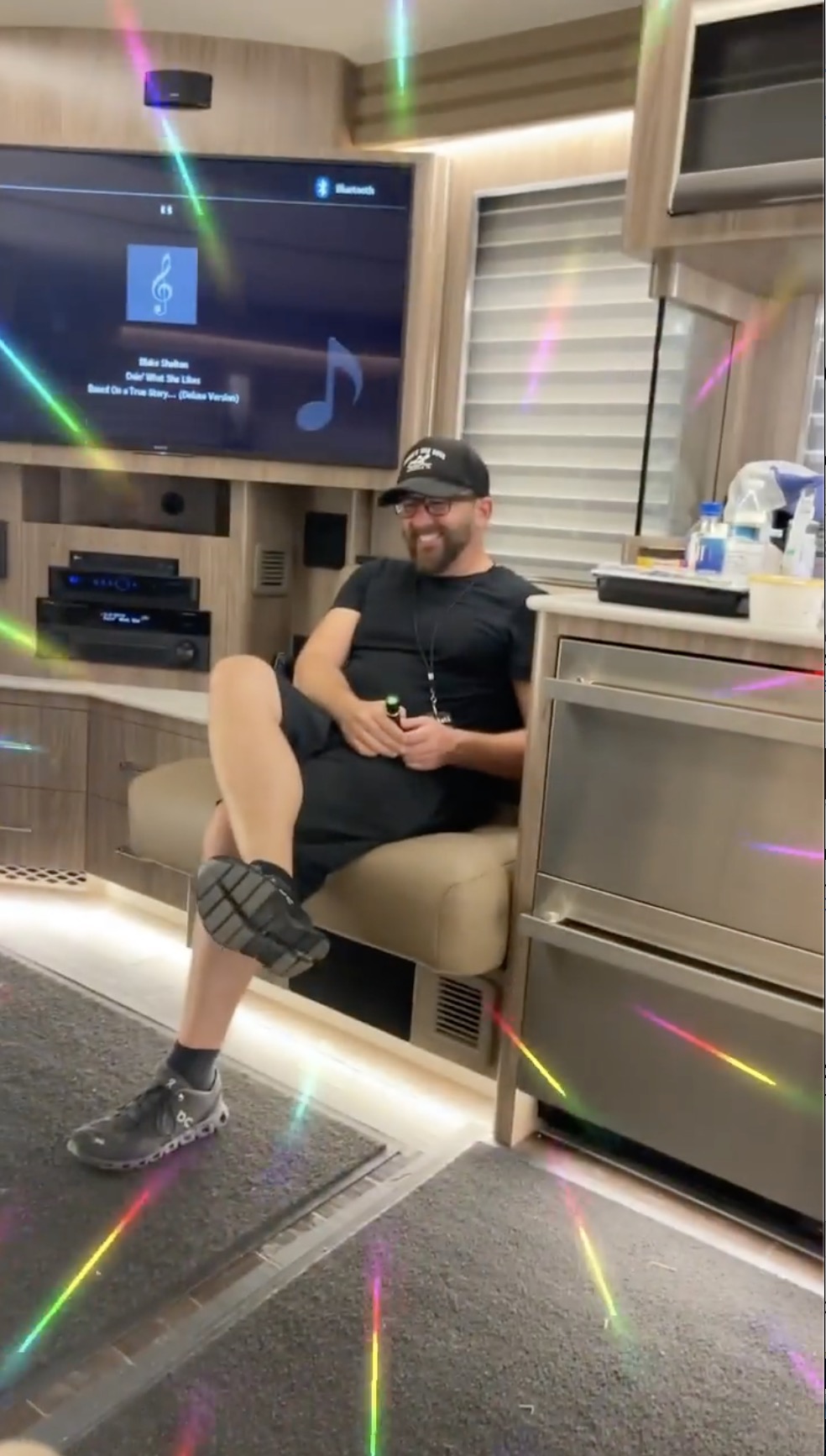 Gwen and Blake tied the knot on July 3, 2021, at Shelton’s ranch in Oklahoma, in a chapel that he reportedly had built on the property especially for his bride.

The pair decided upon an unconventional honeymoon, going on tour together to celebrate the wedding.

The Hollaback girl has been posting snaps and videos of the tour on Instagram, including a video of her husband's performing and a snap of their setlist. 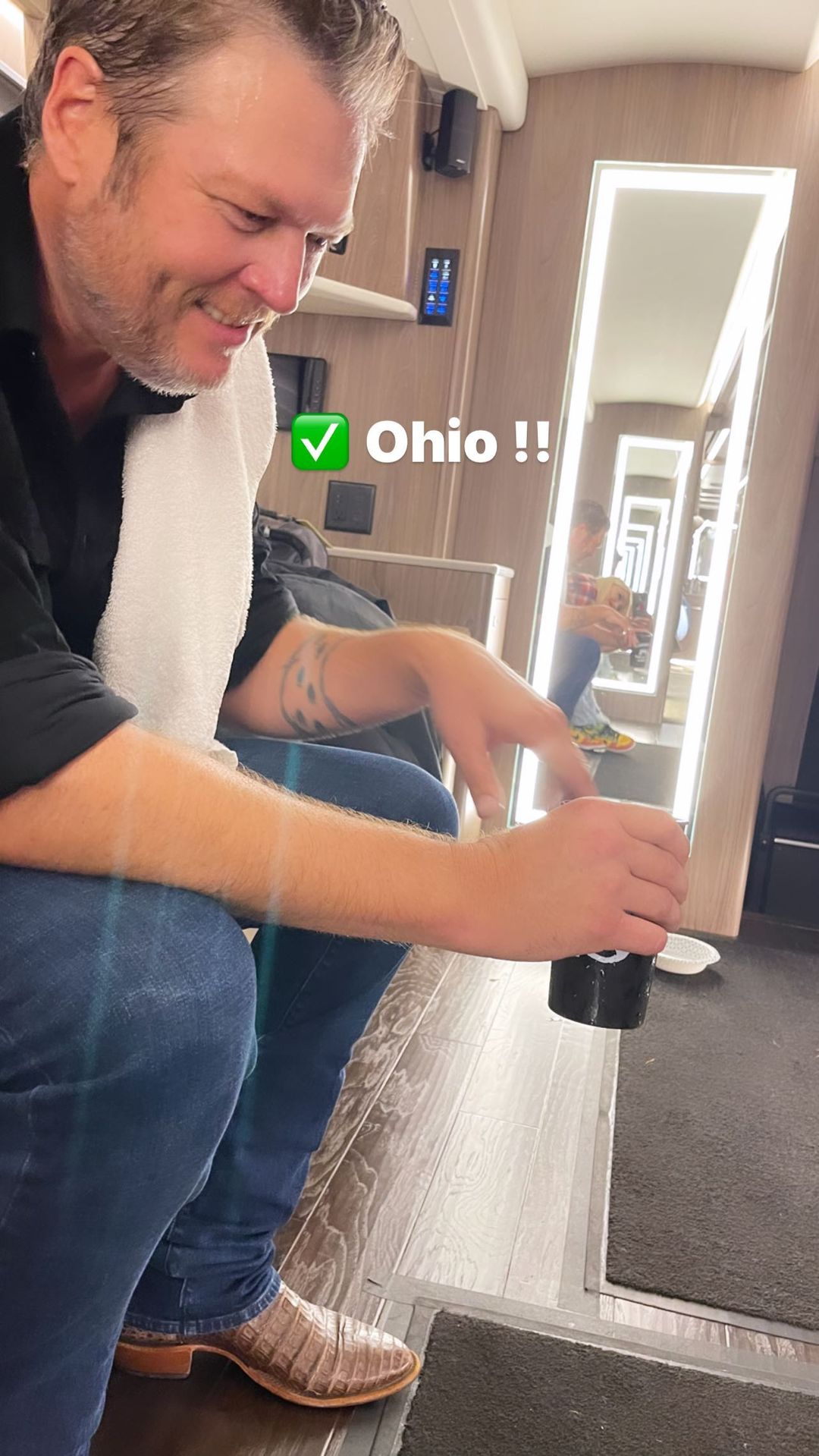 In a series of posts made earlier today, Stefani treated fans to backstage snaps and videos of their tour bus.

The singer shared selfies of her outfit, wearing a white tank top and frayed black denim shorts, paired with a yellow plaid shirt.

The star showed off her lavish kitchen, decked with neon lighting, as she walked through the bus.

Blake smiled for a few pictures today as she sat on a comfy cream-colored couch in the couple's tour bus.

She then showed off her built-in flat screen tv room in a video, as she commended her husband and her faithful pup. 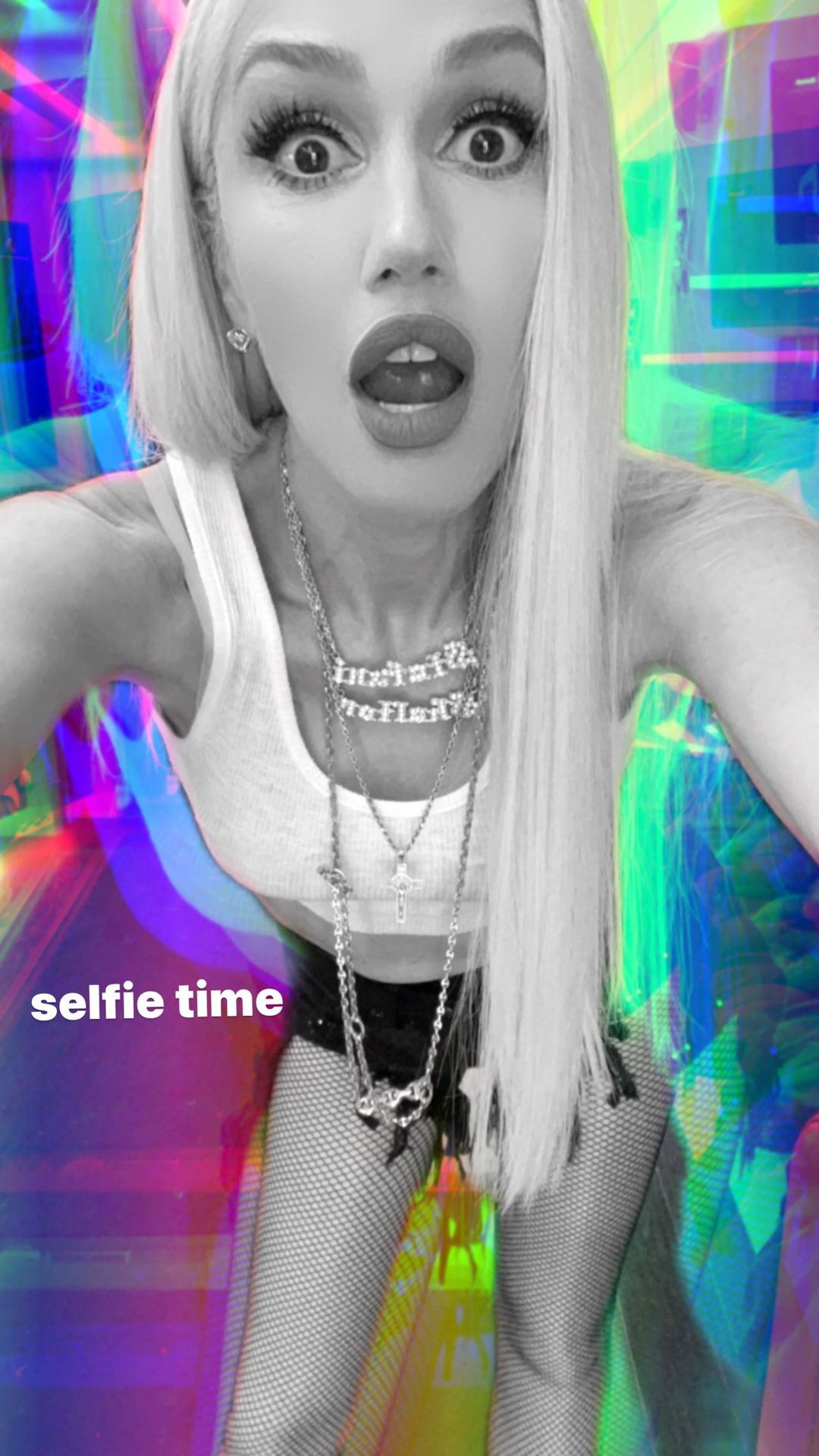 In another Instagram post, Stefani posted a series of pictures with the caption: "#honeymoon tour w my @blakeshelton #ohio #happyanywhere #nobodybutyou gx,".

She also shared a photo of the concert's setlist, which included her two duets with Shelton, "Nobody But You" and "Happy Anywhere."

The pair, who are both judges on the Voice, share their home with Gwen's three children Kingston, Zuma and Apollo. 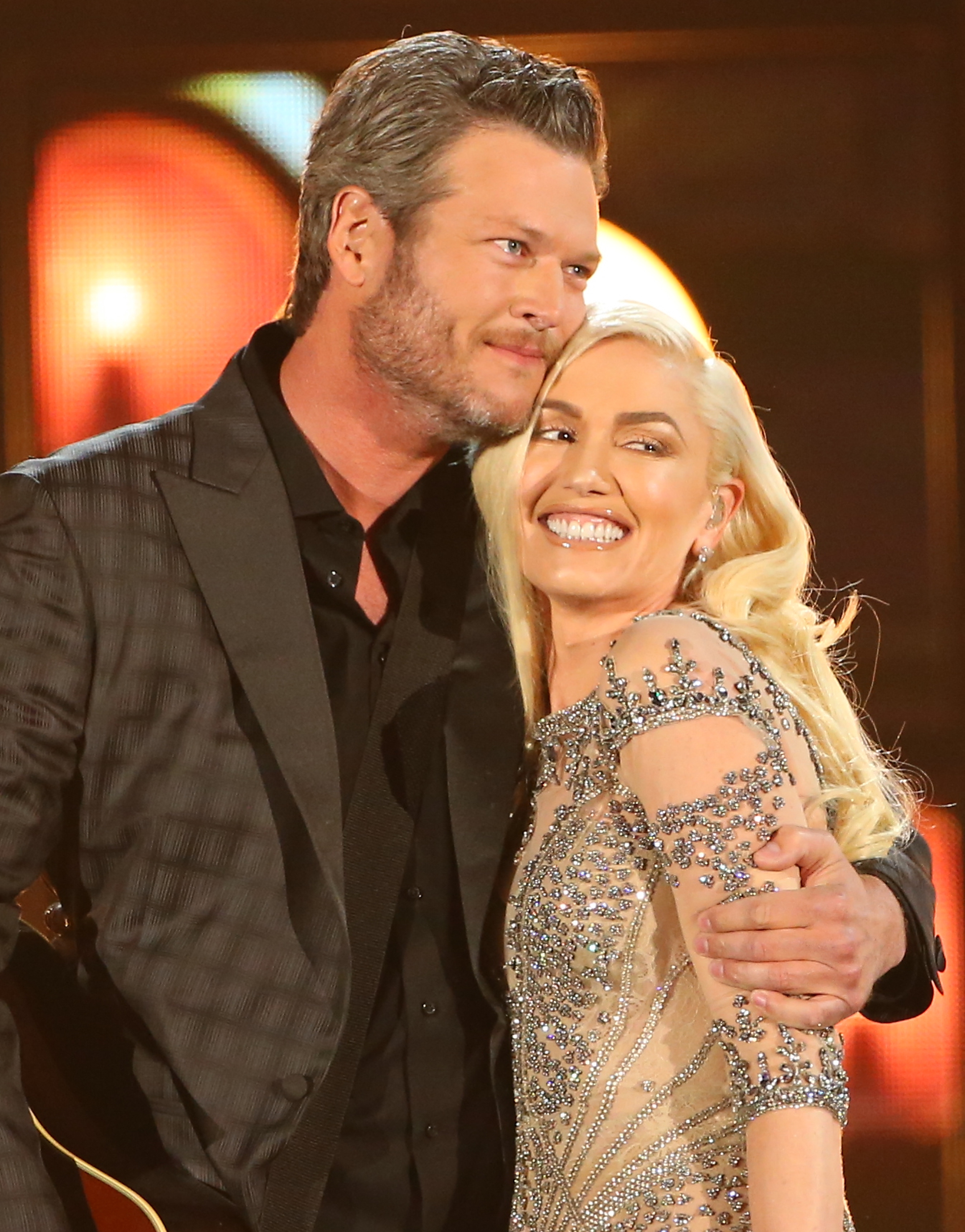 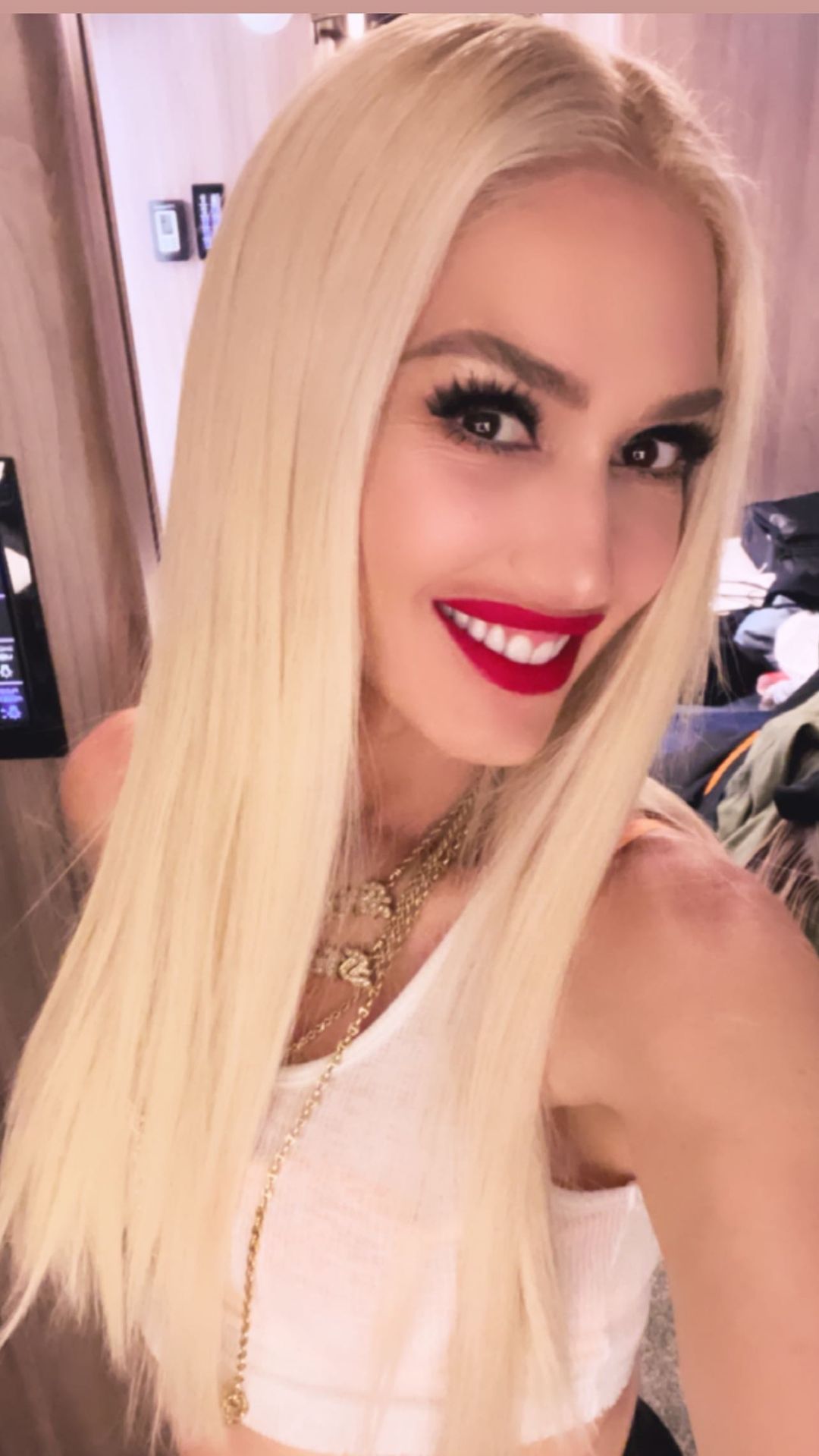 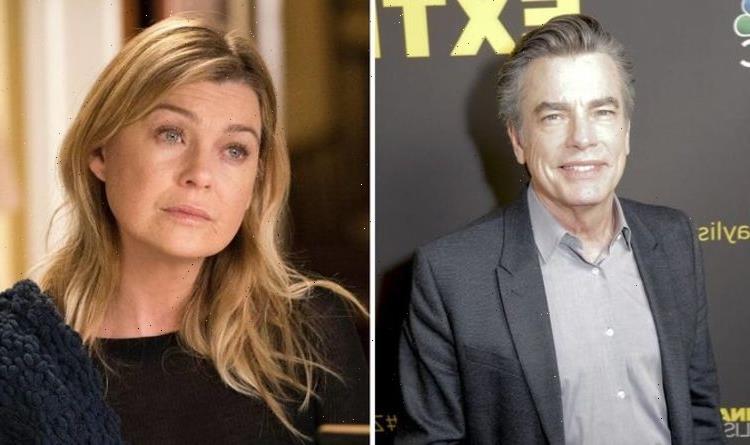 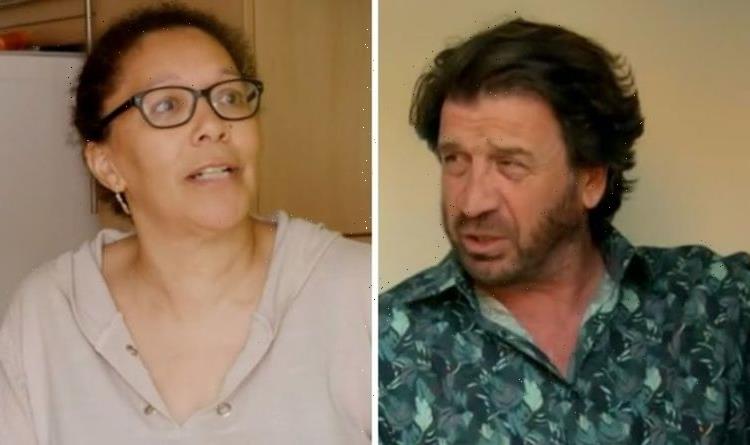