Susanna Reid, 50, was joined by Adil Ray, 47, to host Good Morning Britain and the pair were joined by journalists Andrew Pierce, 60, and Kevin Maguire, 60, to discuss the latest royal news. On Monday afternoon, a trailer was released for Prince Harry’s, 36, new AppleTV+ documentary series in which he sits down with Oprah, 67, to discuss the trauma of losing his mother when he was a child. The tell-all interviews will touch on how the Royal Family helped the Duke of Sussex with his grief but the presenter of the ITV programme thought a whole can of worms could open from what is aired on the streaming platform later this week.

After stating the Duke should have his titles taken off of him to cement he has left the Royal Family, Susanna shared her views on the matter.

“I don’t think it matters if he has got the royal title or not, he still is a royal so I think that part is irrelevant.

“My issue with it is that is so personal,” she continued, referring to how the Prince speaks about his family in the documentary.

“I absolutely support him talking about mental health, destigmatising therapy and making sure it’s a brave thing to do to admit your weakness and not a shocking shame.

“I absolutely support that but when you divulge all the reasons behind that and drag other people into it, then you’re impacting other people,” she said as she slammed the Prince. 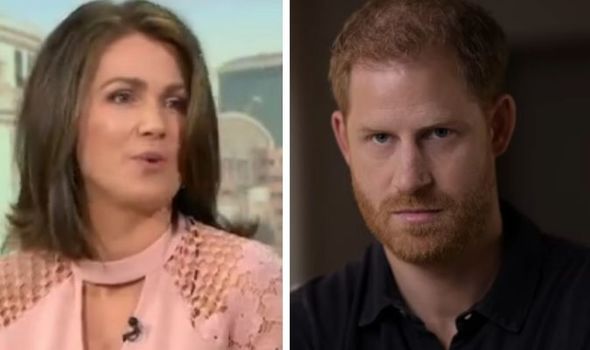 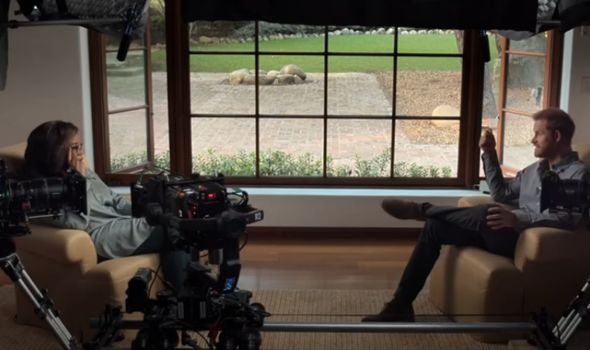 “It’s like his therapy session is being played out on television which means all his family gets sucked into it,” Andrew explained.

Adil also voiced his views on the documentary series, explaining: “When Diana did her interview with Panorama many years ago, with everything that was going on with Charles, she went to the Queen and said ‘What should I do?’

“And the Queen reportedly said, ‘I don’t know what to do’, and Diana said, ‘That’s what you call help’ within the firm – within the family.

“We all blamed the Queen at the time – how dare she say that to Diana, we were on the side of Diana,” he continued as Susanna interjected. 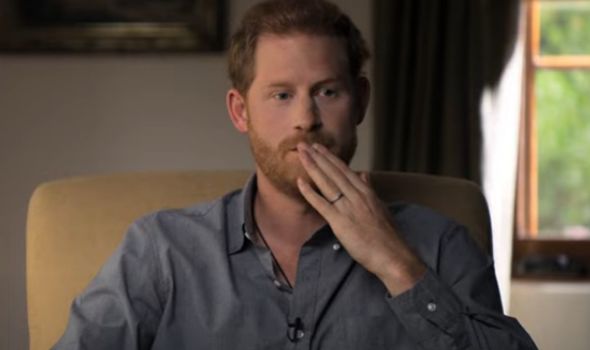 My issue is it’s so personal

“So we know how uncomfortable it is when people point the finger,” she said with Adil reiterating there is a similar trend happening with Prince Harry.

Taking to Twitter, those watching at home commented on the discussion, with one writing: “Harry’s comments about ‘breaking the cycle’ is hugely important.

“We internalise parental behaviour and attitudes in childhood, repeating them as our own. However whilst raising mental health awareness is always welcomed, I sincerely hope he wasn’t paid for this,” they continued.

A second posted: “Break the cycle – yes! But please just stop dragging up 100 years off what if, should off, could off because we will never move forward.” 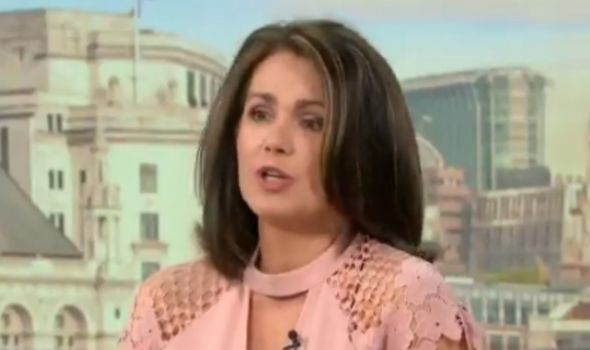 “Regardless of our social class or wealth, mental health can impact anyone at anytime in life,” a third commented.

The series will explore a wealth of discussion around mental health and in the trailer, the Duke sends an important message.

“To make that decision to receive help is not a sign of weakness. In today’s world, more than ever, it is a sign of strength,” he tells Oprah.

Prince Harry is not the only person who will speak about their past, with several other famous faces making an appearance.

The Duchess of Sussex, Meghan Markle, 39, and the couple’s son Archie Harrison Mountbatten-Windsor will also feature in the Duke’s episode.

Prince Harry also touches on how the coronavirus pandemic will have taken a huge toll on an individual’s mental health.

“The results of this year will be felt for decades. The kids, families, husbands, wives, everybody,” he says.

This series has been co-produced by the Duke and Oprah, with The Sussexes’ Archewell website stating the reason for the project is to have “honest discussions about mental health and emotional wellbeing, while opening up about their personal journeys and struggles.”