JAMES Argent is looking noticeable slimmer as his hard work to shift four stone pays off.

The Towie star, 33, looked happy and relaxed as he attended Georgia Kousoulou and Tommy Mallett's 'Sip and See' party to show off their newborn son Brody. 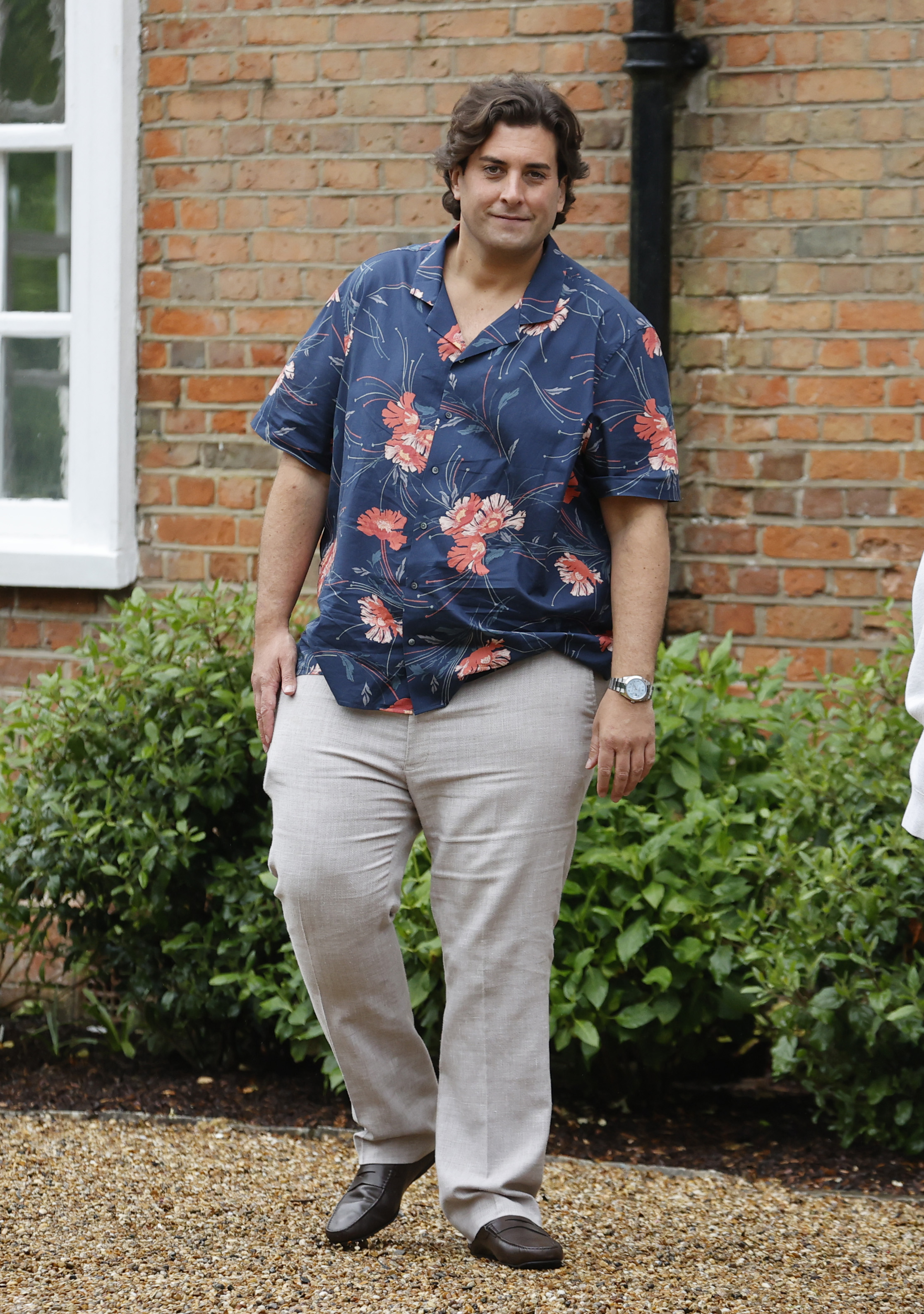 The Towie star is at the half way mark of his weight loss mission.

He showed off his slimmed-down frame in a Hawaiian print shirt with a pair of chinos.

James looked happy to see his Towie co-stars as he continues his health kick.

He is hoping to lose a total of eight stone, and will set about continuing his healthier lifestyle after the surgery which removed 70 per cent of his stomach. 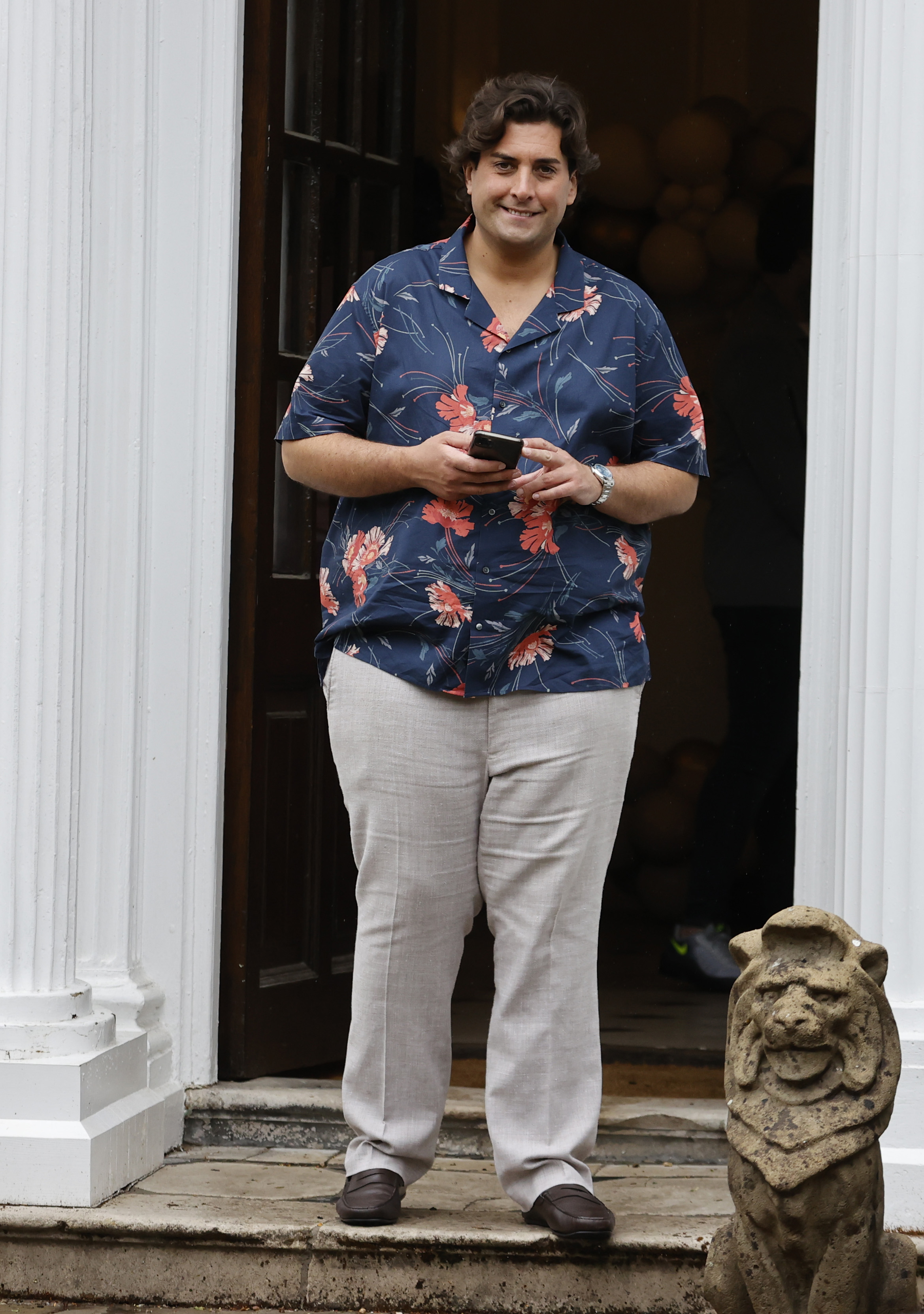 The reality TV star recently spoke candidly on Steph's Packed Lunch on how "scary" it felt to have tipped the scales at 27 stone.

Arg shocked fans last year when he ballooned in weight during lockdown, admitting he swapped his drink and drug addiction for food.

Detailing how he felt prior to the surgery, he told the Channel 4 show host: "It felt horrible, I was always extremely uncomfortable, I couldn’t look at myself in the mirror.

"It felt depressing and it just wasn’t me. Now I’m starting to feel like myself again and I’m excited about what the future is going to bring. 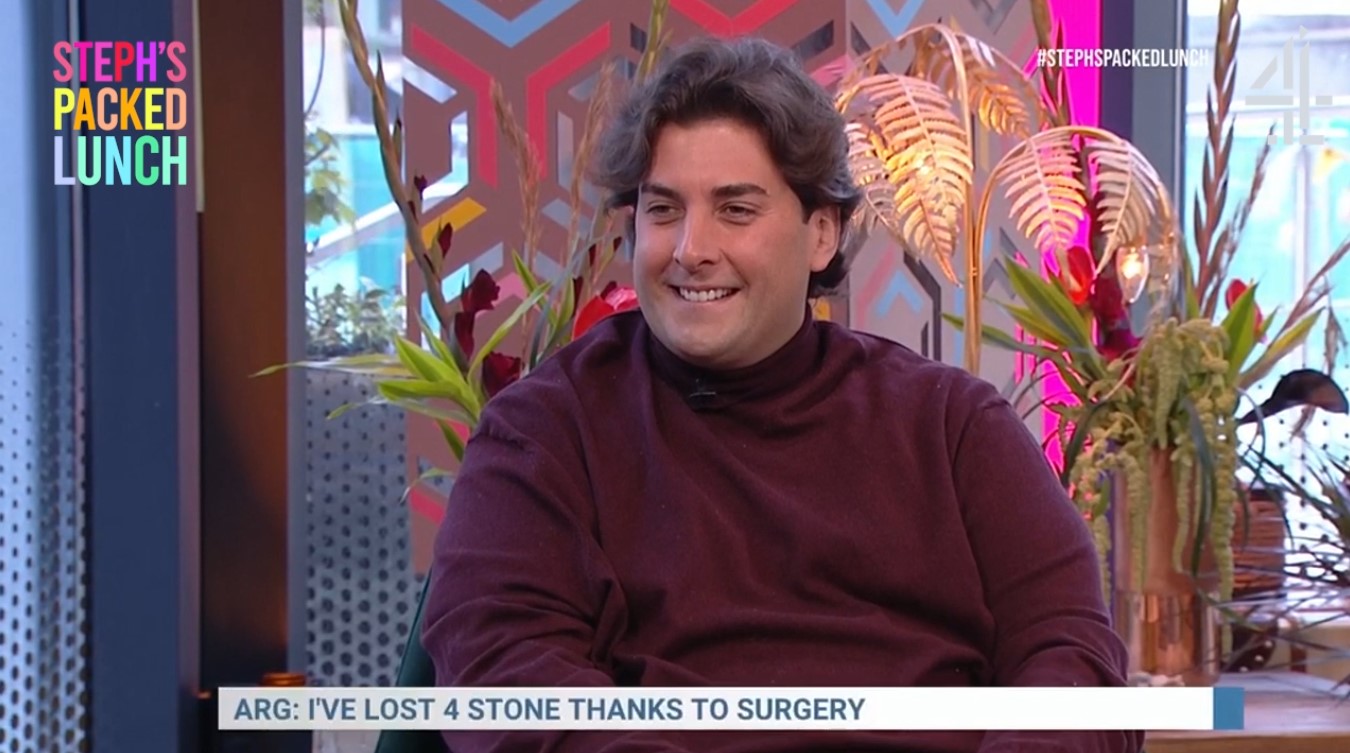 “It was scary being 27 stone… It was serious, doctors were telling me how dangerous it was… I knew it was something I had to address pretty quickly."

Arg added: "I’m four stone lighter now. It’s a really good start. Four stone out of 11 or 12 might seem like a drop in the ocean but I’m pleased I’ve made progress already.

"I feel so much happier already, I feel healthier already, I’m lighter on my toes, I’m more confident. I’m really loving life at the moment."

Gushing over the gastric band op, he hailed it "the best thing I’ve ever done." 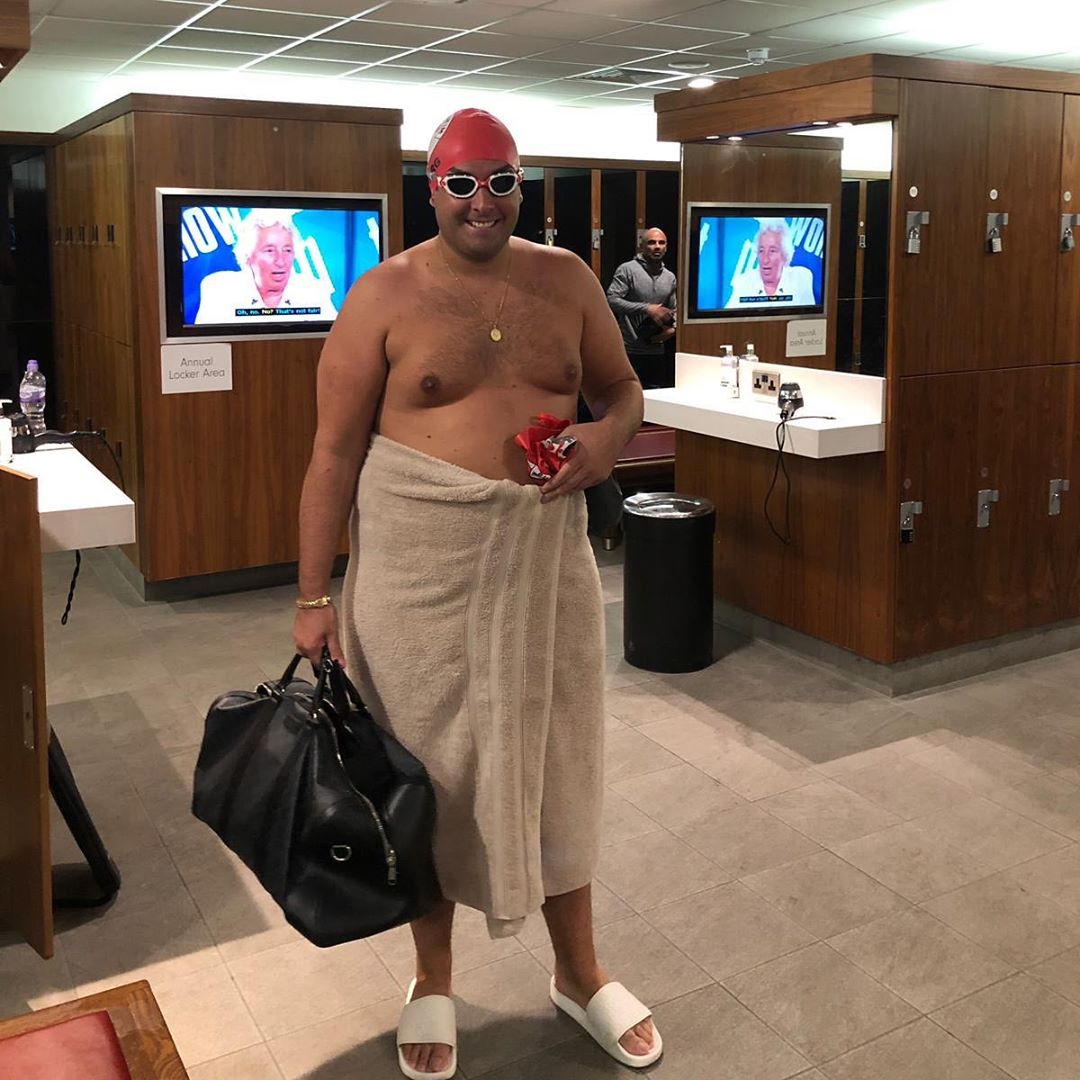 After the op he said the surgery helped most with his portion control.

Gemma Collins' ex said: "I can still eat what I want now, it’s down to me what I put inside my mouth. It helps me with portion control.

"It helps me physically, I’ve still got to do a lot of work to make sure I’m all good mentally.”

He added: “Now I’m in a place where I’m on this journey, I’m losing weight gradually and accepting the way I look now.”

Arg recently revealed his surgery wounds from the operation which saved his life.

Meanwhile, The Sun exclusively revealed how he hopes to shed another two stone by Christmas, and has turned to best pal Mark Wright for help.