TV chef James Martin issued a surprising warning to This Morning viewers earlier in the week as he rustled up his take on a classic dessert recipe. The chef prepared a sticky toffee pudding for ITV’s Holly Willoughby and Phillip Schofield but light-heartedly threatened viewers who preferred “healthy food” to “tune away”.

Explaining his technique, James said: “To make it sticky I use a little bit of black treacle and golden syrup.”

“Why the blend?” Holly questioned.

“Because you can,” the TV chef cheekily replied and Holly added: “Because it’s better.”

James then made light of his indulgent mix of ingredients in the recipe. 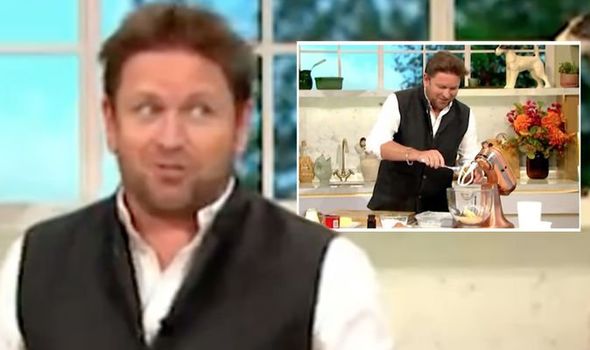 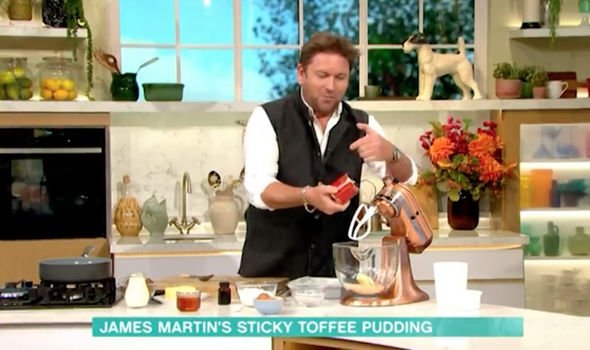 He warned: “If you’re into healthy food you better tune away because the sauce is epic.”

“I just tried it,” Holly interjected. “It is epic.”

ITV viewers took to Twitter to tease the TV chef over his “unhealthy” dessert recipe. 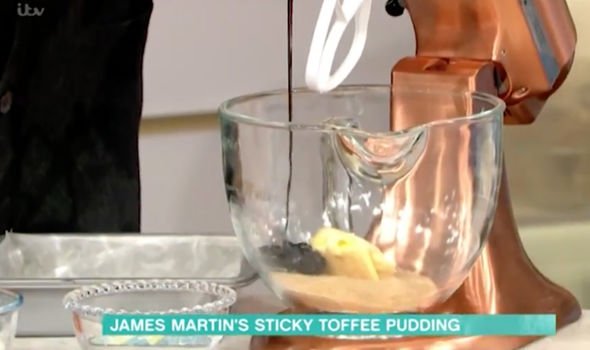 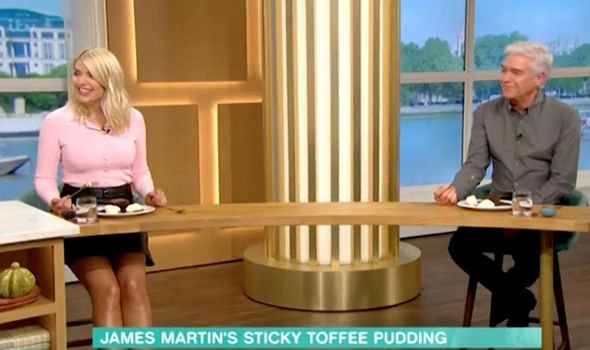 “James Martin adding a ‘little bit’ to his recipes #thismorning,” another shared alongside laughing emojis.

Someone else said: “#ThisMorning Yeah, OK I guess if you want to fatten up for the winter, James. B****y hell!”

A sixth suggested: “Here’s a segment idea for you #ThisMorning how about you get James to do something without copious amounts of butter and oil?”

During a recent episode of James Martin’s Saturday Morning, the chef was joined by Ray Quinn as he rustled up a Chicken Kiev style caesar salad.

As Ray prepared to tuck into the feast, he asked the camera crew: “At the end, after cooking all of this, do you have a bit?”

“Before lockdown you see, they were allowed,” James told Ray. “But now in lockdown, you’re the only person that’s allowed to eat it!”

“So sorry guys! It does look good, and it’s just enough for me as well,” Ray exclaimed.

“Exactly! So there you have it, spatchcock chicken, garlic butter, nice caesar salad – done!” James said.