Over the past seven weeks, BBC viewers have watched as Charles Sobhraj (played by Tahar Rahim) and Marie-Andrée Leclerc (Jenna Coleman) have tried to evade justice and enjoy a life of luxury. Fans know Charles has posed as a gem dealer but has also been stealing money and passports from travellers on the Hippie Trail across Asia. Once he has what he needs from the travellers, they are killed after being poisoned by Charles and Marie-Andrée, also known as Monique. With The Serpent coming to an end this week, actress Jenna has opened up about her time filming the series and her regret over not taking a costume from set.

Jenna explained: “I really messed up here because Tahar, all of his suits were like tailored and all the flares so he took everything home with him.

“He took his tailored shirts, glasses, because it was all, so many of the costumes were made there in the workshop.

“And I managed to come home with a pencil sharpener and also a Thai statue that I stole from the set but left all of my costumes and didn’t bring a single thing.”

The actress continued: “Nobody wanted anything actually. 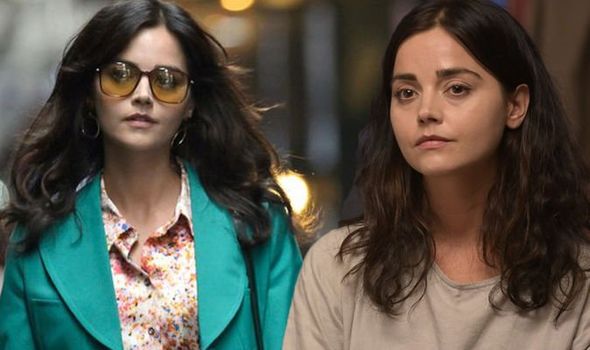 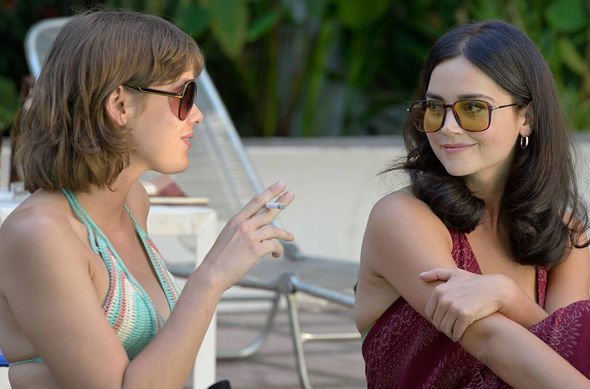 “Everyone was like ‘what are you doing?’ and I was like ‘oooh I don’t know, I just like to keep a momento’ you know as we were like finishing on set like ‘yeah, take the pencil sharpener if you want it, it’s yours.’

Speaking on Table Manners with Jessie Ware, Jenna also opened up on the challenge of portraying Marie-Andrée.

“What’s so funny is, I think in her head, I think she thinks she’s good,” the former Doctor Who star said. 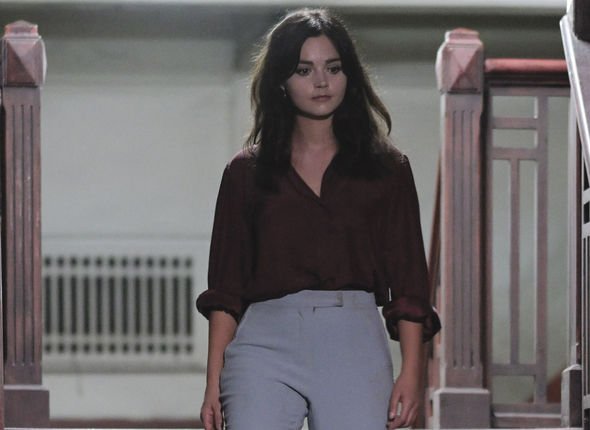 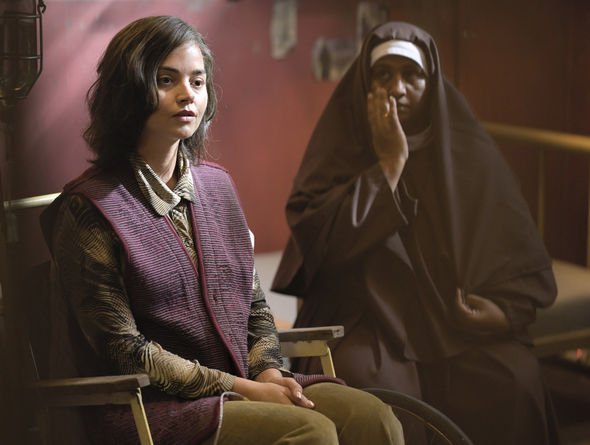 “She’s living this completely deluded lifestyle, but also, this job was the job we all call it ‘The Serpent curse’, so many things went wrong in the filming of it, so there was this whole other element that went into it.

“The shoot was supposed to take four months, it then took 13, so we all got to know each other really really well.

“It’s so weird for me now when I see people freaked out or scared of Tahar cause he could not be more opposite to that character.”

Coronavirus put a pause on filming with some of the final scenes being filmed in Tring in Hertfordshire.

Tring ended up as a substitute location for Bombay, Paris, and Karachi. The actress added the cast also never went to Kathmandu.

“We were going to go to Paris at one point, then Budapest. But it was all Thailand.”

The final episode of The Serpent will air on BBC One this evening with the net beginning to close on Charles and Marie-Andrée who are in India.

Meanwhile, the final chapter in Herman Knippenberg’s pursuit of the Bikini Killer stretches further into the future than anyone could have imagined.

Marie-Andrée was sentenced to 12 years in prison for her crimes in 1980. In 1983 she was diagnosed with ovarian cancer and given permission to return to Canada where she died aged 38.