BBC series Save Our Summer has seen ex-footballer Peter Crouch and Maya Jama try to inject a bit of fun into homes across the nation as the coronavirus crisis continues. The pair have been joined by a host of famous faces in the last few weeks but tonight, comedian Jimmy Carr caught viewers’ attention when he revealed a newly shaved head on the programme, soon admitting he had recently undergone a hair transplant procedure.

Maya and Peter debuted their new series on BBC last month with the latter having to take on a series of challenges throughout the programme.

Each week, the duo also sit down with a guest to divulge how they’ve been finding the challenges posed by the UK-wide lockdown.

This week saw Jimmy discuss how he’d been finding the period but it didn’t take long for viewers to notice something different about the star.

Jimmy began his appearance with a Peaky Blinders style cap on, with Maya saying: “I wanted to comment on this look, it’s a bit of Peaky Blinders hat.” 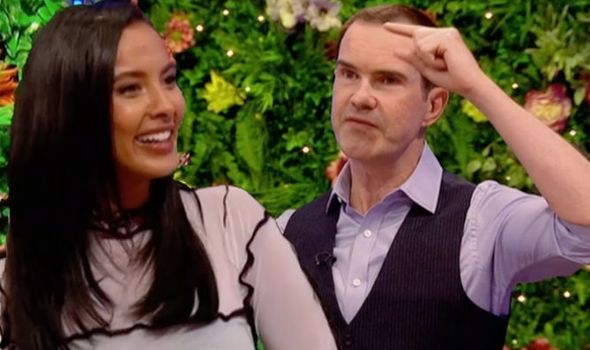 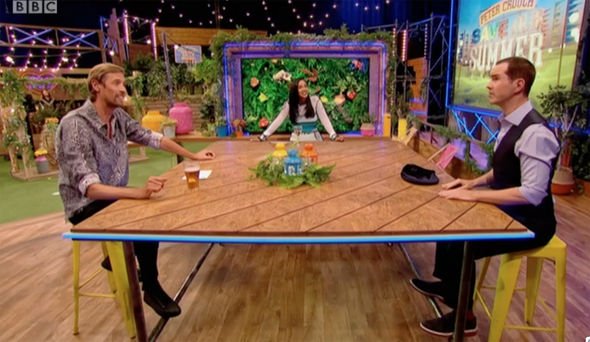 However, when he sat down with the pair he took the hat off and revealed: “Oh yeah, I shaved my head,” with Maya responding: “It’s a very different look for you.”

The star went on to to admit: “Well, I’ll tell you what I did, I had a hair transplant. I had the look of a snooker-playing vampire.

“What happened was my hair was socially-distancing from my forehead and I’d had enough of it, so I got them to…”

Peter interrupted and questioned whether he’d genuinely had a transplant, with the star adding: “Yeah, I genuinely did. I shaved my head… 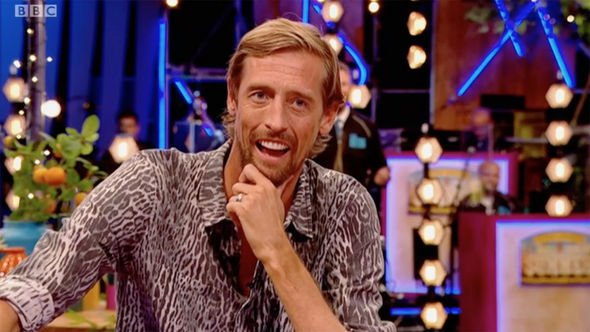 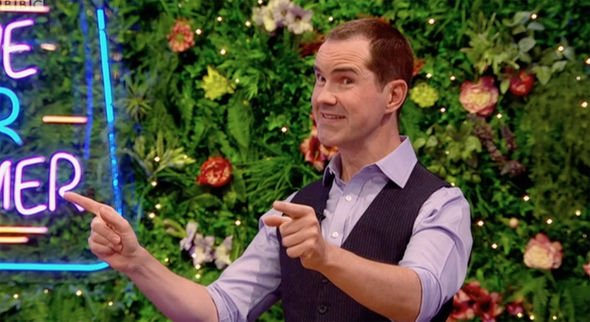 “What they do is they take hairs from the back of your head and put them on the front. Basically, I had enough hair, it was just in the wrong place… a bit of redistribution!”

Mel quickly praised her fellow guest, saying: “You know what, hats off to you – no pun intended – because not many people would be that open about doing something like that.”

Jimmy noted: “Yeah, men in Hollywood sort of go ‘I haven’t had anything done,'” with Peter joking: “Did lockdown finish a bit too early for you? Were you hoping to have a full barnet?”

Jimmy replied: “Well probably before I go back on stage, I don’t know when it’s coming back. For a lot of people, I think lockdown is a very real thing.

Host Maya soon asked Jimmy whether he’d chosen his “bubble” after Prime Minister Boris Johnson announced earlier this month those living alone would be allowed to pair with another household.

However, the comedian looked confused by the question, replying: “Sorry, are we doing Wife-Swap on a national scale?”

Viewers were quick to comment on the drastic transformation, with some comparing him to Money Saving Expert Martin Lewis as well as Radio DJ Johnny Vaughan.

One wrote: “As if 2020 cannae get worse, @jimmycarr turns up on @petercrouch program without his Barnet, fair play to being honest about it though.”

Another said: “Looks like Jimmy Carr has gone for the Martin Lewis look, half expecting him to reel off the best deals on savings accounts #Crouchy #saveoursummer.”

“@jimmycarr thanks for honesty, hair looks amazing. You look so young,” commented another viewer.

“Jimmy Carr and Johnny Vaughan have never been seen in the same room together #petercrouchsaveoursummer,” said a fifth.

Another joked: “When you’ve been watching too much @MartinSLewis during lockdown @jimmycarr @MoneySavingExp.”

Peter Crouch’s Save Our Summer airs every Saturday at 9:25pm on BBC One.