“We’re really excited to continue that story and now with millions of fans as well,” Bailey tells ET’s Lauren Zima, acknowledging the massive fandom surrounding the series. Following the news that Bridgerton officially has been renewed, the actor opens up about hopes for future episodes and getting ready to return to set, when production resumes in the spring.

“Well, I think you can tell from the length of my beard that I’m starting to grow [my] mutton chops,” Bailey says of preparing to reprise his role, before later revealing that in addition to getting his sideburns ready, he’s also been staying in shape. “I’m actually doing a lot of paddleboarding at the moment and swimming in the sea because I live on the coast.”

He adds, “Part of the excitement for all of us [is] to really get fit and be able to enjoy the scenes.”

Those scenes, of course, include the many sex-filled moments Anthony found himself in during season 1. And now that his character will be at the center of the series’ sprawling story about the Bridgerton family members navigating society, scandal and Lady Whistledown’s scathing takedowns, it’s likely audiences will see even more of Bailey.

“It’s just going to get more exciting and convoluted and sexier, I think,” the actor says, adding the series will surely “be pushing boundaries every single way.” But what he does know for sure is “that the story is going to be really exciting.” 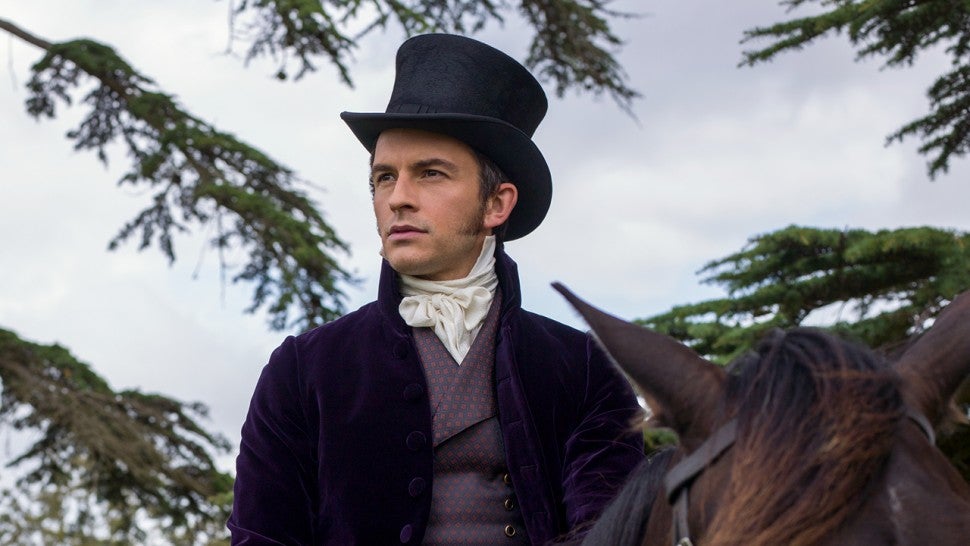 That story, according to Netflix’s official season 2 announcement, follows Anthony, who “intends to dominate the social season” as he considers setting aside life as a bachelor for love and marriage. Because of that, The Viscount Who Loved Me is expected to be the main source for the new episodes. But like season 1, which included characters and subplots from later books, the series is presumably not strictly limited to one book per season.

“I think Chris Van Dusen has got this amazing ability to take Julia Quinn’s extraordinary books and her amazing worlds that she delicately filled with excitement and sexiness. And he takes it to a whole other level,” Bailey says, when asked how much the new season will parallel the narrative in the books. “So the fact that we’re following Anthony’s pursuit for love shows that you know there’s definitely going to be some similarities.”

That said, readers of the novels know that there’s a pivotal female character, Kate Sheffield, who shakes things up for the Bridgerton bachelor. As for whether audiences will get to see her or not, Bailey says, “Having read the second book, if Anthony gets to meet anyone half as brilliant as Kate Sheffield is, then he’s going to be a very lucky man.”

While the actor won’t confirm if she’ll play a major role in season 2, he didn’t shoot down the possibility of casting someone like Rihanna, whom he met at a Netflix party. “I mean, I’m really up for it if she is. I mean, the chemistry was there,” he reacts with a laugh.

As for what else Anthony might face in future episodes, Bailey previously told ET he hopes to see the character grow into himself. “I sort of feel really sorry for him,” he said. “I think he means really well. No doubt that he’ll still be there to try to protect people in the way that he does and probably fail miserably. But yeah, we need to see him smiling.”

Of course, the new episodes aren’t only about Anthony. “There’s so many cliffhangers,” Bailey says. “Eloise will be having her first season, I’m sure. There’s head over heart with Benedict and his love of art. And there’s a lot to, I think, really explore with Violet and Colin and Penelope. There’s so much!” The actor even shares that the biggest mystery for him is the Featherington family. “If you remember, their whole estate has been left to someone, we don’t know who that is,” he notes.

No matter what, Bailey concludes, “This is only the beginning.”