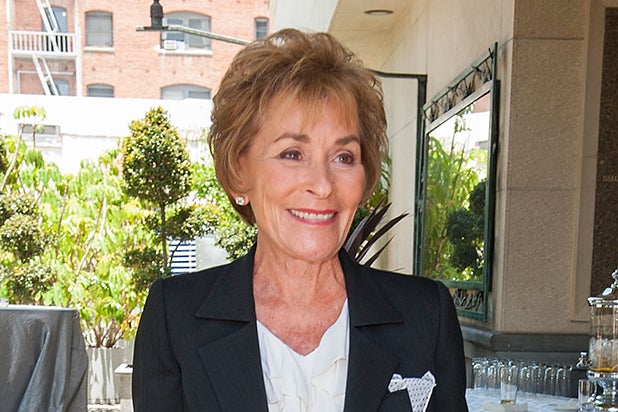 “Judge Judy” may be leaving the daytime syndication airwaves after this season, but Judy Sheindlin isn’t ready to hang up her robe quite yet.

Sheindlin has partnered with Amazon Studios for a new courtroom show she will host that will air on IMDb TV, Amazon’s free streaming platform. When Sheindlin announced the end of her longrunning “Judge Judy,” she teased she was already working on a follow-up series, “Judy Justice” and would be looking for a streaming distributor.

The series, which is now untitled, “will feature no-nonsense, expeditious Judge Sheindlin’s signature adjudication style with a new array of cases, litigants and judgments,” according to Amazon’s description.

“I’m over the moon to be in business with Amazon Studios and continuing this incredible journey with them on a new platform is so exciting,” said Sheindlin. “I used to yell at my husband, Jerry, for all the packages he had ordered from Amazon every day. I have enough mouthwash in the cabinets to keep the entire planet’s breath fresh until the next millennium. The doorbell never stops ringing. The dogs don’t even bark at the delivery people anymore. After I signed this deal, I apologized to Jerry. Who would have thought that the Sheindlin’s and Amazon would be mishpachah?”

Sheindlin has hosted “Judge Judy” since 1996, netting a mammoth $47 million salary that put her at the top of Forbes’ list of highest-paid TV hosts in 2018. For the last 11 years, “Judge Judy” has led the syndication ratings race and figures to cap off her 25-year run with a 12th-straight victory next year.

“Judge Judy Sheindlin is a TV icon and visionary who has entertained millions of fans for decades,” said Lauren Anderson and Ryan Pirozzi, Co-Heads of Content and Programming for IMDb TV. “As we build the IMDb TV slate of high-quality, ambitious Amazon Studios Originals, we are delighted to deliver customers a court program from the legendary Judge Sheindlin who, without a doubt, is the very best in the business.”