Tonight, on Gardeners’ World, Good Morning Britain presenter Kate Garraway will feature in a special segment. BBC One viewers will see her discussing her garden and how she found solace in its flowers during some of the darkest and most turbulent moments of her life this year. A preview clip was shown during the ITV morning show, and Kate was seen sitting alongside Joe Swift, discussing the healing powers just being around nature can bring someone.

“I’d often get a phone call at midnight saying ‘We’re not sure if he’s going to make it through the night,’” She confided in Joe.

“And you can’t sleep after that.

“I was helpless and I’d come out into the garden at one o’clock in the morning and do random mad things like water his [Derek’s] favourite plants.

“It doesn’t take a trained psychologist to know that, by watering them and not letting them die, I sort of felt like I was doing something to keep the hope alive, to keep the spirit of him alive,” Kate added in reference to her husband, Derek Draper who is still in hospital battling coronavirus. 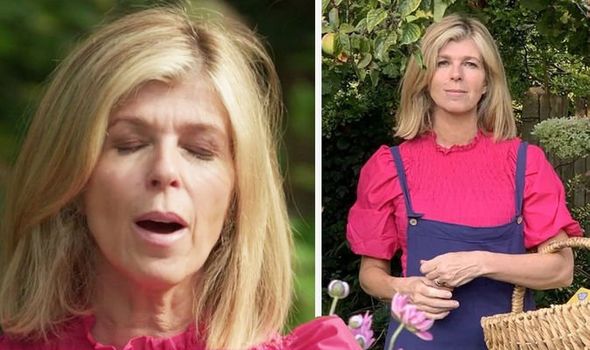 “And I feel like nature paid me back; they grew the highest they have ever grown and they flowered beautifully with wonderful yellow flowers.”

Joe Swift appeared on GMB via a live video link where he spoke about the conversation he had with Kate.

“Gardening is about having a go,” the designer and broadcaster said. “It’s a way of expressing yourself.

“And Kate so beautifully said, she poignantly said to me, ‘In the garden, there is the past, present and future.’” 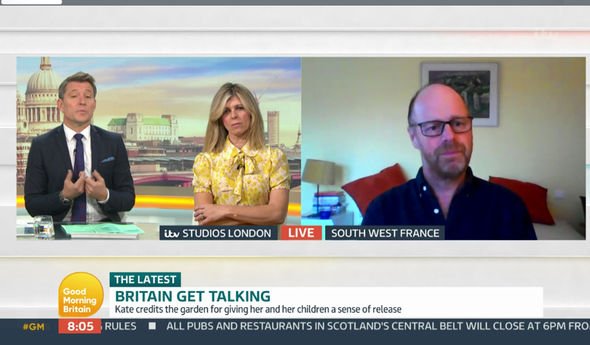 And Kate added: “If the present feels bleak, the simple act of planting something is you believing in the future.”

Kate’s co-host for the morning, Ben Shephard asked the guest: “Were you impressed with Kate’s gardening ability? Was it a bit shabby around the edges?”

“He said I packed it all in!” Kate replied. “It was a bit crowded, so I’ve let things breath and given things a bit of space.” 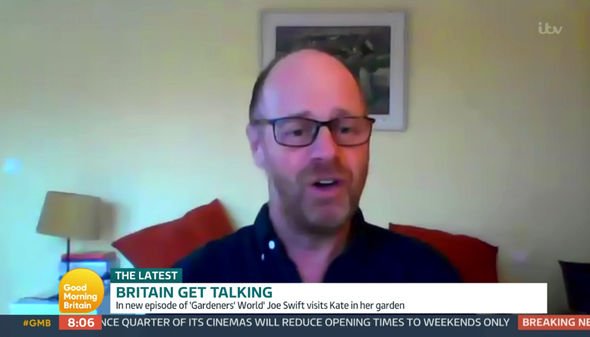 “Nature undergoes these huge hurdles,” she said. “And it finds its way round.”

Kate’s gardening attire came under scrutiny from her fellow presenters and Kate spoke about the pact she had with Joe and Gardeners’ World about not showing them during the final edit.

“I asked to take them off before filming and you said they would never show them!” Kate laughed to Joe.

“Where do you stand on clogs?” Ben asked Joe. “Do you think they’re ridiculous or something you frequent?”

“I think Kate is a bit of a style guru,” the guest replied.

Tonight’s BBC Two viewers will see Kate explain her feelings when she had to harvest the vegetables she had tended so long to.

“It was rather sad because the radishes came, they’re one of Derek’s favourite vegetables, and we ate them and he still wasn’t better,” she said.

“And I’d say, ‘Dad will be better by then’ … And of course now that it’s been so long, we’ve got a huge basket of bulbs, so that when dad comes home, the place will be full of colour.”

Kate and Joe’s full chat will airing during tonight’s instalment of Gardeners’ World.

Monty Don will be back to present the main show, and give those watching at home advice on what plants need to be taken under cover now, what can stay out until after the first frosts and others that just need an extra layer of protection.

Plus, he shows what can be planted now in the vegetable garden. Joe Swift visits.

Good Morning Britain airs weekday at 6am on ITV and Gardeners’ World airs tonight at 9pm on BBC Two.