KATIE Price has revealed she's dropped a dress size after using controversial diet supplement Herbalife, which has been linked to hepatitis and liver damage.

The reality star, 42, admitted that she wanted to focus on her physical and mental health after her horror accident in Turkey where she broke both her feet. 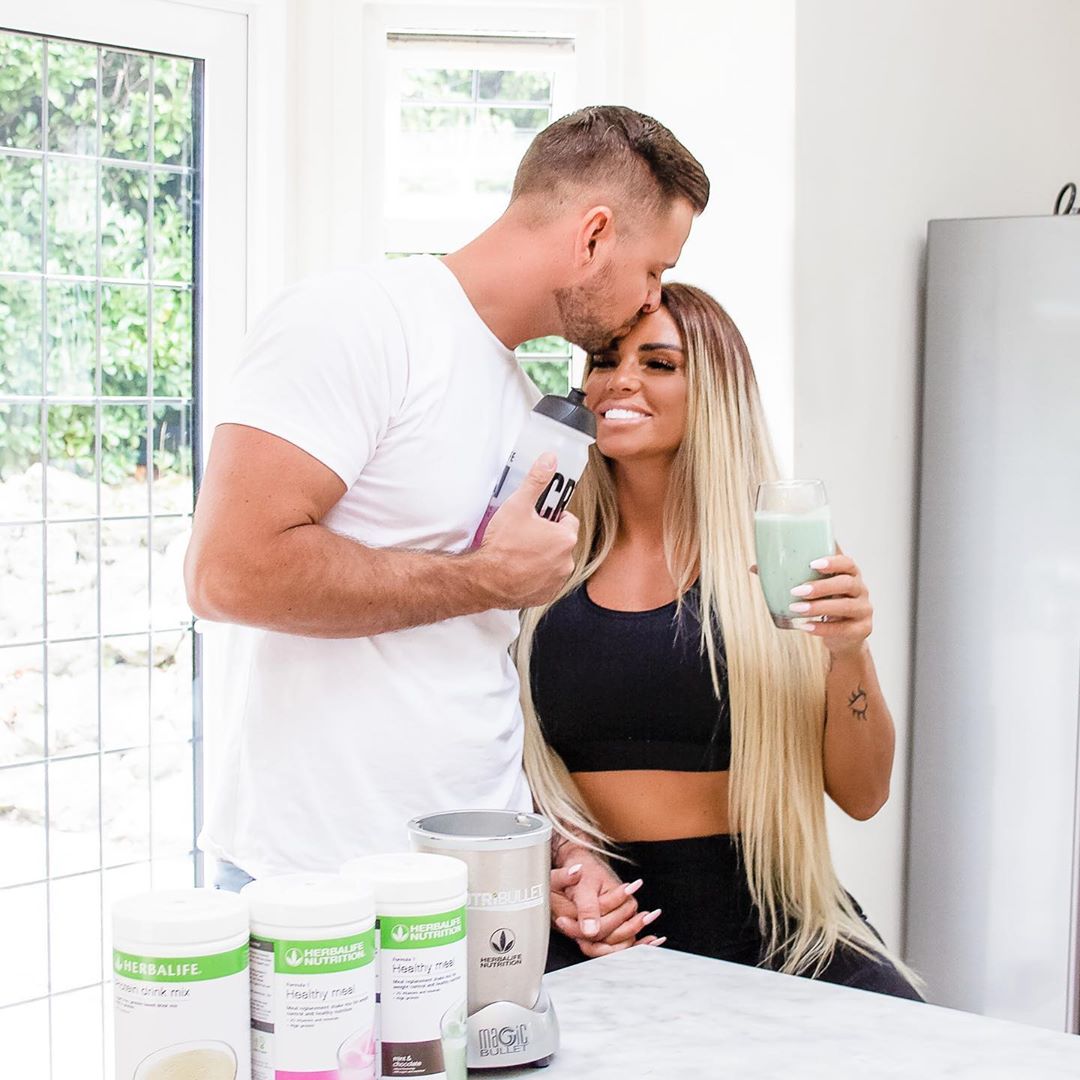 The mum-of-five said that she feels “fitter and truly happy” since she started taking Herbalife products.

The Herbalife brand is often promoted by celebrities but has been linked to hepatitis, liver damage and lead poisoning.

Katie shared a photo of boyfriend Carl Woods kissing her  on the forehead with the product on the kitchen counter, she wrote alongside the snap: “This year has been challenging for all of us and it is no secret that I have had my fair share of ups and downs.

“Being in the spotlight since I was 17 has given me lots of high's and low’s. As you all know I’m judged for everything I do and at times it’s taken it’s toll on my mental health. 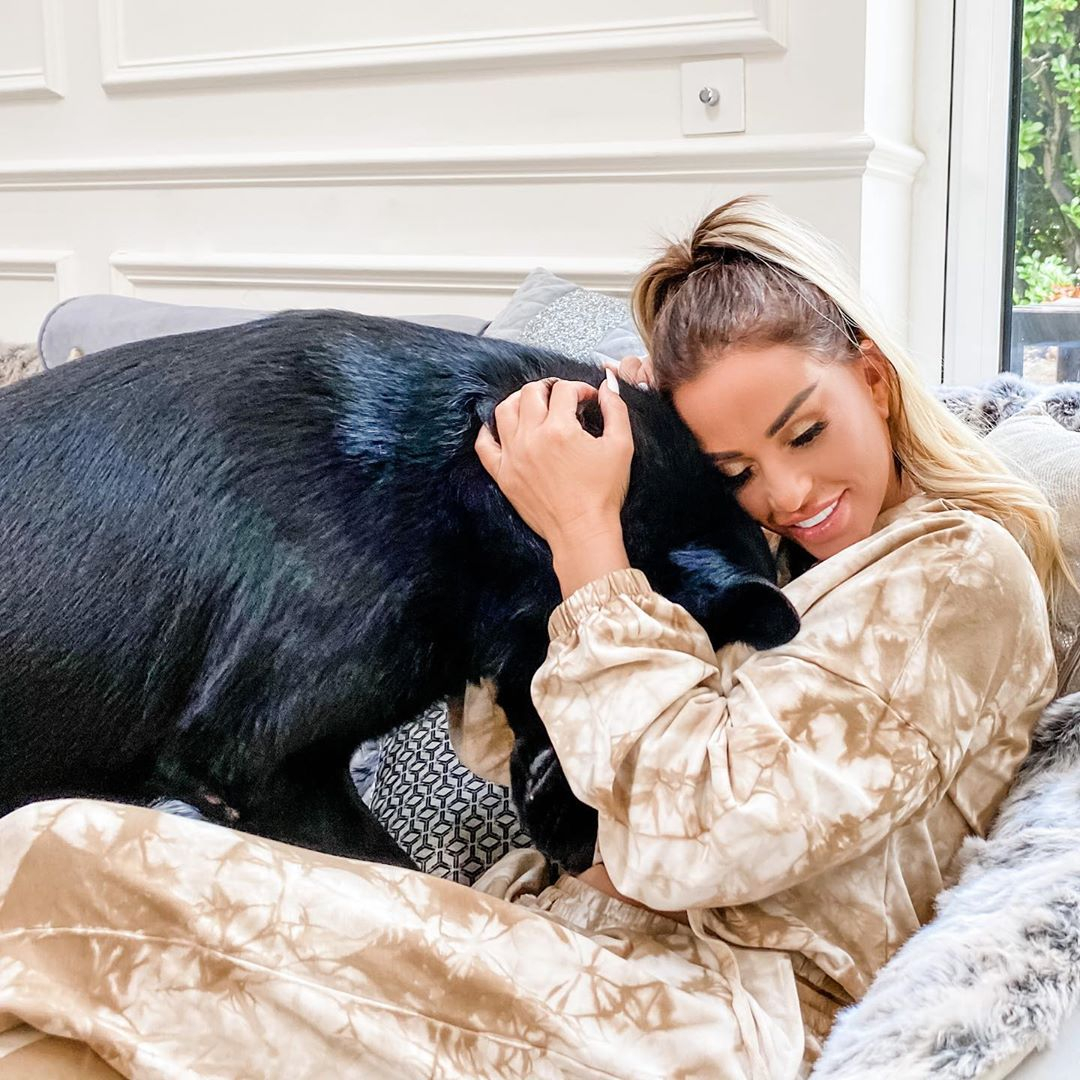 “I made a decision to get help and also to start looking after my physical health too.”

The former glamour model explained how her accident and the global pandemic has made her realise how important her health is.

She continued: “After my accident and with everything going on in the world, being healthy has never been so important. Carl Woods as been such amazing support and together we decided to try Herbalife products and focus on living a healthier lifestyle.”

The star was thrilled to share that she had dropped a dress size and was feeling full of energy in recent weeks. 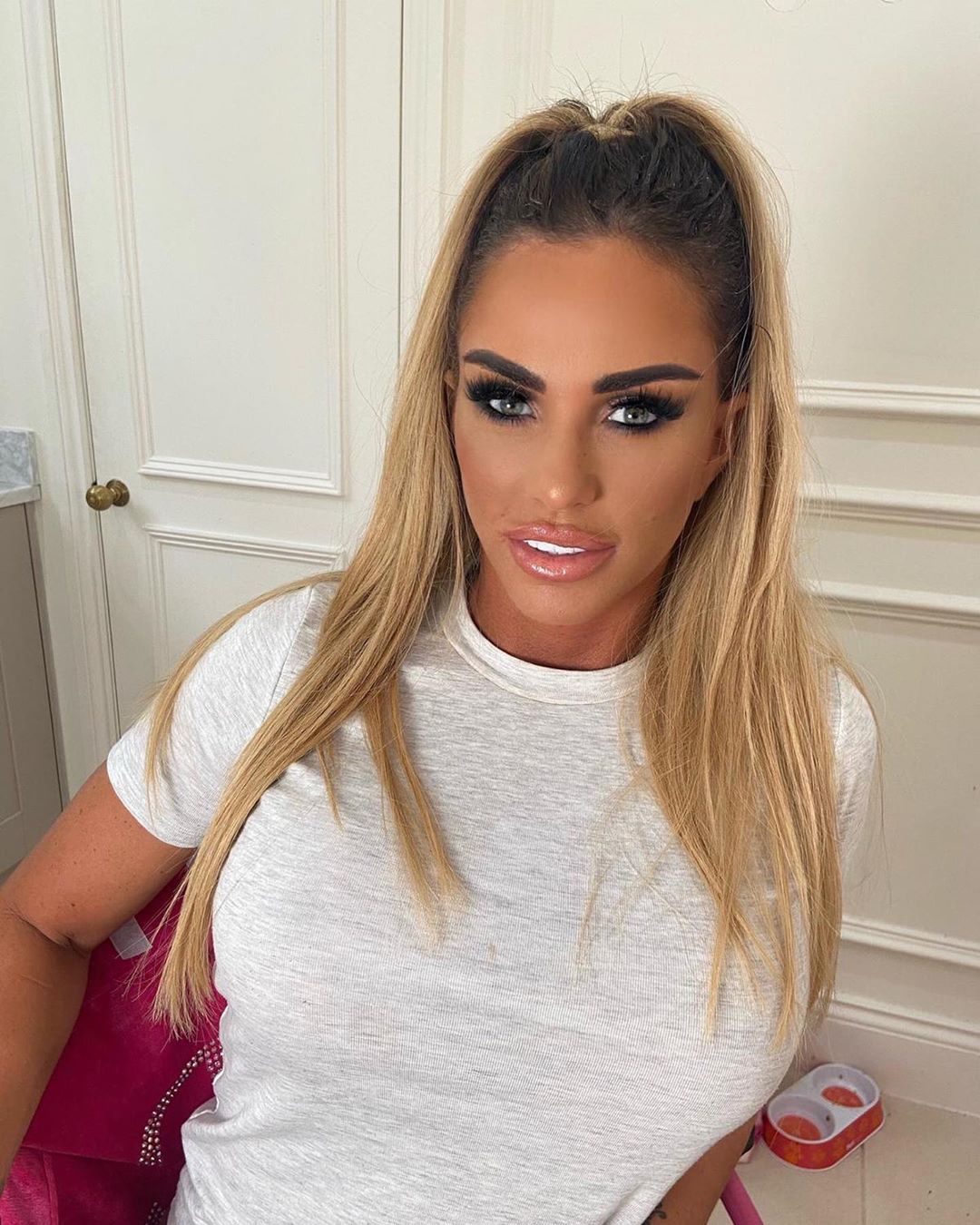 She said: “The results we have both got are incredible. I have dropped a dress size, feel fitter and have so much more energy. But the best part is I feel truly happy.”

Katie revealed that she had teamed up with the controvertial diet brand to help other people feel “healthier and happier” too.

The I’m a Celeb star explained: “We have now decided that we want to help other people feel healthier and happier too and tonight I am so excited to launch this new venture.

“So if you're reading this, and are ready to start your own journey then I would love to help you. You can see all the products that I am using and my recommended plans on the website. 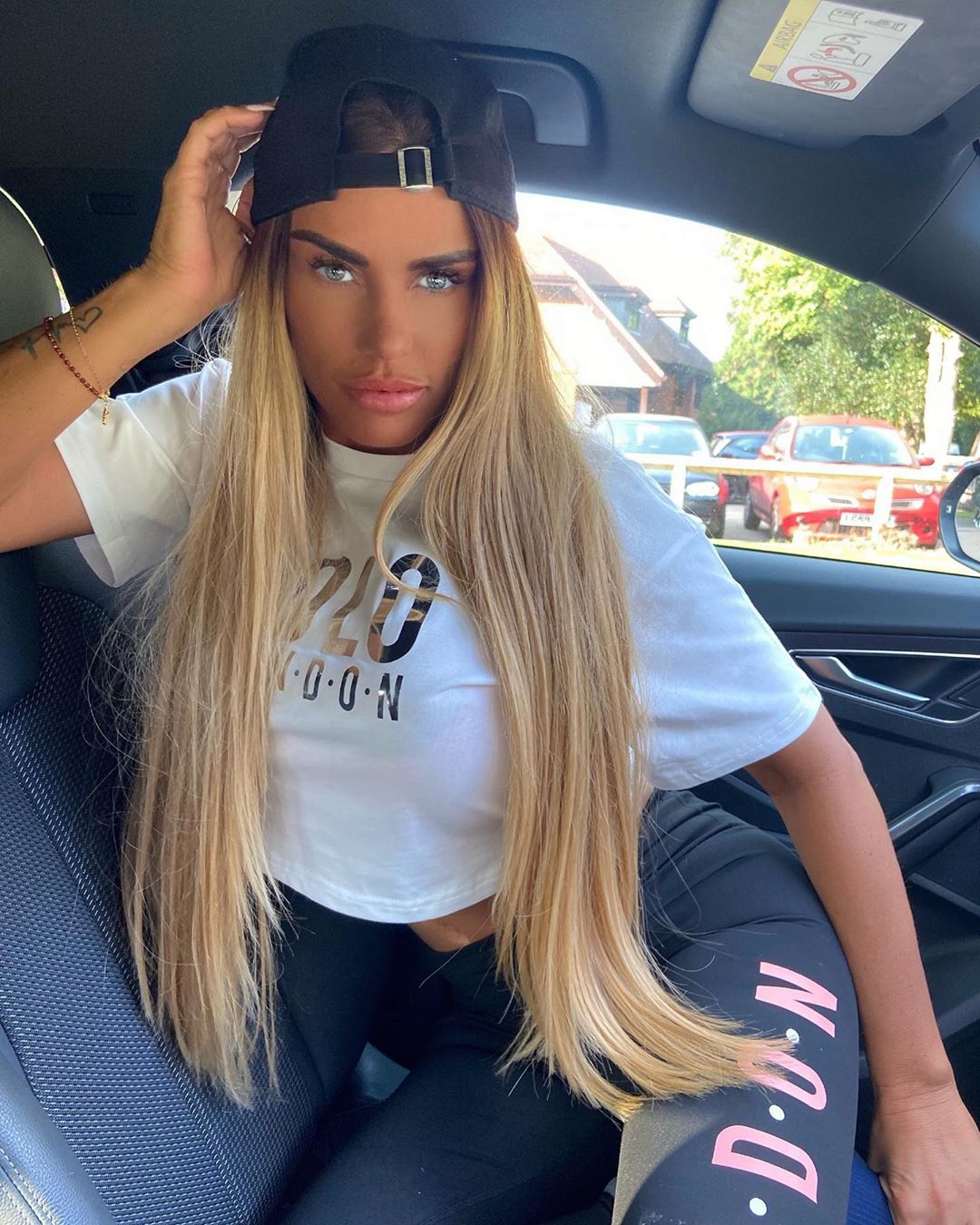 “Once you place your order, you will get access into my exclusive Facebook group and I will support you every step of the way.

“I am so excited to continue on this journey and hope you will join me too. Love Katie.”

However, behind this glossy brand, troubling questions have been asked about the multi-billion pound company.

It has been accused of being nothing less than a pyramid scheme – a model in which members are paid for recruiting others rather than selling products – propped up by some of the high profile names they get to endorse their products. 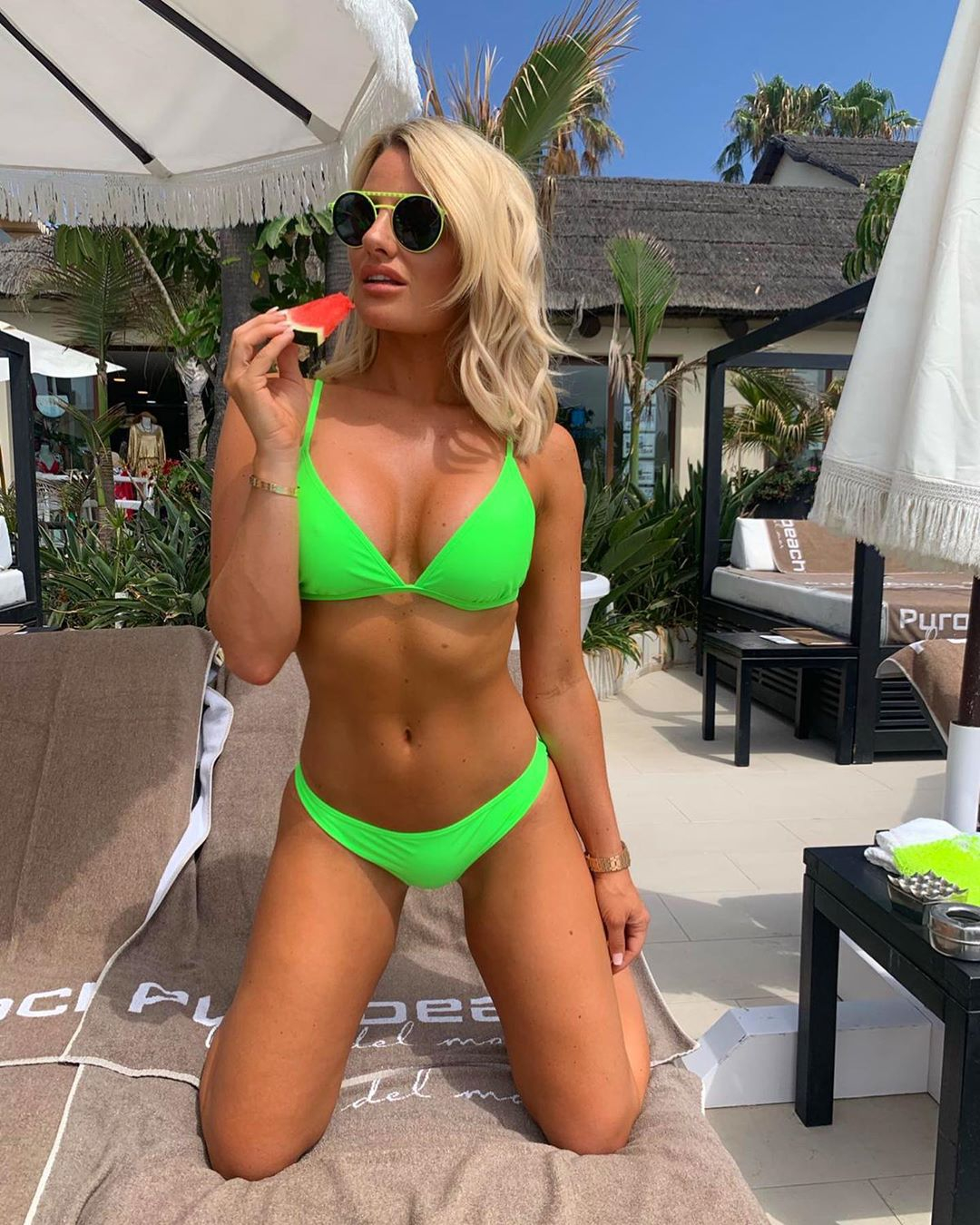 She claimed it was down to Herbalife, a nutrition brand that sells supplements, meal-replacement shakes made from soy and dairy proteins, energy bars, multivitamins and minerals tablets.

Some believe Herbalife to be far from healthy – linking them to a host of medical issues.

In 2004, Israel's Health Minister began an investigation into Herbalife's products after four people using them were found to have liver problems, with a Ministry of Health funded-study concluding a “causative relationship” between the two. 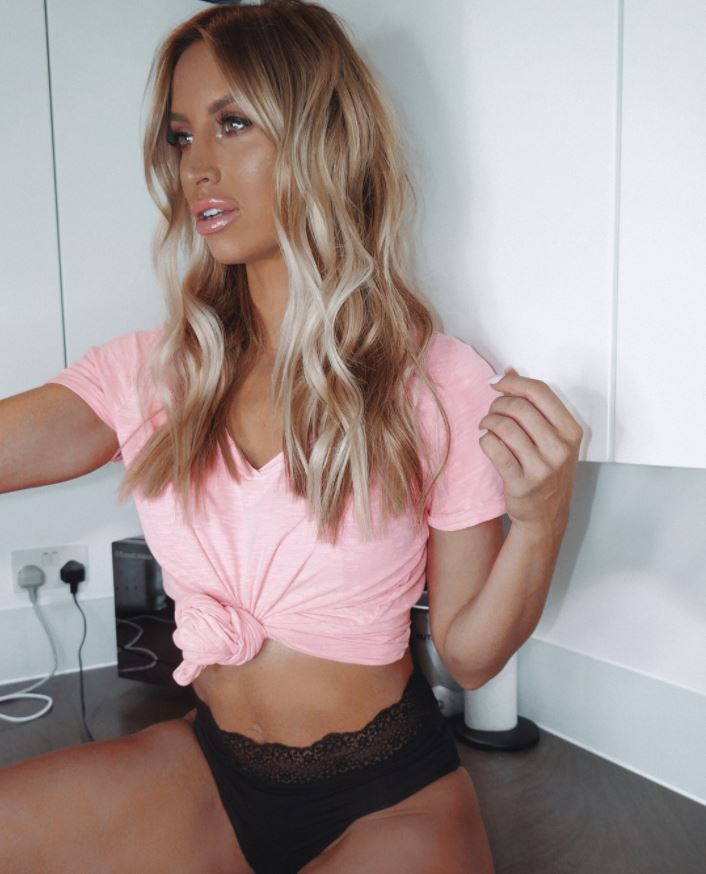 After the tests, Herbalife withdrew one product which was only marketed in Israel.

Then, in 2007 doctors at the University Hospital of Bern in Switzerland and the Liver Unit of the Hadassah-Hebrew University Medical Center in Israel found an association between consumption of Herbalife products and hepatitis.

However, a 2013 study published in the World Journal of Hepatology found there wasn't conclusive proof of a link between Herbalife products and blood or liver poisoning.

Several academic papers meanwhile, have focused on the possibility of a link between Herbalife and drug-induced liver injuries, although no definitive relationship has been established.