KATIE Price wrapped her legs around boyfriend Carl Woods as they enjoyed a dip in the sea in Maldives.

The reality star, 42, put on a loved-up display with her new man as they frolicked in the water. 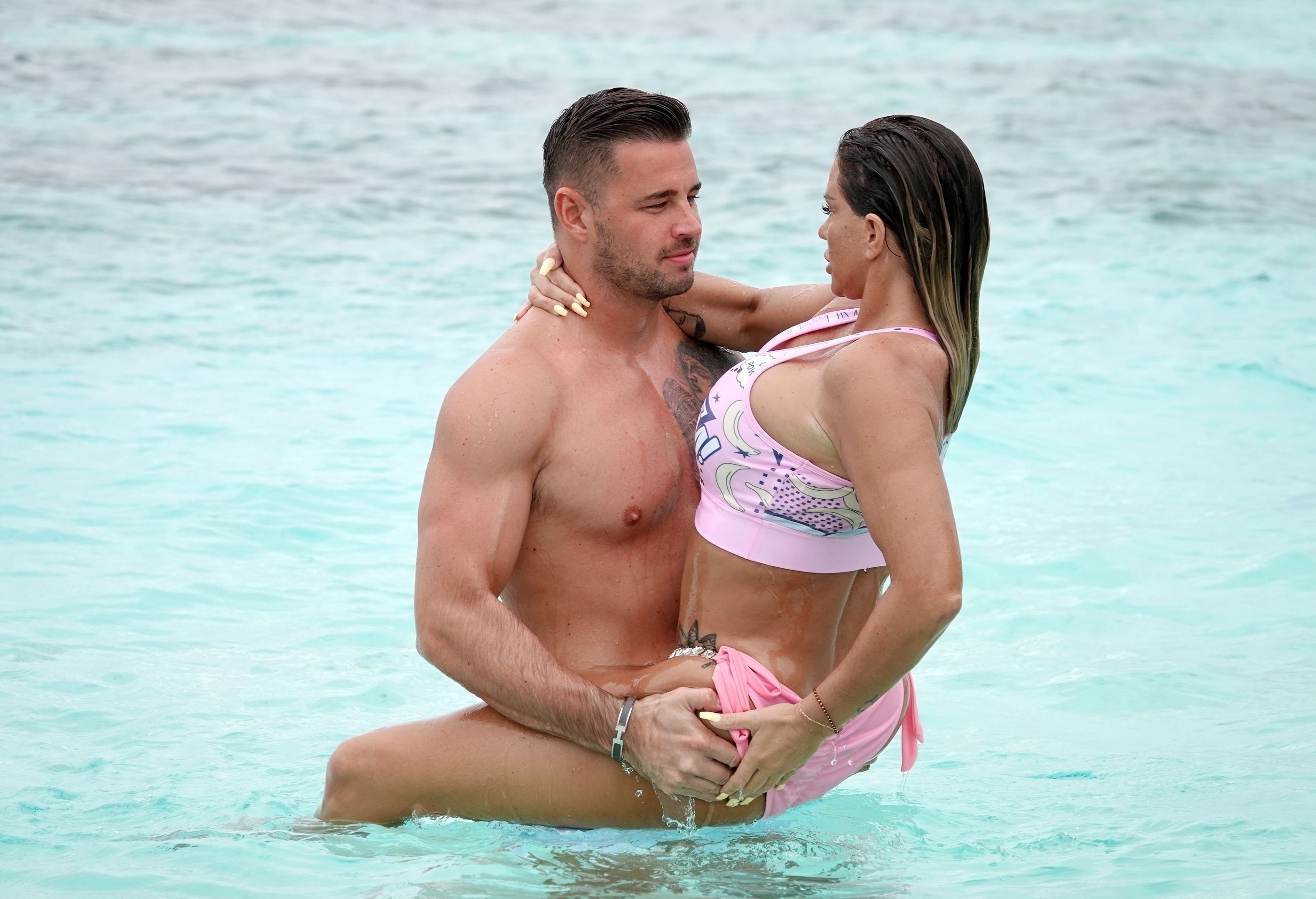 The pair couldn't keep their hands off each other as they splashed about and cuddled in the sea.

Katie and Carl also shared a sweet kiss as the former glamour model rested her feet on a sun lounger.

Katie, who broke both her feet in a freak accident at a waterpark while on holiday in Turkey during the summer, was taking no chances this time as her beau even treated her to a piggy back in the sea. 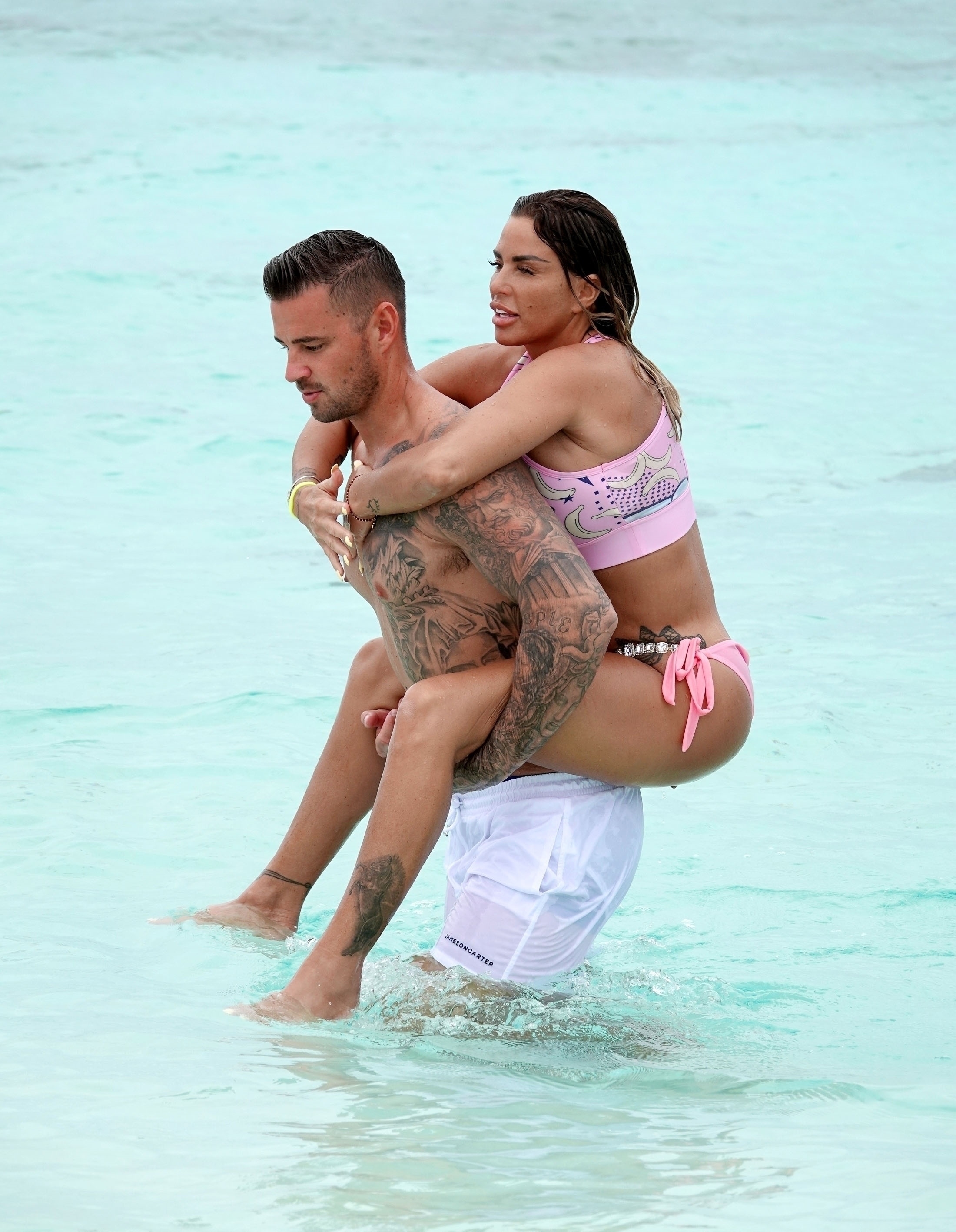 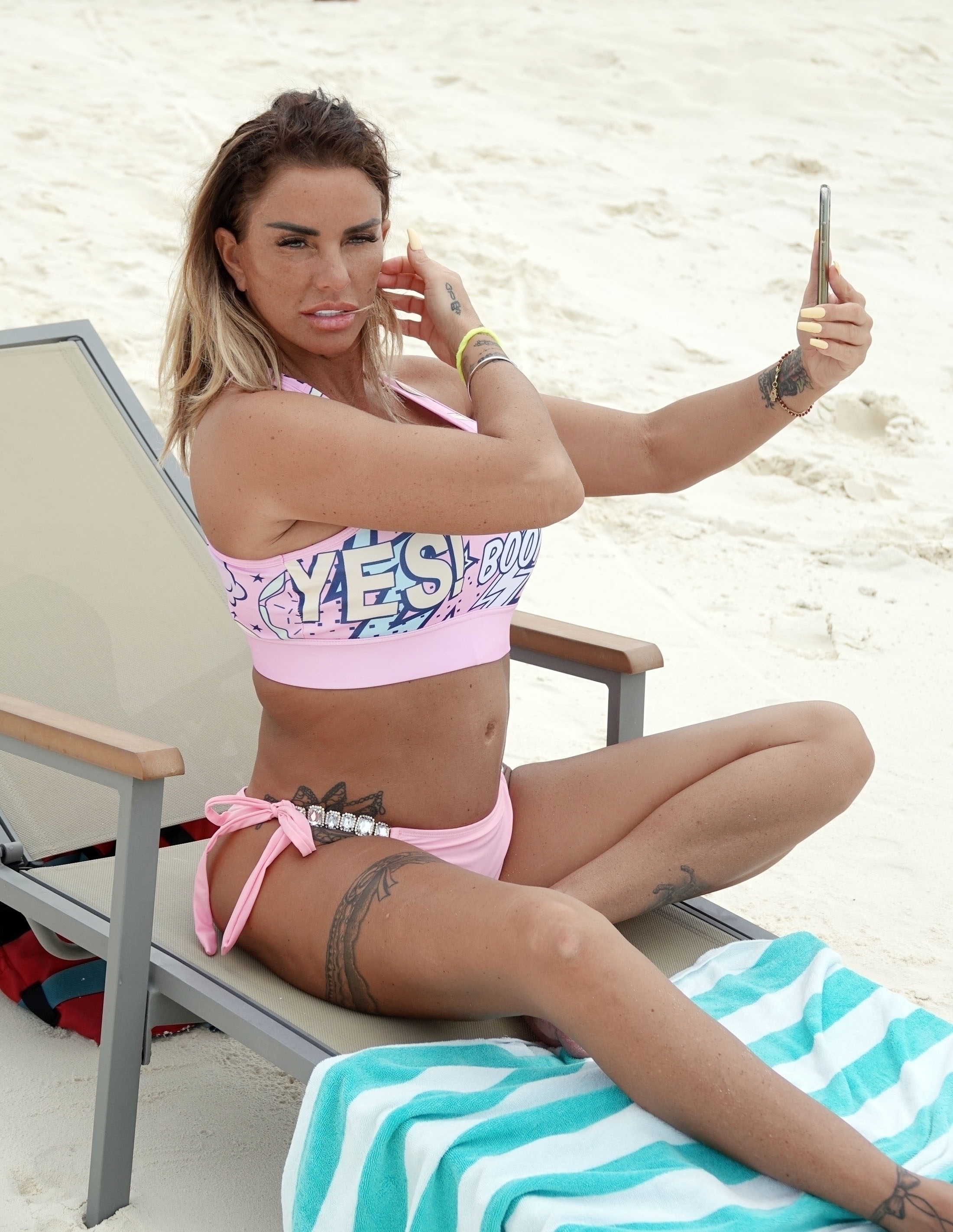 Her new sophisticated short hair neatly framed her face and she flashed a cute smile at her beau.

The new pictures come as the former glamour girl revealed she is trying for baby number six with her toyboy, 31.

The TV star looked like she was having the time of her life during her luxury break.

The couple have been enjoying a 5 star break in the posh Maldives. 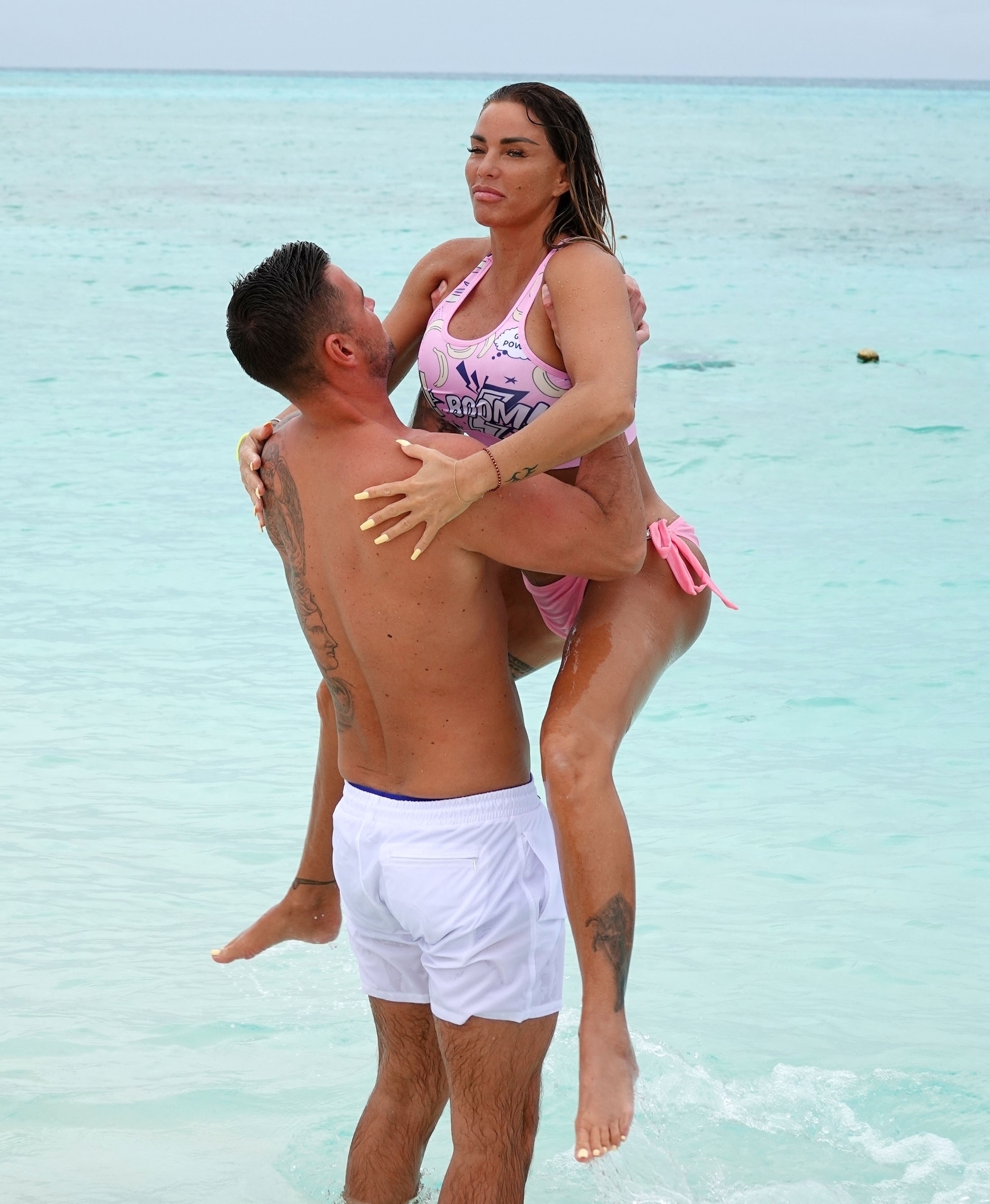 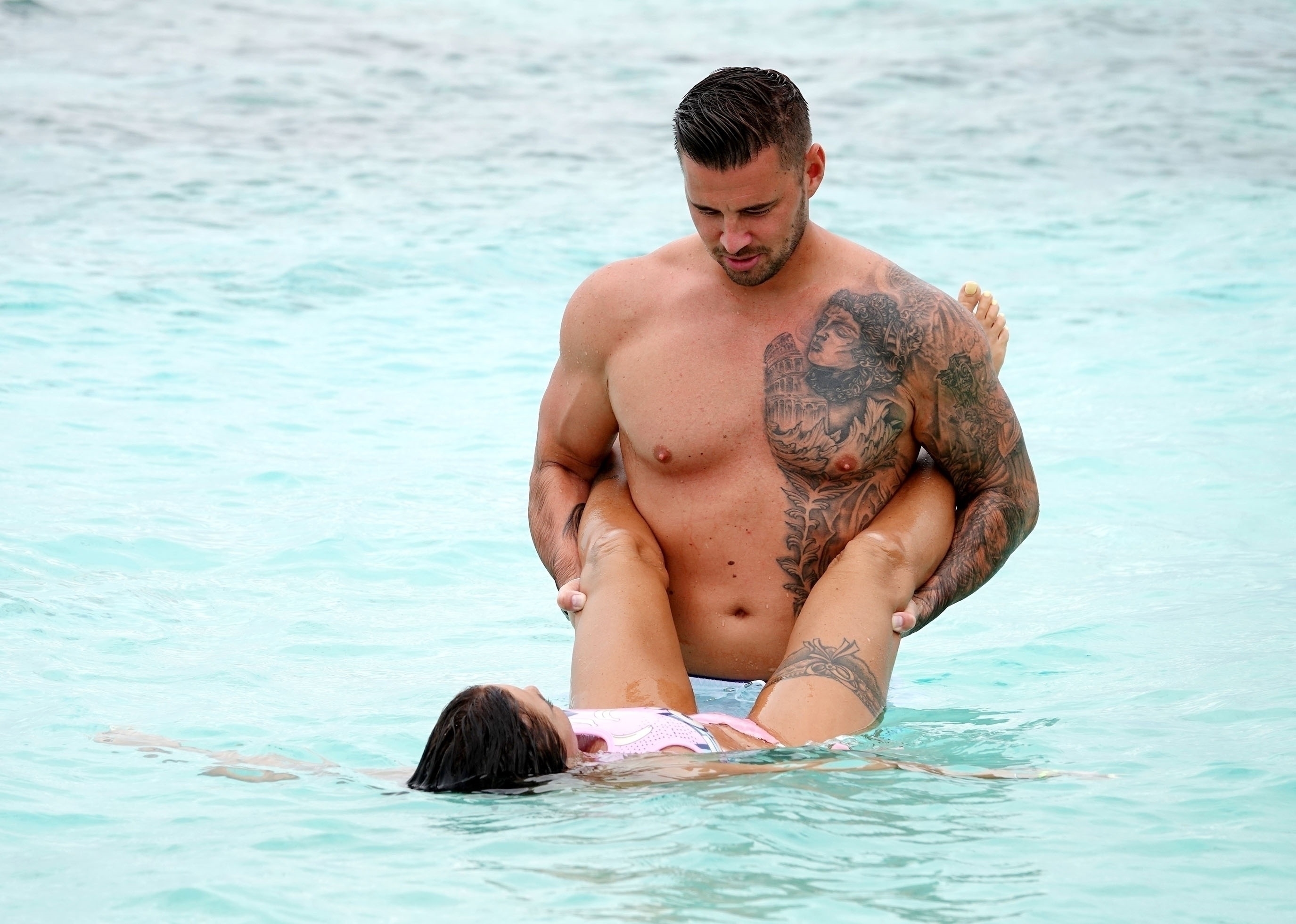 Whilst there, the star told pals she "can’t wait" to take a pregnancy test this week after trying for another baby with Carl.

Katie reckons she could be pregnant after going on a 'baby-making break' and will find out as soon as she's back in the UK.

The star ditched contraception and bought an ovulation kit last month as she and Carl revealed they were trying to add to her brood.

Now she's told pals they've been "at it like rabbits" during their luxury Maldives getaway. 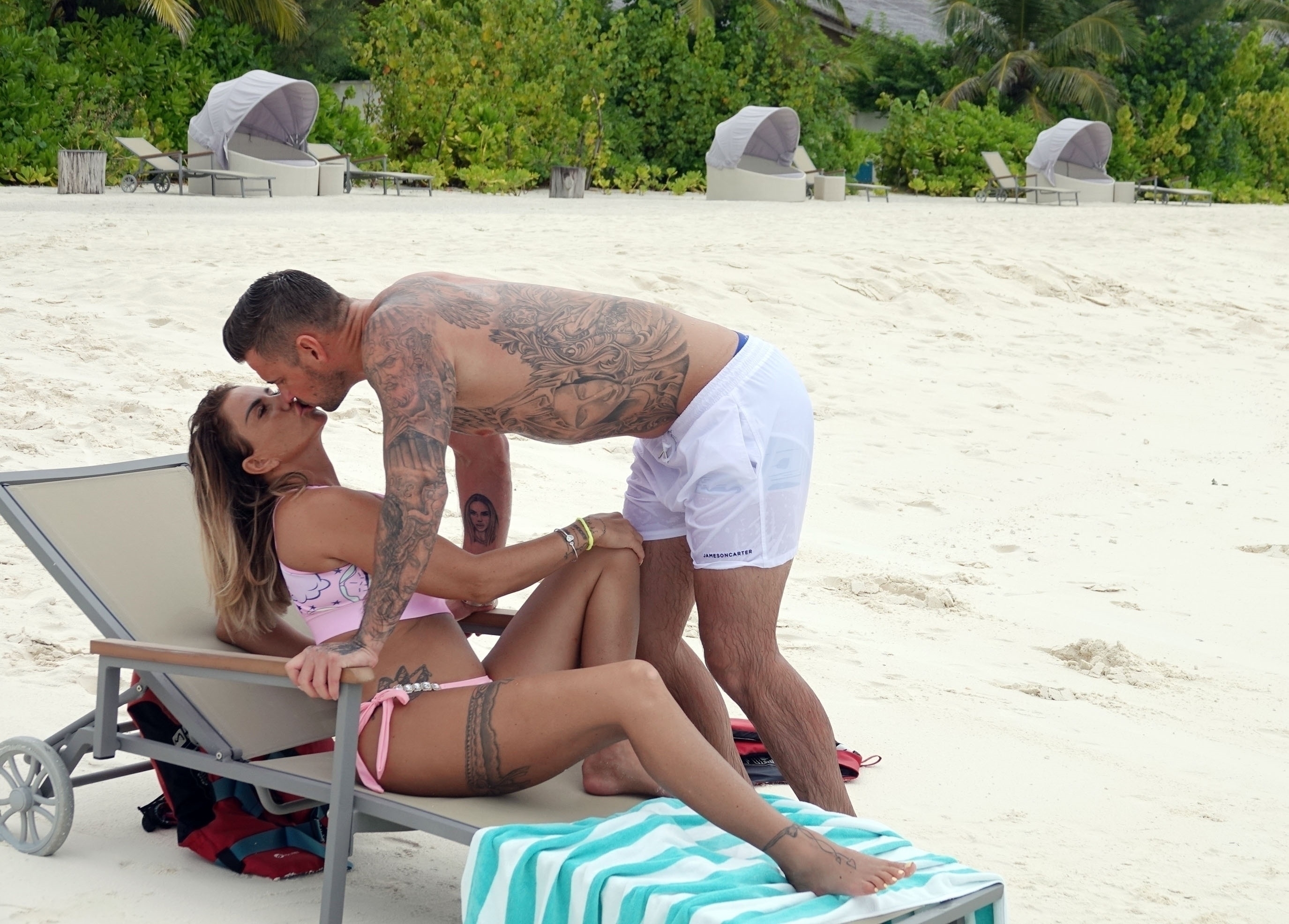 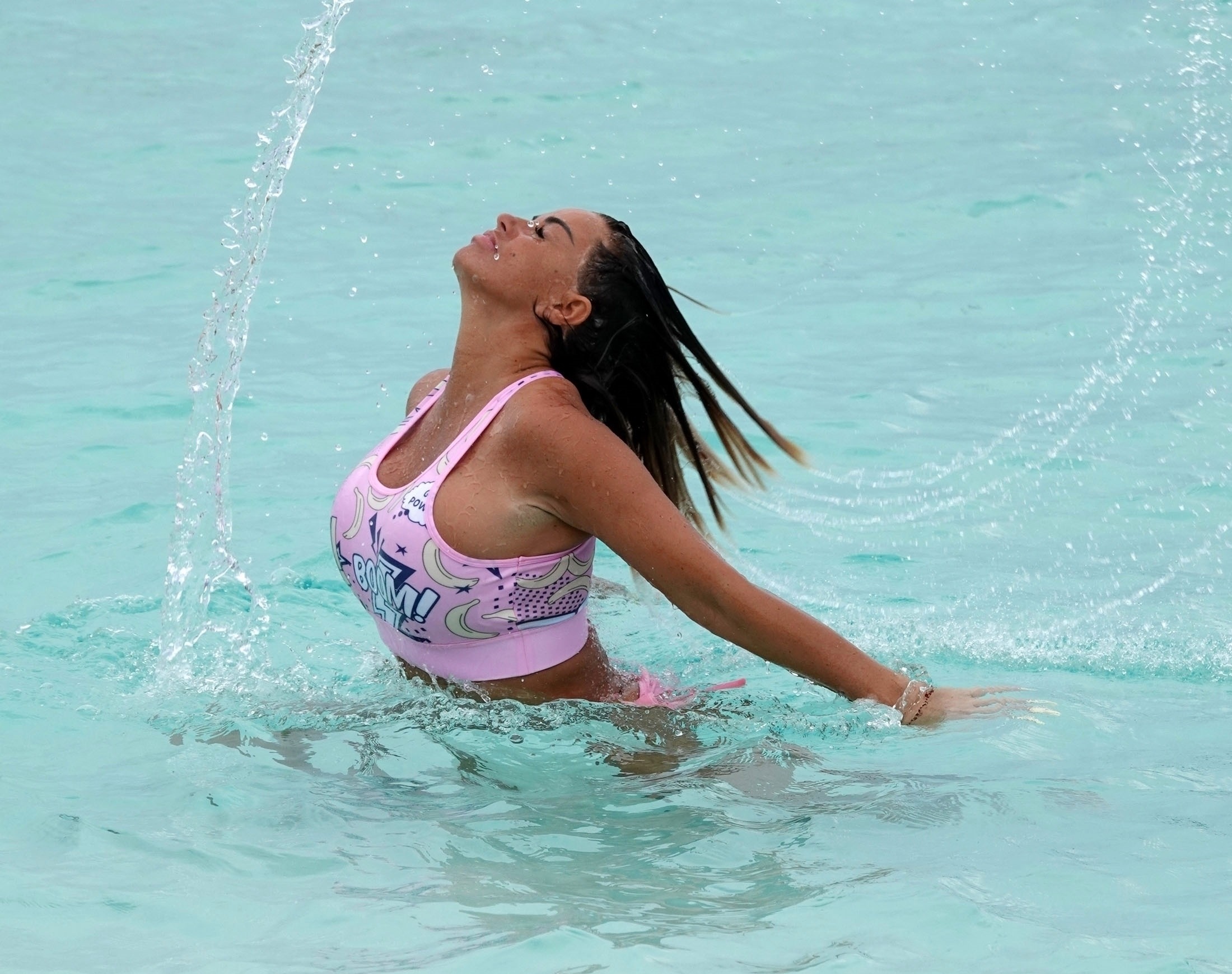 Sources close to the star told The Sun: "After almost three weeks in the Maldives she's convinced she's pregnant – they've had a really romantic holiday and haven't been able to keep their hands off each other.

"They've had the best time and have loved every minute together – Katie can't wait to take the test to see if she's going to be a mum again.

"She's been so happy and relaxed in the Maldives and hopes the stress-free environment has helped her to fall pregnant."

Katie is already mum to Harvey, 18, from her relationship with Dwight Yorke, Junior, 15, and Princess, 13, her children with Peter Andre, and Jett, seven, and Bunny, six, with Kieran Hayler. 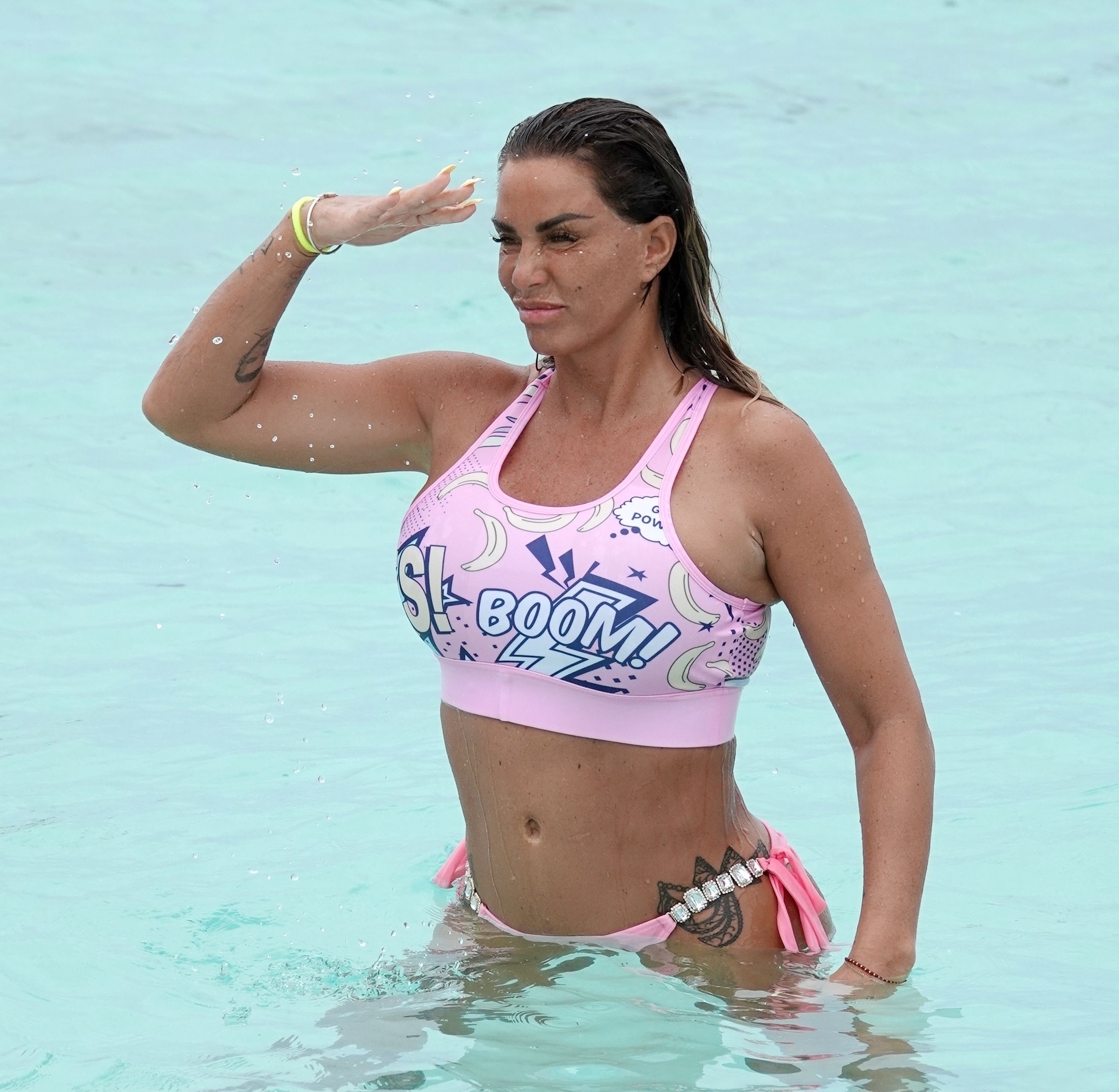 The model has been confined to a wheelchair since breaking both her feet during a nasty accident where she jumped off a wall at a theme park in Turkey.

But Katie and Carl's relationship has been moving at super speed, with the loved-up pair even tipped to marry before the year is out.

Katie is even beginning to style herself 'Katie Woods' after moving in permanently with Carl.