AMERICAN Idol judge Katy Perry stepped out with her baby daughter Daisy today as she ditched her talent-show glamour.

The star was spotted dressed in low-key attire with her seven-month-old in Montecito. 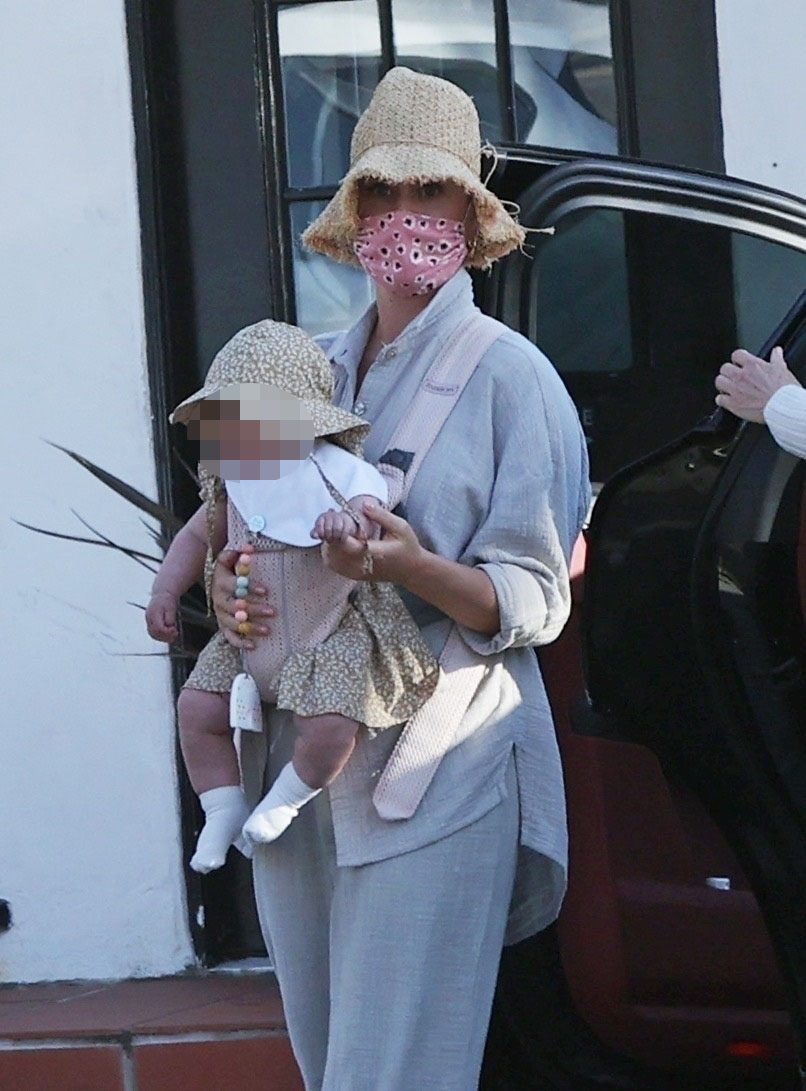 Katy, 36, wore an oversized linen shirt and pants that kept her cool in the Spring Break heat, with her adorable mini-me strapped to her chest.

She teamed the neutral two-piece outfit with a straw bucket hat and pink face mask.

The pop singer's offspring looked super cute in a matching beige and white dress and hat, with a tiny pair of socks on her feet.

Daisy Dove was wide awake and her doting mom held onto her hands as they jumped out of their car with a friend. 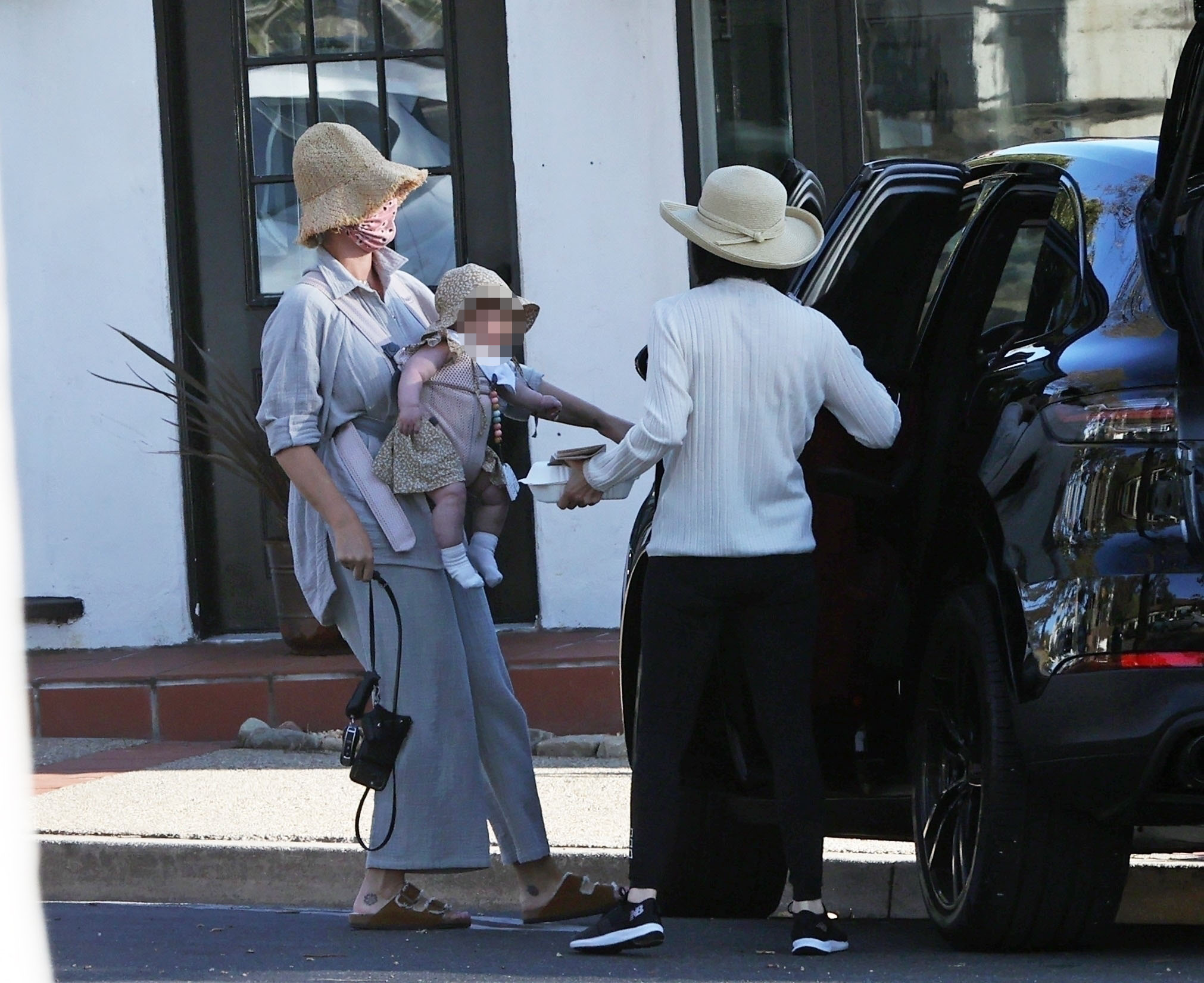 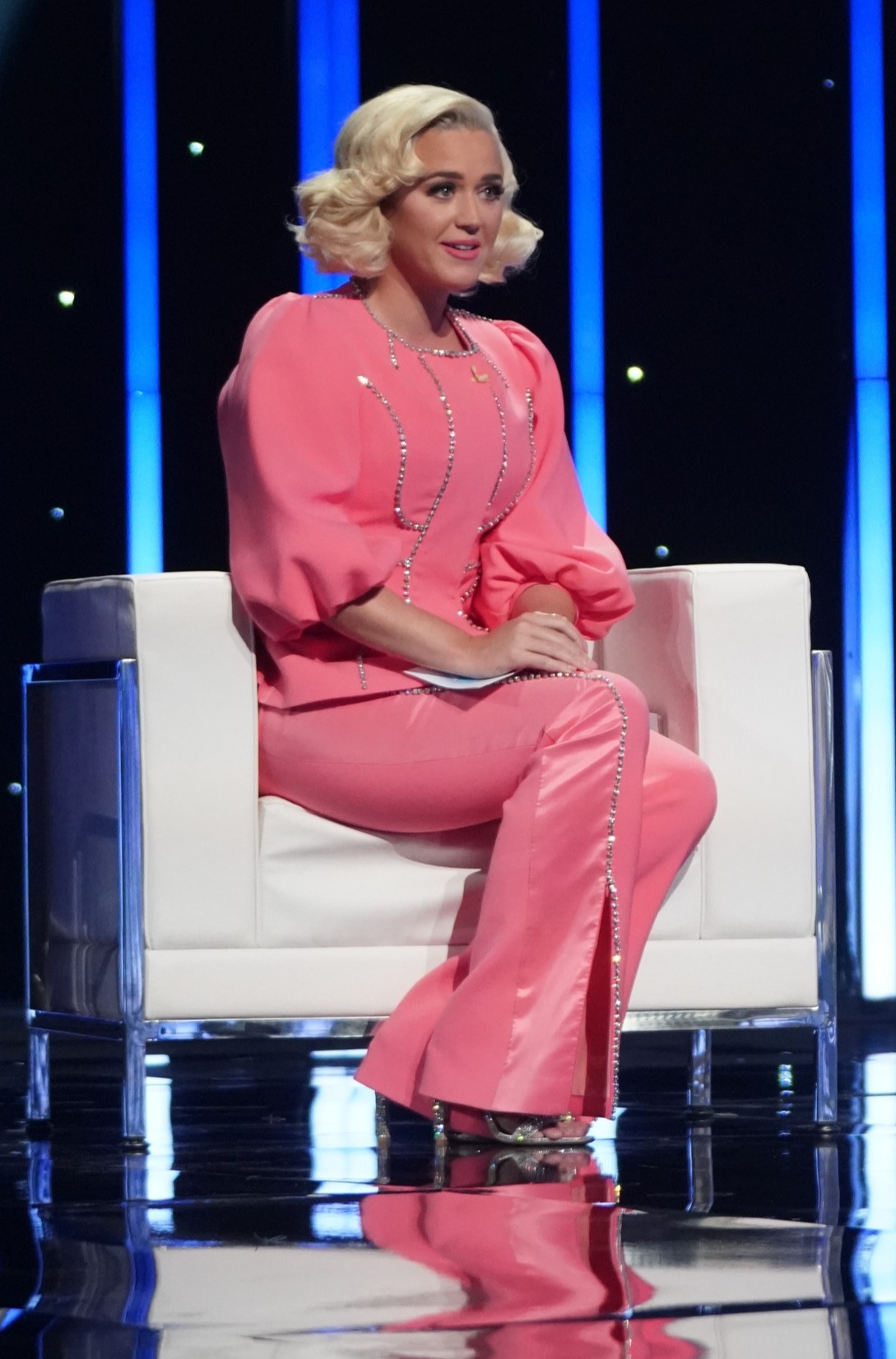 Katy welcomed her first child with Brit actor Orlando Bloom back in August 2020.

The celeb recently admitted to having new mom struggles, as she forgot to wear deodorant to film American Idol.

She shared insight on her life as a new parent during a "mom-tage" on the show last month.

Katy told her fellow judges Lionel Richie and Luke Bryan: "You know how it goes. 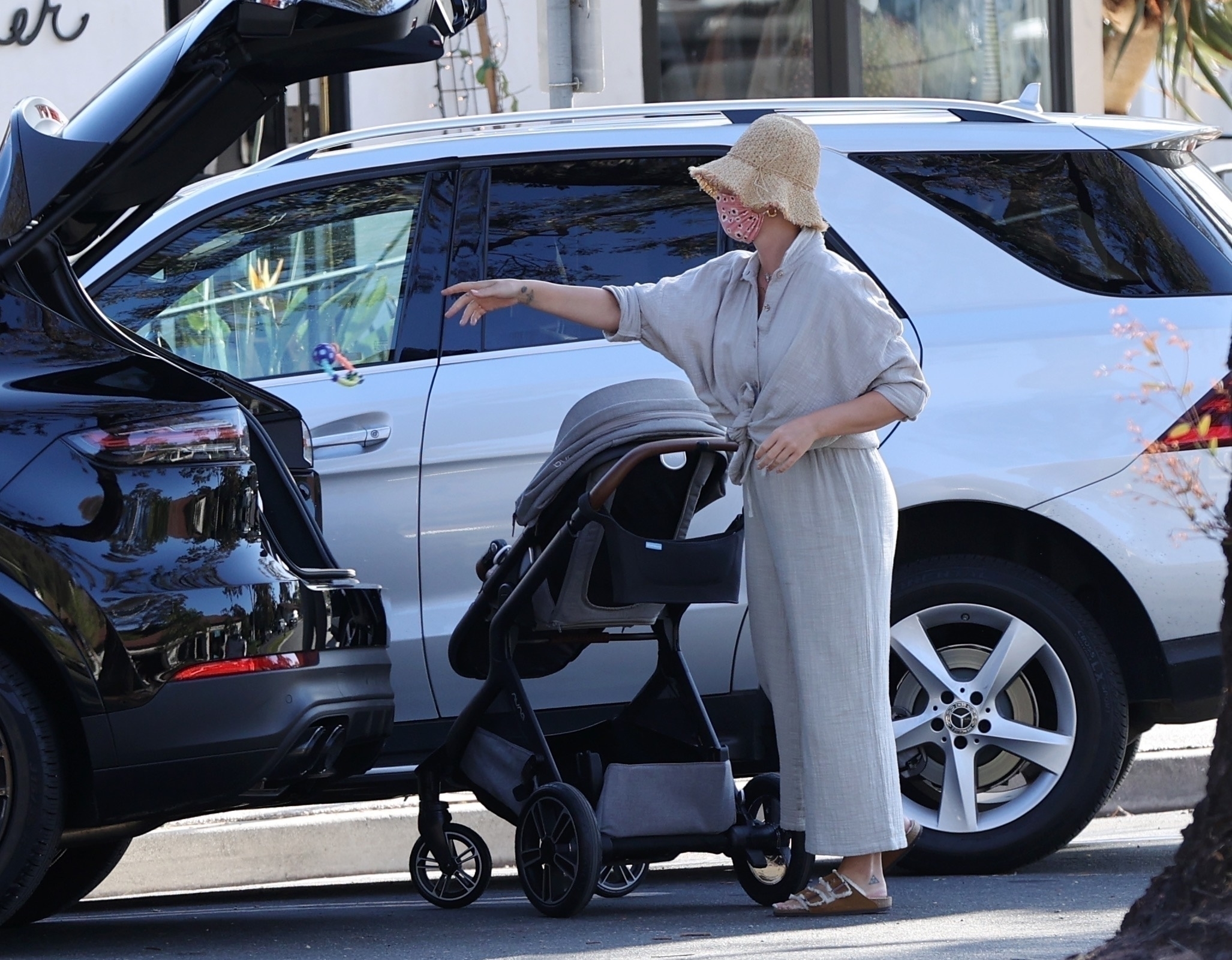 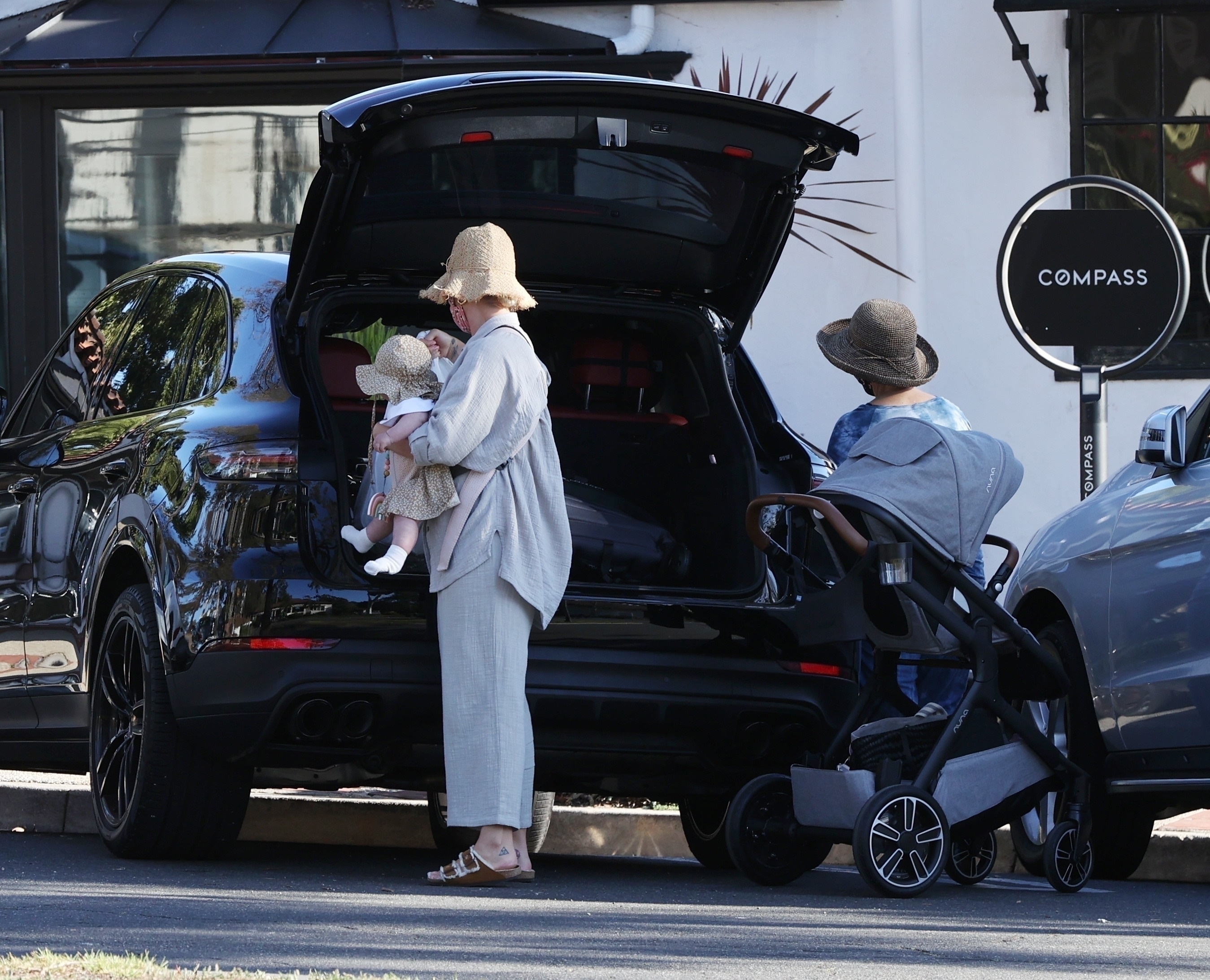 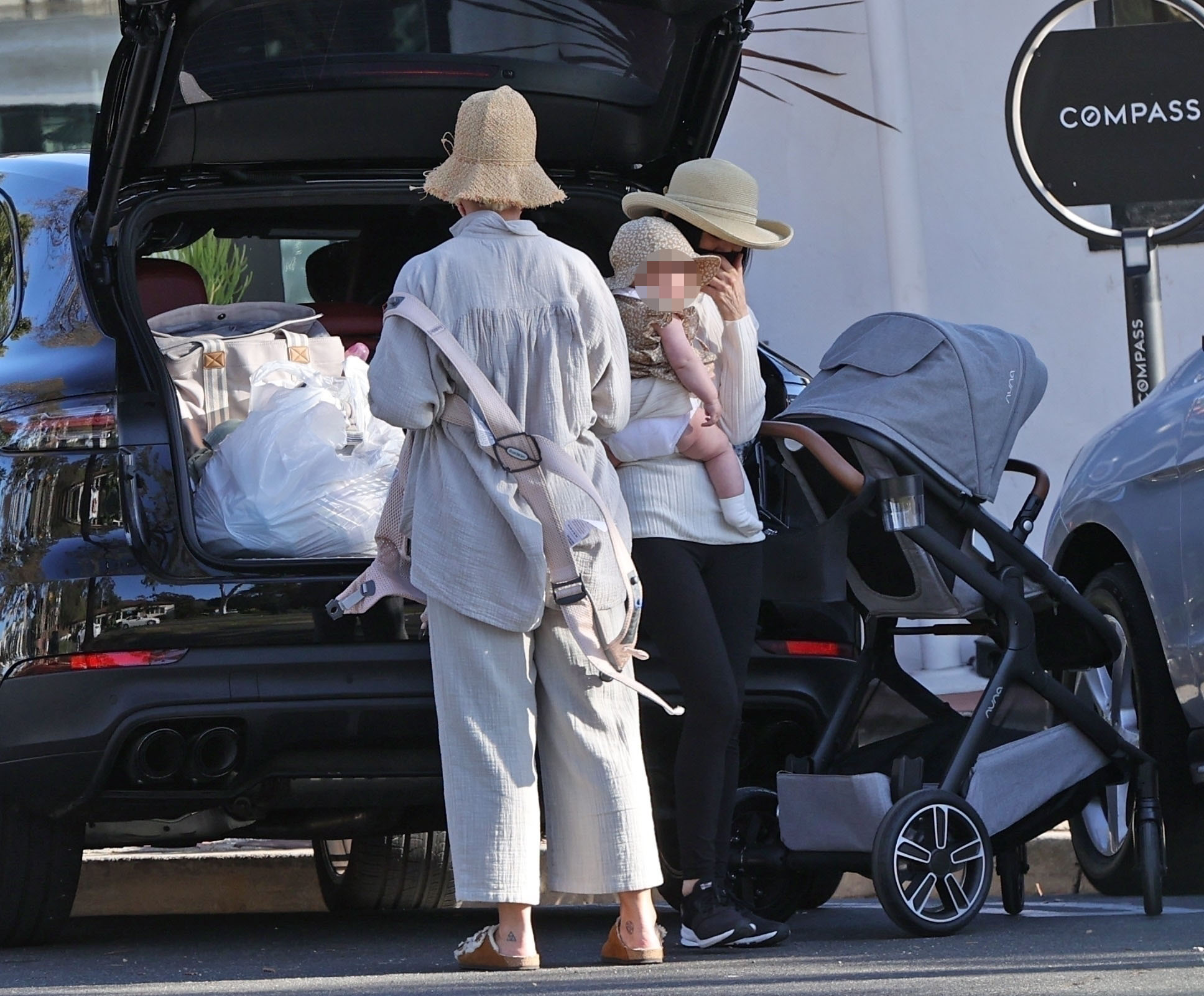 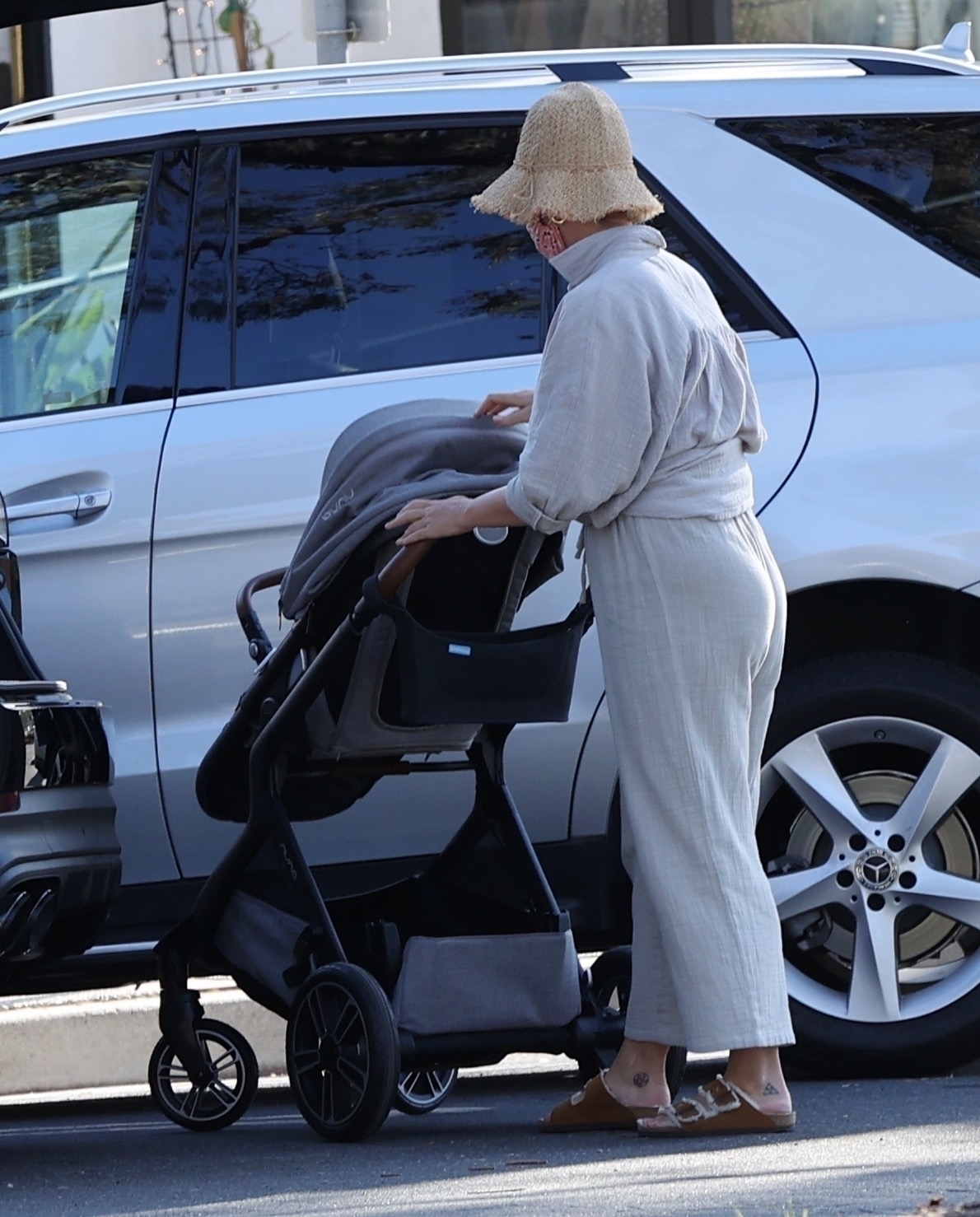 "All the moms that are watching right now, you know exactly how it goes.

"While I was pregnant I was sharp as a tack and now I'm like weeee! I feel like I'm a little drunk, that's where I'm at!"

The star has also shared hilarious photos and videos of her body post-baby, including a snap of her in just her Spanx underwear while preparing to pump milk.

"What? You mean you don’t lose the belly as soon as the baby is born??? – nope! You don’t," she insured the public.

But that's not all, as honest Katy also spoke out about the first six weeks after giving birth, confessing that the time was "a roller coaster".

She revealed: "I had my fifth album coming out… You know, every other album cycle, there'd be some kind of celebration or party or dinner, whatever.

"This time I was giving birth to the greatest gift of all for me, and then my album came out the next day, and I was in the hospital, and I could not wipe my own butt.

"Having a baby is exhausting, you have to fit that in around everything else that you’re doing".