LADY Gaga suffered a wardrobe malfunction as she stepped out in a thigh-slit gown in blustery New York City on Monday.

The actress, 35, flashed her nude underwear when her black dress flew up as she left a taping of The Late Show with Stephen Colbert. 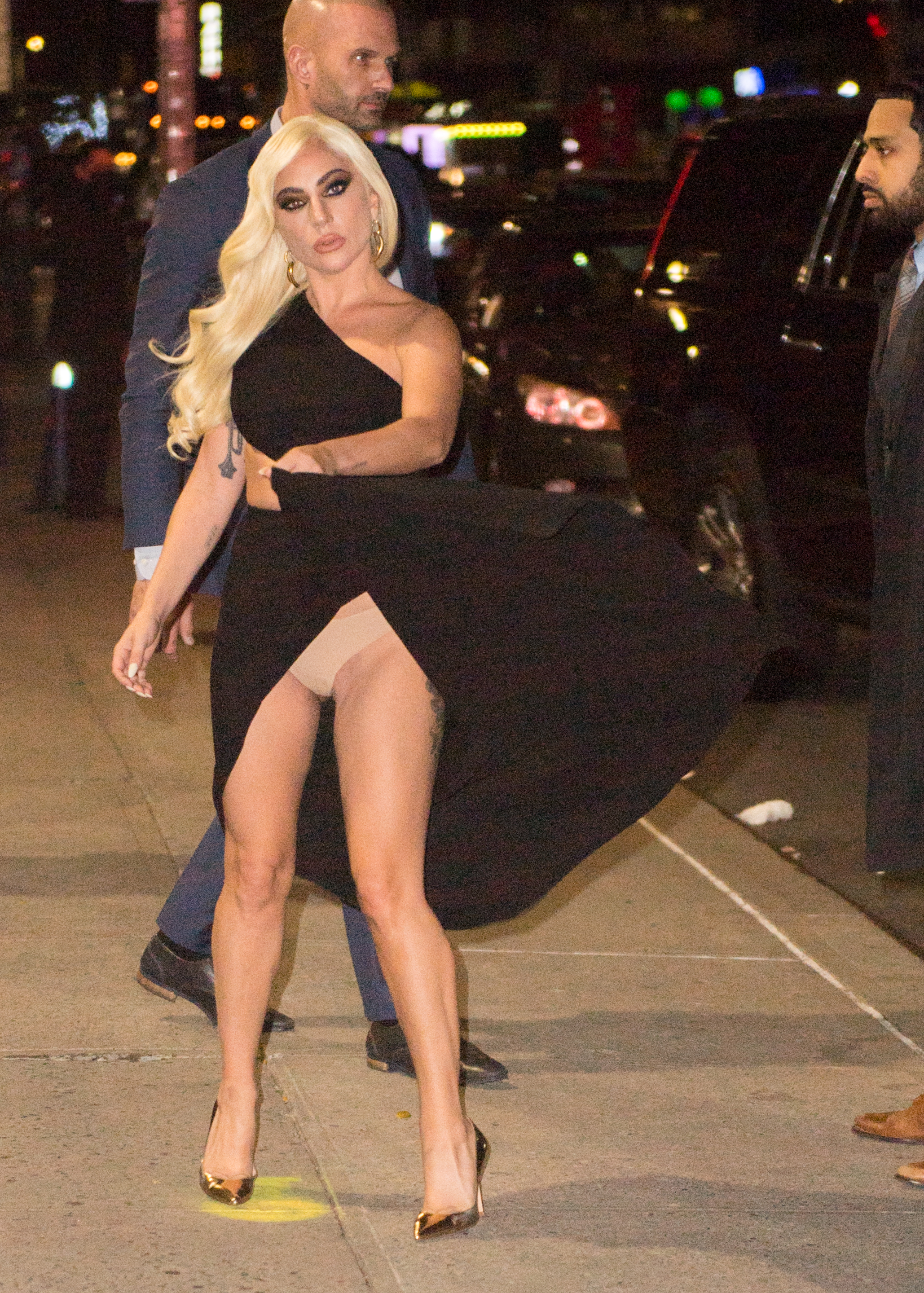 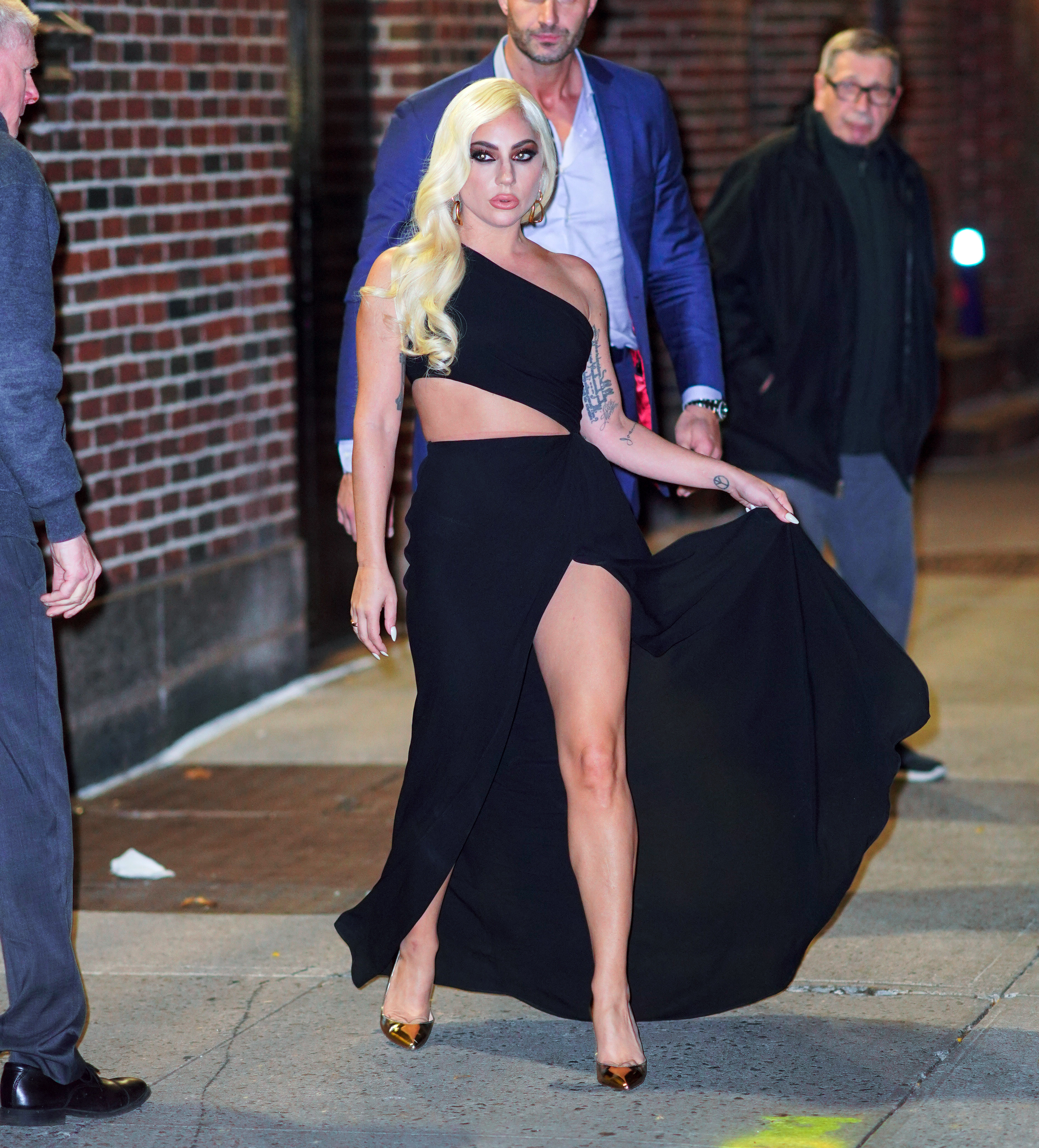 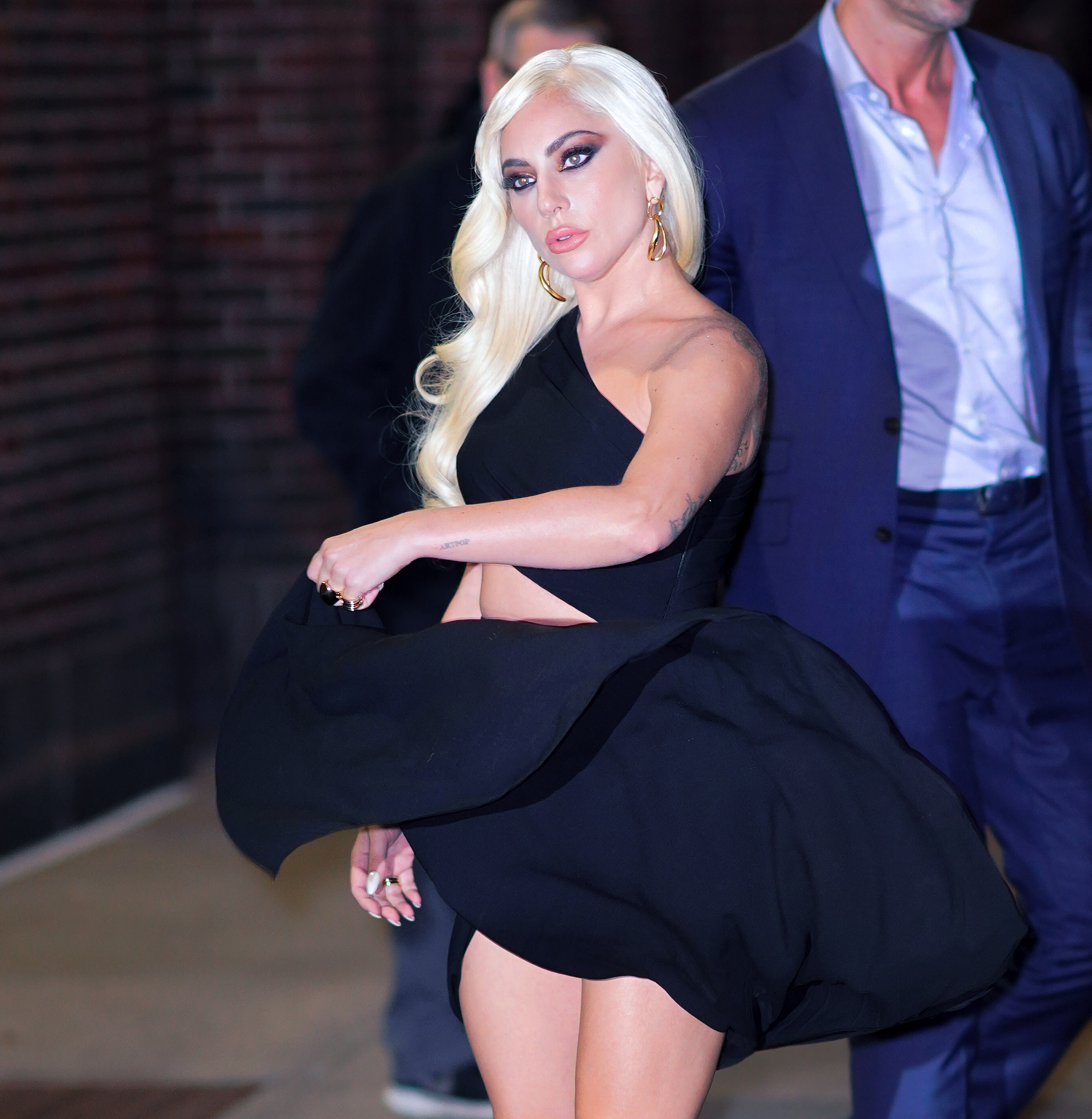 Gaga stunned in the one-shouldered gown as she left the NBC studios, and posed with the skirt pulled to the side to show off her legs.

While sweeping the skirt asidee, the A Star Is Born actress flashed more than she intended when a gust of wind blew the dress up.

Gaga remained composed amid the blunder, simply flattening the dress and continuing to pose sultrily.

She appeared on Stephen Colbert's show as part of the promotional tour of her hotly-anticipated new movie, House Of Gucci.

The Grammy winner kicked off the publicity trail in the UK, before heading to Milan and then jetting to New York.

Following their 1991 divorce, Patrizia was tried and convicted of hiring a hitman to murder Maurizio in 1995 after he allegedly left her for a younger woman.

Nicknamed The Black Widow, Patrizia served 18 years in prison but was released in 2016.

Gaga stars alongside Al Pacino, 81, Adam Driver, 37, and Jeremy Irons, 73 in the movie, which is set for release on November 26.

Fans went wild when the House Of Gucci trailer dropped in July and predicted that Gaga could nab an Oscar for her portrayal of the complex character.

“I don’t consider myself to be a particularly ethical person, but I am fair,” Gaga says as Patrizia in the teaser.

The Rain On Me songstress also rocks a series of fashionable ensembles throughout the clip.

“Lady Gaga handles her character so f**king gooooood. Her second Oscar is coming,” one fan tweeted.

Another demanded: “Give Lady Gaga the Oscar right now.”

“This is literally the peak of the entire cinema history,” a third fan exclaimed.

Gaga won the Best Original Song for Shallow in A Star Is Born at the Academy Awards in 2019 and was also nominated for Best Actress. 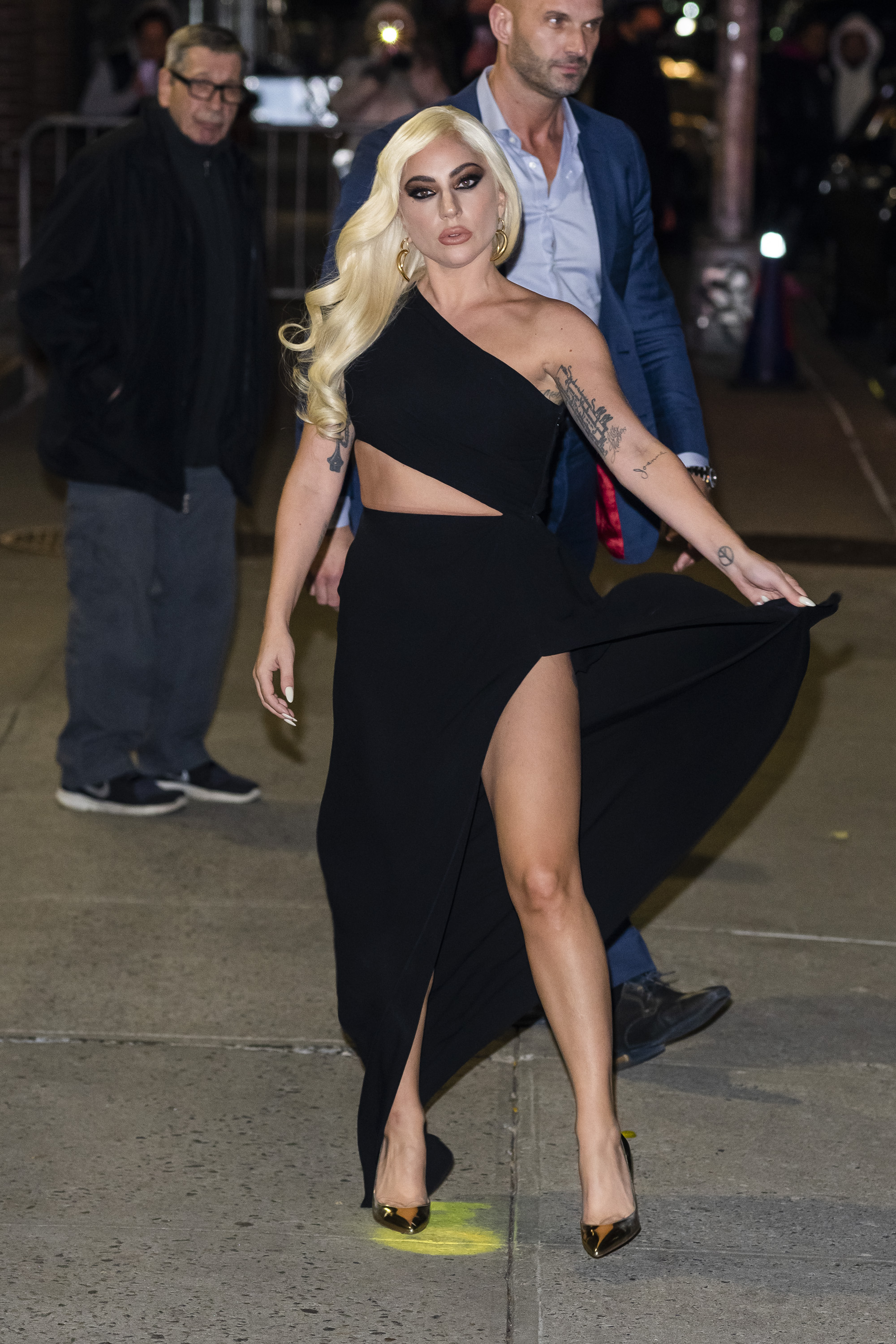 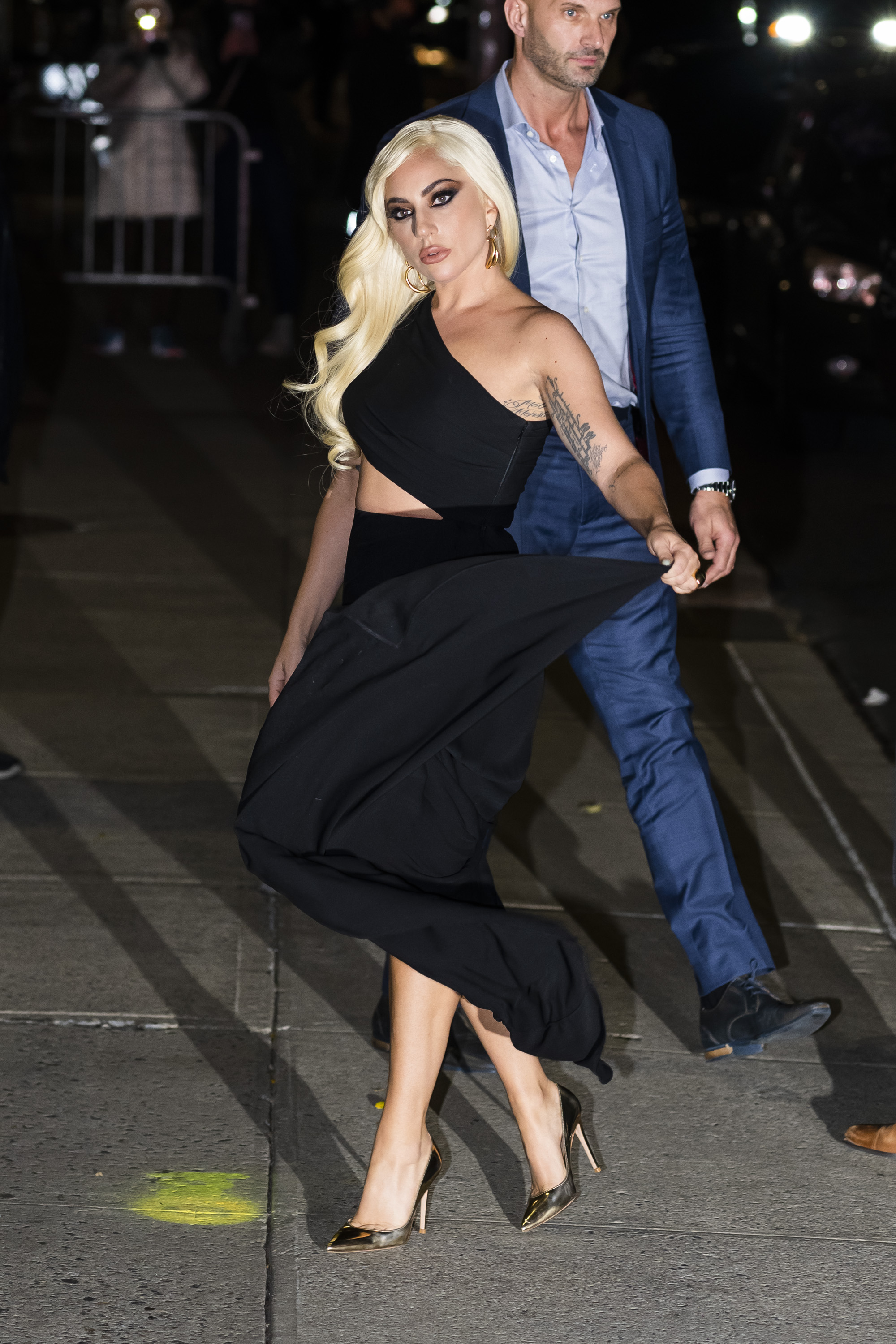 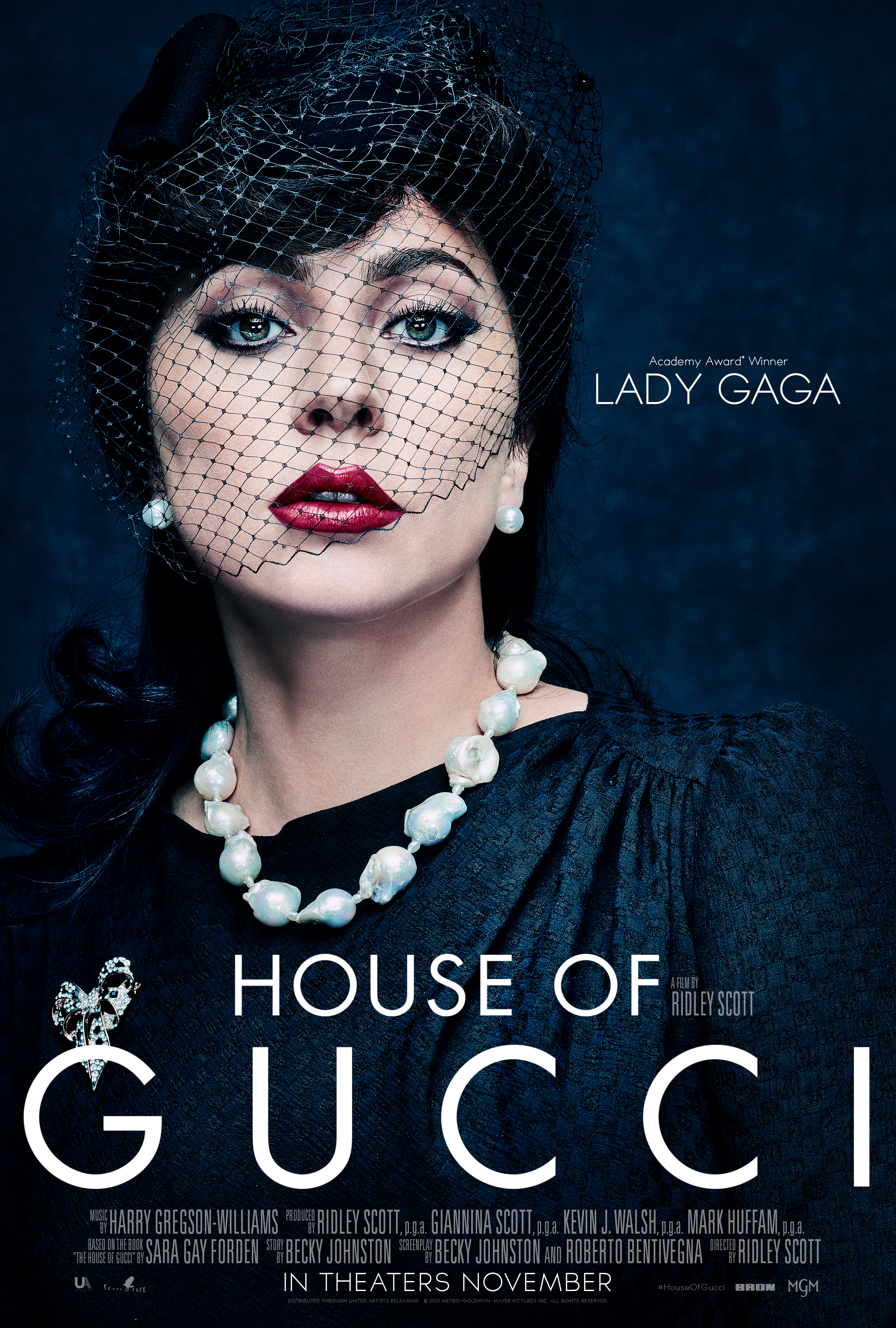 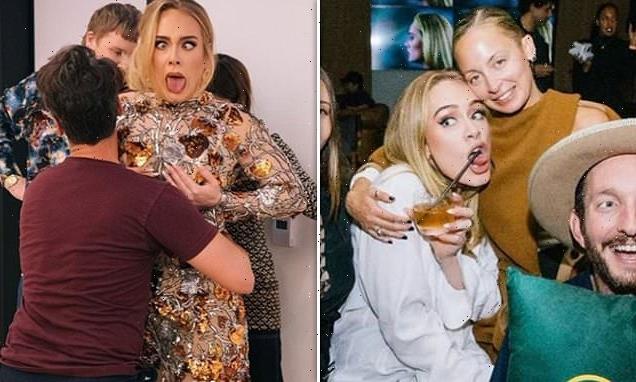