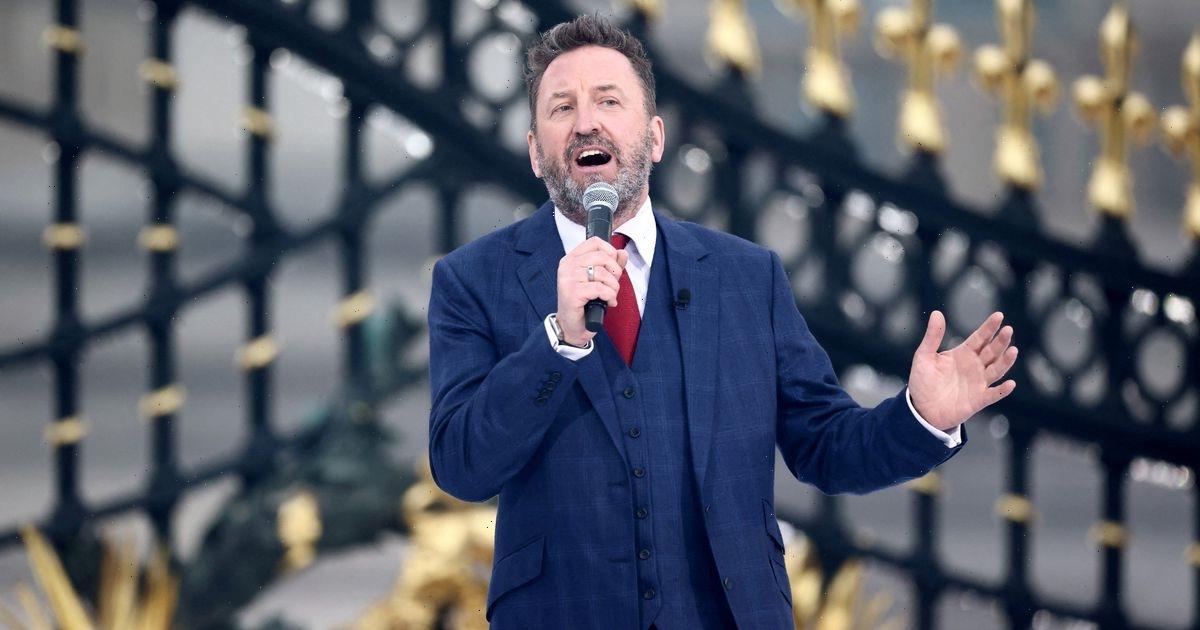 Lee Mack shocked the nation when he took a stab at prime minister Boris Johnson at the Party at the Palace celebrations – whilst the politician was sat in the crowd.

Mack took to the stage at the event, which marked Queen Elizabeth’s 70 years on the throne, and welcomed the audience to the “party of a lifetime”.

He admitted he was lucky to perform and watch live music and acts so close to Buckingham Palace’s gates, which led him into his joke.

Lee exclaimed: “Finally, we can say the words ‘party’ and ‘gate’ and it's a positive,” which left the audience in stitches.

The comedian was referring to the recent partygate scandal that highlighted the politicians that broke the lockdown rules and laws they themselves put in place during the Covid-19 pandemic. Boris Johnson was also heckled as he arrived at the event with his wife Carrie.

The pair took their seats and members of the audience heckled the politician as he made his way to their reserved spot.

They were also booed when they arrived at St Paul’s Cathedral for the Platinum Thanksgiving Service.

Stephen Fry also gave his own dig at the politician: “How many local sewage works has our Majesty opened with a bright smile? How many plaques unveiled? How many trees planted, ribbons cut, ships launched? How many prime ministers tolerated? For that alone no admiration is high enough.”

Once again, the audience were left in tears at a jibe directed toward the British government.

Alongside Lee and Stephen, a whole host of famous faces joined the lineup over the Platinum Party weekend.

Rod Stewart, Ed Sheeran and Diana Ross performed to the thousands of people that lined the streets and filled The Mall outside Buckingham Palace.

The 360 stage saw Ross perform her first UK concert in 15 years, a momentous occasion for such a milestone anniversary.

Diana took to Instagram to share the news: “I am honoured to perform for Her Majesty the Queen once again and I am so excited to be returning to the UK after so long. I cannot wait to meet and reconnect with all my family, friends and fans there to share the love.”