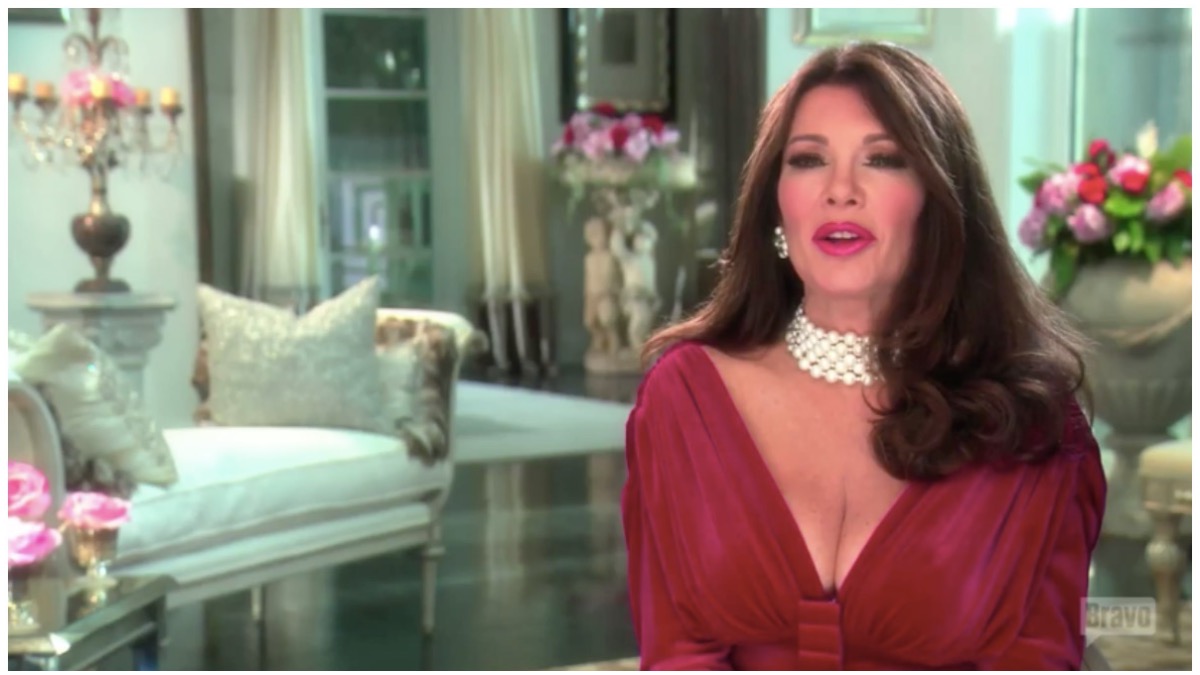 Former Real Housewives of Beverly Hills star Lisa Vanderpump talked about sex and prostates on her podcast All Things Vanderpump with Dr. Drew Pinsky this week.

Lisa and Dr. Drew were talking about healthy sexual relationships when he noted that he has a healthy sex life.

Dr. Drew said that after nearly 40 years of marriage, he and his wife are having sex two to three times per week.

“Oh my god! You’re up there,” Lisa exclaimed.

“Two or three times a week, Dr. Drew, having sex. Woah! Good for you,” she added.

“I’m into whatever my partner is into,” he said.

Lisa agreed that her husband, Ken Vanderpump, also wanted to please his partner.

“Well, yeah. I mean like, Ken’s into making me happy. So, yeah, exactly. If I wanted to swing from that chandelier, he’d probably go for it,” Lisa joked.

Dr. Drew said that he doesn’t push too far outside of the boundaries. Lisa said that she isn’t into anything too bizarre or where people could get hurt.

After Dr. Drew mentioned that he is a prostate cancer patient, the conversation turned to prostate stimulation.

“When a man wants to have some prostate stimulation,” Lisa asked carefully, “does that, because..it..does that..kind of maybe..you think that..a straight man..might want that sexually?”

“Yeah, they do,” replied Dr. Drew. “It can be a straight guy. It has nothing to do with sexual orientation.”

“But does he want to be penetrated? Because I was having this argument at a dinner party recently,” said Lisa.

Dr. Drew began to answer the question and said, “In my experience…”

“I’m not into it, but in talking to guys that do, they’re usually hyper-masculine males,” said Dr. Drew.

“Thank God Ken hasn’t asked me for that either,” Lisa said.

Lisa was 16 when she lost her virginity

Dr. Drew answered more questions from listeners and one asked about the first time he’d had sex. The good doctor said that his first time was when he was 16.

Lisa asked Dr. Drew how his first time was.

“It wasn’t that great?” asked Lisa.

“Probably was all over before you took your trousers down,” Lisa interrupted.

Lisa said she was also 16 when she lost her virginity and that she made her boyfriend wear two condoms.

After the conversation moved on to sex and pregnancy, Lisa noted that she’d had sex through her entire pregnancy.

The Real Housewives of Beverly Hills is currently on hiatus at Bravo.