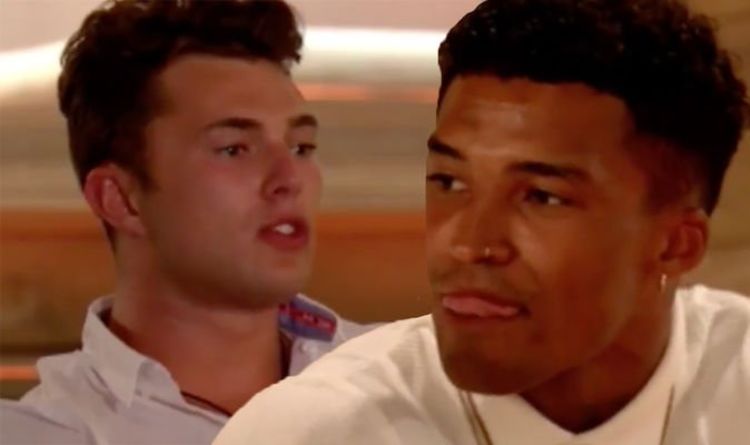 Tonight’s edition of Love Island will see connections withering and tempers fraying as all the couples are testing following the return of Casa Amor.

But perhaps the most surprising twist is Michael Griffiths, who quickly admits he’s unsure of his feelings and the strength of his relationship with Amber Gill when he’s plunged into a new environment with the latest bombshells.

In the first look clip of ITV2’s latest instalment, the Liverpudlian firefighter, 27, can be seen getting restless on the garden’s day bed, wondering if he should share with Joanna Chimonides.

Yet as he weighs up the decision, Curtis, who is right next door on a fellow daybed with close friend Tommy Fury, is so startled by Michael’s flippant behaviour he can’t resist telling him off.

With the camera panned out from the group, Michael can be heard saying: “Am I being stupid? F**k.”

And then declaring: “No, get in the bed!”

As the time cuts to a bit later on, Michael is then attempting to explain his behaviour to Curtis.

“I wasn’t gonna do anything,” he says feebly.

“No I know, but I’m feeling…” Curtis tries carefully at first.

“We can chat,” Michael chimes in once more, leaving Curtis frustrated. 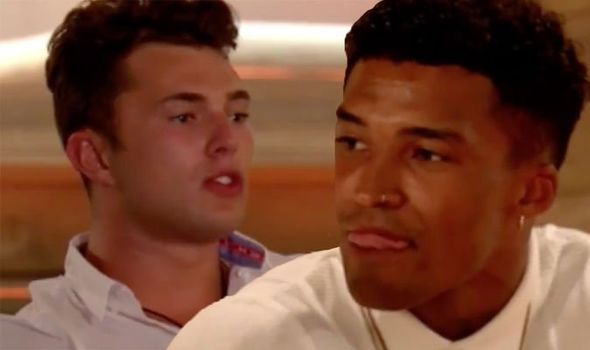 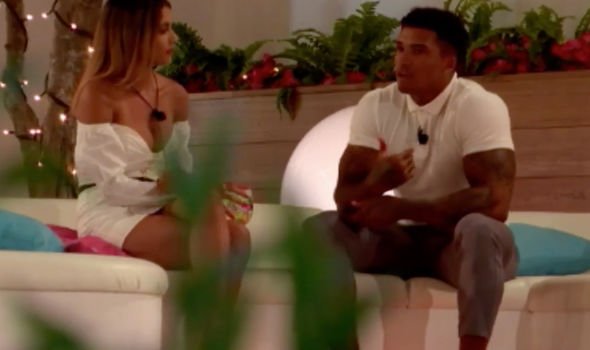 It’s pushing it a bit on the first night mate

“Yeah you can chat but, I mean I think it’s pushing it a bit on the first night mate,” he warns.

“Just for respect out of Amber.”

Michael is left simply smiling at the camera, clearly not affected by Curtis’ scolding comments.

Will the islander betray his original beau Amber in favour of an exciting new relationship?

Sharing his thoughts in the beach hut, Michael said: “Is it worth the potential headache of sharing a bed with Joanna if there’s nothing actually there?

“Or if I don’t share a bed with Joanna and there is something there then am I just shooting myself in the foot?” 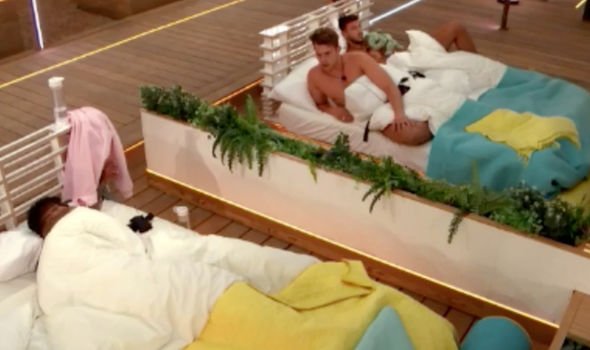 Michael and Joanna also have an initial conversation about where his head lies, and it’s clear there’s uncertainty.

“I just wanted to pull you aside because you are my type and obviously I wanted to get to know where you’re at,” she says. “You’re coupled up with Amber. How are things going?”

“Things are going well,” Michael answers initially. “I wouldn’t really say we’ve had our ups and downs. We’ve had a little blip.

“It’s certain things that have gone on that I think is quite childish. Are they things that I would probably put up with outside? Probably not as much as I am in here.

“She’s quite straight with everything but at the same time she’s not straight with me sometimes and that can be quite frustrating.”

“If somebody comes in that’s genuinely better suited to me than Amber is, then it’s one of those things,” Michael adds. 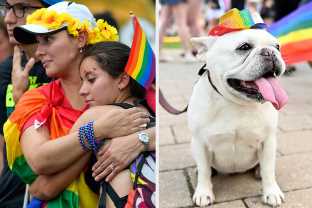 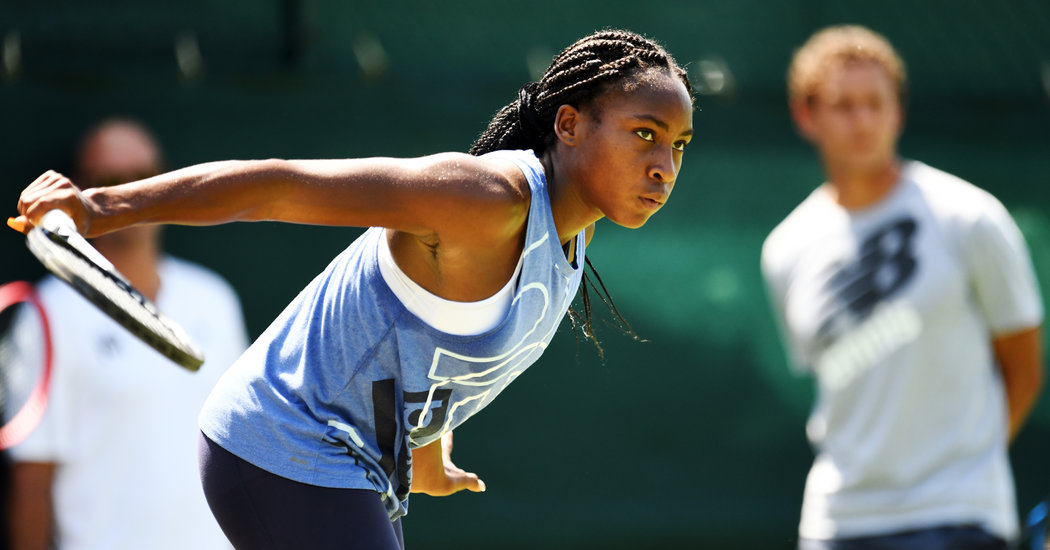