The pair – who both failed to find love in the villa – have showered each other with compliments online, despite not meeting on show. 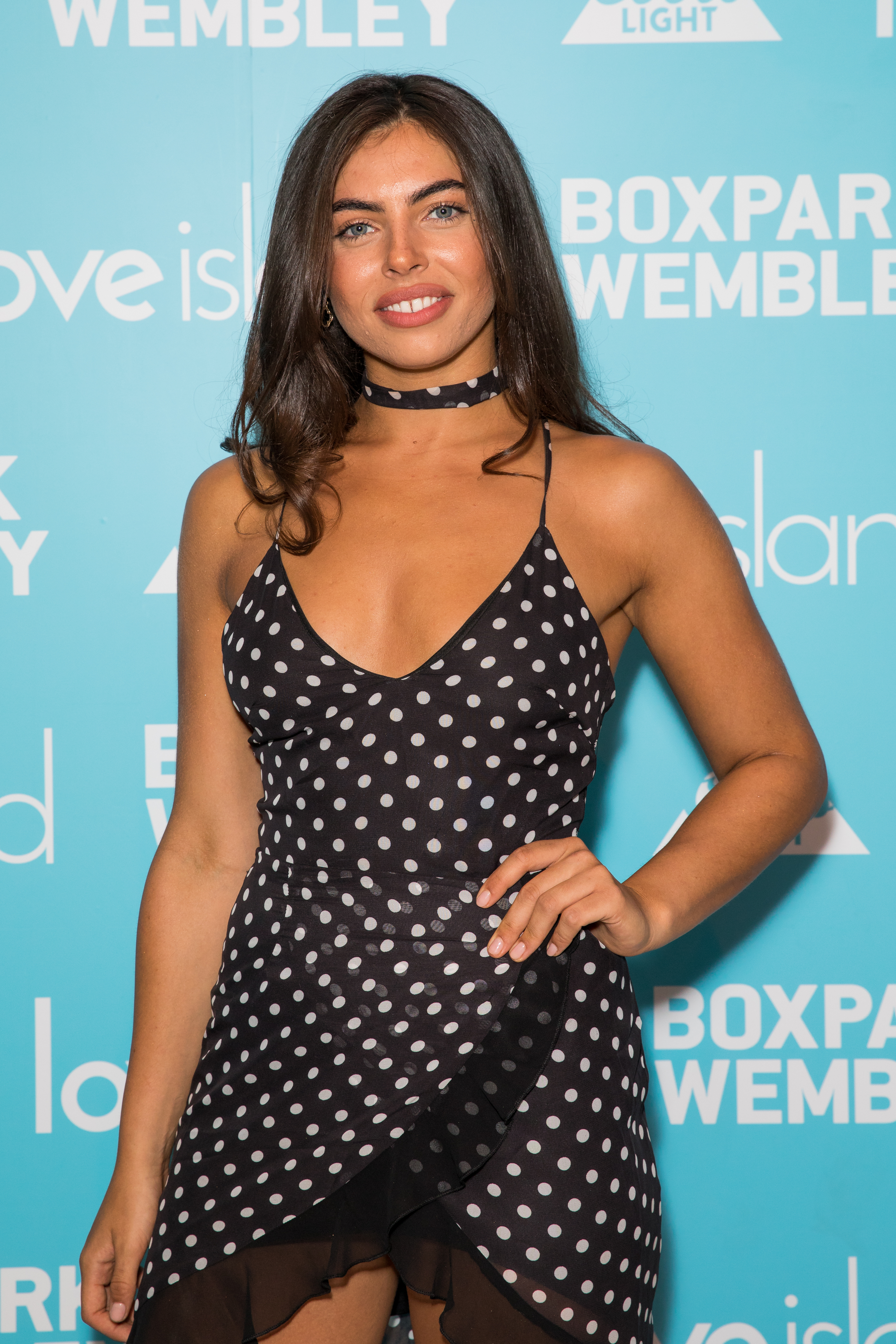 Underneath one image of Francesca wearing a tight pencil skirt and leopard print top, Dennon remarked: "The sexy sub teacher everyone wants."

Showing his appreciation on other posts, he added a series of fire emojis and Francesca has been reciprocating the praise.

Beneath one of his snaps, she gushed: "Gains and ting."

Francesca and Dennon have met since leaving the show and have attended a number of the same events together since. 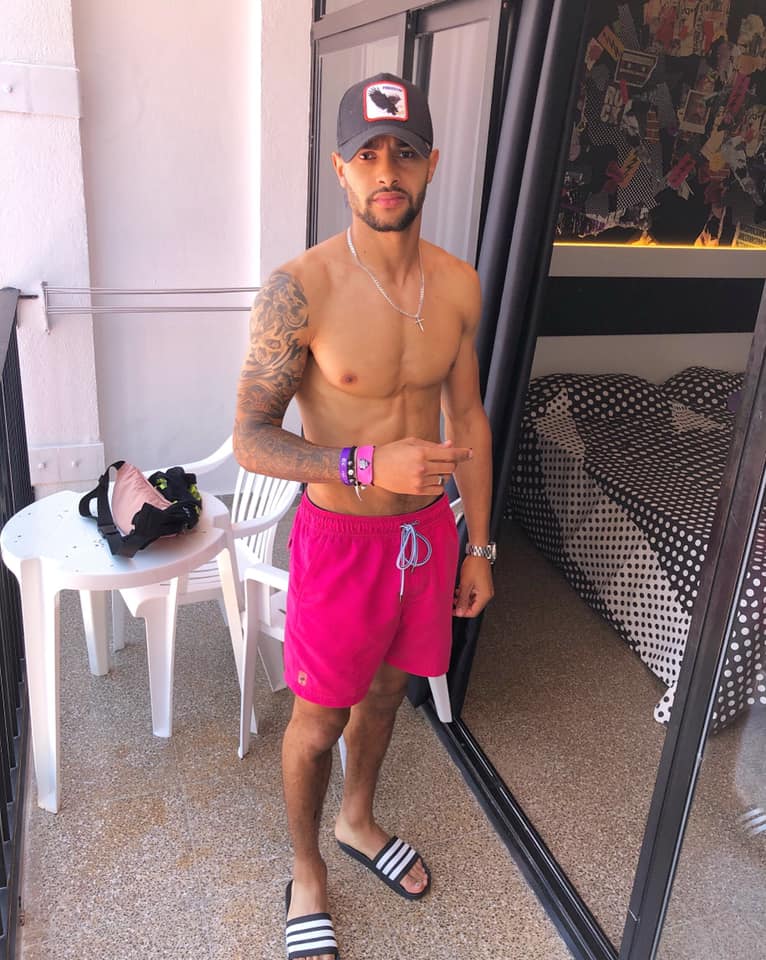 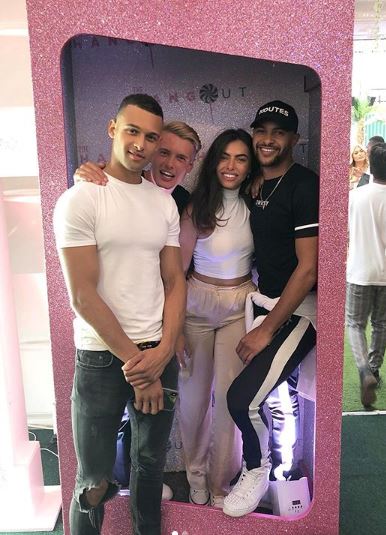 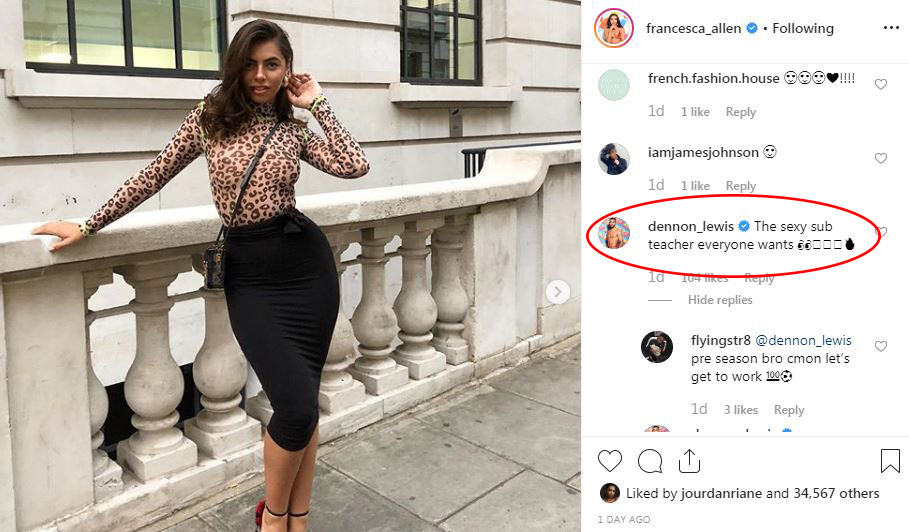 Dennon entered the show in Casa Amor and caught the eye of Maura Higgins.

He went up again Marvin Brooks to win her affection and despite snogging, she ended up picking Marvin to take back to the main villa.

Boutique owner Francesca entered the villa after Casa Amor and swooped in and coupled up with Curtis before Maura had a chance to.

But after a few days Curtis told her he would be leaving their shared bed and sleeping on the daybed out of respect for Maura and later said he would be pursuing things with the Irish grid girl. 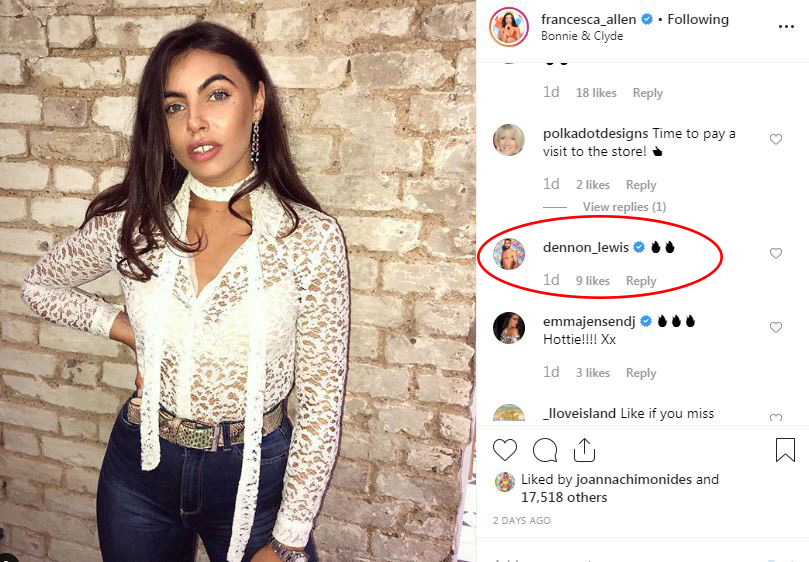 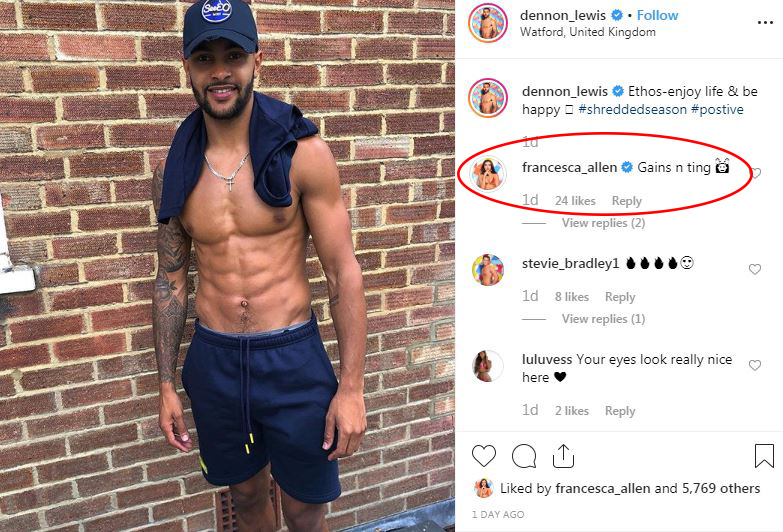 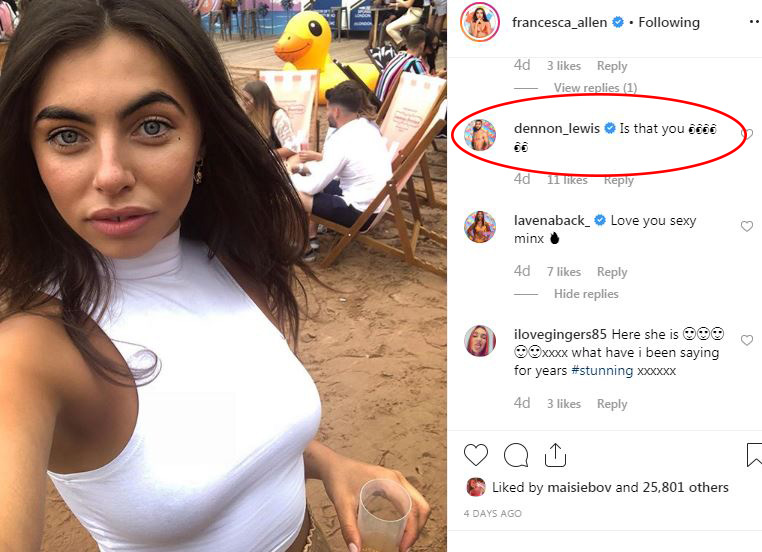 She then coupled up with Michael in a friendship couple, but the pair were soon booted out of the villa.

During the show’s finale viewers felt like was snubbed from the round up last night after she called Caroline Flack a 'dirty paedo'.

Francesca apparently called Caroline a 'dirty paedo' to her face after the telly star had split from her much-younger lover, Harry Styles, who was 17 while she was 31.