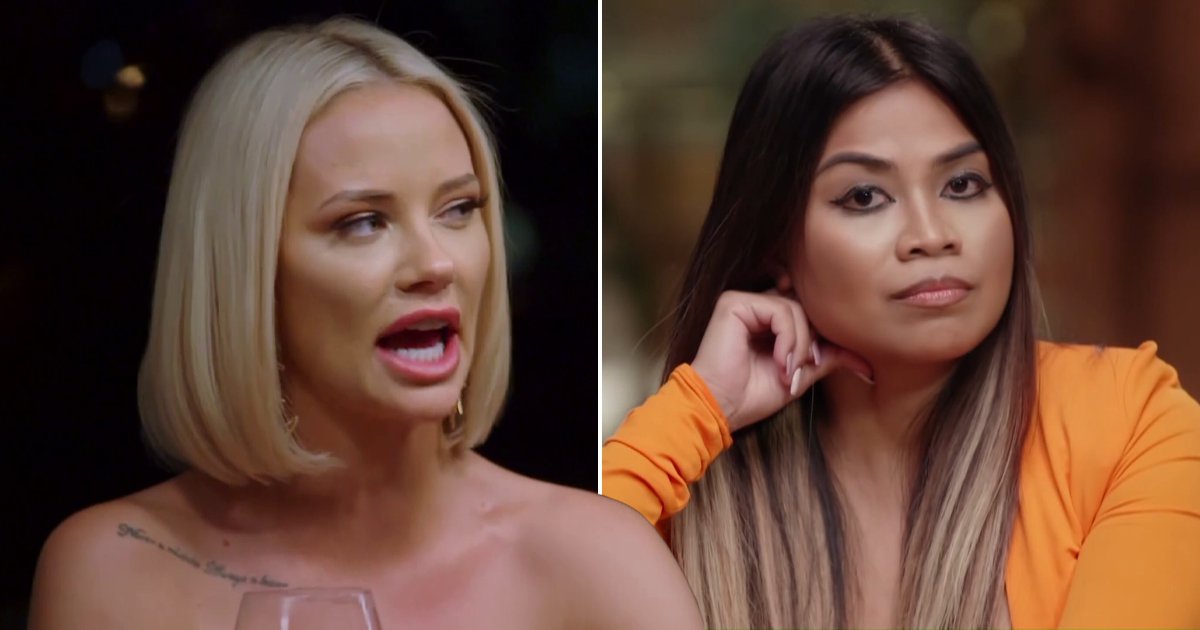 Married At First Sight Australia season six is currently airing in the UK, blessing viewers with more drama than we can all cope with.

However, it turns out there was a row that was so brutal between Jessika Power and Cyrell Paule at the tense reunion show, it was cut from the final episode.

Appearing on Australian radio show Jimmy and Nath, Jess spilled the beans on what went down, confessing that the argument had never aired.

‘They didn’t show a lot of it,’ she told the hosts, while throwing the blame at Cyrell and Ines Basic.

‘Cyrell was just attacking everybody from the get-go – I was the last victim on her little list.

‘The level of language that was used by her and Ines – I was gobsmacked. It was really a hostile situation.’

Jessika explained that it wasn’t all directed at her, stating that co-star Mike Gunner also bore the brunt of the anger.

‘It was directed first of all at Mike, calling him the S bombs and the C bombs,’ she continued. ‘It was language that ladies don’t use at all.

‘Not even men use that sort of language.

‘Then there was a thing saying I come from scum. Imagine the worst of the worst, that’s what was coming out of Cyrell’s mouth.’

Viewers have seen Cyrell directing her tempter at Martha Kalifatidis in previous episodes.

Things took a dramatic turn when Martha appeared to spark rumours that Cyrell’s husband, Nic Jovanovic, had touched Jessika under the table at a dinner party – something he insisted was just meant as a friendly gesture.

A member of the security team had to pull Cyrell and Martha apart in shocking scenes, when the rumourmill came to a head.

But, seeing as Jessika later made a move on Nic at the next group meeting, it seems fans have a lot more drama to come.

Married At First Sight Australia season six airs on weeknights on E4, and is available to stream on All4.