‘Schumacher’, a new documentary on the legendary F1 driver, will be released on Netflix on September 15 to coincide with the German’s entry into the sport 30 years ago. As well as interviews with Corinna, the driver’s father Rolf, his brother Ralf and his children Gina-Maria and Mick, there are also clips including prominent F1 figures including Jean Todt and Bernie Ecclestone. Michael has the joint-record with Lewis Hamiton of seven World Driver’s Championship titles and at time of retirement in 2012, he held the record for the most race wins.

In December 2013, the F1 icon suffered a brain injury in a skiing accident and was placed in a medically induced coma for six months.

Since, updates on the driver’s condition have been kept extremely private.

Corinna has been praised by the likes of Mr Todt in the past for how she has cared for her husband since the accident and in the documentary she opens up about her love for the former athlete.

She says: “First of all, I think I’m extraordinarily fortunate to have met Michael.

“He’s simply the most lovable person I’ve ever met.

“I once made dinner for him on his birthday. He was the only one who helped me to clear up and do the dishes.

Corinna, who married the racing driver in August 1995, added: “He was really funny and that’s what I saw in him.

“I fell in love with him simply because he was a wonderful person, I just sensed that he was something special to me.

“I never once thought, ‘He’s a terrific racing driver at the start of a dazzling career.’

“No one could have guessed that would happen.”

The driver, who was notorious for pushing his car to the very limit for sustained periods of time, only suffered one major injury during his career, when he broke his leg at the British Grand Prix in 1999.

However, his luck appeared to run out when he sustained a very serious skiing injury shortly after his retirement.

The documentary sees Corinna offer a rare insight into the driver’s condition.

She reveals: “Michael is here, different, but he’s here and that gives us strength.

“He still shows me how strong he is every day.”

“We live together at home, we do therapy, we do everything we can to make Michael better and to make sure he’s comfortable and to simply make him feel our family, our bond.

“And no matter what, I will do everything I can. We all will.

“We’re trying to carry on as a family, the way Michael liked it and still does, and we are getting on with our lives.”

Michael and Corinna’s son, Mick, who is racing in his first F1 season for Haas told BBC 5 Live at the weekend that his father would remain the best driver ever irrespective of what Hamilton achieves.

Watch Shumacher on Netflix from September 15. 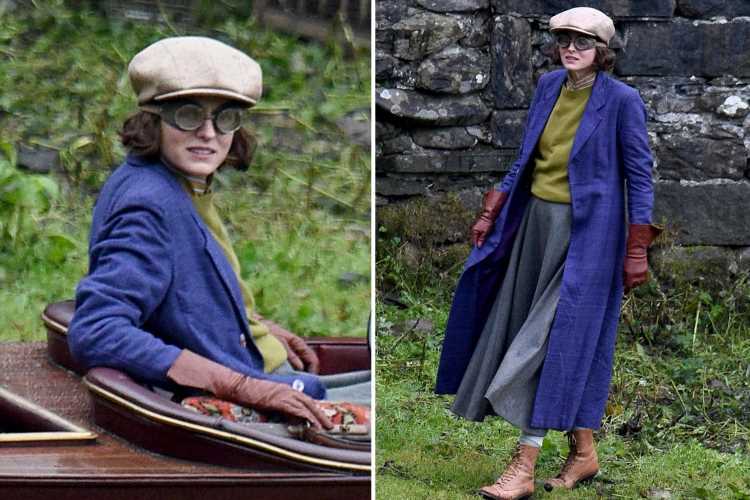