Miguel Herrán has revealed an embarrassing backstage blunder from behind the scenes of Money Heist this week on Instagram. The Spanish Netflix star revealed the crew had somehow misspelt his name despite starring as the young bank robber Rio for the last four years.

Principal cast member for the ongoing Spanish thriller Money Heist Miguel Herrán has exposed an inexcusable error from behind the scenes of the show’s fifth and final season.

Herrán took to his recent Instagram Story to reveal his surname had been misspelt on a panel outside one of the show’s sets.

Despite his pivotal role in the last four parts of La Casa De Papel, the actor’s surname had been spelled ‘Herranz’.

Venting his frustration at the rogue ‘Z’ and absent accent in his name, Herrán presented his middle finger to the egregious production blunder. 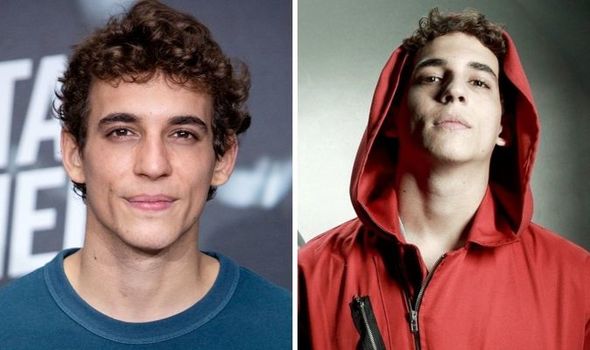 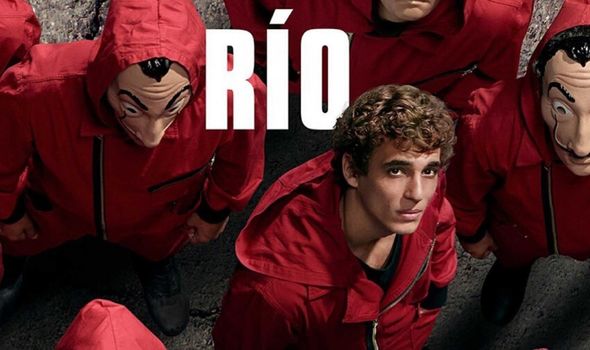 His Spanish caption translated as: “4 years working here and they still don’t know my name.”

The 24-year-old actor has starred as Aníbal Cortés/Rio since the series began on Spanish network Antena 3 in 2017.

After acquiring international rights to the popular crime series, worldwide streaming service Netflix have since taken over for the show’s final three instalments.

Production for the series began in Madrid in January 2017, meaning the cast member has been part of the Money Heist team for well over four years now. 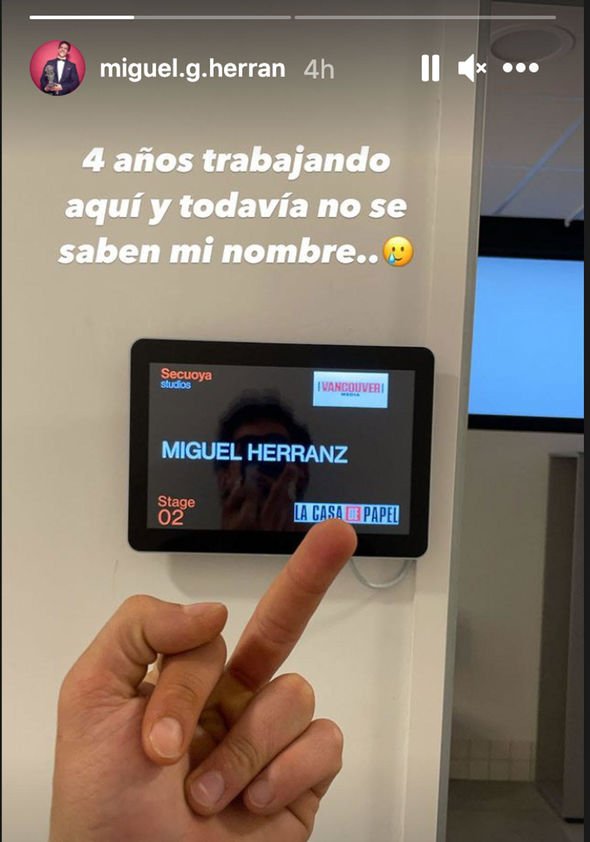 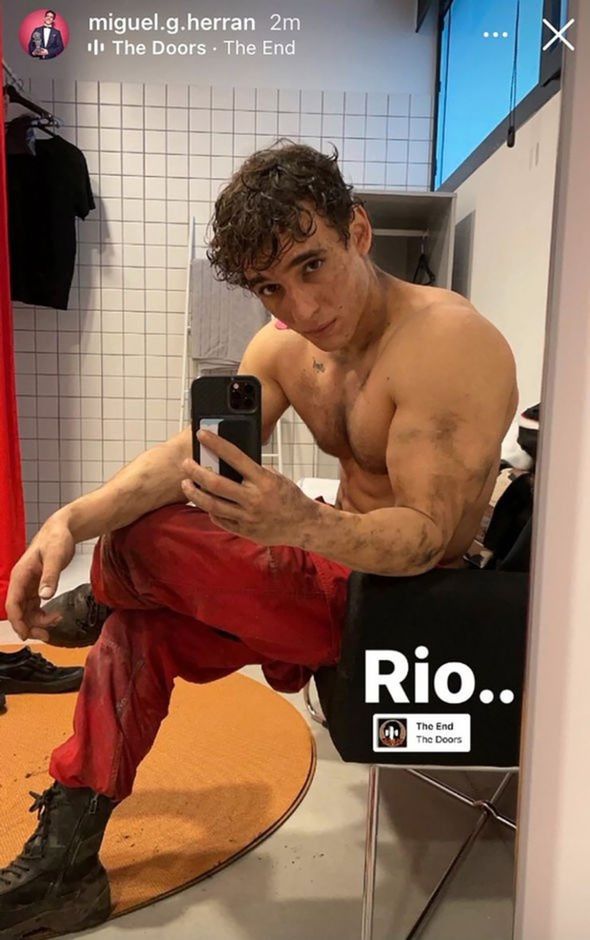 Even so, someone on the production crew for Part Five somehow managed to misspell the name of one of Money Heist’s biggest names.

Thankfully, Herrán seemed to take the mistake in his stride as he accompanied the post with an ironic crying emoji.

As production reaches its final stages in Madrid, the star has been keeping his followers updated on the state of Money Heist’s final season on Instagram.

Despite becoming one of Netflix’s most popular streaming series over the past few years, his latest IG Story confirmed some blunders can still slip through the cracks.

Other highlights on his personal page have included some worrying shots of the actor covered in grime and fake blood.

Some of these posts have hinted at an unfortunate end for Rio in season five, with some fans even predicting his character will die before the final credits roll.

Additionally, new posts from the cast and crew also seem to hint filming on the next episodes is finally starting to wind down.

Now, reports suggest the extended fifth season has entered its last days of filming as much of the cast are speculated to have left the set.

However, recent comments from the show’s creator Álex Pina have warned fans the series may not be returning to Netflix until after the summer.

As the lengthy hiatus continues, Money Heist fans have been using the last months to brush up on the series so far and come up with some outlandish theories for season five.

Money Heist Parts 1-4 are available to stream on Netflix.