Ada Maris has been a working actor in TV and film since the mid-1980s.

Over her long career, which includes co-starring in the NBC drama “Nurses,” 1986’s “About Last Night” and most recently FX’s “Mayans M.C.” and HBO Max’s “The Garcias,” the Mexican American actor has been dismayed by the stereotypical and often racist portrayals of Latinos that persist in TV and film.

Lately, however, as the streaming explosion has pushed the boundaries for premium content outlets, Maris has been encouraged by the rising number of TV shows with nuanced characters and authentic portrayals of Latino communities. But in late September, she was shocked to come across the small role of a housekeeper in the first episode of the upcoming Netflix comedy series “Uncoupled” that she found to be well over the line into offensive.

The series stars Neil Patrick Harris as a successful forty-something professional in New York who has to navigate the dating scene anew after Colin, his husband of 17 years, abruptly walks out on him. “Uncoupled” was created by Darren Star and Jeffrey Richman for Jax Media and MTV Studios.

“When I opened it and saw that it wasn’t even funny – it was hurtful and derogatory – I was shocked because I walked in expecting something very different given the way things are nowadays and the progress we’ve made,” Maris told Variety.

In a statement to Variety, Netflix apologized to Maris and said the character was no longer part of the series.

“We’re sorry that Ms. Maris had a negative experience, and this character will not appear in the series,” a Netflix spokesman said.

Maris had been excited when her agent told her that Netflix was casting for a series to star Harris. Then she read the sides for the role of Carmen, the housekeeper for Harris’ Michael, in the script for the first episode penned by Star and Richman.

The character has two scenes. Carmen is introduced as being “nearly hysterical on the phone” with Michael because she thinks there’s been a burglary in the apartment when she sees that Colin’s possessions are missing.

“Mister, I just get here and they stole!”

The broken English continued in Carmen’s next line: “They stole! They rob you! I don’t know how they get in.”

In the second scene, Carmen takes a glass that Michael has just washed at a sink and says “No, I do that. You don’t clean good, you always leave a ring.”

Maris was outraged by those lines and the characterization of the housekeeper. She vented at her agent by phone for a few minutes for sending it to her.

But the more she thought about it, the more Maris said she was surprised that prominent gay men such as Star and Harris would not be more sensitive to caricatural portrayals of people from marginalized communities.

“You are modern gay men. How would you like to watch or play an outdated, offensively stereotypical gay part?” Maris said.

Harris is one of five executive producers on the series, along with Jax Media’s Tony Hernandez and Lilly Burns, Star and Richman. Harris is not writer for the show and he was not involved in the casting process for the Carmen role.

Representatives for Harris, Star and Richman declined to comment as did MTV Studios. It’s unclear if the decision to drop the character was influenced by the backlash from Maris. “Uncoupled” announced five supporting cast members on Oct. 25 but the Carmen character was not among the roles.

A few days after she read the “Uncoupled” sides, Maris channeled her outrage into an open letter that she penned to Harris and Star and shared with Variety. She hopes to encourage the creative community to be vigilant about stereotypes even at a time of greater opportunities for creators from under-represented backgrounds.

As an established actor, Maris said she felt an obligation to make an example of what she read in “Uncoupled” to sensitize writers and producers to the damage that is done by one-dimensional portrayals that cross a line into demeaning.

The fact that the Carmen character was a housekeeper gave her a bit of pause from the start, but she was open to anything that felt funny and authentic. One of Maris’ first TV roles was as a maid with a rich story of her own on the 1986-87 Yakov Smirnoff sitcom “What a Country.”

Maris emphasizes that she is gratified to see the expansion of Latino-focused storytelling through such series as Netflix’s  “Gentefied,” the Netflix/Pop TV comedy “One Day at a Time” and even more than a decade ago with ABC’s “Ugly Betty.”

Her own career is thriving at a time of peak TV employment for established actors. In 2019, Maris hit a high with a series regular role on FX’s “Mayans M.C.” while also starring with her husband, actor-director Tony Plana, in a play at New York’s Public Theater, Luis Alfaro’s “Mojada.”

“That was such a wonderful thing. It’s not supposed to happen for a woman in her 60s,” Maris said. “I get a lot of scripts to audition for. I know there’s lots of things out there.”

Maris was inspired to speak out in part after watching the new documentary “Rita Moreno: Just a Girl Who Decided to Go for It,” about the legendary trailblazer, EGOT winner and social justice advocate (and 2021 Variety Power of Women honoree), who is a longtime friend of Maris.

“I’m just fed up,” Maris said. “If I’m not going to say anything now, when am I going to say something? I just want (writers) to think the next time they write a character like that. I’m speaking out for the younger actors coming up so they face even less of that than my generation has.”

Maris reiterates that vigilance against racist tropes that are reflected in mainstream media is vital because of the influence that TV and movies have on pop culture, and on people.

“Young people are impressionable,” Maris said. “These media images shape our ideas of ourselves. That’s why it’s really important that the portrayals be more realistic, not hurtful. We need to see ourselves more like we really are.” 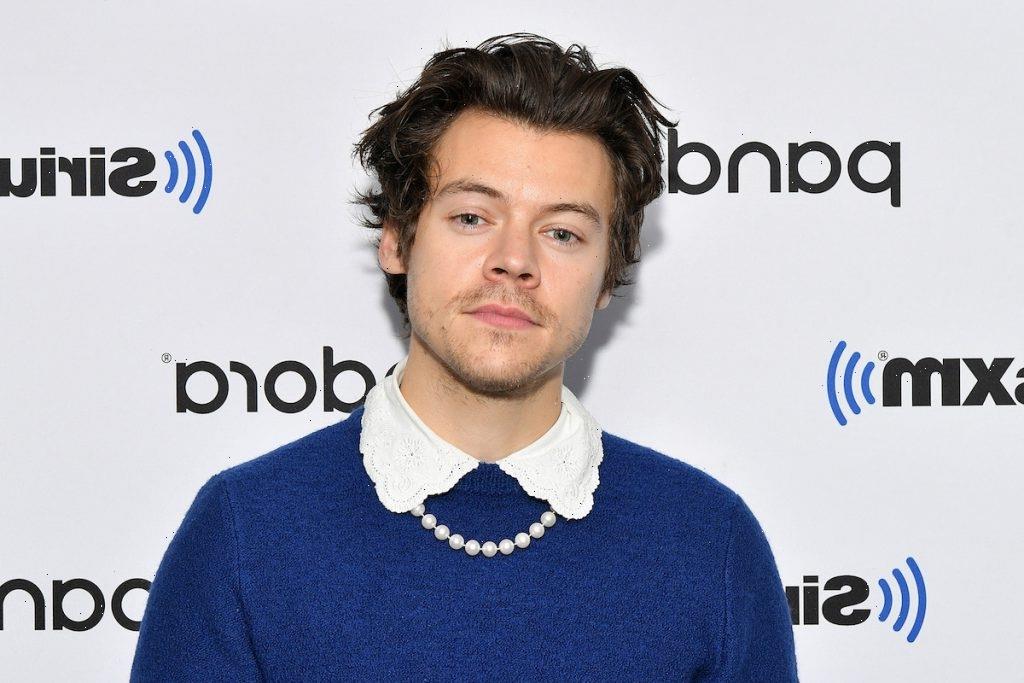