The Oscar-winning actress looked just like the iconic ‘I Love Lucy’ star in the debut trailer for the Amazon Prime biopic about the sitcom.

Lucy, I’m home! Nicole Kidman gave fans the first in-depth look at her in character as Lucille Ball in the all-new Amazon Prime movie Being The Ricardos in the trailer released on Wednesday November 10. The 54-year-old actress was spot-on for the comedy legend in the new Aaron Sorkin written and directed movie, which she stars in alongside Javier Bardem, who plays Lucille’s husband and co-star Desi Arnaz as well as J.K. Simmons, Clark Gregg, and many more.

The Academy Award-winning actress looked just like Lucille did during her I Love Lucy hey-day of the 1950s. While the original sitcom was in black-and-white, Nicole had Lucille’s iconic red hair and had it styled just like her. She also looked fabulous in the classic 1950s fashion. Javier also looks spot-on as Desi, with his classic slicked over hair. While the trailer was mostly in color, it did also have a black-and-white snippet, that was included in the previously released teaser that had the Moulin Rouge! star recreating the famous grape-stomping scene from I Love Lucy! 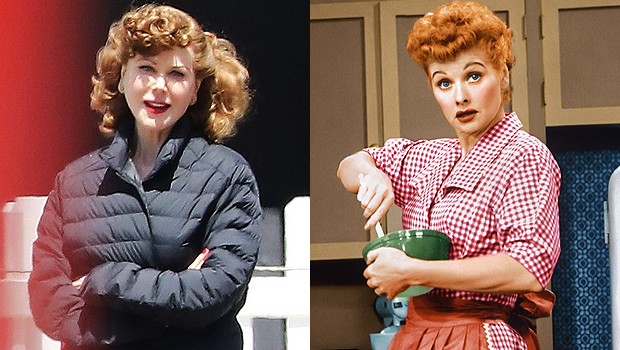 The trailer shows clips from the movie that give a sense of the film’s plot, which follows both Lucille’s relationship with Desi and an investigation into sitcom actress’s politics, after reports came out that she was registered as a member of the communist party. In the trailer, Nicole delivers an incredible impression of Lucille, imitating her instantly recognizable voice. At a point in the trailer, a voiceover can be heard from Nicole saying the lines: “I’m Lucille Ball, when I’m being funny, you’ll know” and asking “Have you been cheating on me?”

Nicole Kidman Then & Now: See Photos Of Her From ‘Days Of Thunder’ To ‘Big Little Lies’ 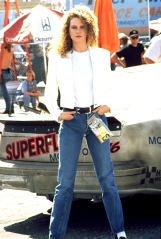 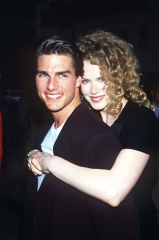 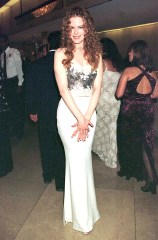 Being The Ricardos will hit theaters on December 10, and it will be available to stream on Amazon Prime on December 21.

Nicole had previously expressed her excitement to work with Javier and Aaron ahead of the movie, and said that she watched tons of I Love Lucy in a January interview with Variety. “I love Lucille, having looked now and delved into her,” she told Variety at the time. “She’s an amazing woman. I’m very excited for people to see what Aaron found out about her and the way he’s interpreted Desi and Lucy and the way that it’s so rich. I didn’t know any of this.”