Halfway through the inaugural season of AMC’s NOS4A2, the series is ramping up the personal stakes and danger for its central characters. Last week’s episode, “The House of Sleep,” opted for full blown taboo breaking terror with a harrowing peak into the twisted past of 135-year old vampire Charlie Manx’s righthand man, Bing Partridge (Olafur Darri Olafsson). Within the span of a single episode, Bing Partridge transformed from simple-minded pawn to arguably the most dangerous opponent plucky heroines Vic McQueen (Ashleigh Cummings) and Maggie Leigh (Jahkara J. Smith) will have to face.

Yet, for all of the episode’s shocking reveals, the buzz around both it and the entire series has been fairly quiet since the premiere. It’s a shame, because NOS4A2 is delivering some of television’s best horror that warrants more discussion and viewership.

Why it’s worth taking a trip to Christmasland

Adapted from Joe Hill’s sprawling novel by showrunner Jami O’Brien, the horror-drama takes a unique approach to the vampire mythos.  Charlie Manx (Zachary Quinto) may bear an antiquated personality exhibited in most portrayals of ancient vampires, but his modus operandi is wholly modern. He doesn’t maintain his immortality with the blood of his victims. He regains youth from feeding off of the souls of children. With the aid of his henchman, he kidnaps children and drives them to “Christmasland” in his 1938 Rolls-Royce Wraith, while the car transfers their essence to him and transforms the children into homicidal husks of their former selves. Christmasland is more than just a holiday wonderland, it’s an inscape – one of many inner worlds created by the minds of gifted people (folks with unique powers and abilities). Only another gifted person with an inscape of their own could potentially stop Manx from his child-devouring rampage. In other words, NOS4A2 is very much a superhero and supervillain origin nestled in the shiny wrapping of a horror story.

As for the heroes, that’s where Vic McQueen and Maggie Leigh come in. At the series outset, quirky librarian Maggie has a personal stake in tracking Manx. He’s kidnapped someone close to her. Her inscape is a Scrabble tile bag, and the tiles within have the ability to spell out answers to any questions she may have. They lead her to Vic.

Borrowing from the archetypical Hero’s Journey, Vic McQueen begins the show as any other adolescent struggling with the transition into adulthood. Her world seems ordinary, though frustrating. She dreams of attending art school, but her working-class upbringing seems to have her shackled to Haverhill, Massachusetts. It’s not just the financial situation that threatens to thwart her dreams, but her increasingly complicated home life. Throw in the discovery of a brand-new gift of her own, the ability to find anything she desires with her own inscape, and the burden of burgeoning adulthood weighs more heavily upon her than most Vic’s age.

The Hero’s Journey always begins with the reluctant hero’s initial refusal of the call to adventure. For Vic, her refusal stems from an already full dance card of responsibility and life’s obstacles. The realization that the people she held in highest regard fail her the most. That it can be so easy to misjudge someone in catastrophic ways. Even that the smallest of dreams can be crushed under the weight of reality, and the path to move forward shoved further out of reach. Above all, that her new ability comes with a hefty cost to use it.

NOS4A2 is unlike any other horror series

On a surface level, it’s the promise of a new take on the vampire tale that indicates this horror series is unlike any other. Though Manx and Bing Partridge’s method of kidnapping children and destroying any parents that get in their way provides for the most intense moments of the show, and the transformations of both Manx and his children are a visual feast, it’s not what makes this show special.

It’s Vic’s journey that sets this series apart from any other genre series. NOS4A2 begins as a heavy character driven drama that examines the class divide, and the horror becomes a warped source of stability. When Vic’s world is crashing down around her, the otherworldly Charlie Manx presents an outlet for her rage.

“The House of Sleep” also sees Vic finally answer her call to adventure because Manx takes something personal from her. He’s coming for her, and he’s made his first move toward their inevitable confrontation. By Vic finally embracing what a threat Manx is to her and those she holds dear, she’s acknowledging a world where inscapes and gifted people exist. That she herself is one of them. The acceptance gives her a sense of normalcy that the real world, her reality in Haverhill, couldn’t.

Vic’s options in life don’t present much optimism. She’s either doomed to follow in her parents’ footsteps, or she faces death at the hands of an experienced and lethal vampire. At least the latter offers a semblance of control for our hero’s destiny.

NOS4A2 doesn’t shy away from dragging its characters through the mud. Through Cummings’ performance and showrunner O’Brien’s reworking of the character from page to screen, our heart breaks for Vic long before the supernatural elements settle into place. The horror grants a reprieve, but even that gets bleak. A soul-sucking, centuries old killer of children with an even more depraved human sidekick deliver the chills you’d expect with a show like this. All of which to say, the revulsion, shock, and fear permeates every fiber of this universe.

Why aren’t people talking about it?

Perhaps it’s as simple as the series’ title. NOS4A2 is a reference to the Wraith’s license plate, but more so it’s clever word play that denotes Manx’s vampirism. But from an outsider perspective with no working knowledge of the series, it can also be a bit of a puzzle.

Or maybe it’s that the pilot episode was a heady deep dive into this dense, complex universe. There’s no hand holding or tidy introduction to a cast of characters that tend to exist in that confusing gray area between good and evil. It’s messy, because human nature is messy. Like Charlie Manx’s endless patience with his kidnapped children, the show is in no rush to provide easy answers. In an era where so many shows can be binged in a sitting, that deliberate pace and weekly episodic release schedule could be a deterrent. Now that Vic’s answered the call and invested in her looming battle with Manx, that pace is only going to speed up from here.

NOS4A2 is a special series that’s unafraid to offer complicated characters and flawed heroes, or present a villain we can empathize with before revealing repulsive truths about them. It’s an authentic show that makes us care. It achieves this while delivering a specific blend of superhero and horror, making for a riveting 10-episode season that we should be talking more about. It’s not too late to catch up. 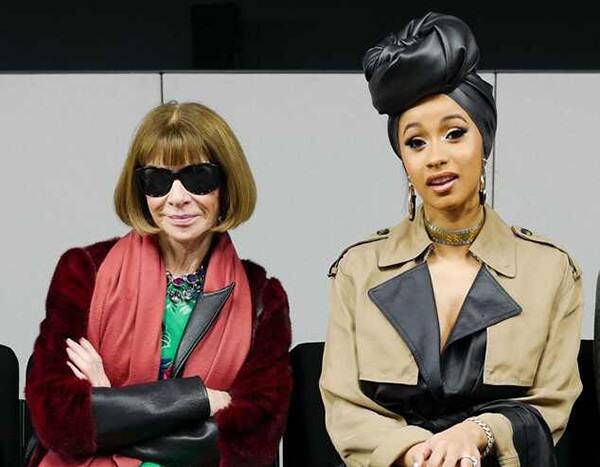